‘que le cheval vive en moi’ (may the horse live in me) by art orienté objet (marion laval-jeantet & benoît mangin)  is a medical self-experiment  / performance where the artist marion laval-jeantet allowed herself to be injected with horse blood plasma containing the entire spectrum of foreign immunoglobulins (following several months of precautions to build up her immune system). after the transfusion, the artist performed a communication ritual with a horse while wearing prosthetic horse-like stilts before her hybrid blood was extracted and freeze-dried. 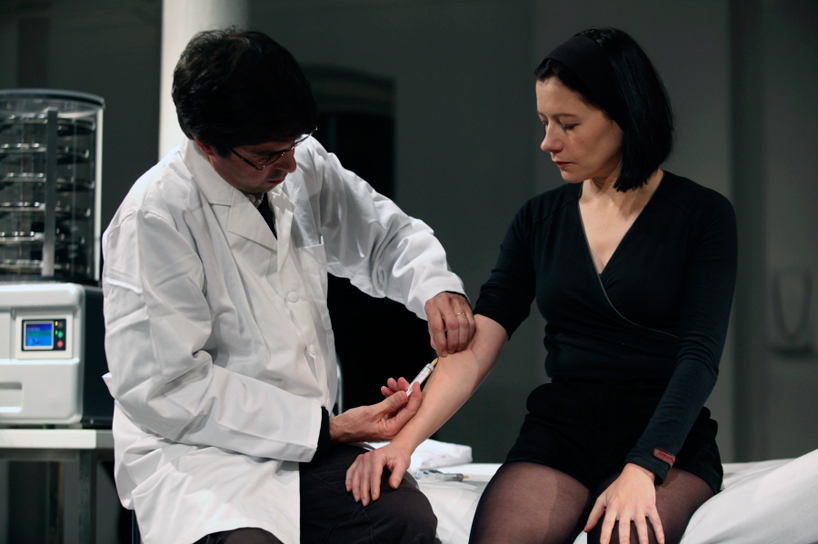 immunoglobulins are biochemical messengers that control, for example, the glands and organs of the endocrine system, which is also closely tied to the nervous system, so that the artist, during and in the weeks after the performance, experienced alterations in her physiological rhythm and her consciousness, which were characterized by heightened sensibility and nervousness. 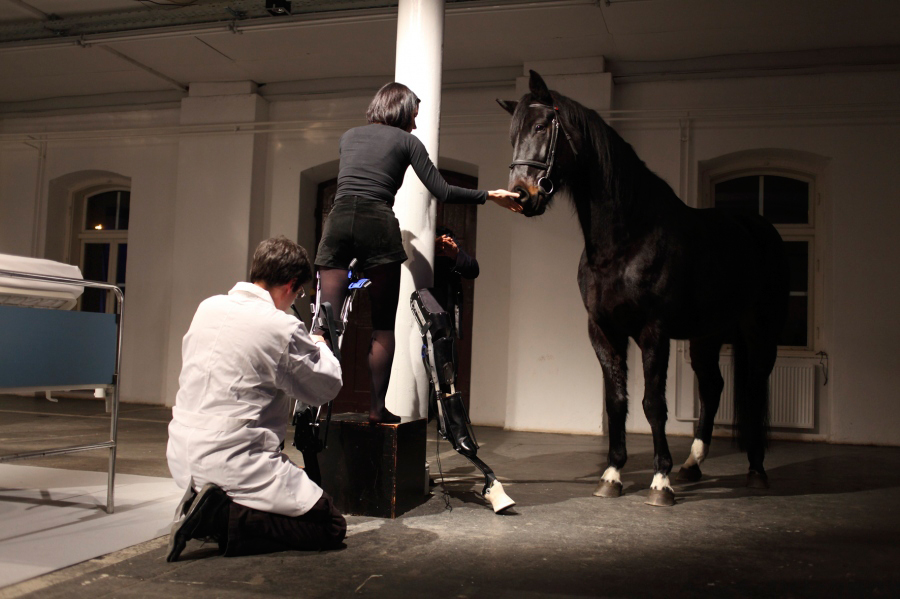 ‘I had the feeling of being extra-human, I was not in my usual body. I was hyper-powerful, hyper-sensitive, hyper-nervous and very diffident. the emotionalism of an herbivore. I could not sleep. I probably felt a bit like a horse.’ – marion laval-jeantet

video of the performance and artifacts from ‘may the horse live in me’ are currently on show as part of the exhibition ‘second lives: jeux masqués et autres je remains at casino de luxembourg – forum d’art contemporain on now until september 11, 2011. more detailed information on this piece can be found here and more images can be found here