combining famous historical paintings with images of 21st century technology, ‘art x smart’ has transported them into another time. the addition of smartphones onto masterpieces by artists such as cézanne, gogh and manet forces one to re-examine them and question the influence of technology on modern society. the works are intended to be humorous parodies of the way smartphones have dramatically changed today’s social interaction. the models in the classical paintings use the devices to play games, take pictures and listen to music, as though the action was of second nature to them, like it is for us. 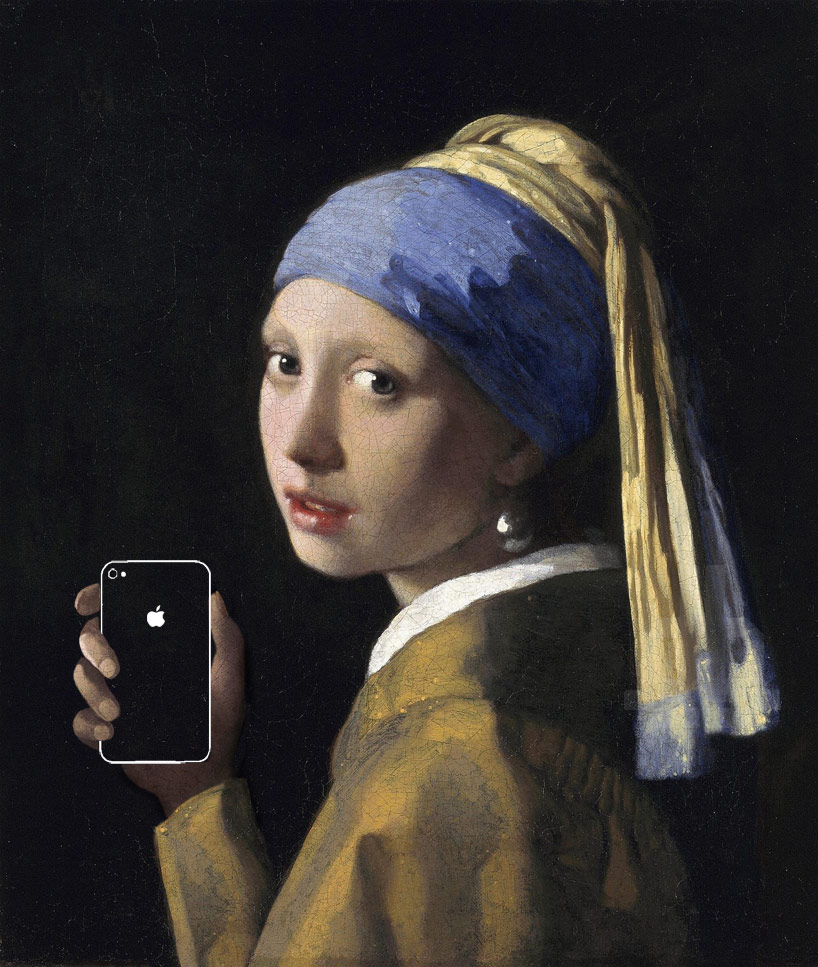 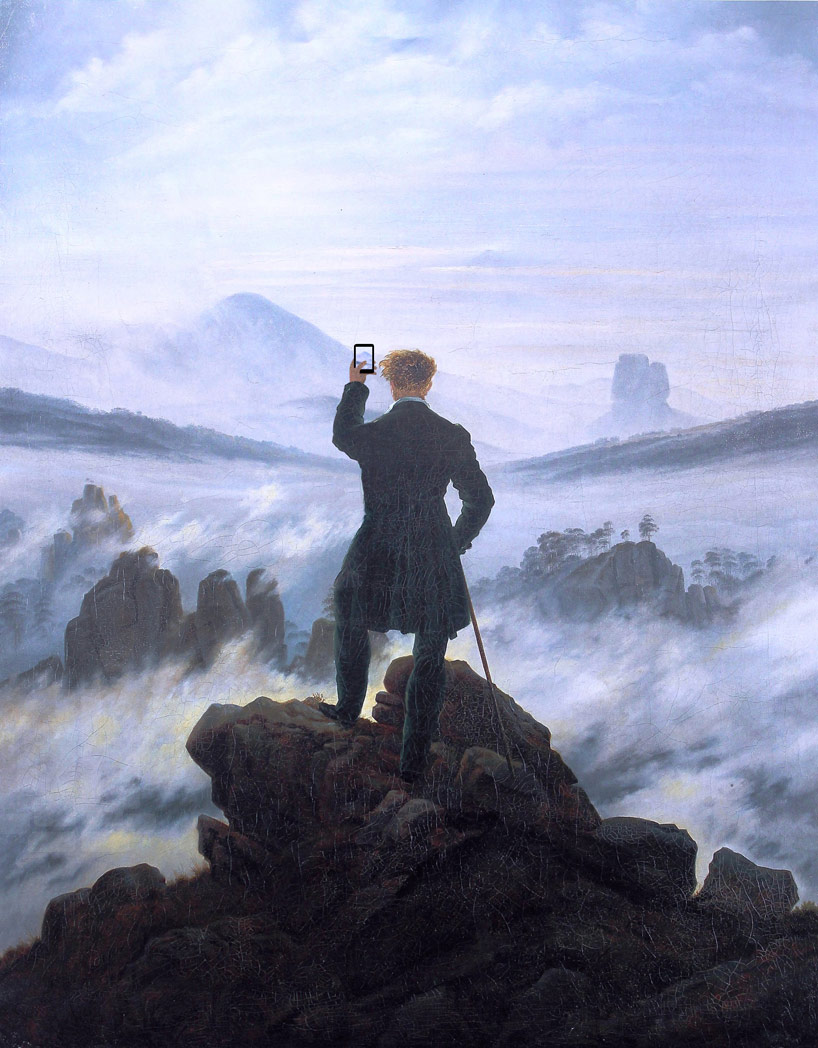 ‘when you see the amazing sight’ after ‘wanderer above the sea of fog’ by caspar david friedrich, 1818 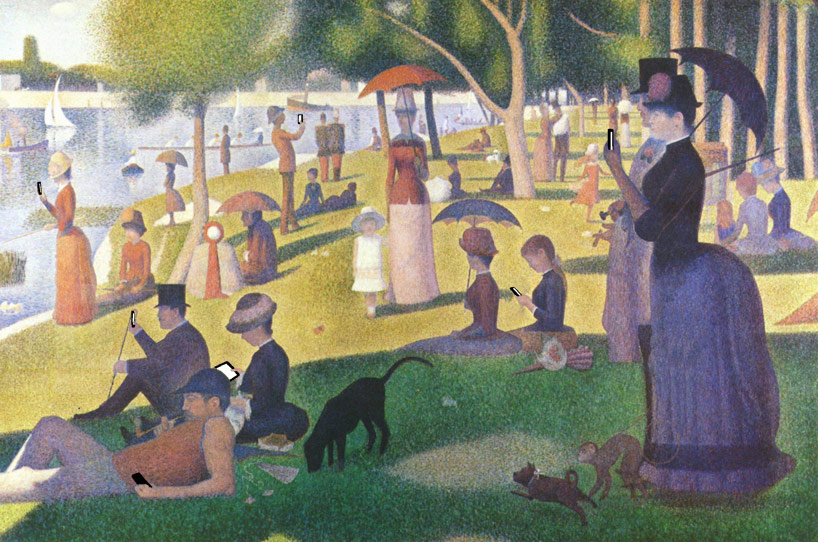 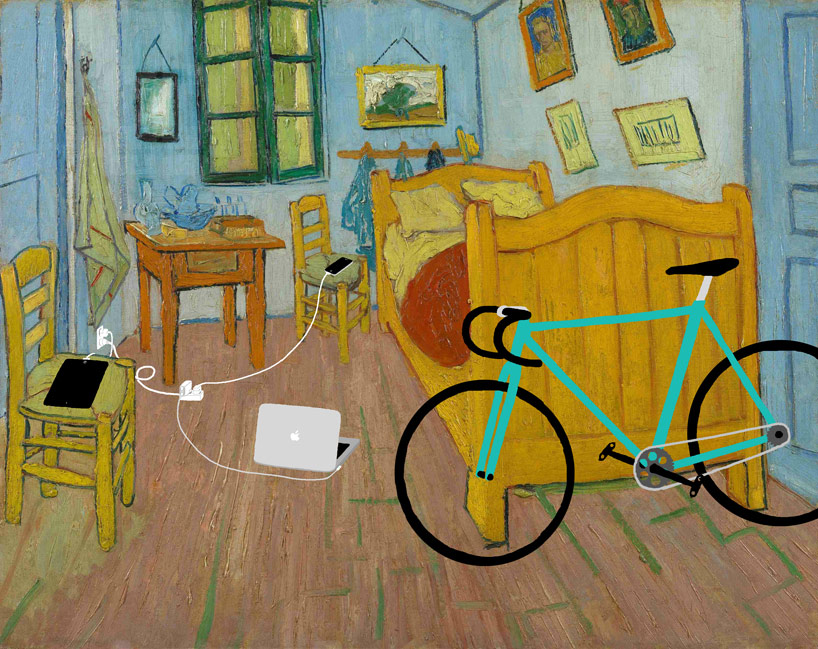 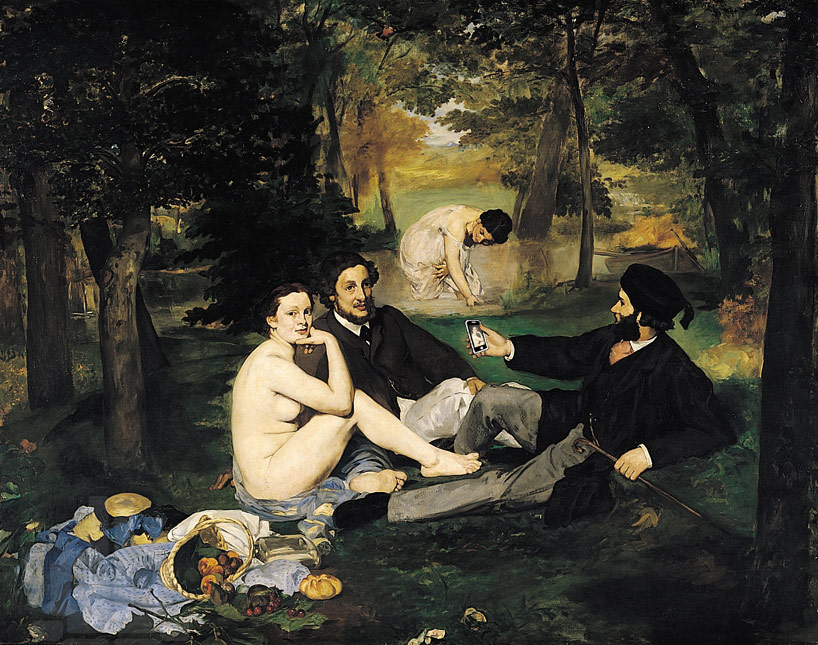 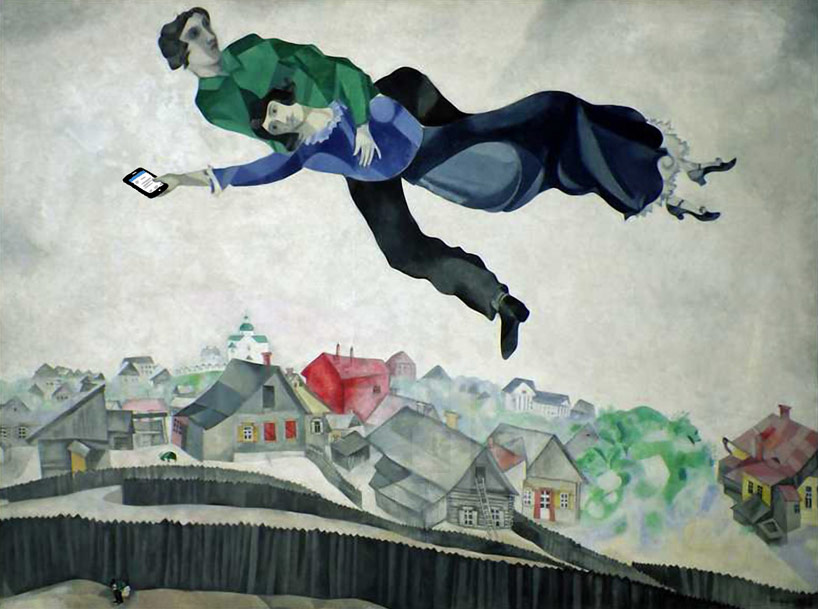 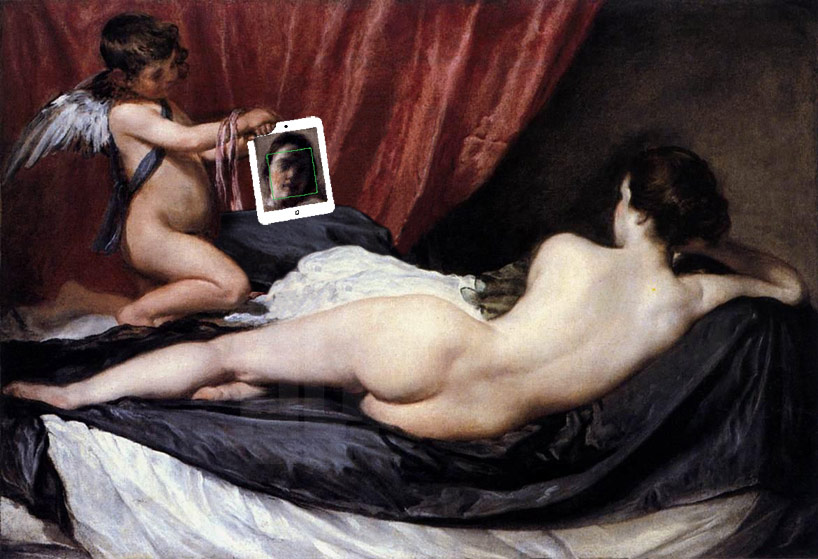 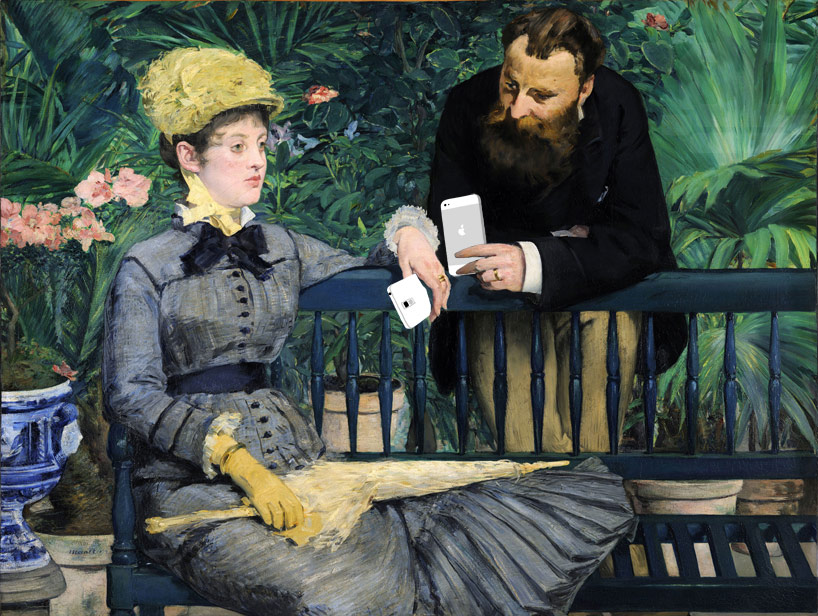 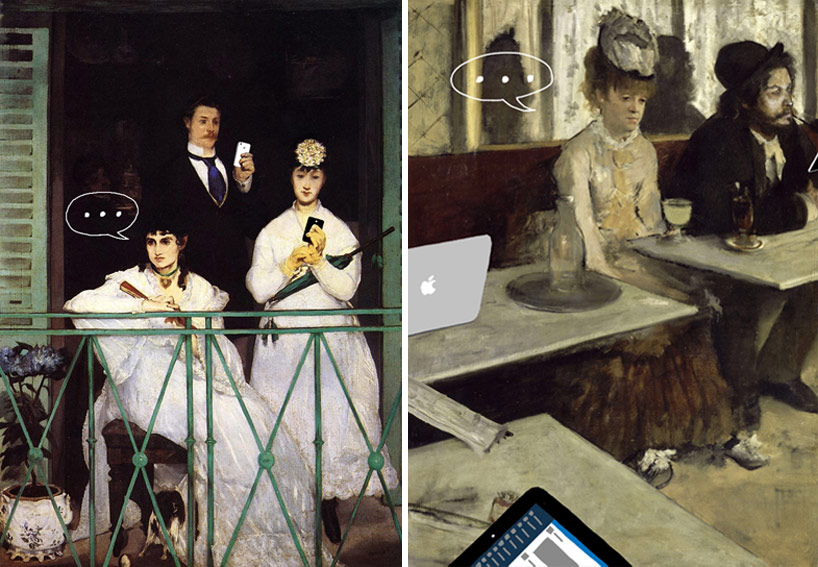 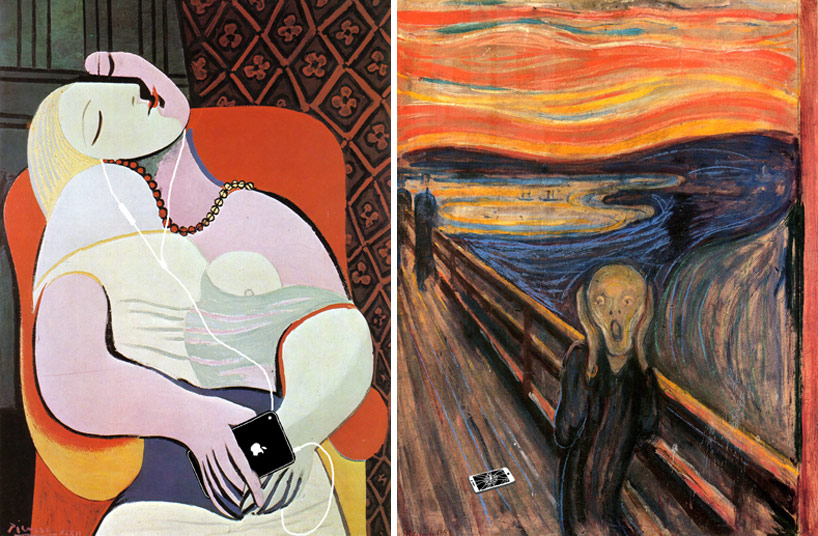 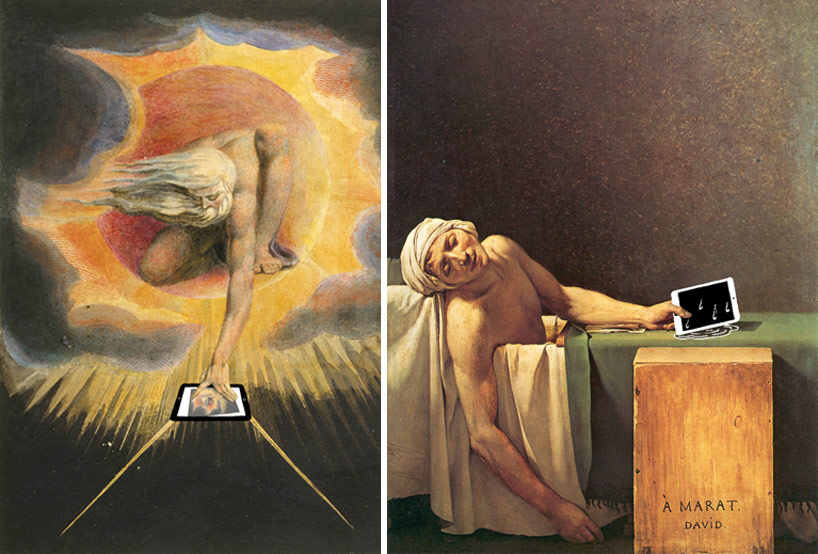 (left) ‘multi-touch zoom’ after ‘the ancient of days’ by william blake, 1794
(right) ‘don’t take the iPad in the bathroom’ after ‘the death of marat’ by jacques-louis david, 1793