within hip-hop culture, grillz have become an emblem of the wearer’s assumed over-the-top, ostentatious wealth. as an investigation into the stylistic and linguistic choices used in mainstream hip-hop songs, new york based artist and developer roopa vasudevan has created a series of 3D printed polished gold steel ‘grillz’, whose composition and arrangement has been formed from the algorithmic analysis of individual lyrics, with particular attention paid to mentions of money and income. 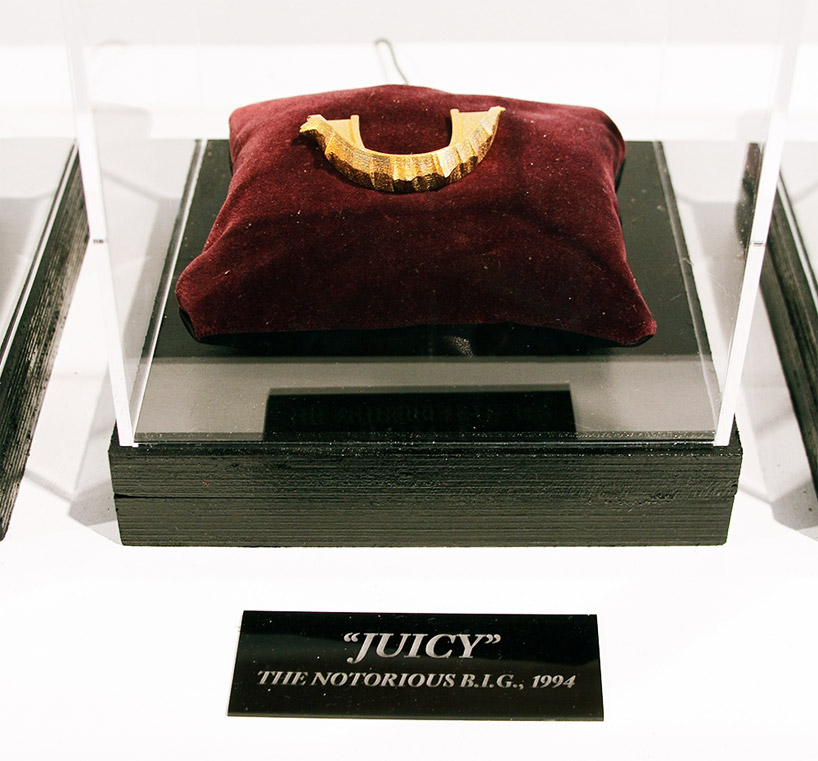 ‘juicy’ by B.I.G is rendered as a 3D printed set of grillz

references to poverty and struggle — such as mentions of the projects, drug dealing, prostitution — as well as to wealth — indicated by cars, cash, jewelry — have been scored according to their relative distance from words of the opposite polarity. the resulting landscape is extruded into a 3-dimensional shape and printed as wearable jewelry designed to fit over one’s teeth. the language was processed using the pygenius python library, and the models were created in processing, with the assistance of the geomerative and modelbuilder libraries. 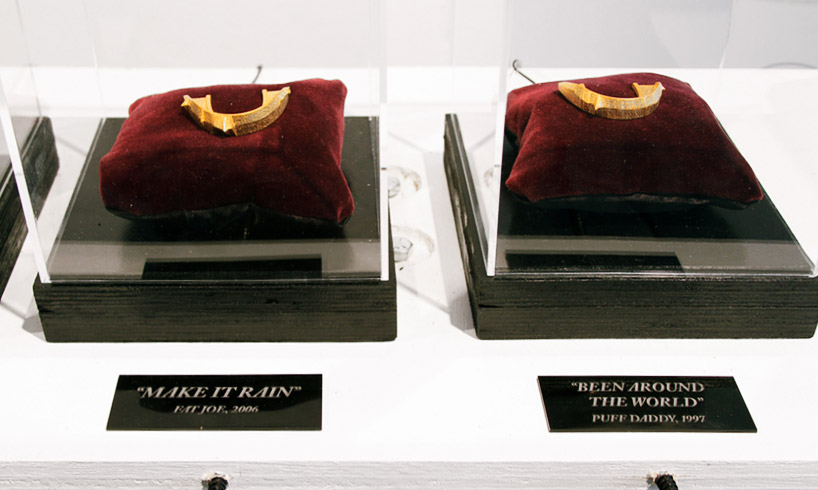 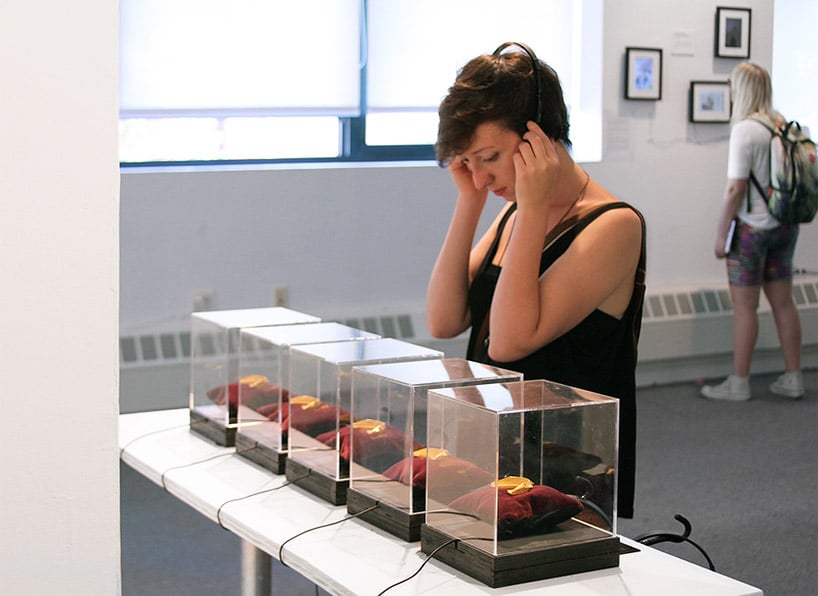 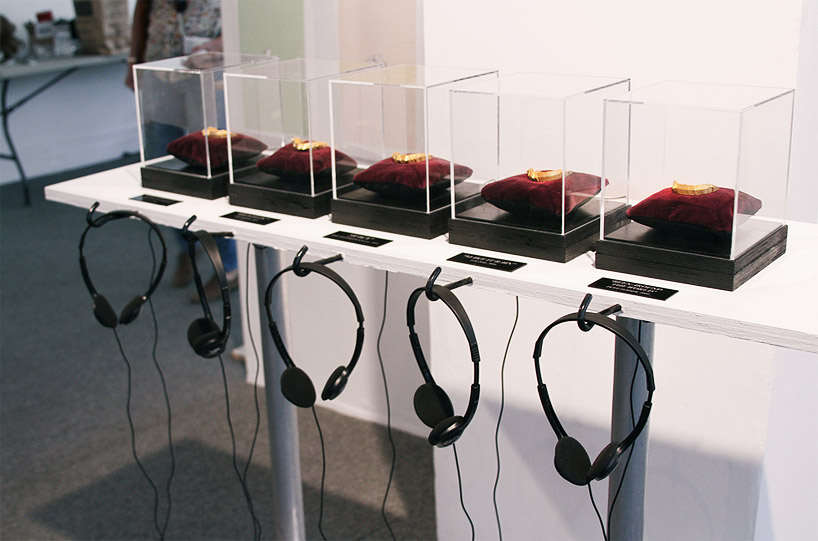 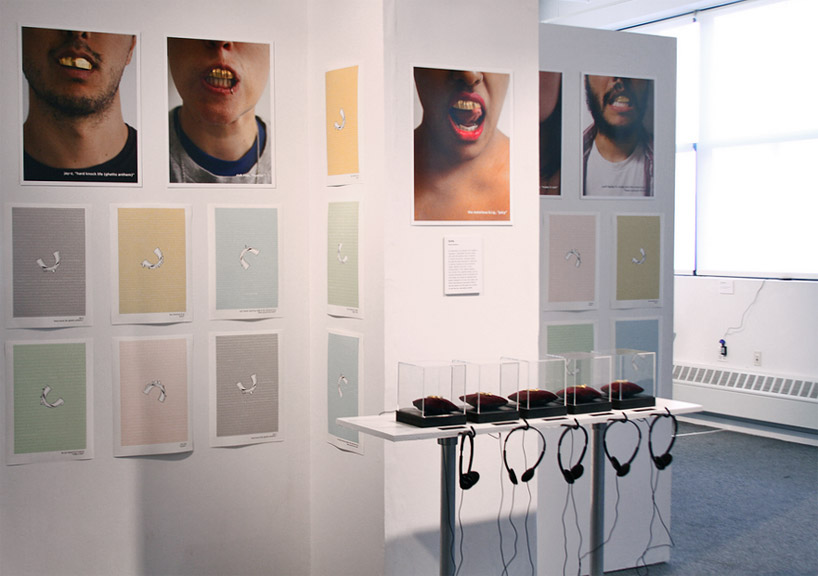 installation view of the series 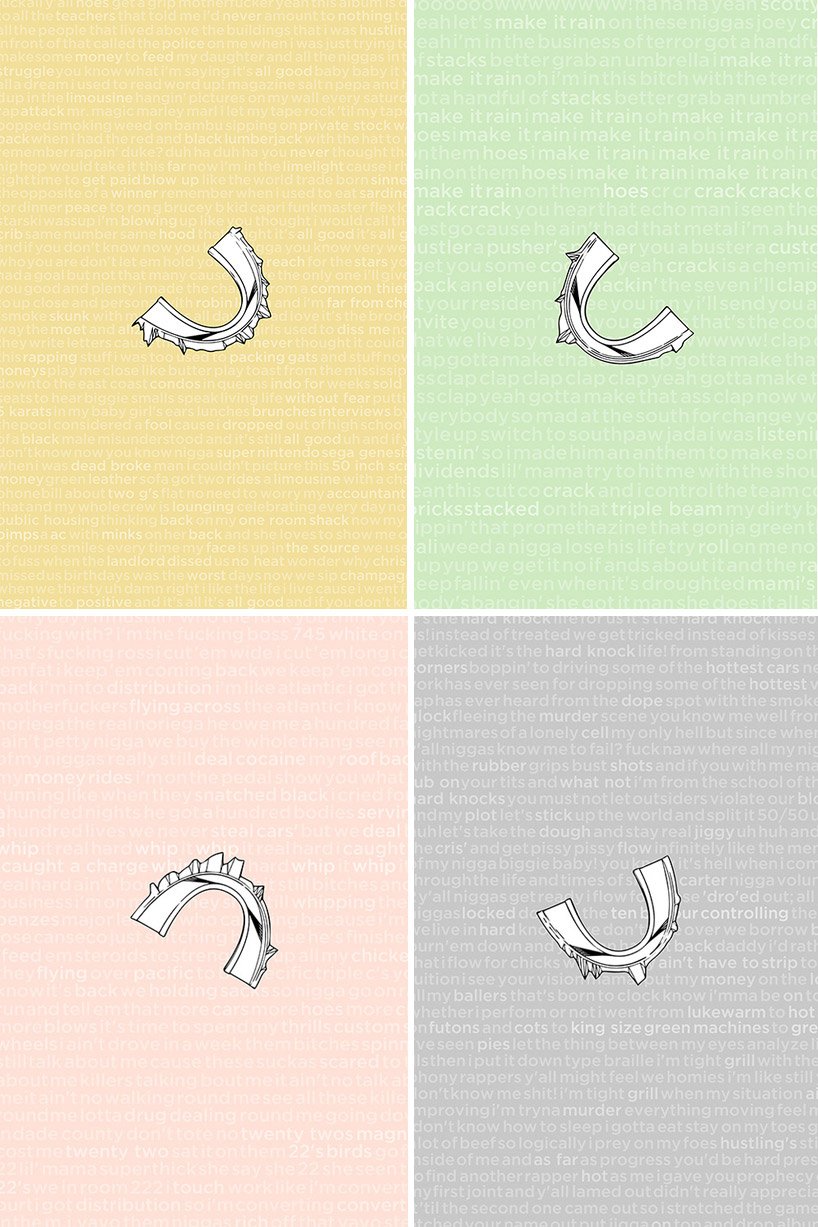