update: at 8:15pm thursday 5 december 2013 nelson mandela died in his bed at the age of 95. in honor of his passing we are republishing this article.

phil akashi pays tribute to international hero nelson mandela, by painting a monumental portrait made from 27.000 boxing punches with the chinese characters 自由/’freedom’. the shanghai-based artist chose to use cinnabar paste for its significance in taoist culture; red cinnabar was regarded as the color of life and eternity. he firmly decided to use black cinnabar paste to honor mandela’s struggle against the apartheid. this symbolic and powerful painting resides in the shanghai graffiti park, and is surrounded by a mix of street art by local creatives. ‘this artwork exemplifies nelson mandela’s 27 years of incarceration but also symbolize his lifelong brave stand for equality. nelson mandela is an extraordinary artist of peace.’ says phil akashi ‘he sacrificed his own freedom to fight for the freedom of others and therefore represents a fantastic source of inspiration for the entire world.’

as a young and militant anti-apartheid activist, mandela was arrested and served 27 years in prison. after his release in 1990, he continued the fight for equality and in 1993 won the nobel peace prize. soon thereafter he served as the first democratically elected president of south africa – from 1994 to 1999. for another five years he continued his activism with causes against AIDS, fighting for equality and supporting developing nations. in 2004 he publicly declared retirement to focus on his family and loved ones. 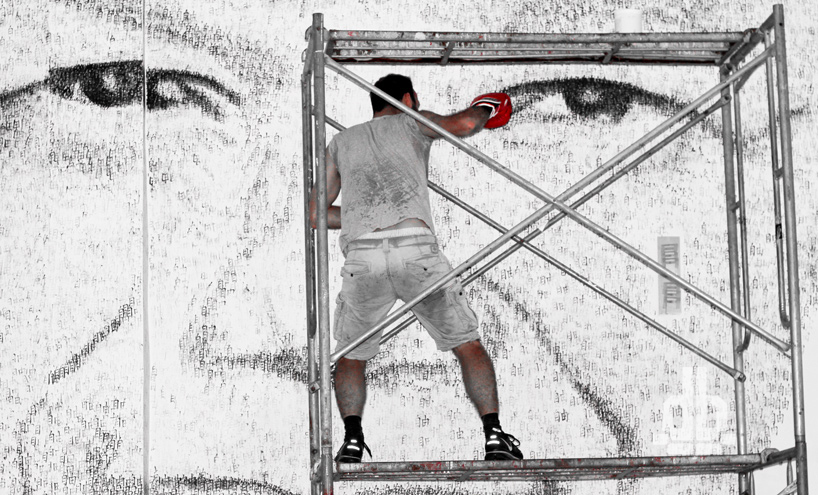 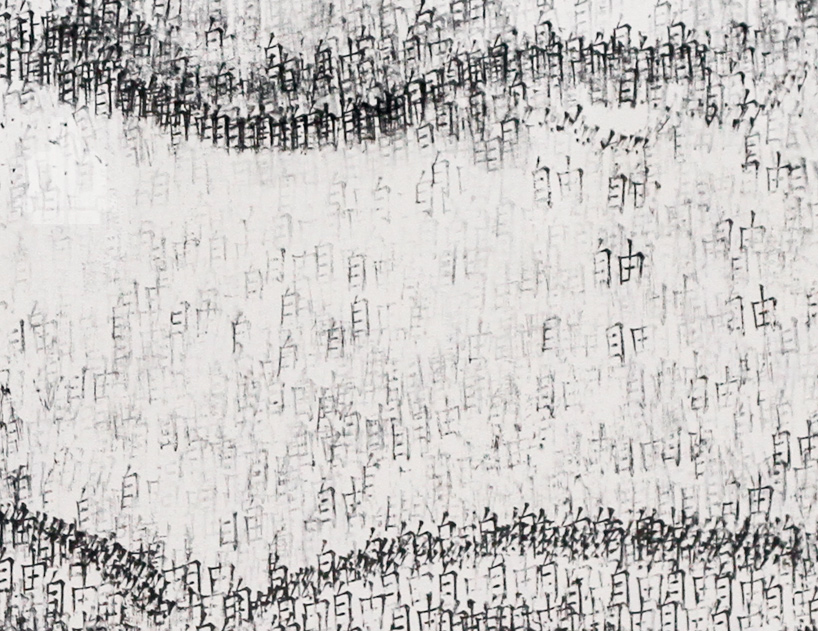 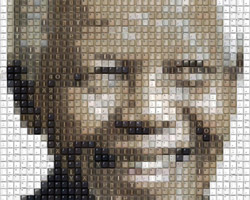