Blots on the street walls and posts might make people keep moving forward and going about their days, but muralist and artist Daniel Cortez, known as Decertor, is changing the game. His clothing passes him as an ordinary passerby, but in his pockets, he carries brushes and paints to carry out his secret mission: painting hummingbirds on walls. His newfound canvasses adorn new life onto once-plain dividers, making people halt in their steps to take a double-take on the public art he has created. 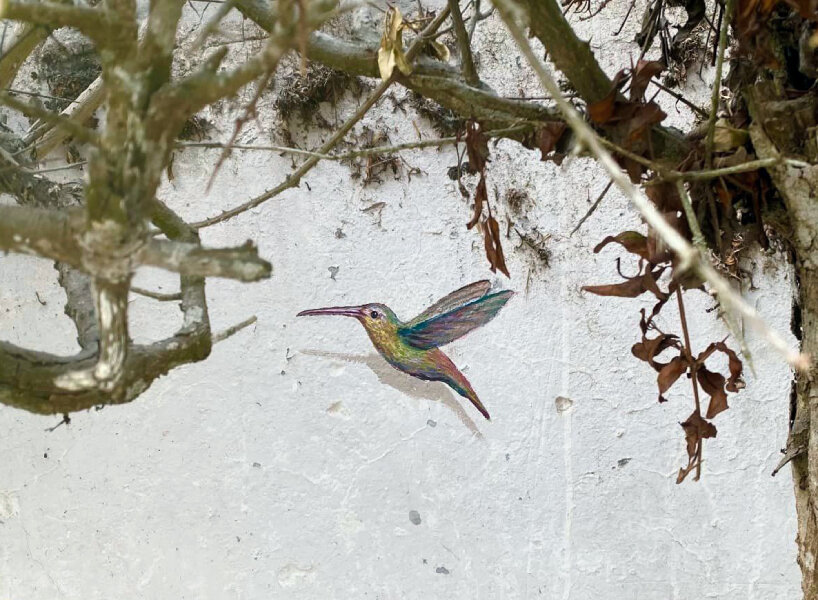 The detailed colors highlight the artist’s hummingbirds. Glistening kaleidoscopic colors carpet the bodies and wings of the hummingbirds, who are caught in the middle of their flight. Decertor even dots their background with their shadows to elicit the effect of sunlight gracing their flight. Just like the people passing by and not taking notice of them at first glance, the hummingbirds look up to the sky, carrying on with their own journey under the artistic hands of Decertor. 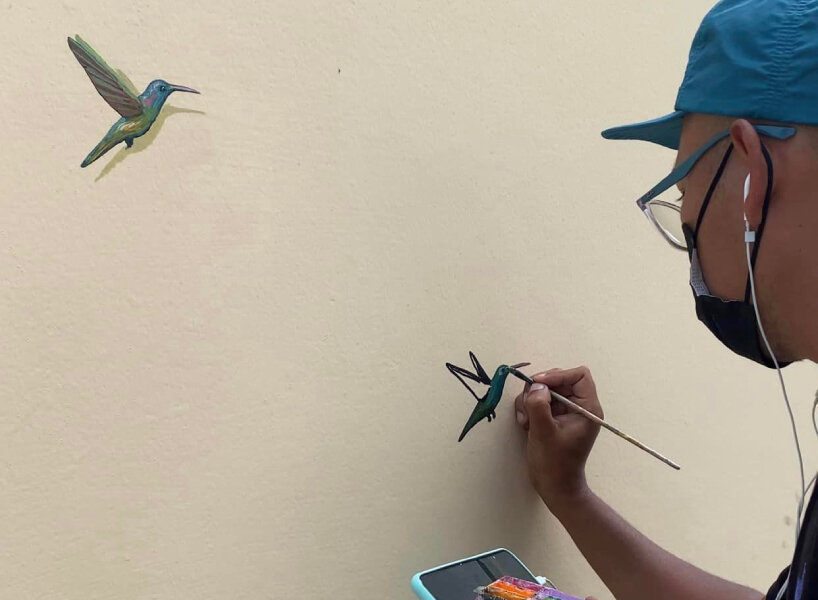 In his Facebook post, Decertor writes that he started the project several months ago as a spontaneous act of painting hummingbirds in different places. ‘Making them is just as satisfying as discovering them hidden in unexpected walls, columns, and corners,’ he writes. A couple of his hummingbird paintings anchor his name, while the others appear to be bare of his signature. Either way, the artist’s realistic style permeates each painting, an approach he embodies throughout his murals. 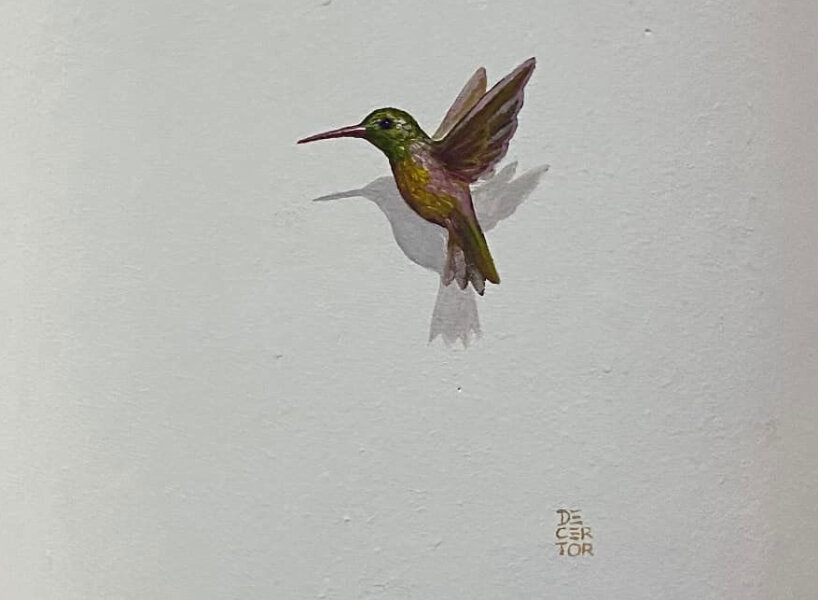 As opposed to his wall-to-wall artworks, the hummingbirds only take up a small space and offer a challenge to people to look for them in public spaces around Lima. A gratifying feeling might run through the viewer’s veins when they chance upon one of Decertor’s wall paintings, a sense of pride that people generally feel when they solve puzzles (or successfully unlocks the door of escape rooms). 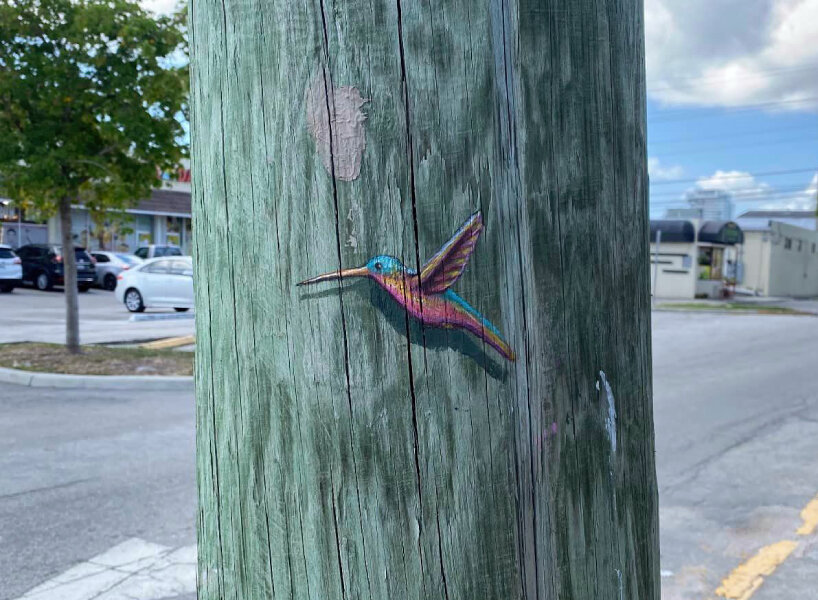 Goodbye to the old, plain-looking walls

Whether Decertor will continue on with his spontaneous project is still up in the air. He has only publicly posted a few of his finished wall paintings, but he might be pocketing more for his viewers to anticipate. Still, the palm-sized hummingbirds surely toy with the viewer’s sight and perspective. No longer do these plain walls, columns, and corners embrace their plain aesthetics. Now, they are ushered into a visual rebirth, maximized by the tones of saturated colors and intricate details. 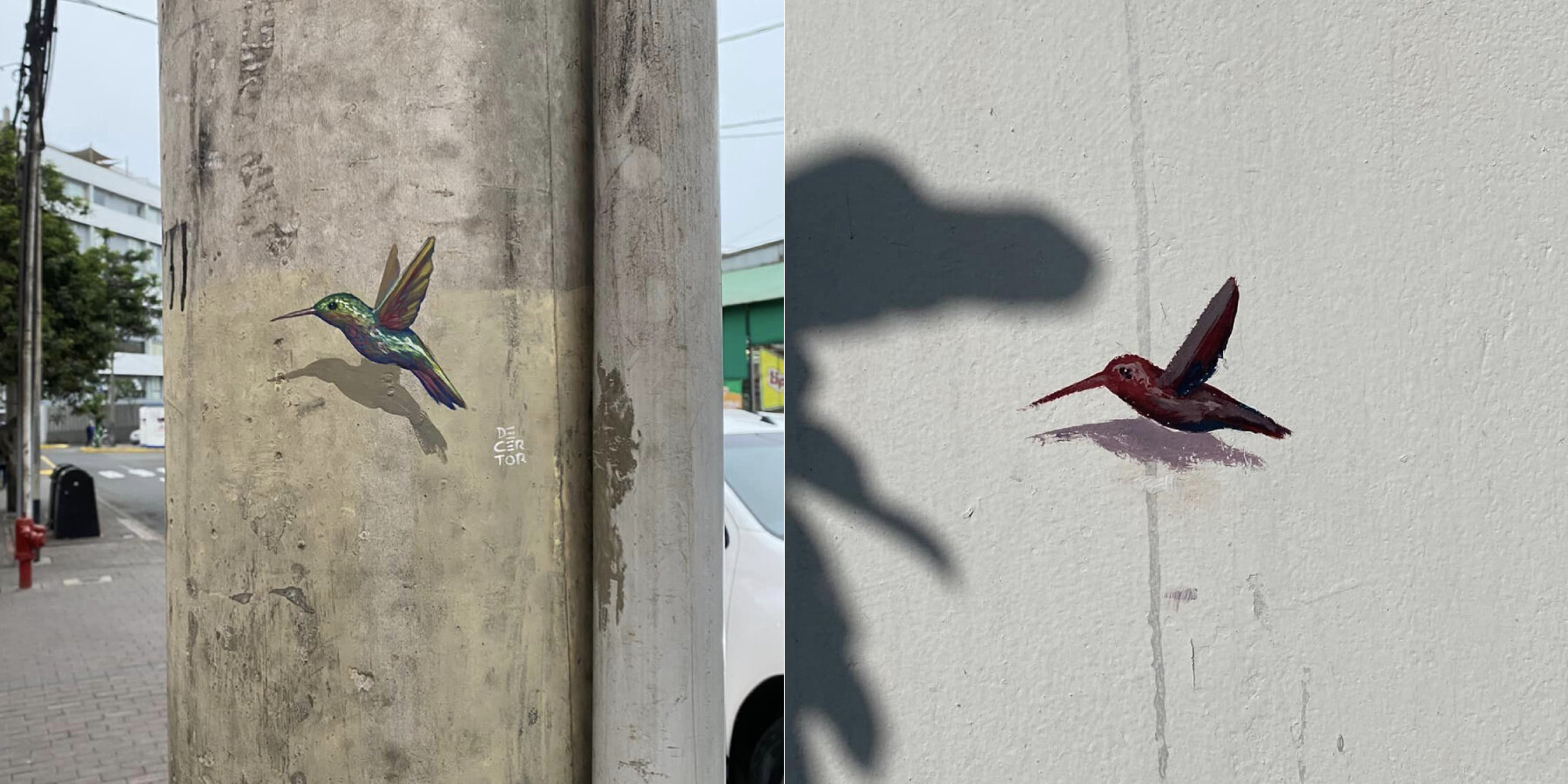 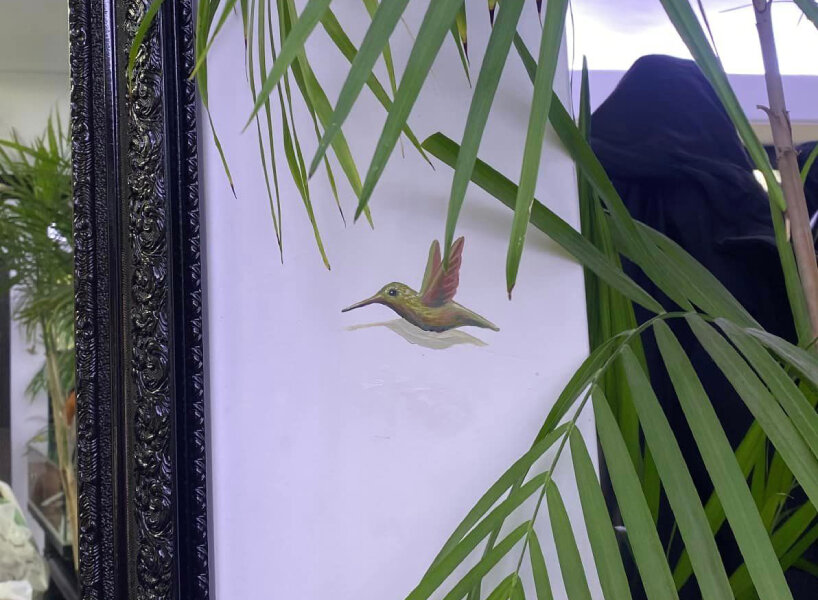 a hummingbird on a column 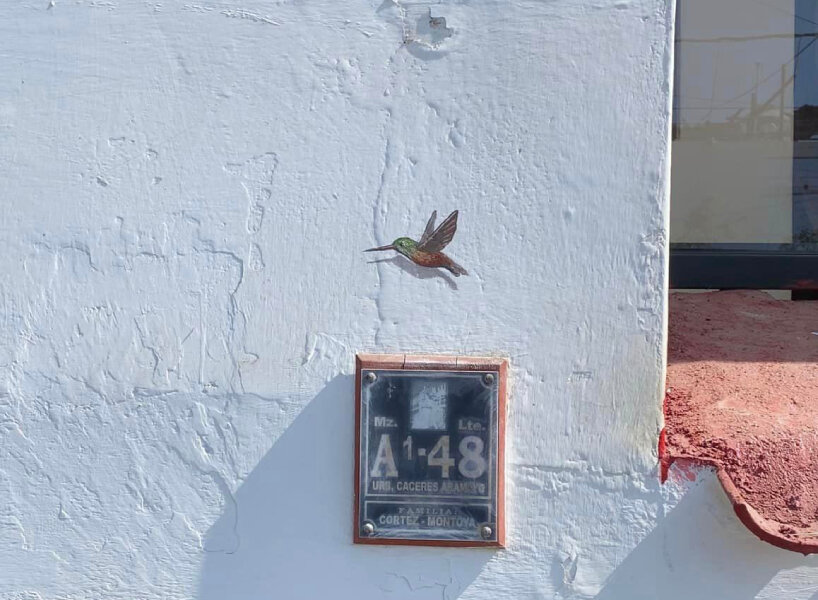 a hummingbird on top of a home’s entrance 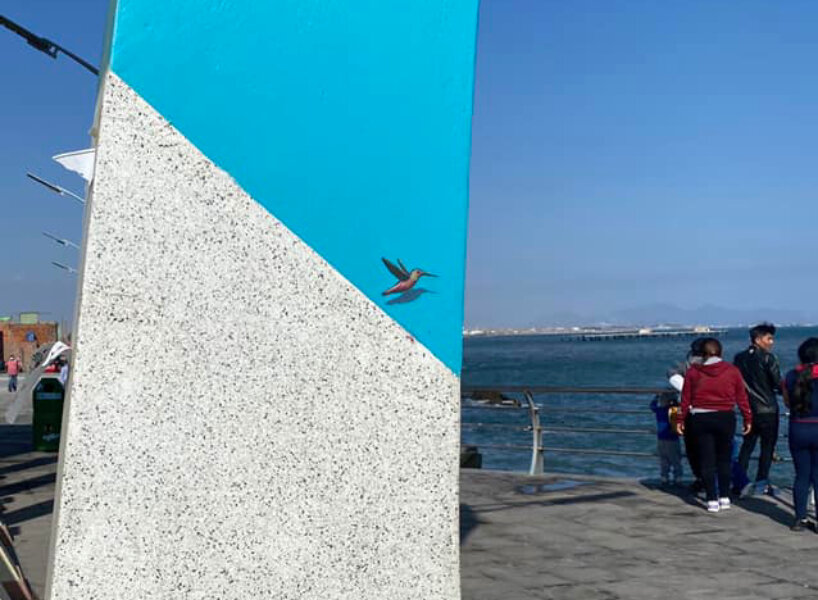 hummingbird by the sea 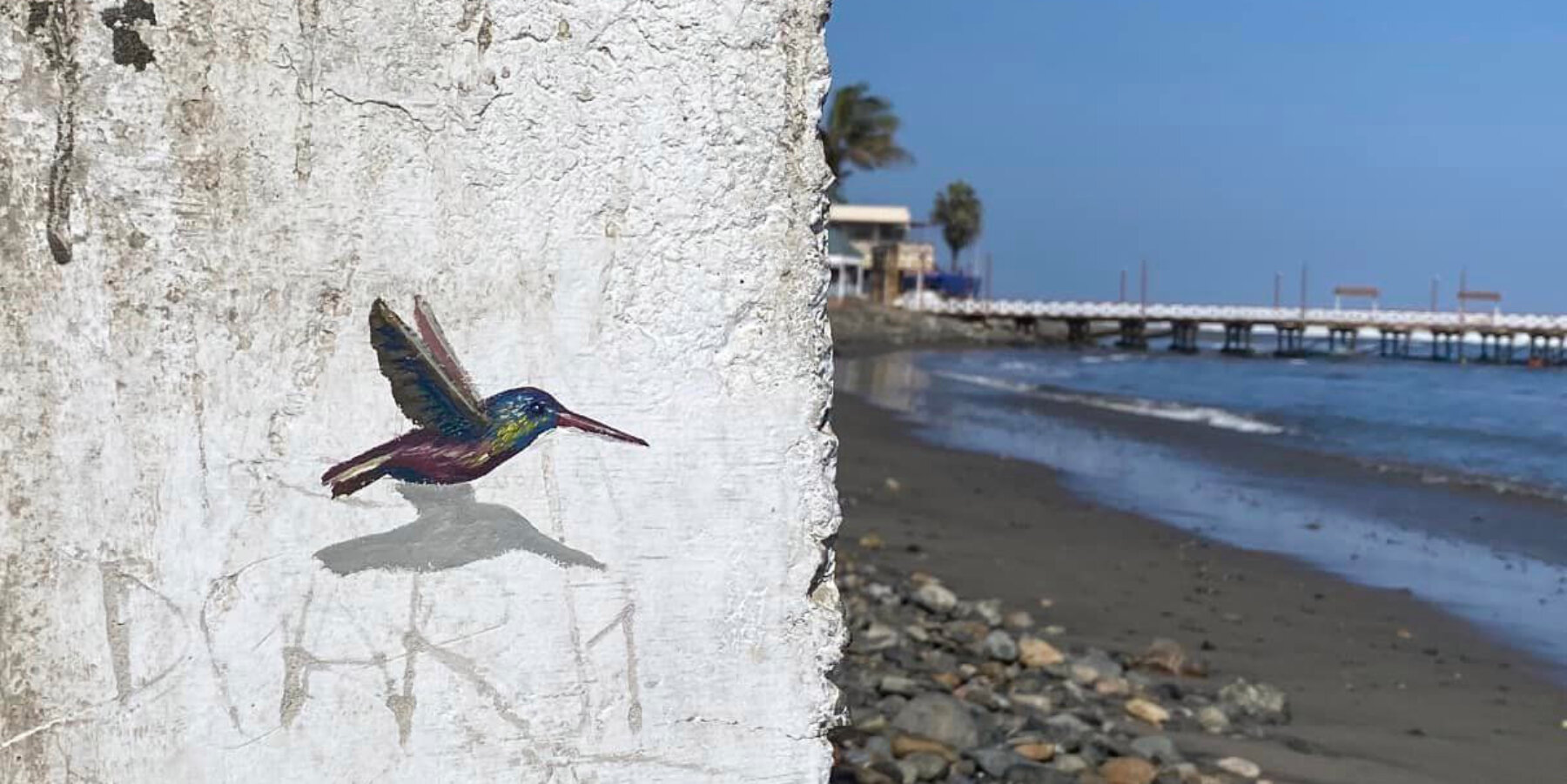