artist diemut strebe and a team of scientists have grown a living replica of vincent van gogh’s ear out of tissue-engineered cartilage sourced from the famed dutch artist’s relative. ‘sugababe’ comprises natural genetic information about van gogh taken from the great-great-grandson of his brother, theo, as well as engineered components. using a 3D-printer and computer imaging technology, the cells were molded to be identical in shape to van gogh’s ear, which he self-severed during a psychotic episode in 1888. the ear — which is being kept alive inside a case of nutrient solution — is being exhibited at ZKM karlsruhe, germany until july 6th, 2014.

visitors to the exhibition can speak to the ear through a microphone system. the input sound is processed by a computer using software, which converts the noise to simulate nerve impulses in real time. however the speaker’s voice is never actually heard, but a crackling sound is produced by the ear, only to outline absence instead of presence. 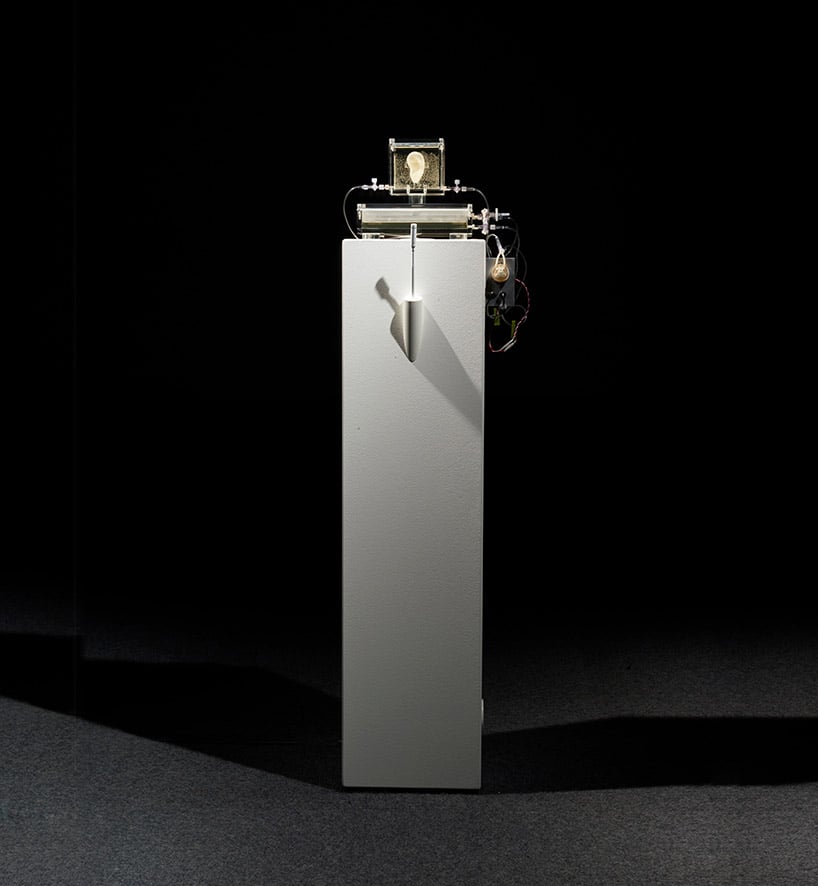