for 28 straight days, performance artist mark farid will wear a virtual reality headset, during which he will have no actual interaction with any human, and will only experience life through another person’s eyes and ears. ‘seeing-I‘ is a social-artistic experiment that seeks to investigate nurture vs. nature: how much of the individual is inherent personality and how large a portion is cultural identity.

the individual on the other end of the experiment — yet to be chosen, but currently being sought out through an application process — will be referred to as ‘the other’, required to wear a pair of virtual glasses at every moment of the day that covertly capture audio and video. this live footage will then be watched back by farid within the isolated environment he will inhabit — a gallery space in london comprising only a bed, toilet and shower. this area — as well as mark — will be on constant display to the audience. once ‘the other’ goes to sleep, the surrounding visitors will be asked to leave for one hour so that the artist can be evaluated by a psychologist with special training in neuroscience, while farid wears the headset throughout.

seeing I: 28 days living only through virtual reality
video courtesy of kickstarter

obviously, the project can involve dangerous medical complications, and carries the potential for a variety of serious implications to farid’s physical and mental health. medical personnel will be on standby throughout the project. 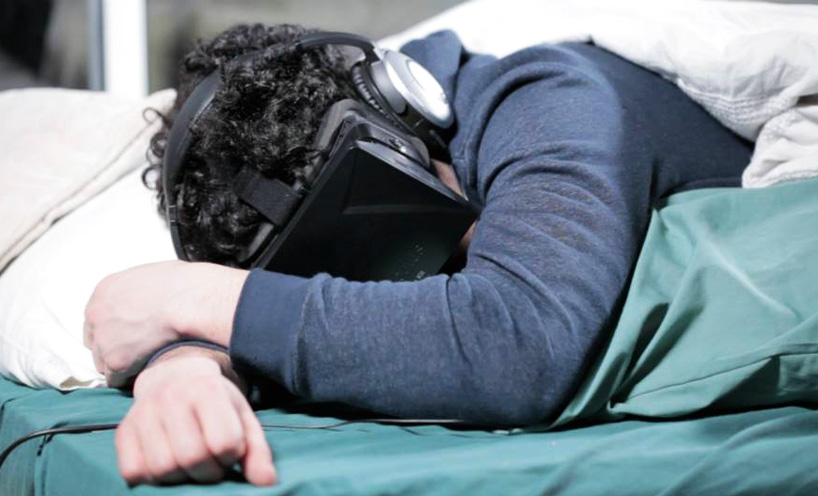 ‘over the course of the project, it will become apparent whether mark will begin to lose his own sense of self, and start to inhabit the reality of the other’, the team describe. ‘with no one to talk to, and no one to validate any of mark’s thoughts, will his only source of validation – ‘the other’s’ life – become the life which makes sense to mark? equally, this may not happen: he may entirely retain his sense of self and exist in a strange no man’s land between his own identity and the other’s.’ the findings, whatever they may ultimately be, will be compiled into a documentary featuring discussion on what has happened from relevant academics, psychiatrists, psychologists, neuroscientists, philosophers and artists. 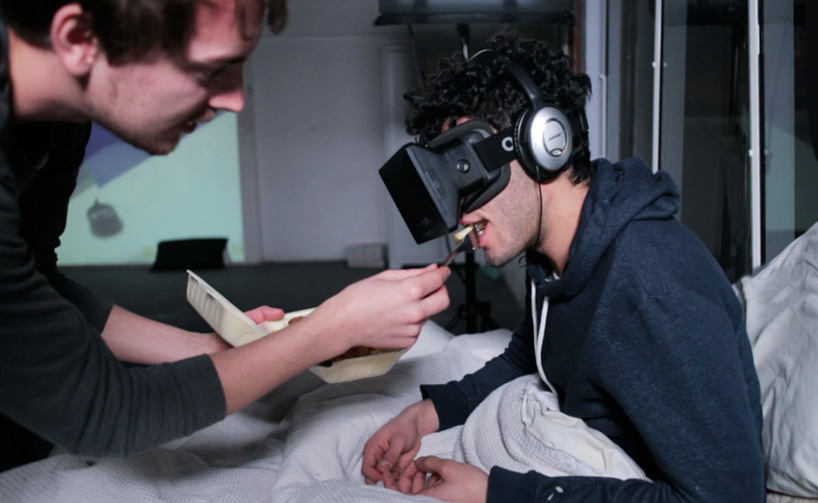 during the 28 days, farid will have no actual interact with any human — he will be fed without being touched 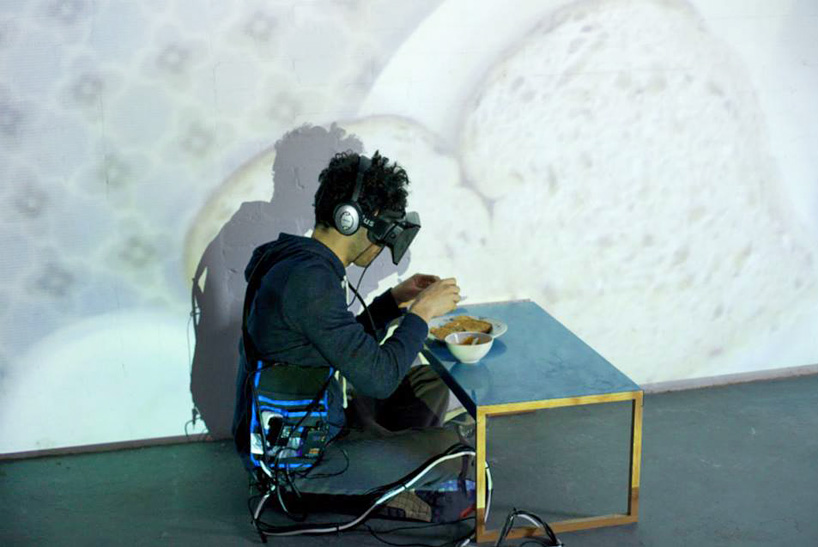 farid during a behind-the-scenes preparation for the project.