a team of artists, makers, activists, and scientists have turned the famous digital timepiece in new york city’s union square into a visual deadline depicting how long the world has left to take decisive action on climate change. ‘climate clock’ counts down how long it will take — at current rates of emissions — to burn through our ‘carbon budget’ (the amount of CO2 that can still be released into the atmosphere while limiting global warming to 1.5°C above pre-industrial levels). as of september 22, 2020, this deadline is 7 years and 100 days away. on the project’s website, a second number in green tracks the growing percentage of the world’s energy currently supplied from renewable sources. 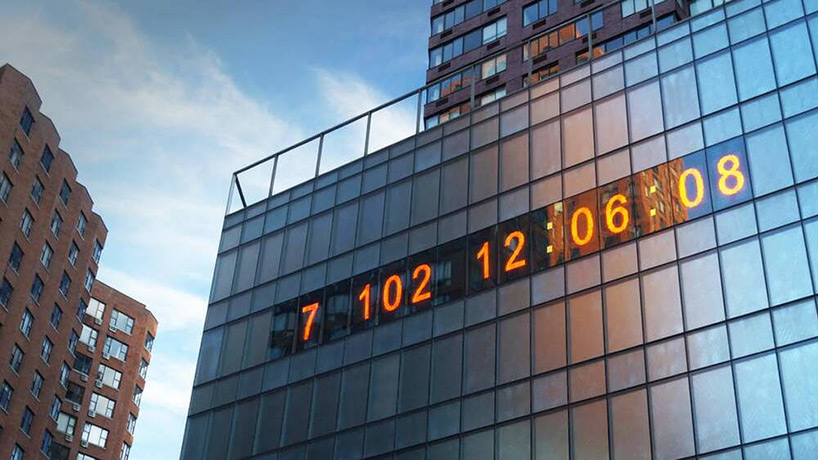 led by artists gan golan and andrew boyd, climate clock follows the methodology of the carbon clock made by the mercator research institute on global commons and climate change (MCC), which uses data from the recent IPCC special report on global warming of 1.5°C. the report states that starting from 2018, a carbon dioxide budget of 420 Gt of CO2 gives us a 67% chance to stay under 1.5°C of warming. the project’s installation in manhattan coincides with the city’s climate week, and remains an open source platform that encourages people to build their own climate clocks. 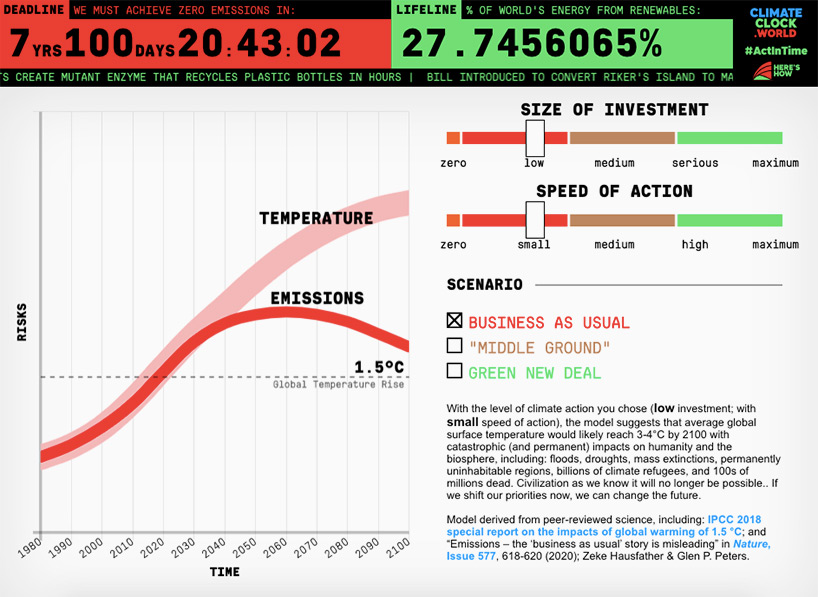 the climate clock ticker is temporarily taking over the 1999 public artwork by kristin jones and andrew ginzel in union square. the original digital timepiece titled the passage, which forms part of a larger artwork titled metronome, typically counts the twenty-four hours of the day while simultaneously subtracting the time remaining in the day.

EVERY CITY SHOULD DO THIS! NYC just turned the Metronome in Union Square into a Climate Clock counting down the 7 years and 102 days we have left to dramatically reduce carbon emissions! https://t.co/zaAs3Qy7Fp #ActInTime #GreenNewDeal #ClimateWeekNYC#ClimateClock pic.twitter.com/LC7LTIJECT