in the portuguese city of loures, a municipality just north of lisbon, ‘astro’ has realized a monumental outdoor mural for a public art initiative in the area. on the street-facing façade of a residential building, the artist has painted a brain-bending optical illusion that sees a wall seemingly penetrate a deep and dark abyss. various layers of blue pigment are optically oriented to appear as if a tunnel is running through the ordinary apartment façade. 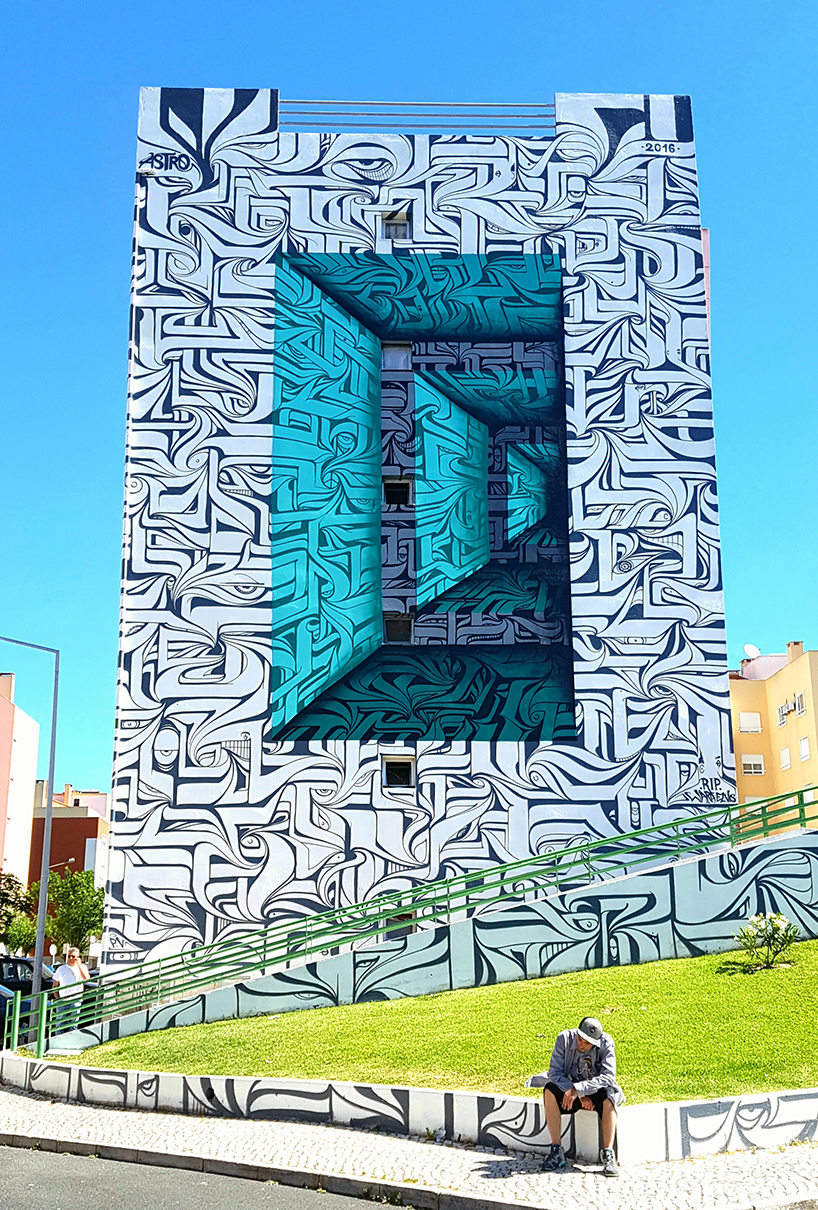 the project is sited in the portuguese city of loures

in this mural, astro mixes curves, calligraphy and dynamic geometries to express a subtle play of shadows, a strong sense of color, and the mind-warping perspective of depth. while the main part of the building is canvassed in black and white shapes that blend writing styles with anthropomorphic motifs, the ‘inner’ layers adopt a vibrant blue color that alters the quality and condition of the public piece. when viewed from the street, astro’s work for the loures arte publica project seemingly transports visitors into an alternate dimension, carrying them from the urban sidewalks of loures to a mysterious and perplexing place. 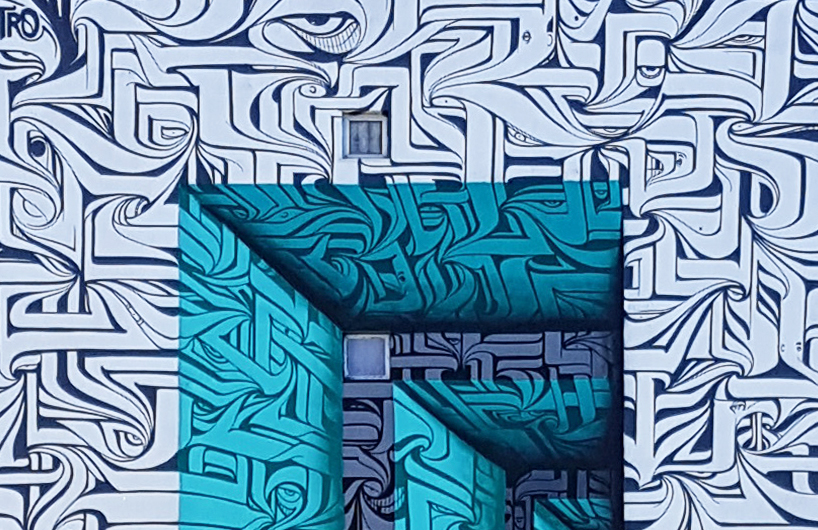 on the street-facing façade of a residential building, the artist has painted a brain-bending optical illusion 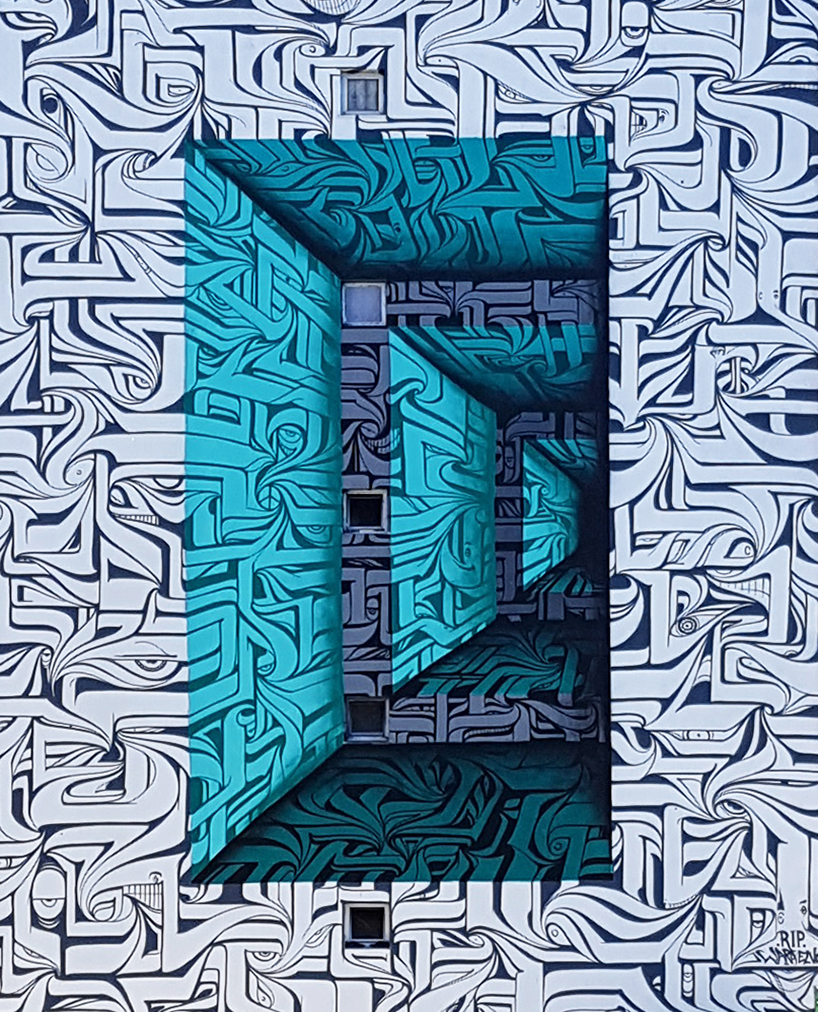 an ordinary wall seemingly penetrates a deep and dark abyss 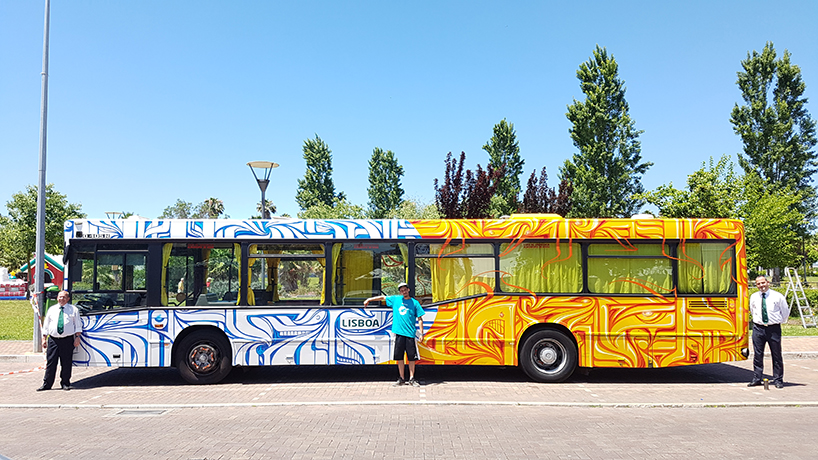 as part of the project, astro painted the exterior of a bus with a similar graphic quality