responding to the tensed political climate spreading across the world, rotterdam based atelier ARI unveils a brightly red installation set across the assiniboine river in winnipeg, canada. stretching almost four meters in height, the wall titled ‘open border’ creates a striking contrast against the white snowy landscape and the sinuous ice skating trail through which it cuts perpendicularly. 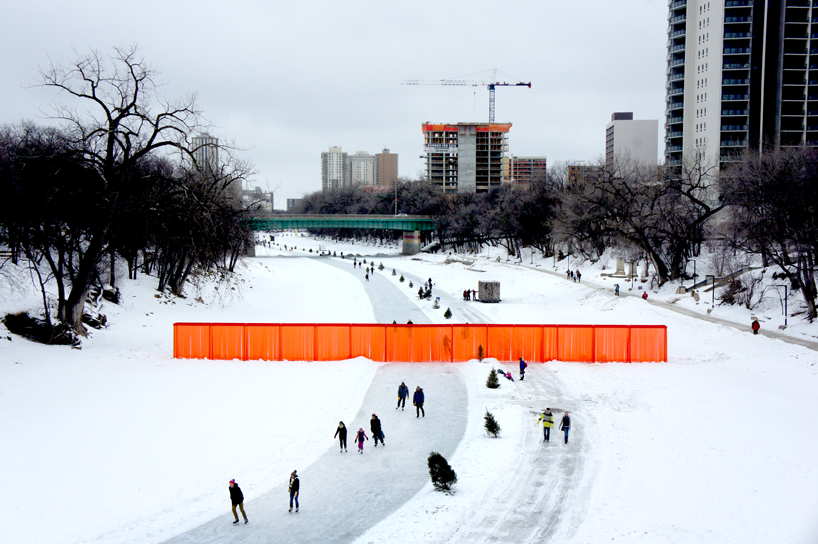 the installaiton is set across the assiniboine river in winnipeg, canada right over an ice skating trail

atelier ARI’s open border installation has been completed in january of this year with the help of canadian firm sputnik architecture, as part of the 2017 warming huts competition which invites artists and architects to build a pavilion along the skating trail. even more,this project has surfaced at the same time when the president of the united states has confirmed his plans to construct a wall along the mexican border and ban the entry of visitors coming from several muslim countries. hence this installation, seemingly threatening at first glance, is actually a porous border through which people can easily cross. 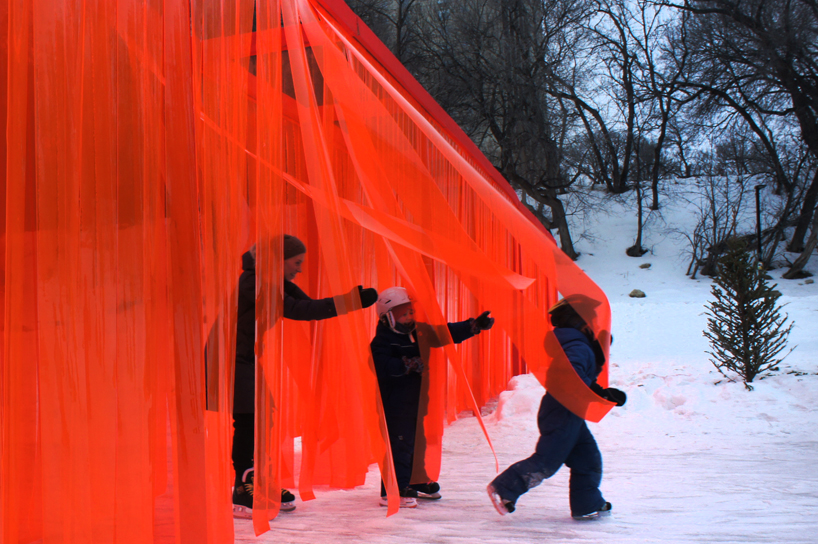 children ice skating back and forth through the red PVC strips

cladded with red insulating strips that keep the cold wind out, ‘open border’ has an inner wall that creates a series of interlinked spaces — bringing about a warm and friendly nest for skaters and pedestrians. finally, the structure is fixed to the ground via simple, red painted wooden structures that are covered by the PVC slabs. the project is set to remain on the ice until the river defrosts during early spring. 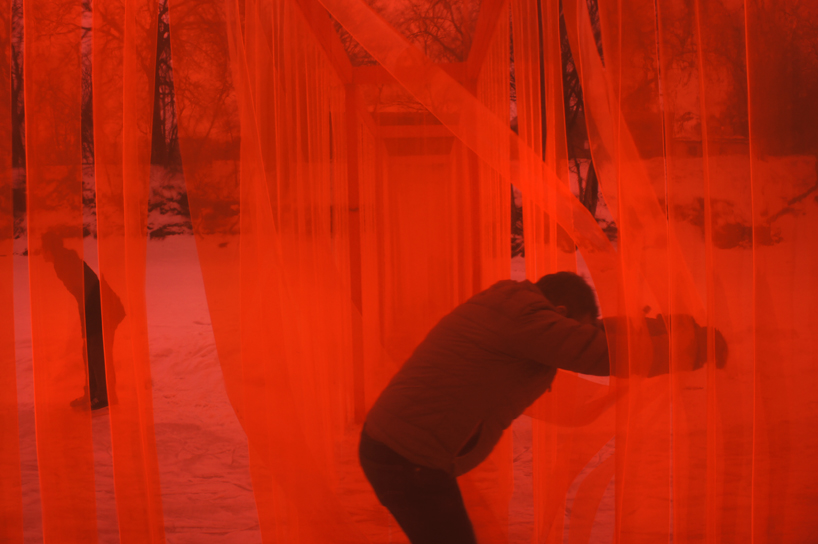 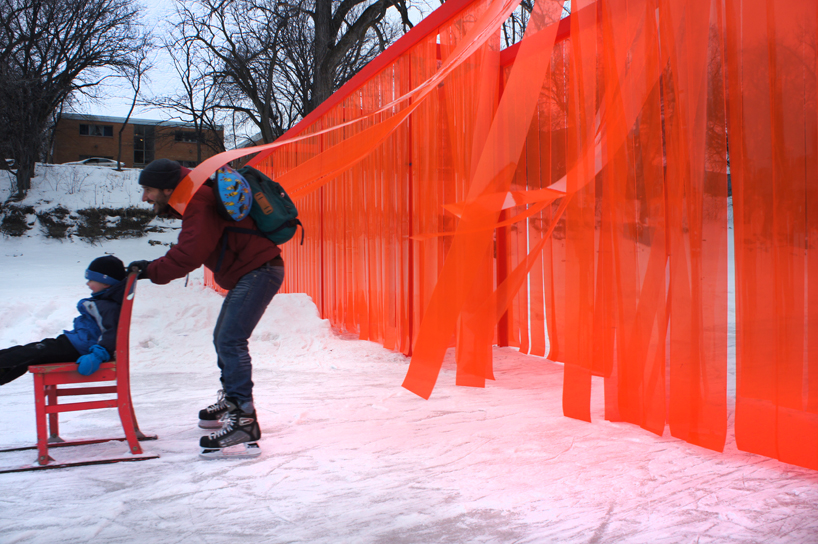 father and son skating through the wall at full speed 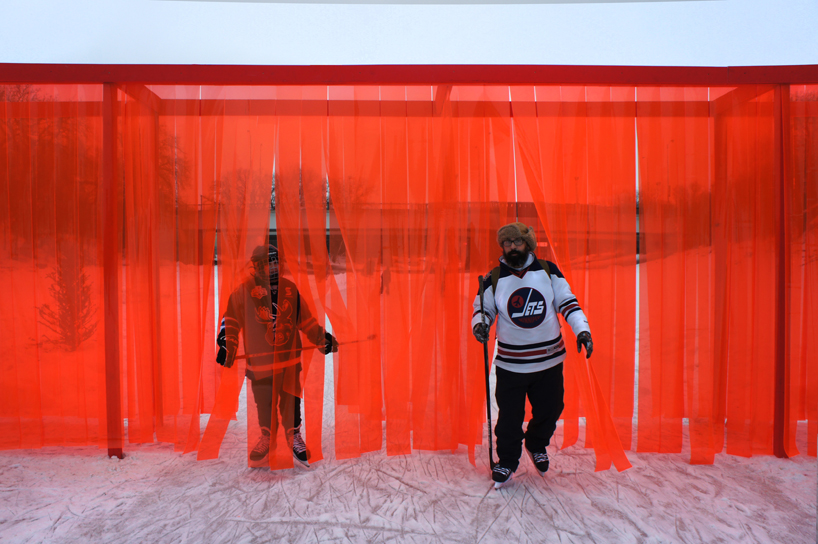 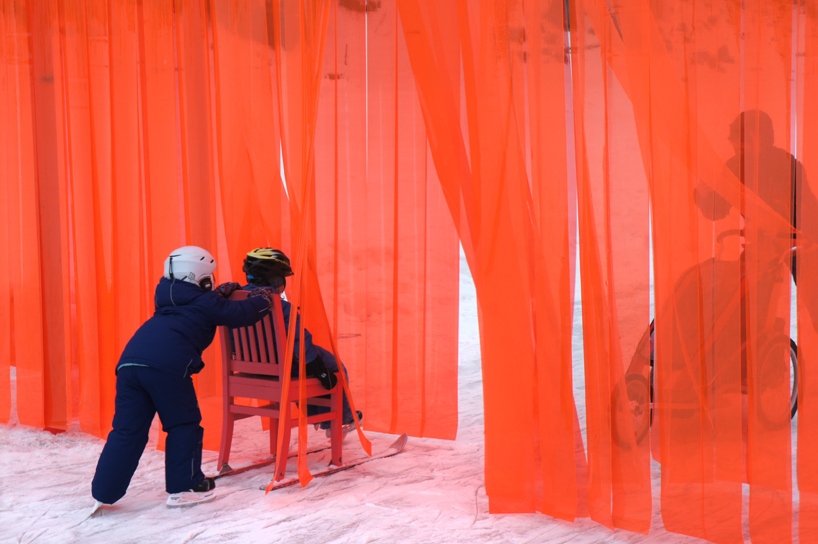 open border, besides being a political statement against recent events, is a friendly space to play in 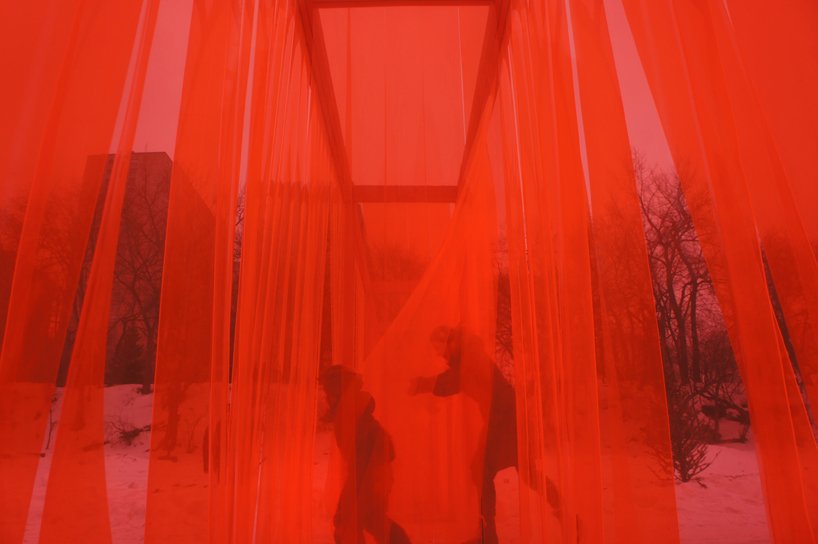 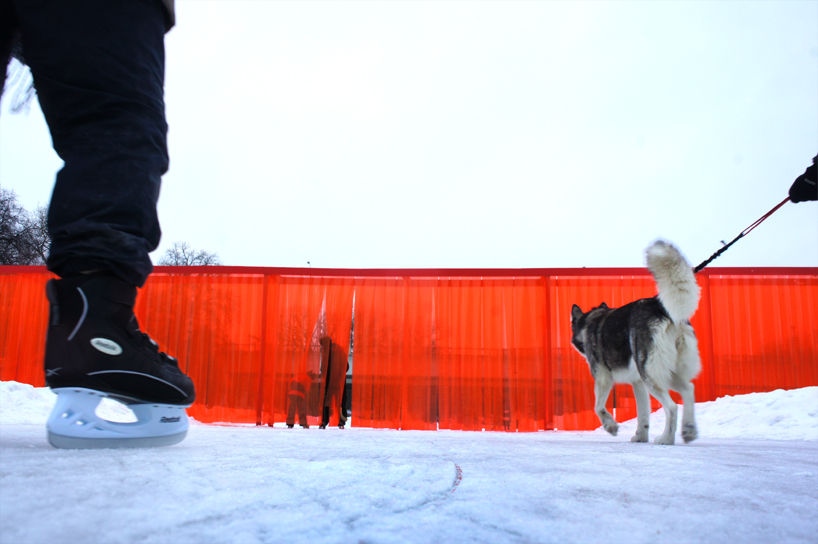 open border invites anyone to cross through, even animals 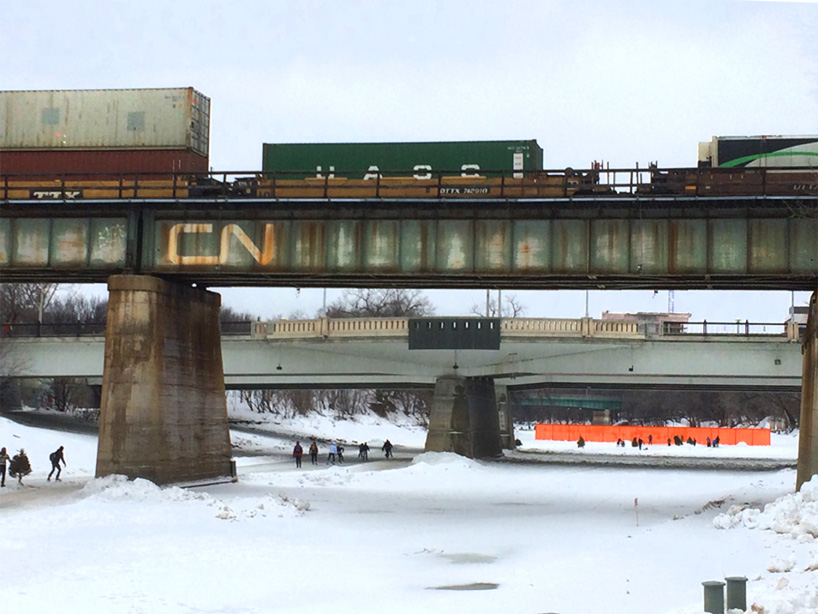 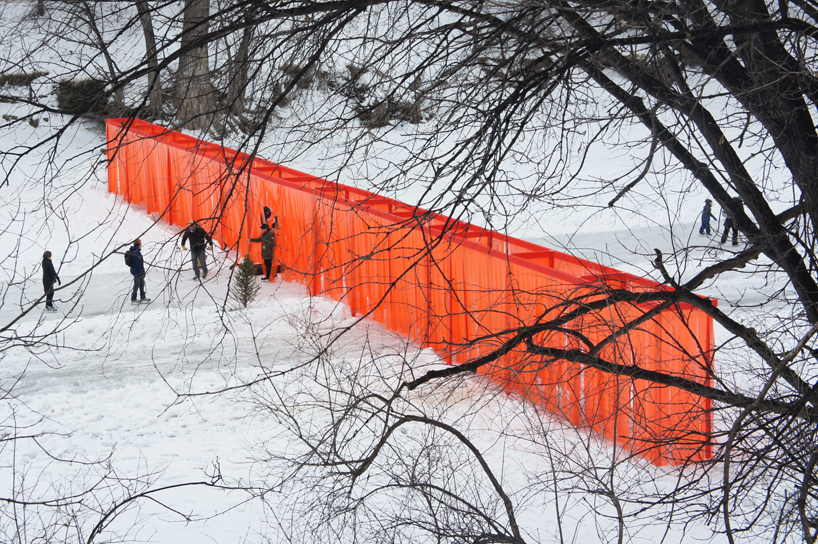 the project seen from the banks of the river 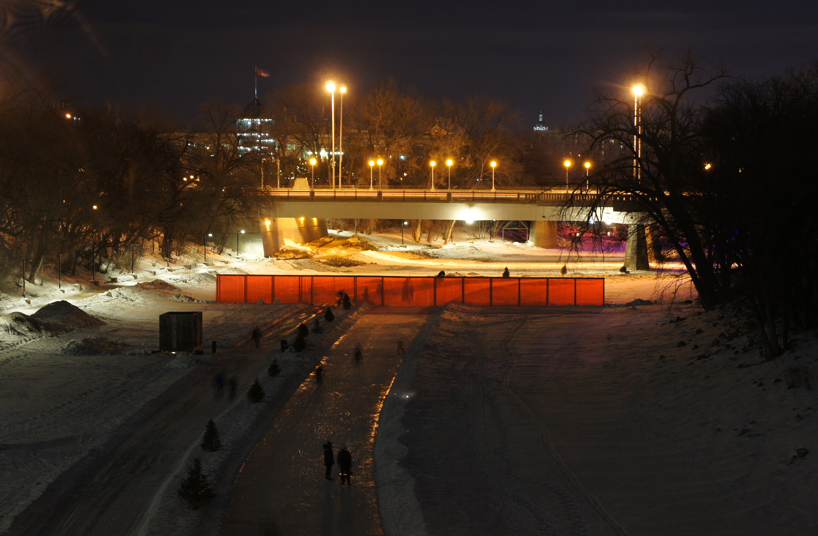 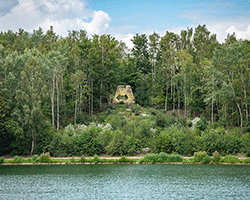 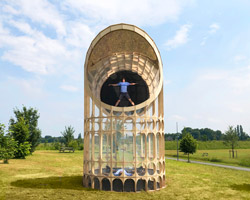