dutch studio atelier ted noten has presented the series ‘7 necessities for a women to feel like a woman (through the eyes of a man)’, curated by new york gallery ornamentum at design miami/ basel 2012. it is a survival pack which he believes contains everything a woman may need, under any imaginable circumstance in order to be her own man without forfeiting her femininity. the collection includes provocative interpretations of various different items normally found within a woman’s possession, such as a hand gun and ring. a mix of silver and gold, weapons, cheap materials and precious stones are commonly found within each piece, adding to the intended sexist statements in the series. 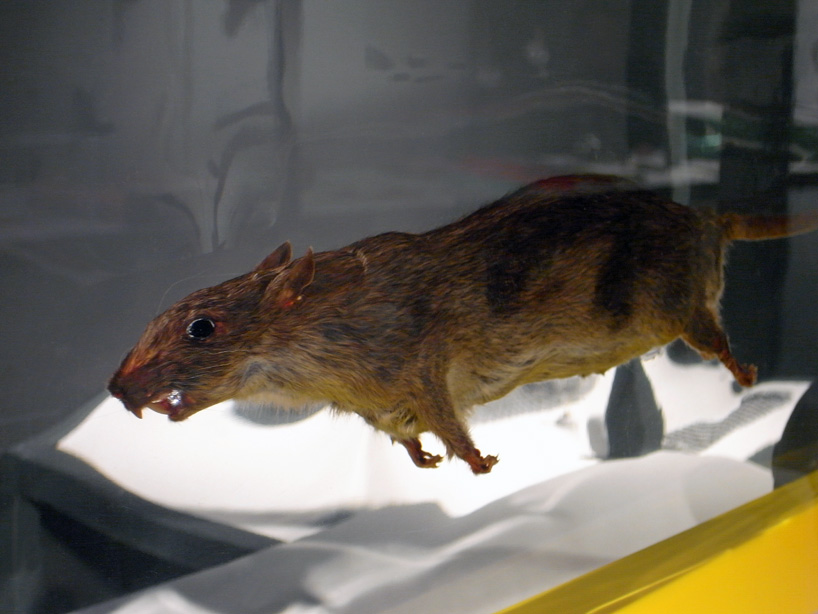 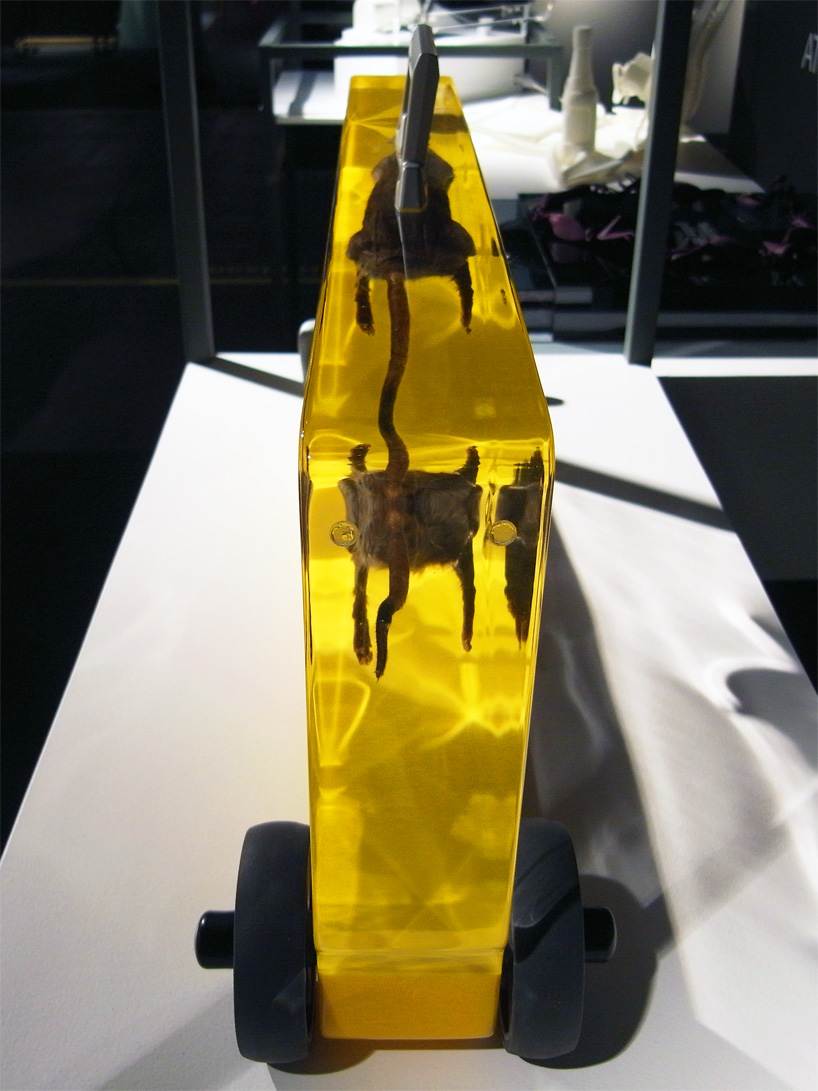 view of suitcase from the back image © designboom 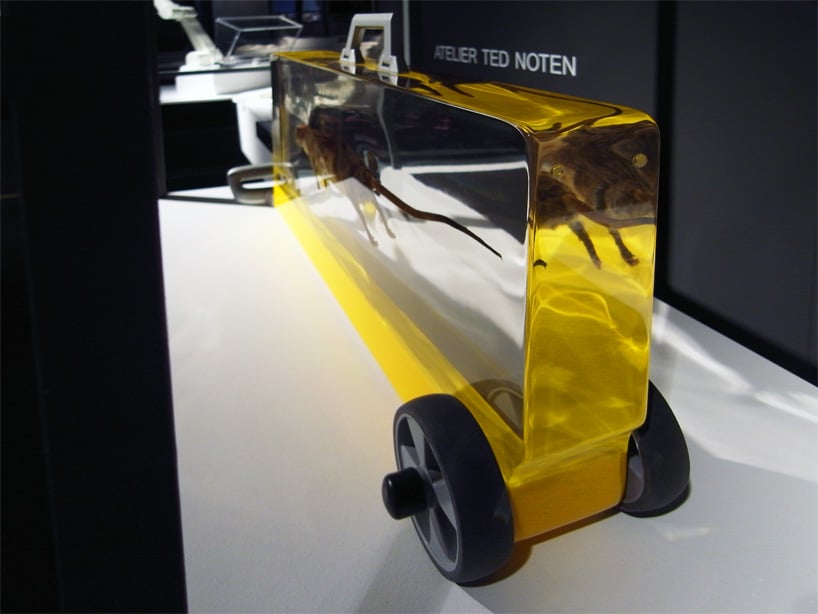 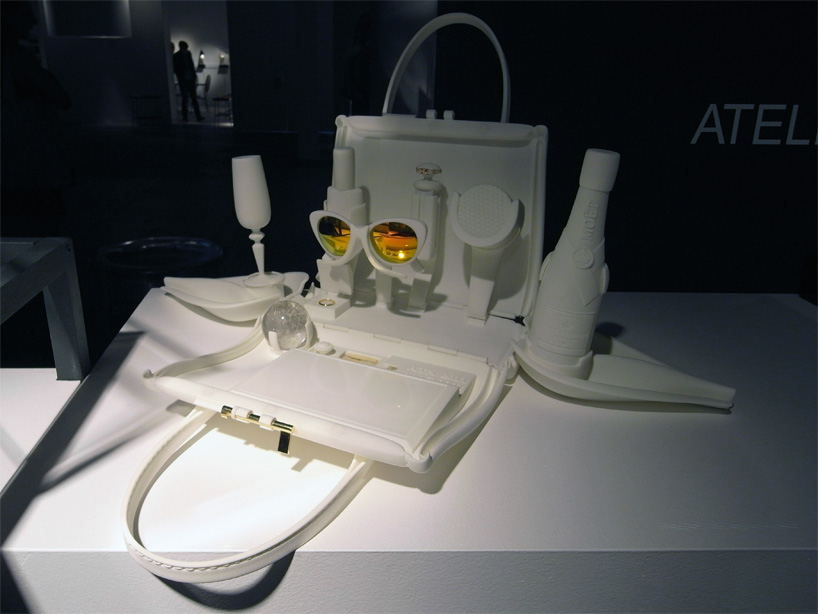 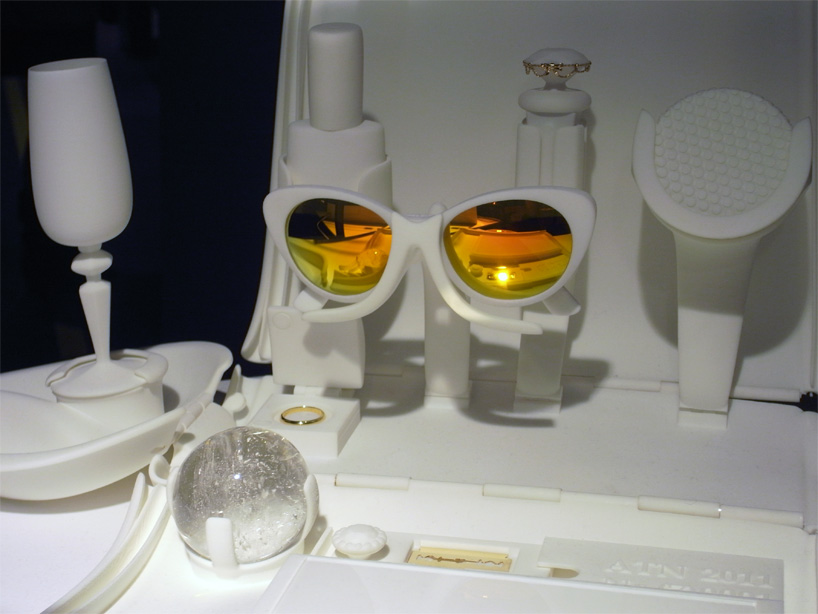 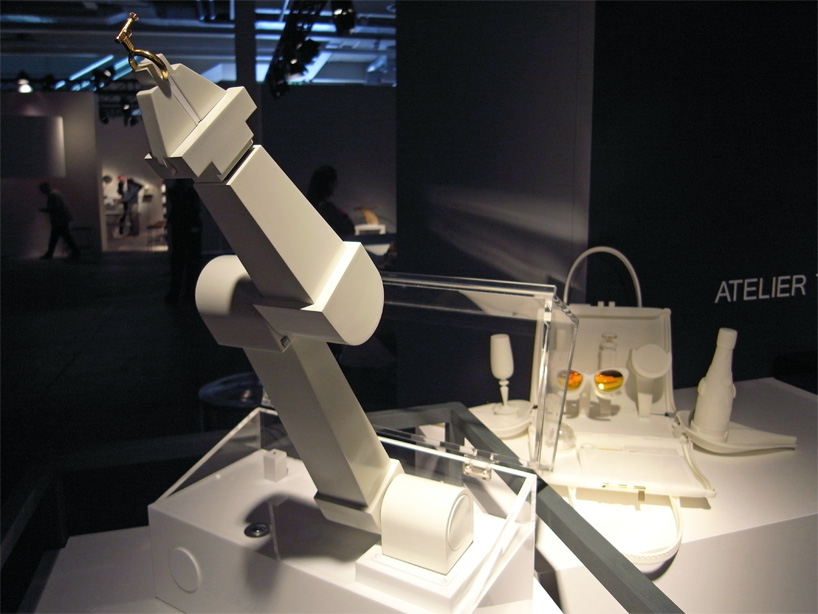 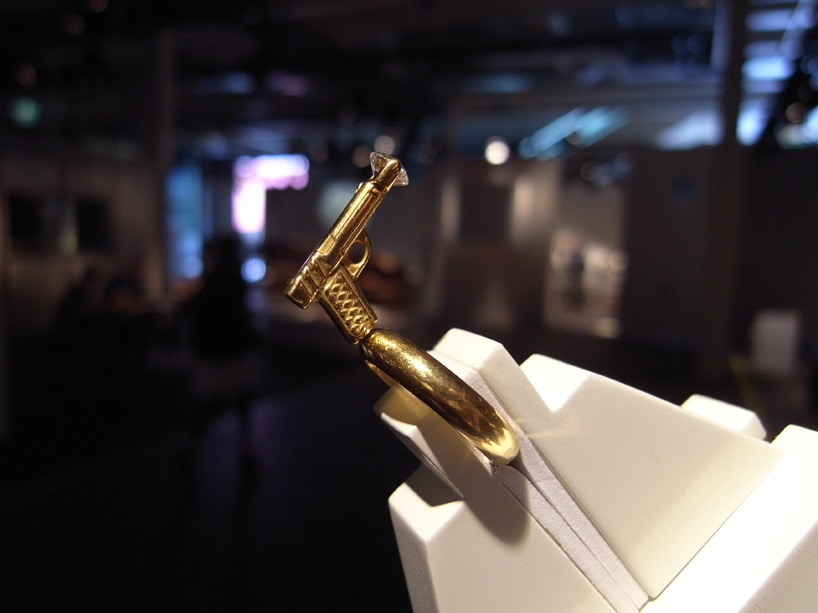 detail shot of the ring 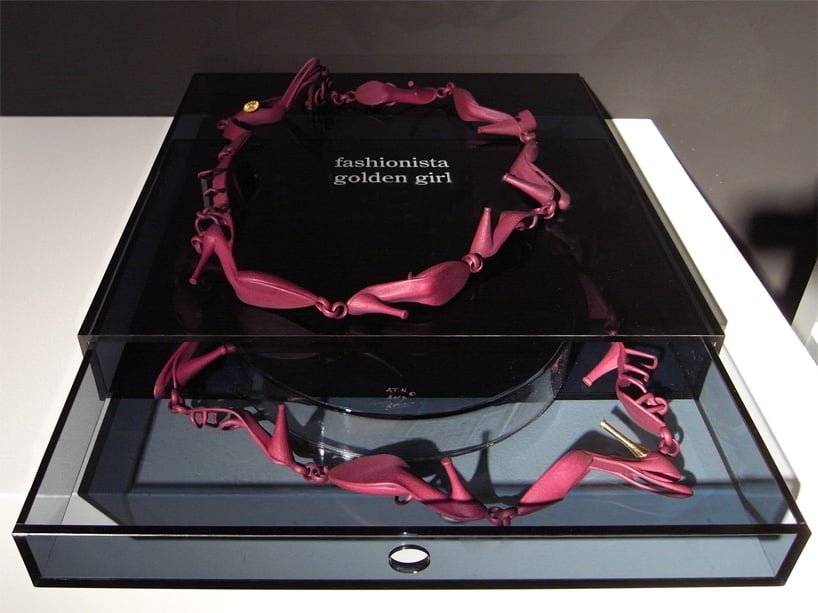 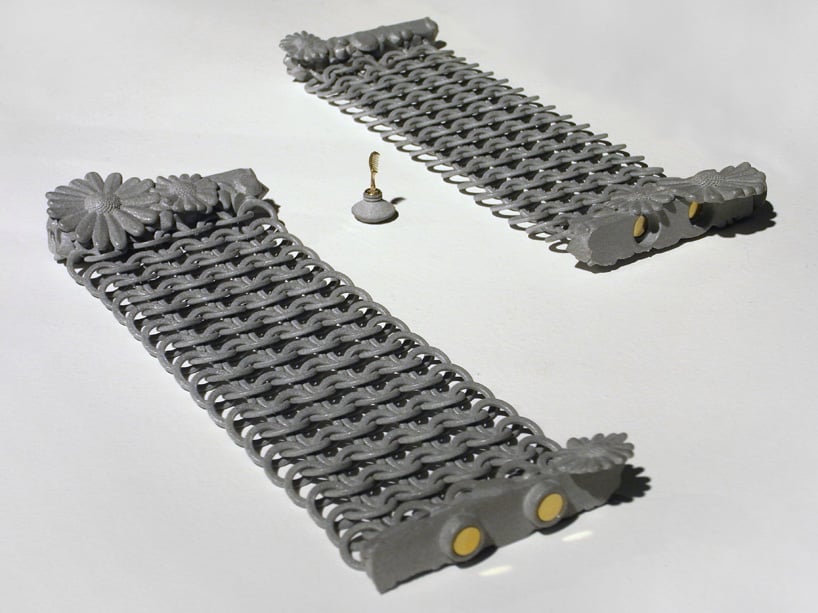 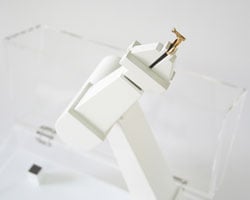 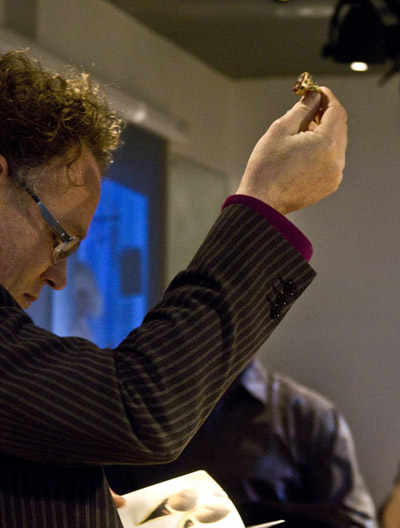 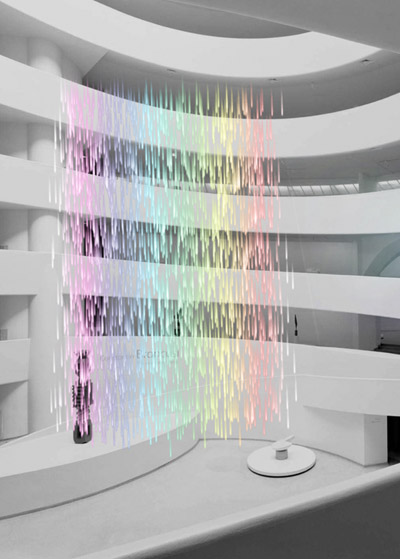 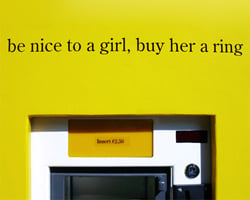 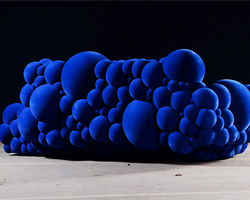