rotterdam-based atelier van lieshout‘s (AVL) newest project is ‘cascade’ an eight-metre tall sculpture made from polyester. the larger-than-life sculpture consists of eighteen stacked oil drums, arranged to stand as a monumental column, and which look as if they are descending from the sky like a waterfall. a syrupy, oil-like mass drips from the large drums, in which one can make out the shapes of anonymous human figures in dramatic poses. in comparison to the robust contours of the oil drums, the figures are limp and formless. despite looking fragile, these human-like figures create the support network of the column, appearing as if they are in a way melting into one another to form a single entity.

reminiscent of victory columns, the starting point of ‘cascade’ was the pestsäule in vienna – a monument which celebrates vienna’s 1693 end to the great plague epidemic. AVL’s sculpture is equally baroque in style, but now the clouds and angels have been replaced by oil drums, and instead of eminating a joyous mood, ‘cascade’ is sombre in tone. ‘cascade’ is a social statement. it speaks of the current economic crisis, the exhaustion of raw materials and the bankruptcy of our consumer society. these interpretations are brought into sharper focus by the sculpture’s location at the junction of coolsingel and blaak, at the centre of the commercial and financial heart of rotterdam, in the city’s international port. 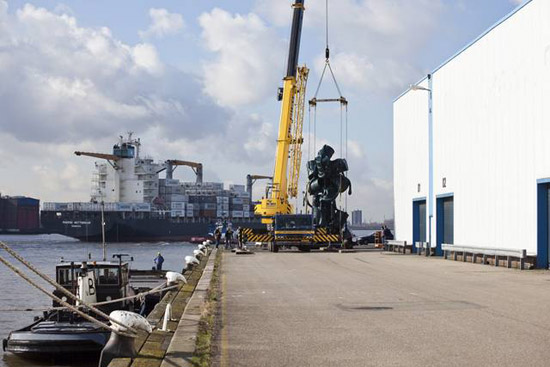 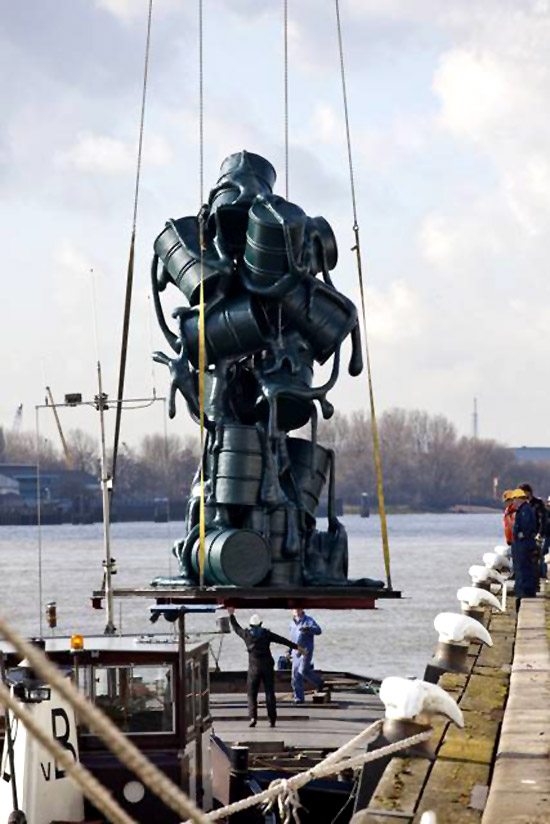 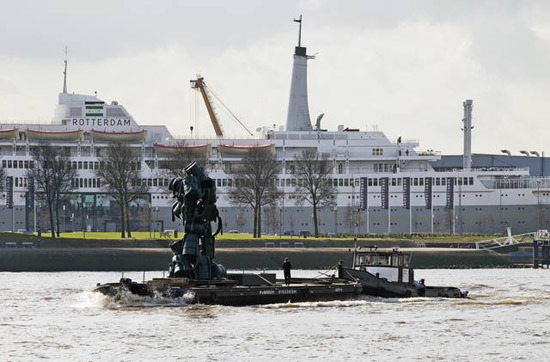 view of ‘cascade’ on the water photo © atelier van lieshout 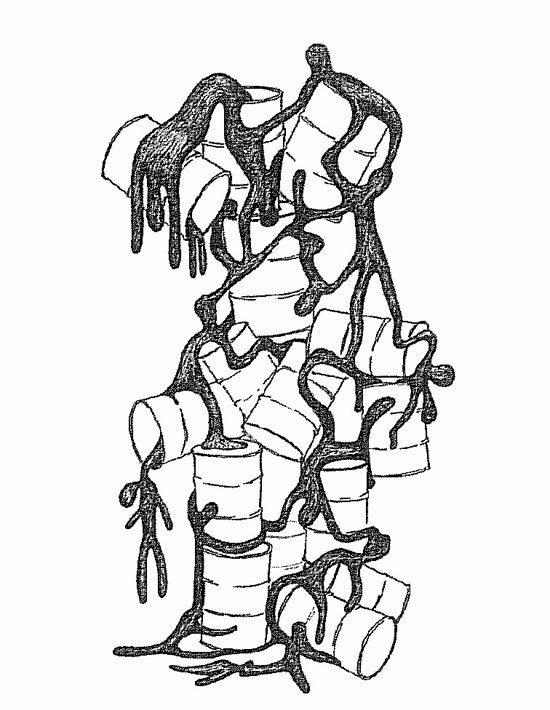 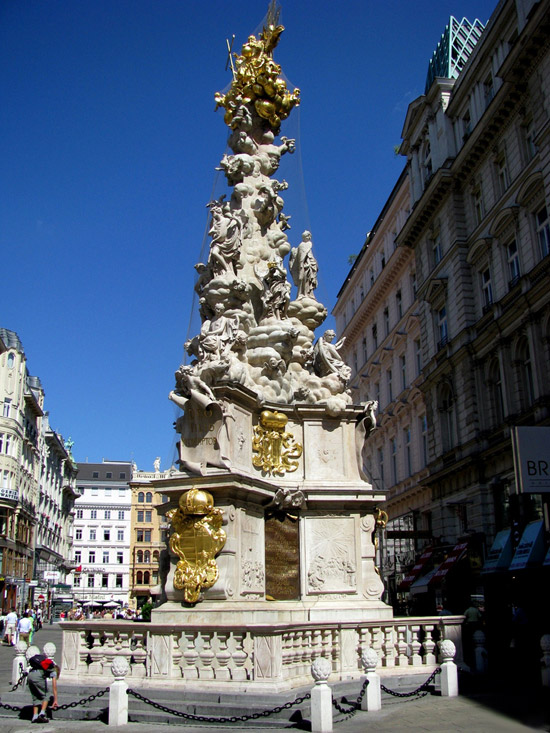 pestsäule in vienna, the starting point for AVL’s sculpture image courtesy of endie1