the artistic practice of atelier van lieshout (AVL) extends from an enthusiasm which surrounds the industrial — machines of power and revolution, labour and self-sufficiency — with a focus on social utopia and alternative models of life. the dutch studio’s ‘power hammer’ exhibition at grimm gallery, is a continued exploration of these notions, presenting new sculptures which expand on AVL’s previous ‘the new labyrinth series’ offering up pieces which approach tools and machinery from a different perspective in order to ignite a neo-industrial revolution further. 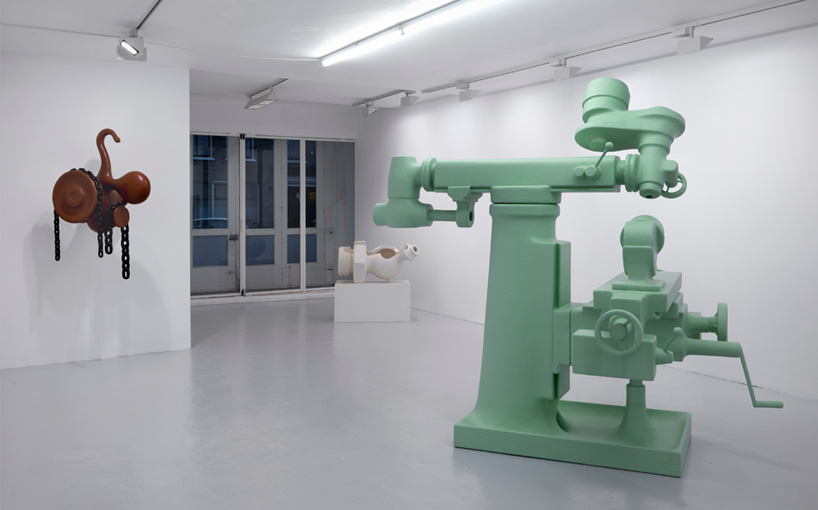 the works of ‘power hammer’ stands to express AVL’s belief that as a society we cannot just consume and use, but that real products and manufacturing should be made and grown around us, by us. through each sculpture, atelier reinterprets and re-evaluates symbols of industry — factories, installations of industrial revolution, manual labour — envisioned through an improvised style with contemporary materials. 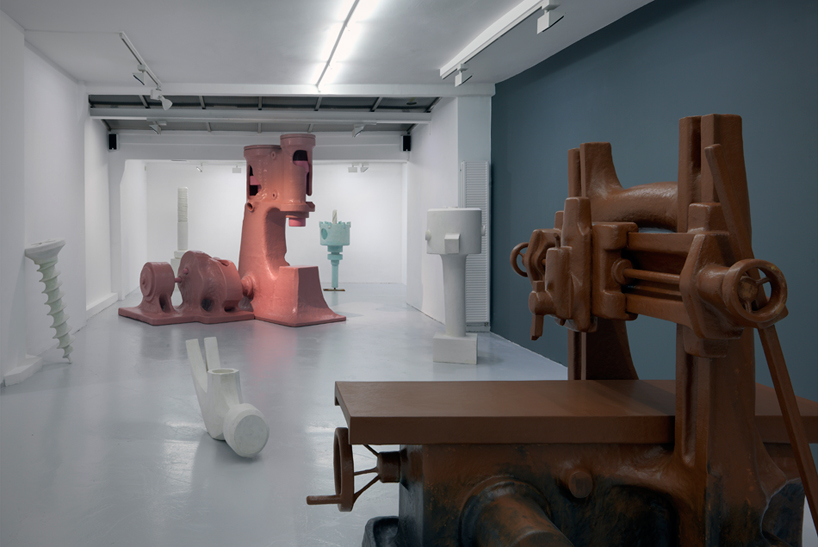 the pieces on show are familiar, envisioned in an improvised style with contemporary materials

the exhibition addresses the impression that in contemporary western society it seems that physical labour is something that is reserved for ‘others’; whereby we find ourselves occupied only with form and aesthetics, rather than the effort and exertion put into the realization of an object. it is AVL’s conviction that we need to return to a particular idealism of production, a point whereby shape and character of material are the determine the design. the new sculptures not only refer to a romantic longing to return to industry, but also emphasize the fact that it has in fact brought western society freedom, wealth and prosperity.

the new sculptures presented in ‘power hammer’ project a world which returns to farming and living from the land, going back to a simple and sufficient way of life — a return to the rudimentary. 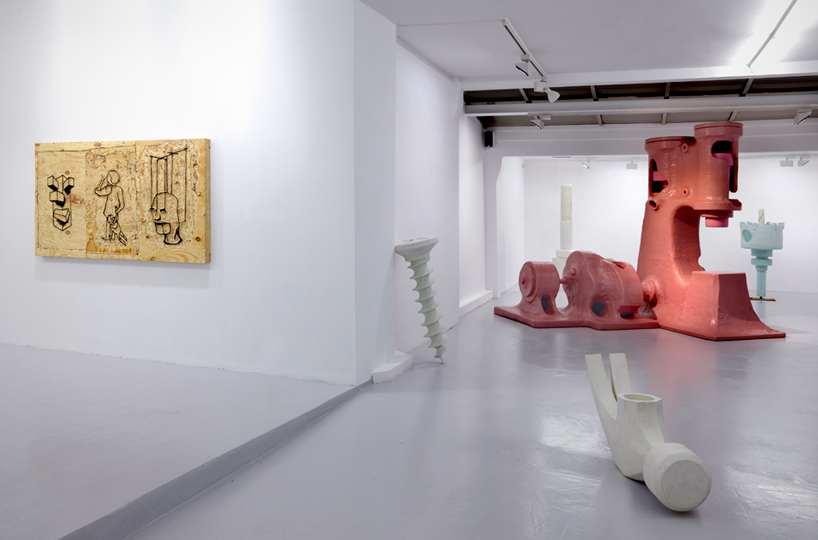 joep van lieshout of AVL explains: ‘industry used to play a vital role, as it enabled societies based on farming to reach a higher level of development and prosperity. nowadays however, everything that reminds us of physical production has been banned from our society, and has subsequently been removed from our sight. our role is only to design, no longer to produce. in fact, all the things which we find undesirable seems to have been banished. farm animals disappear into anonymous mega-stables, prisons and mental institutions get moved out to remote business parks. the only thing left in our sanitized world is consumption: retail, recreation, restaurants. this reinvention of the industrial revolution wants to make a link with, but at the same time transcend, the utopian socialist arts and crafts movement that tried to close the gap between designer, producer and user. just like the arts and crafts movement wanted to protect craftsmanship against the effects of industrialization, AVL wants to protect industry. industry and production should be a part of our society, as should be manual labour, pollution and hardship. as a society we cannot just consume and use, real products should be made and grown.’ 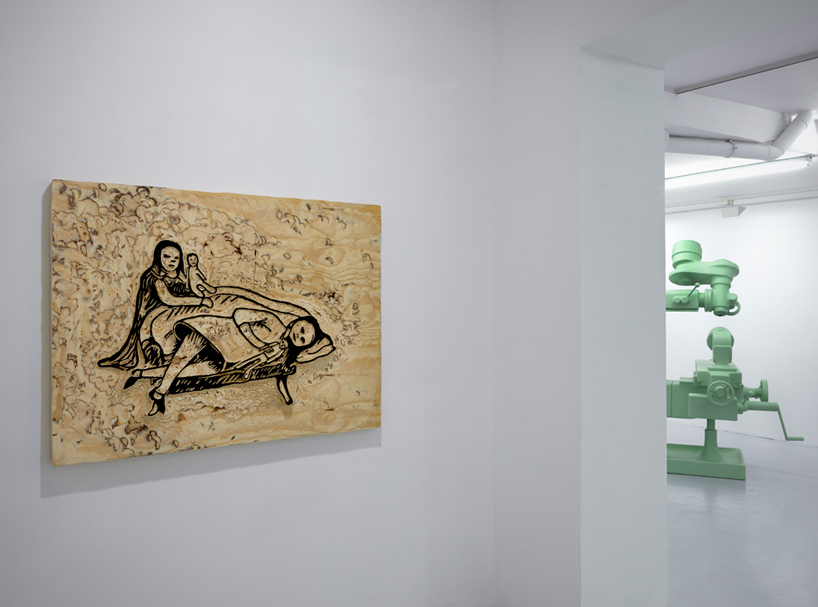 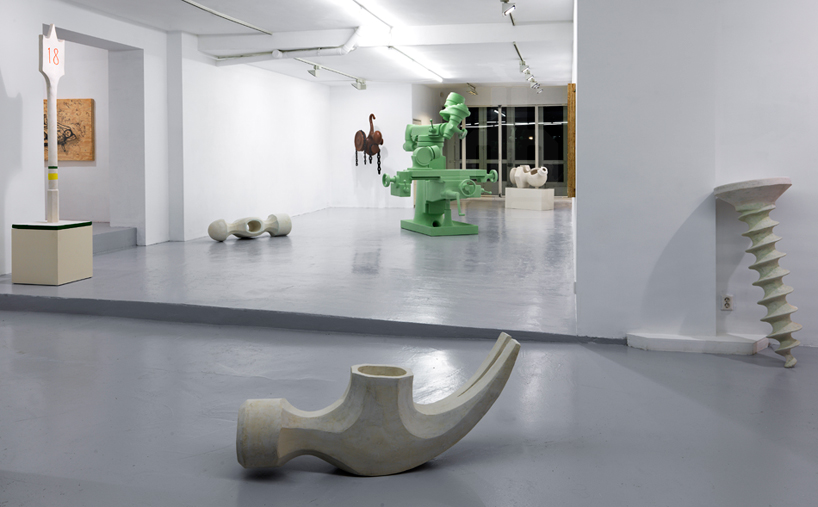 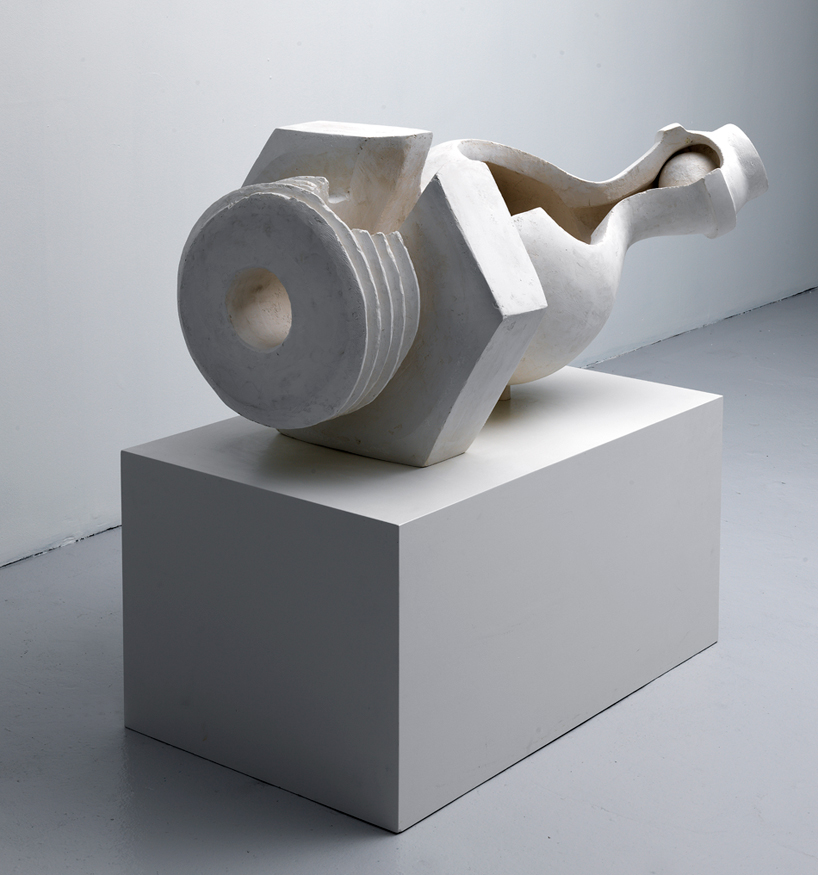 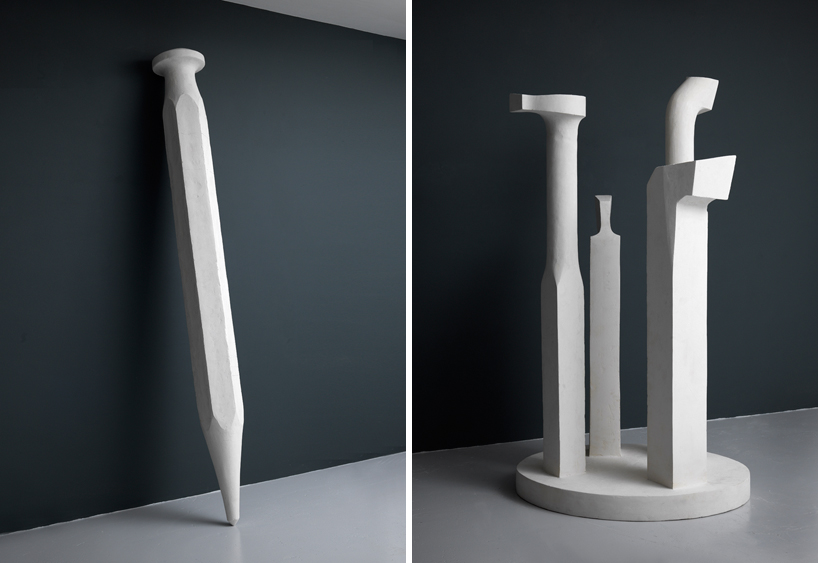 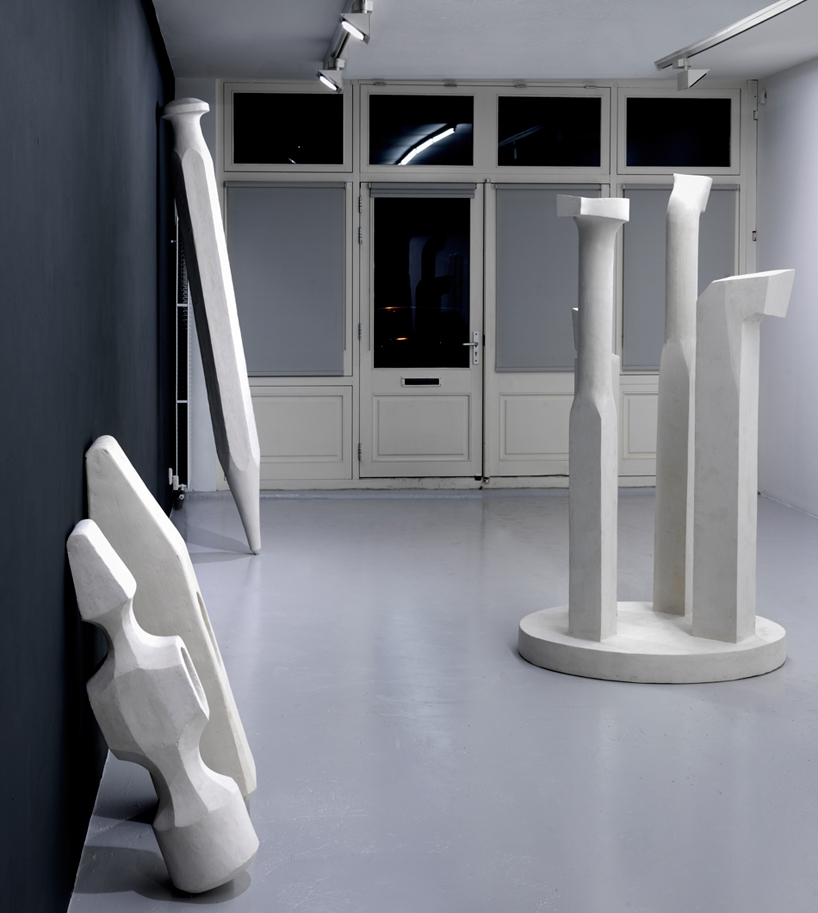 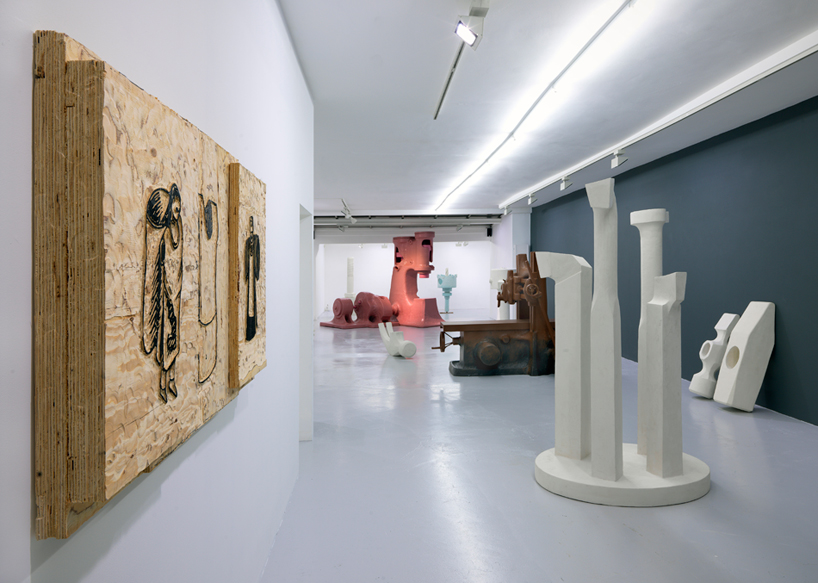