situated in the courtyard at the nantes school of architecture in france, atelier van lieshout has created ‘l’absence’: a pavilion, cafe and meeting point for both the students and inhabitants of the city. no stranger to the amorphous form, van lieshout again places a shapeless mass within the urban context, this time considering the contemporary glass facades of the faculty buildings that surround it and encouraging the students to ‘dare to think differently’. the bright blue, irregular, multi-use structure absorbs and sinks within itself, with multiple protuberances drooping outwards from its facade. circular, submarine-like windows scattered thought the exterior bring light within the two-storey space. ‘l’absence’ is, describes atelier van lieshout, ‘in turn a bar, a sculpture, and a comment on today’s architecture that will, without a doubt, fuel the students’ imagination.’

visitors to this year’s voyage à nantes — a 10-mile art tour throughout the french site — will be guided to experience the installation as part of the ‘trail through the city’ from now until august 31st, 2014. 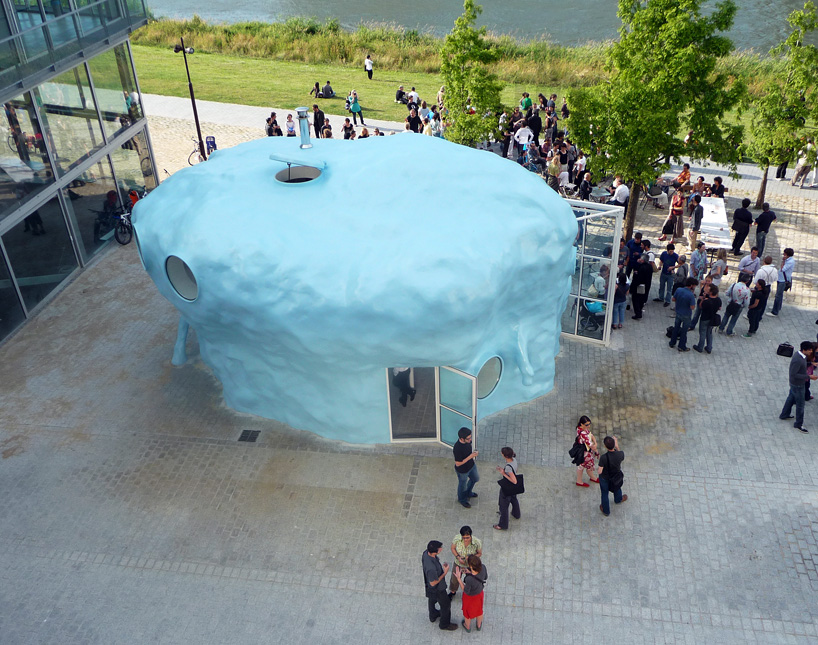 visitors to the bar/ meeting poing in nantes 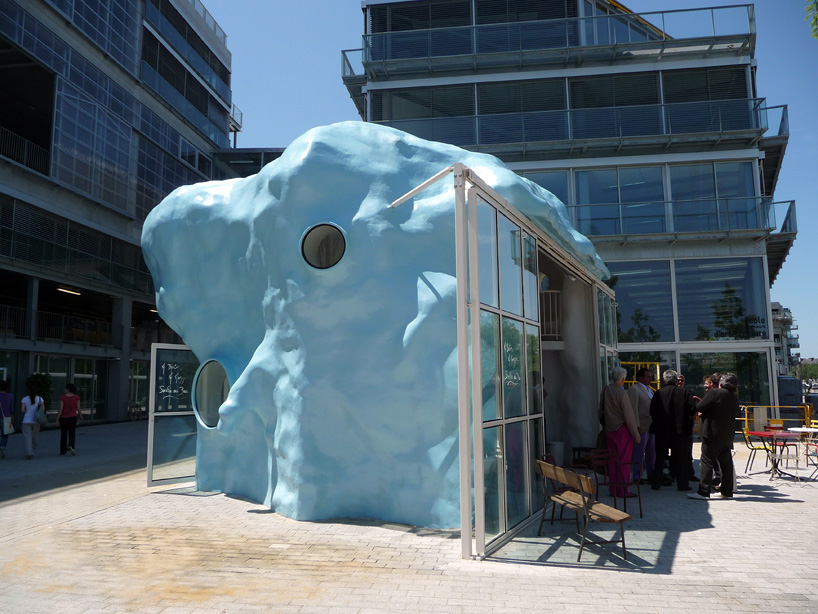 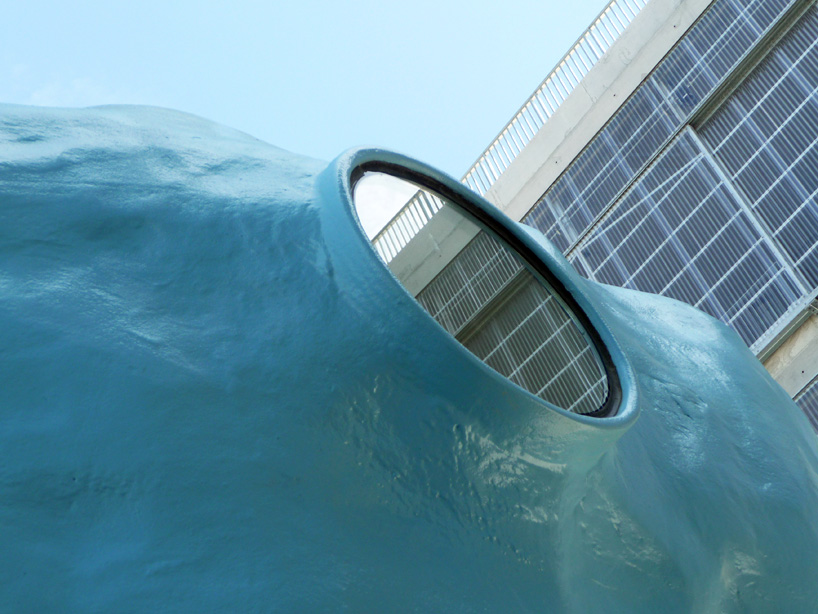 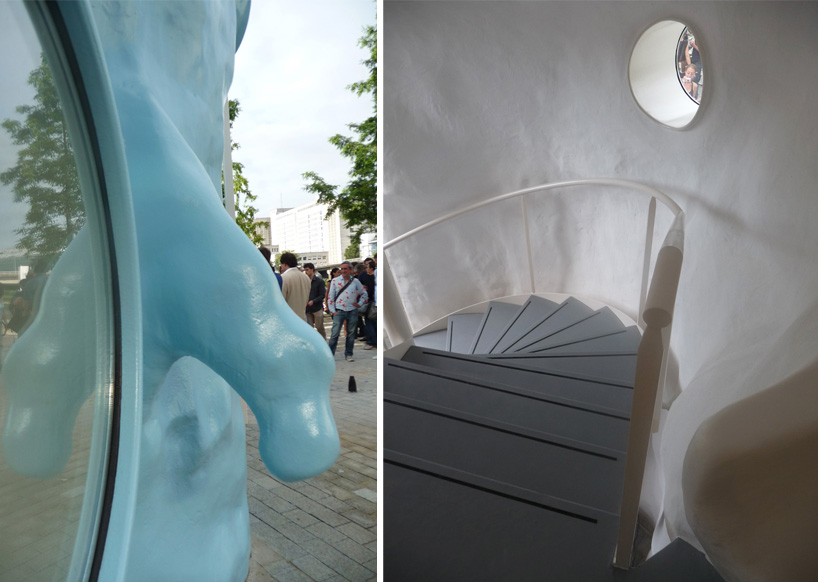 (left) protruding blobs drip off the side of the structure
(right) the two-storey space is illuminated by small, circular windows 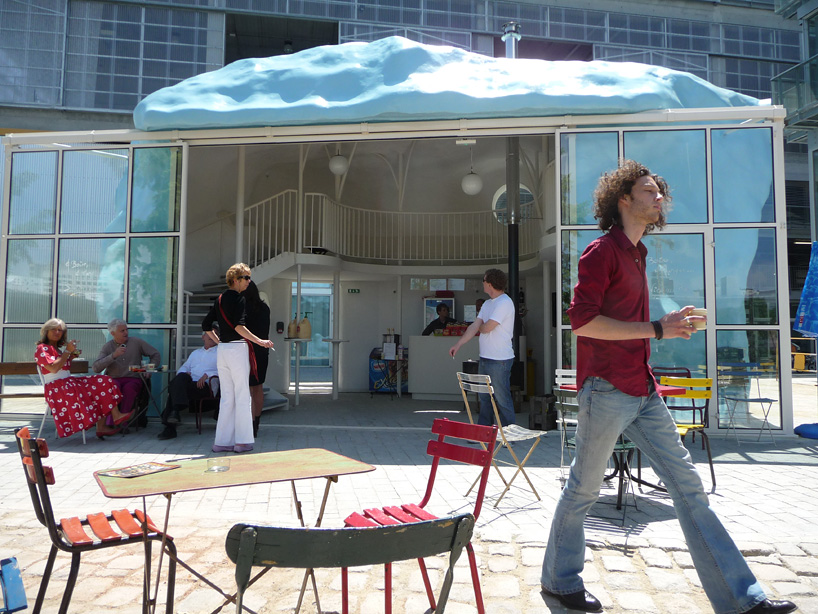 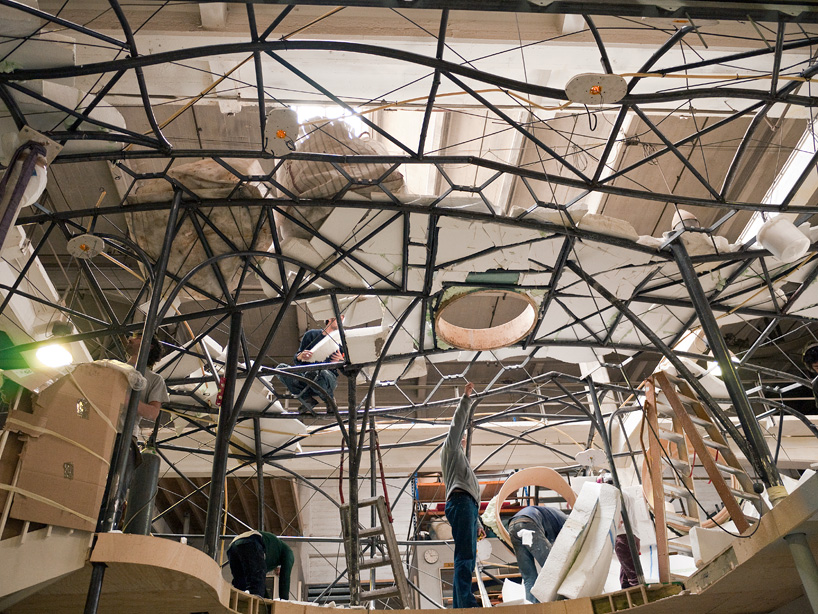 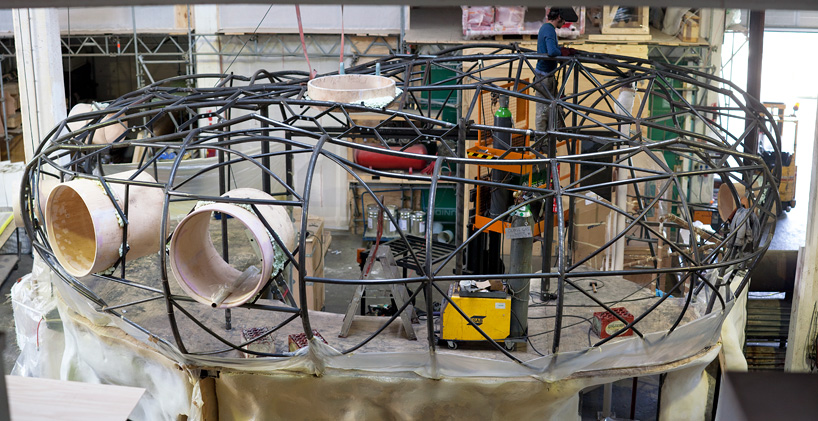 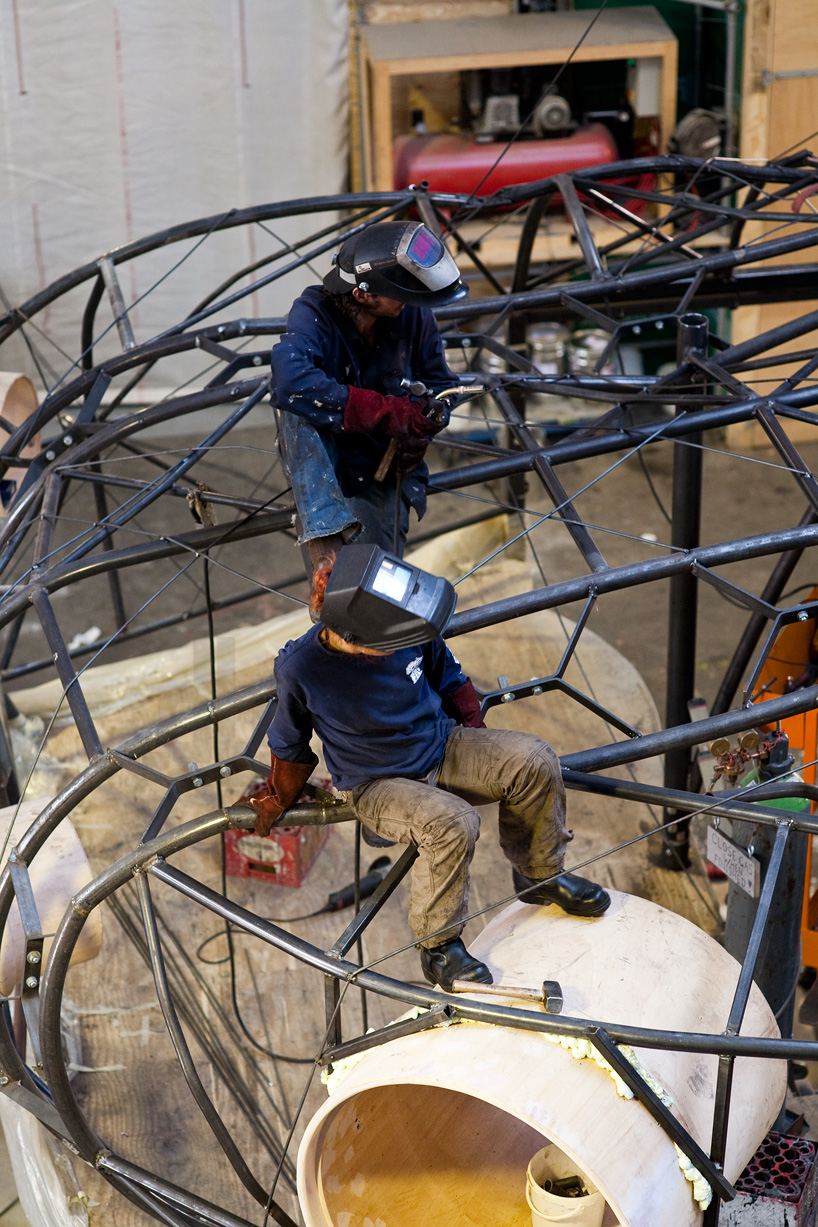