azuma makoto has completed the fourth installment of his ‘in bloom’ experimental series. one of the main project objectives is to place elements of botanical life in naturally impossible situations. for this portion of the project, a bouquet of carefully arranged flowers was launched into the stratosphere. this phase reexamined some features of the projects first installment, ‘exobiotanica.’ in which the team successfully launched a 50-year-old bonzai tree into space. like the bonzai tree, the flower bouquet’s entire journey was documented from ground to space and back again. 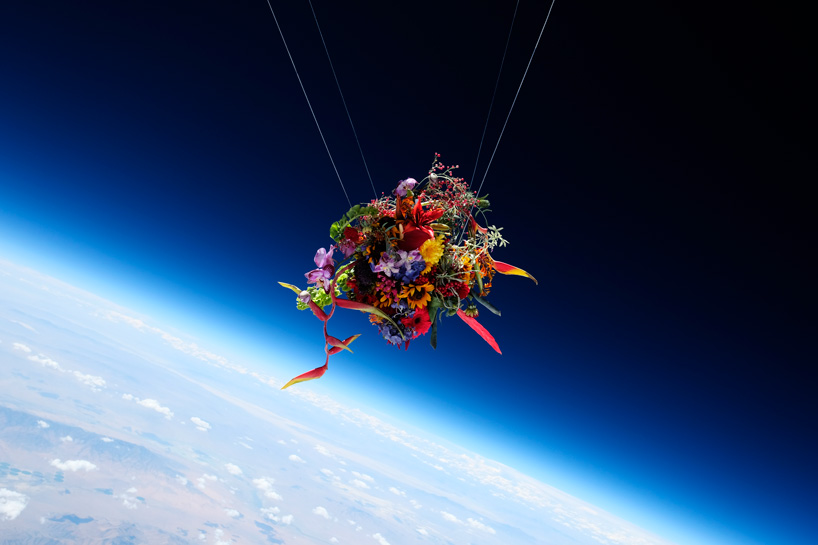 the artist revisited space — launching a large bouquet into the stratosphere

makoto’s flower arrangement was acquired, assembled, and eventually launched from love lock desert in nevada, USA. the new challenge faced in this installment proved to be the object’s weight. the bouquet’s heavier weight of approximately 6kg, made the launch process more ambitious. the project also used medium-format, mirrorless cameras to record the plant’s journey through space — capturing changes in both light and temperature. 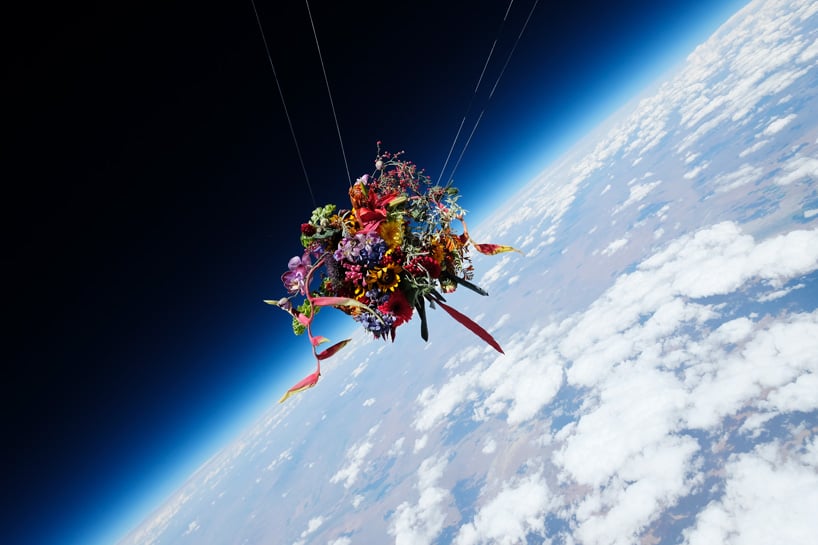 three balloon vehicles were launched as part of this installment. each vehicle and its natural bouquet experienced temperatures of around -47.02 f (-43.9 ℃) with an average altitude climb of 95,555 feet in two hours of flight. 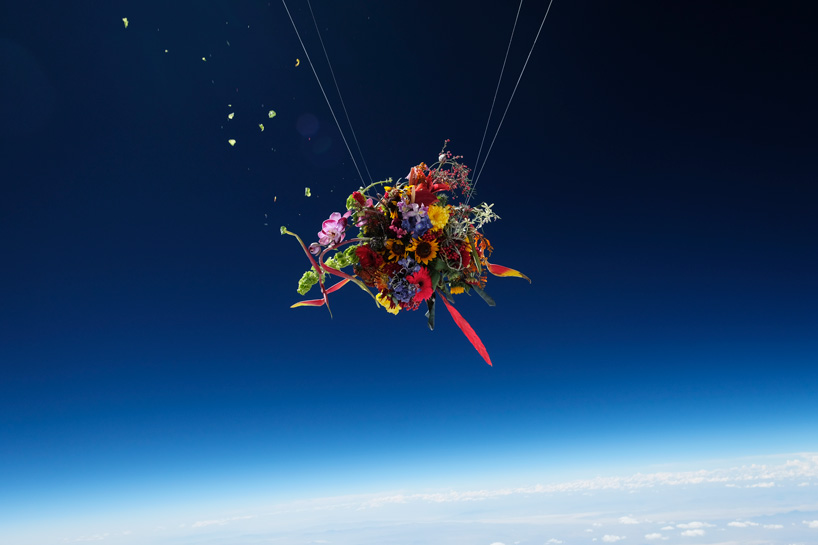 the flowers react to the -47 degree temperatures and atmospheric changes 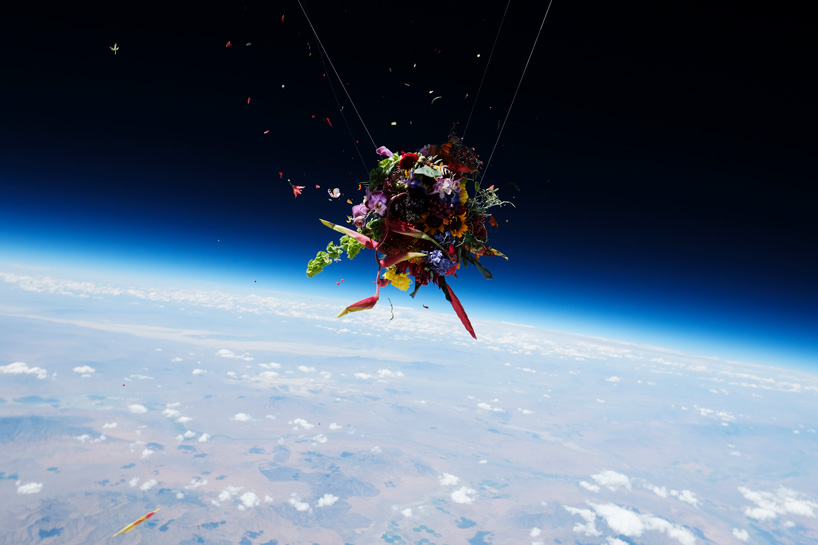 the cameras were able to capture gradual changes in the environment 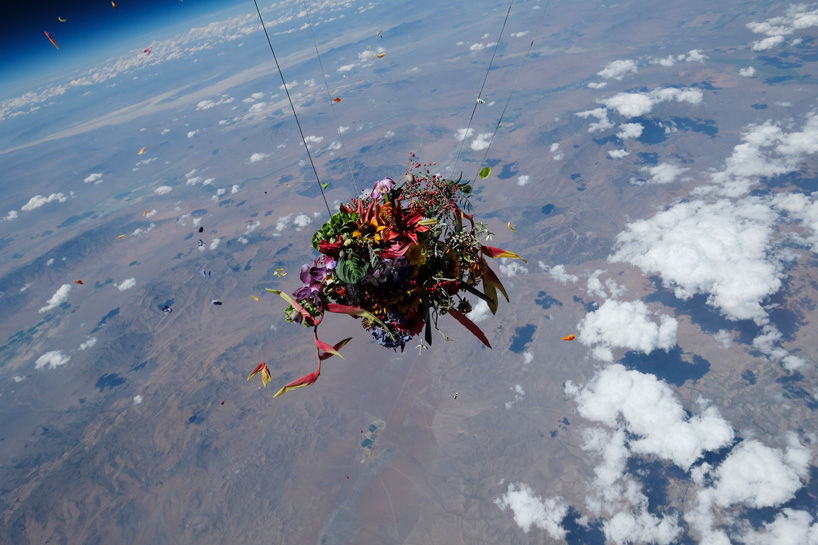 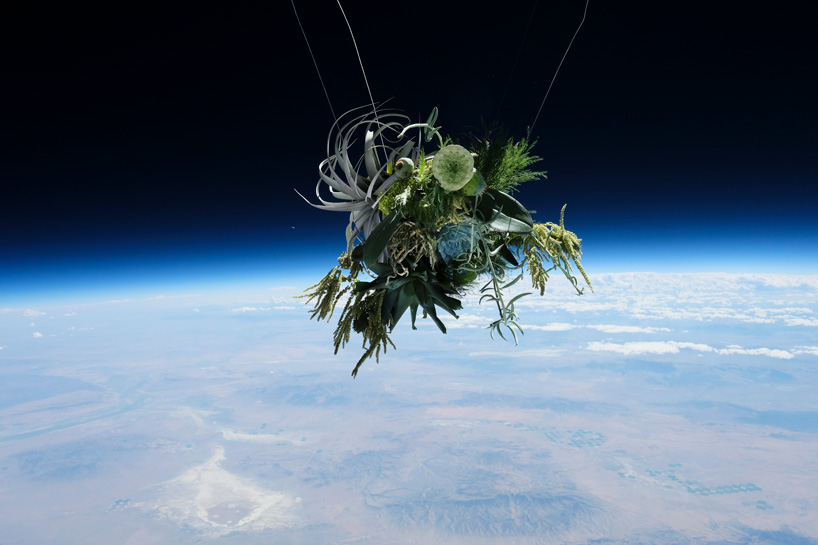 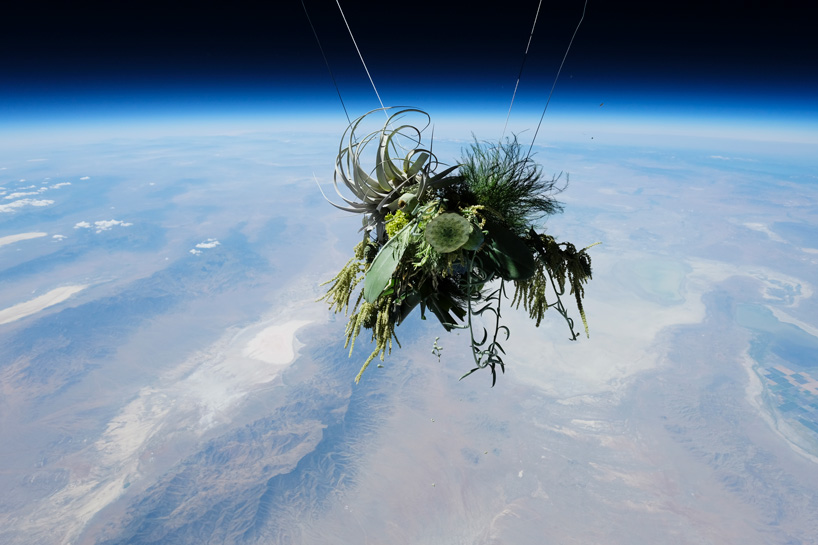 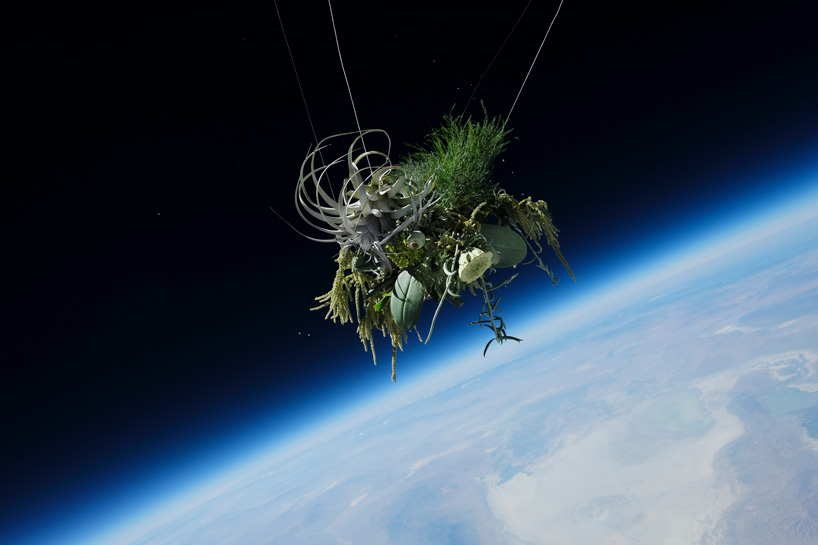 the earth becomes the backdrop for makoto’s plant arrangements 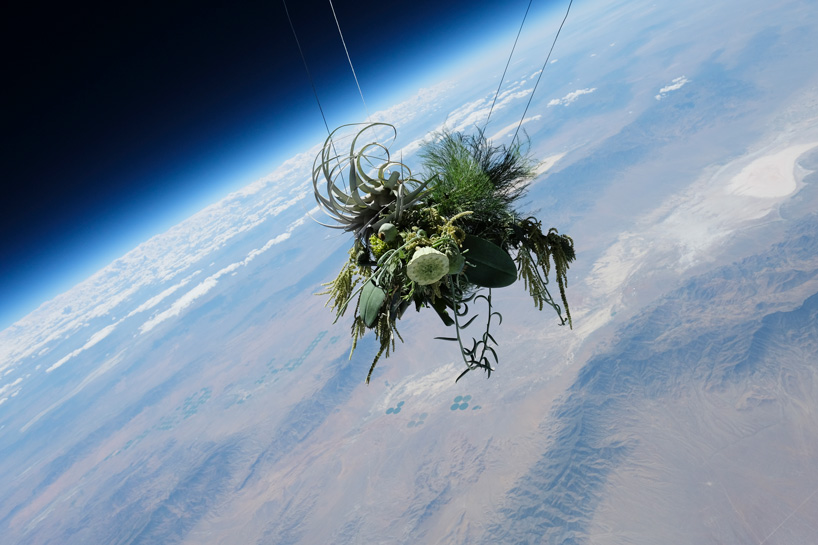 the flowers were launched from love lock desert in nevada, USA 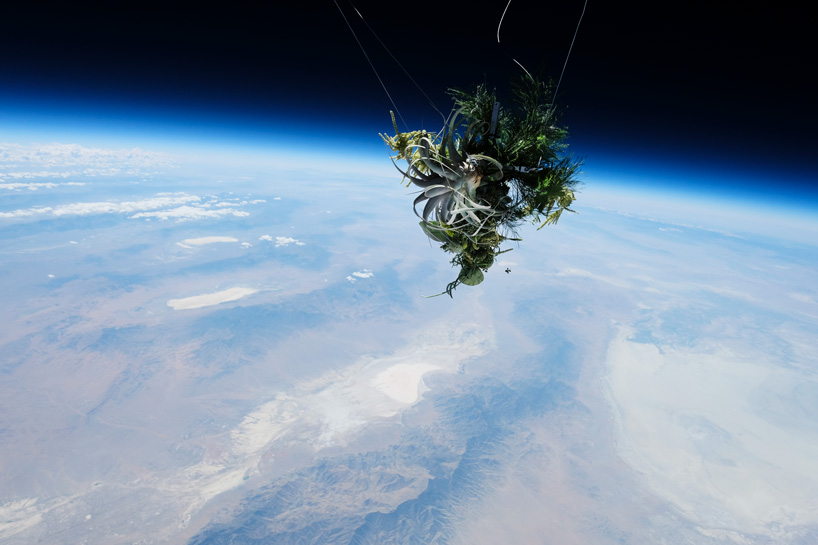 they rose to an average altitude of about 95,555 feet 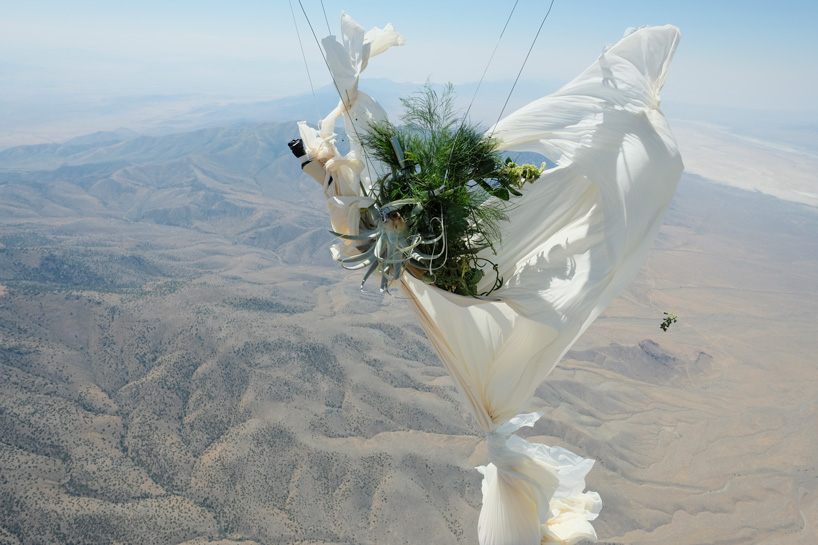 the project included acquisition, assemblage, and launch of the flower bouquets 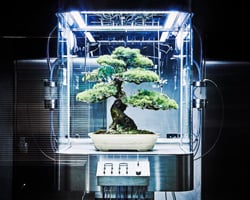 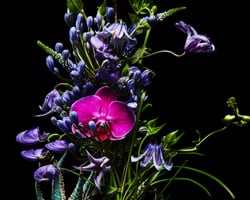 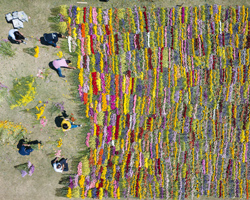 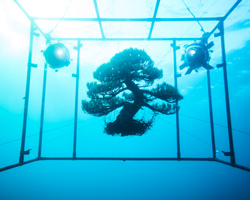 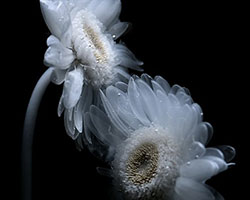 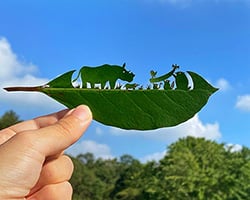 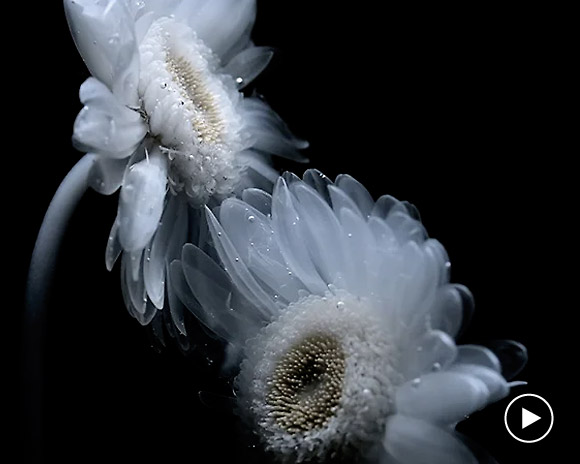 Sep 25, 2020
enzo mari: falce e martello (sickle and hammer) at galleria milano
the abyss that separates the perception of the symbol of the sickle and hammer from the 1970s through the vision of enzo mari.
art
197 shares
connections: 12