in the series ‘ô les mains‘ realized by belgian photographer jeffrey vanhoutte and artist babak hosseiny, the body becomes a canvas for which limbs contort and distort into surreal, hybrid-human figures. conceived around the statement by austrian-british philosopher ludwig wittgenstein, ‘if you do know that here is one hand, we’ll grant you all the rest’, the series imagines highly unusual situations where hands are no longer only hands, but rather physical embodiments of the personal obstacles, wishes or anxieties of the individual. 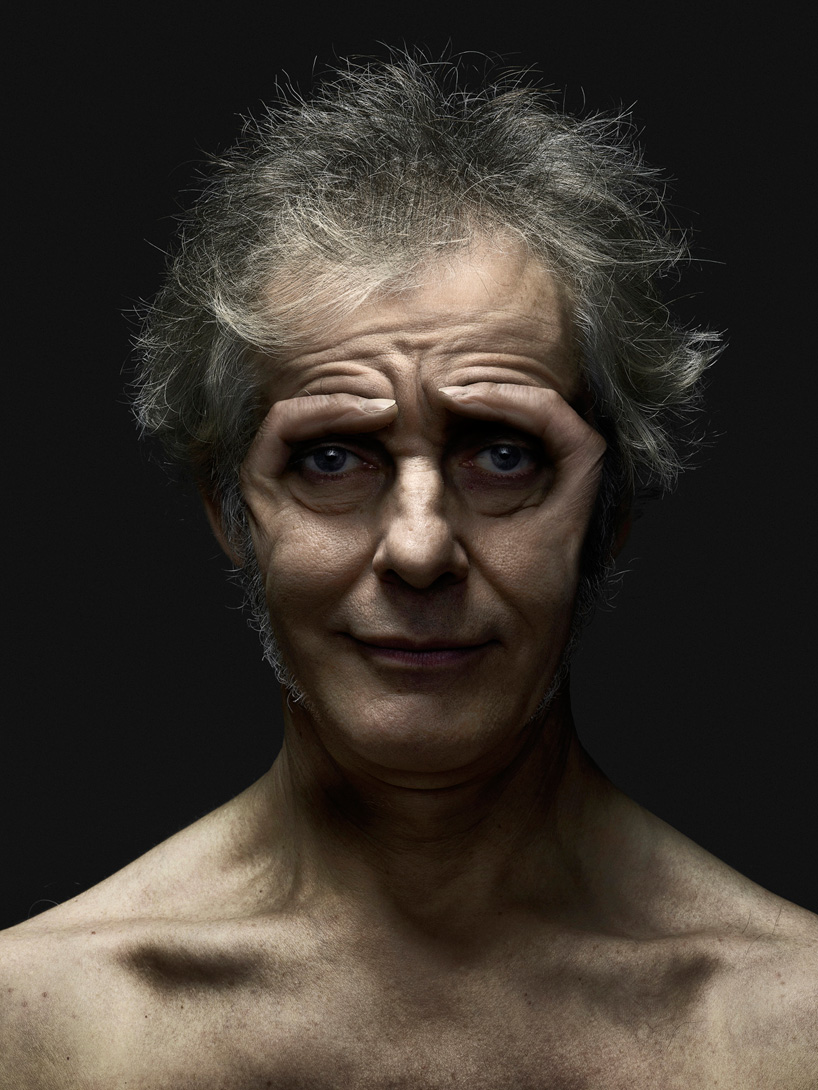 hands and arms sprout out and protrude from mouths, eyes, necks and backs, interacting with the face and body they are each attached to. in some cases, a struggle appears to be taking place between the two parties; in other instances, the hand and fingers are merely an extension of the person, casually germinating from the subject’s forehead. 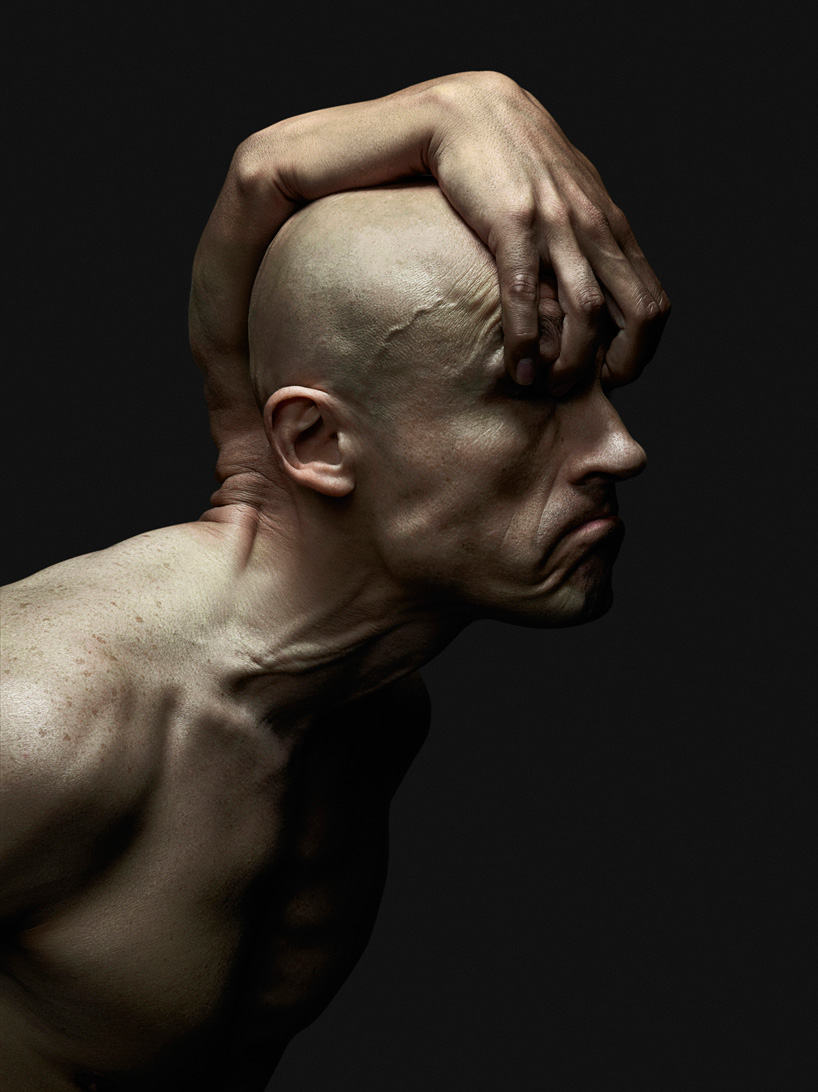 in their realization, the images required the interplay between staged photographic scenography, makeup, and post-production retouching in order to allow them a highly realistic quality. 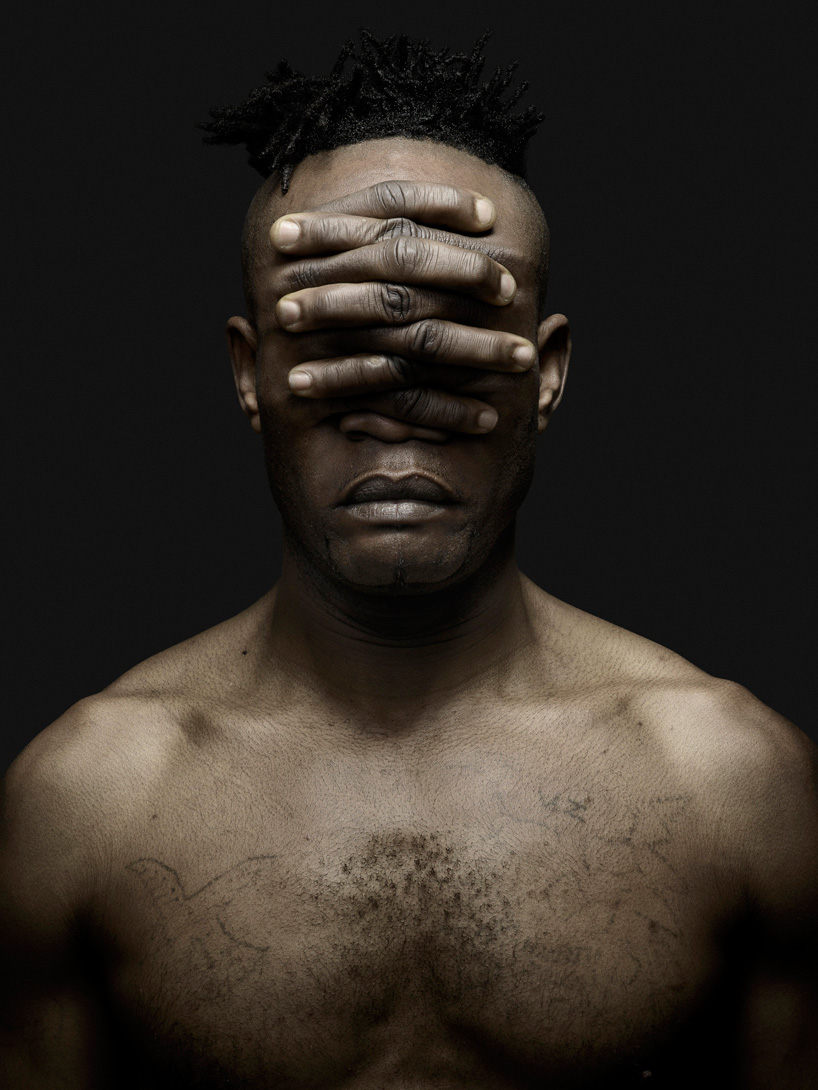 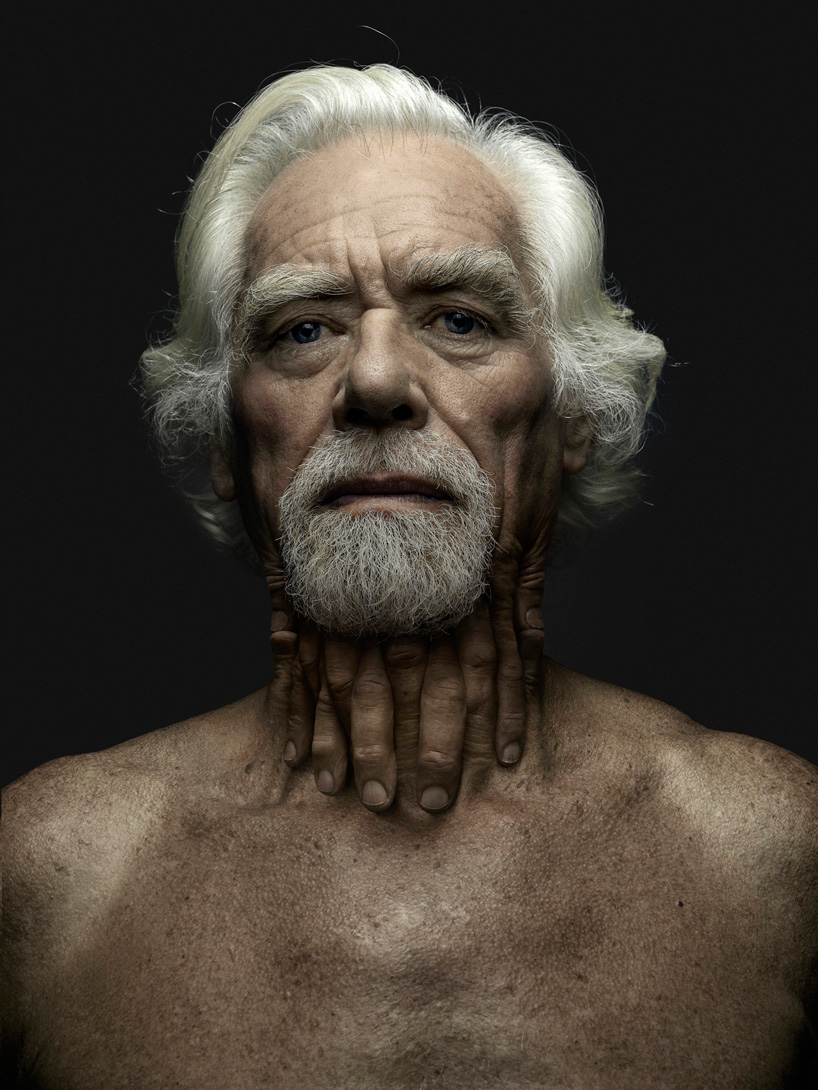 the neck is clad with a row of interlaced fingers 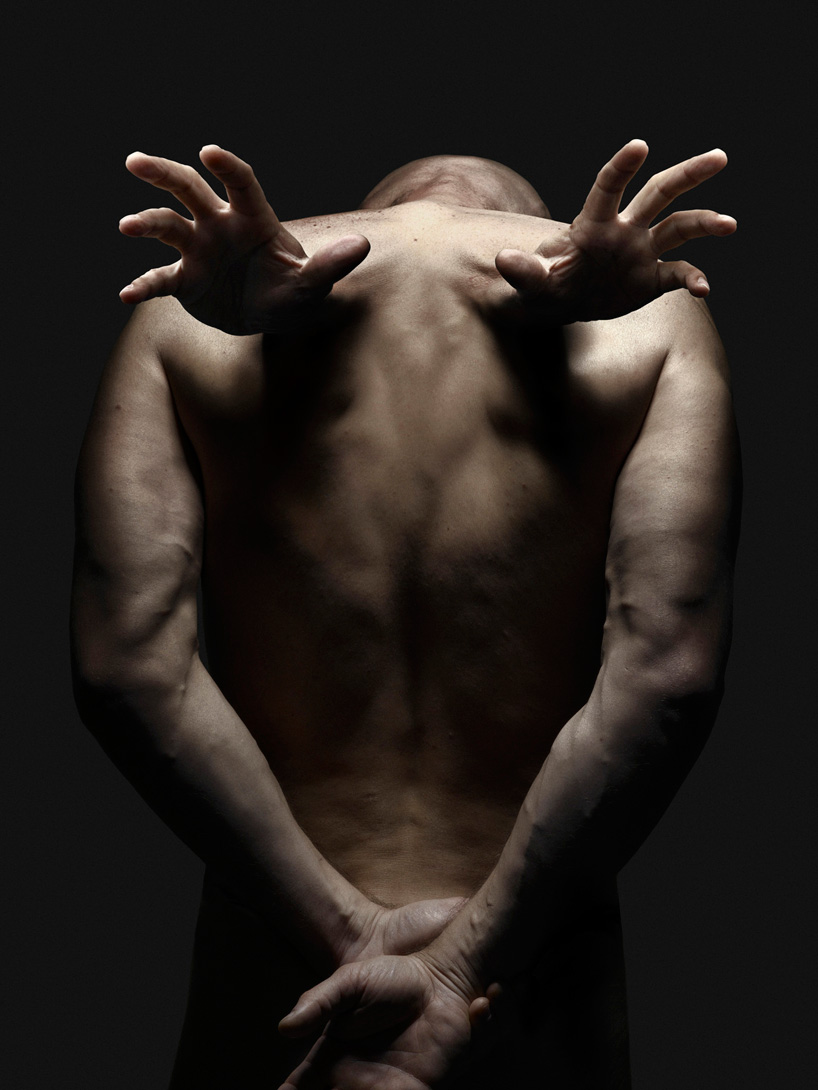 two hands extend outwards from the subject’s back, resembling a pair of wings 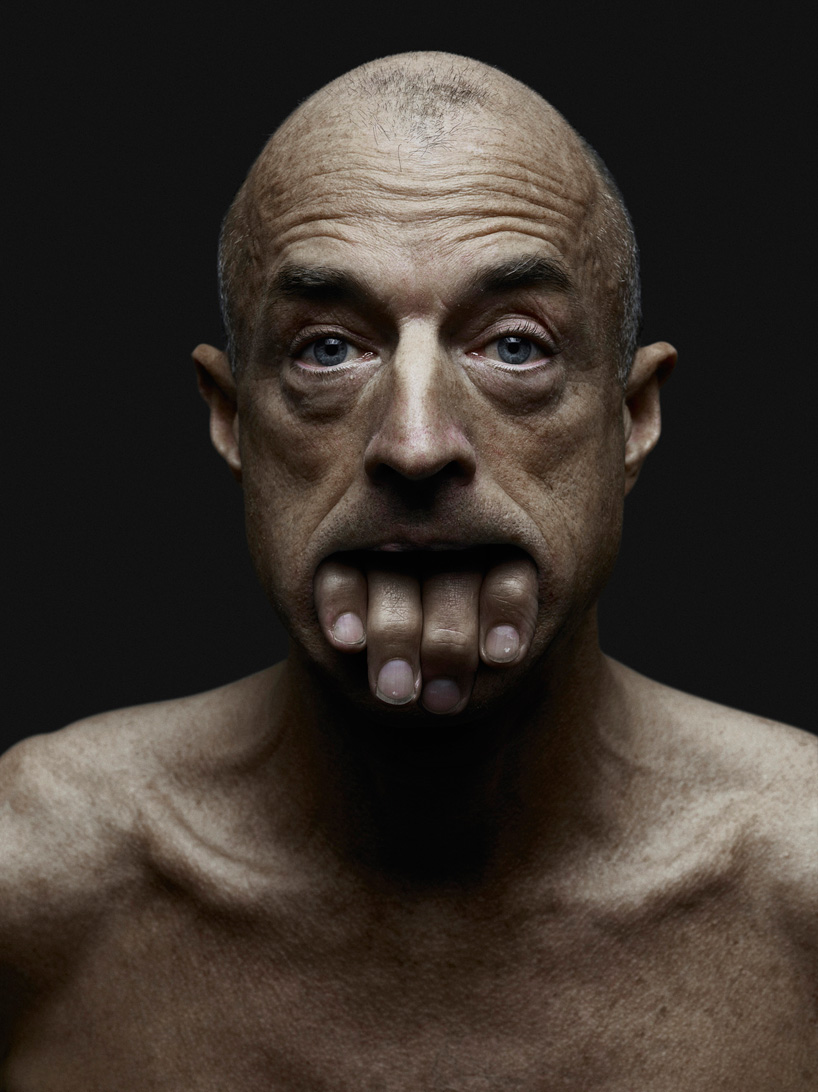