these film posters show the true colors of our favorite filmmakers. the project is a rainbow of homages — can you recognize all the film references? it’s common knowledge that filmmakers use their own experiences to make their work, but actually federico babina used their work to remake them through portraiture. in this series of cartoonish movie posters, the italian artist subtly pokes fun at our favorite directors, creating their caricatures out of essential plot objects from their films. 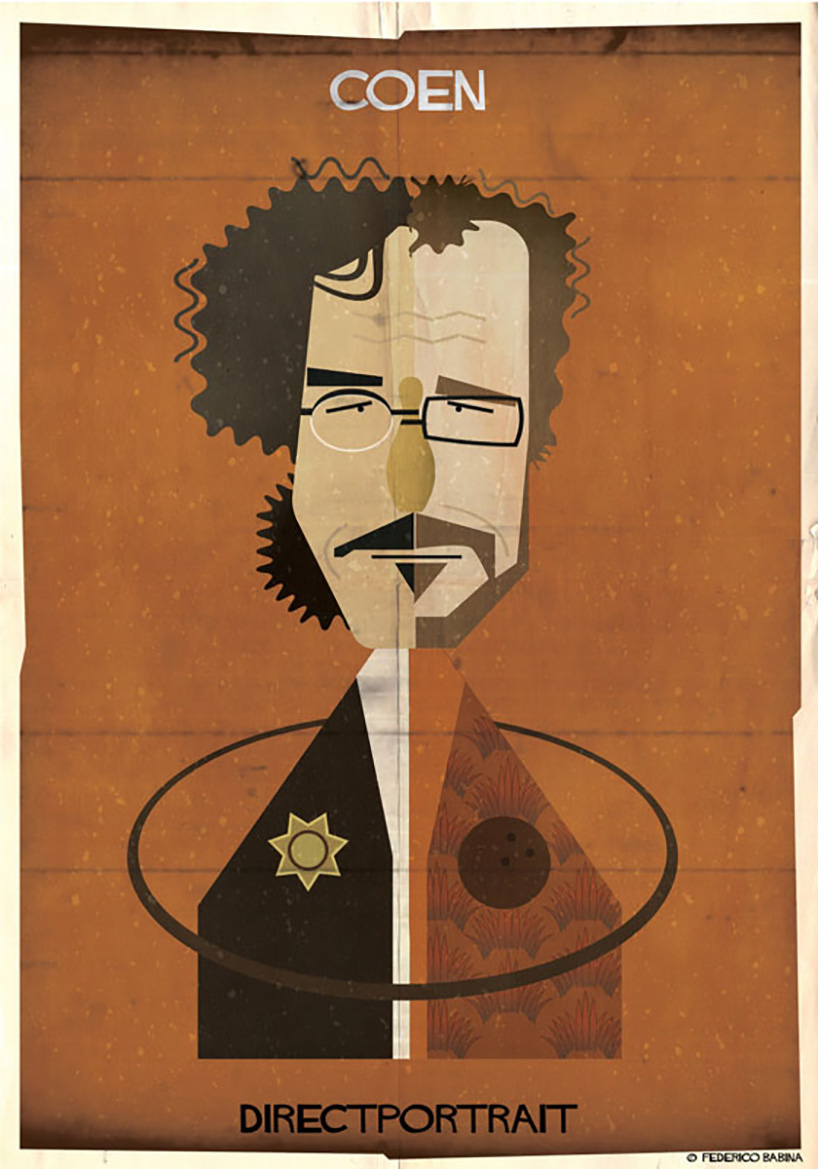 all images by federico babina

for ‘DIRECTPORTRAIT’, babina uses an axe to make stanley kubrick’s nose (for those out of the loop, this is a prop from ‘the shining’). his eye is decorated like the cover of ‘a clockwork orange’, and his coat is adorned with the bomb from ‘dr. strangelove’, toped off with hal’s red eye as a suit button. george lucas, on the other hand, is a cyborg of ‘star wars’ tech, while alfred hitchcock has the body of a haunted house littered with murder weapons from his dark films. wes anderson has the tent from ‘moonrise kingdom’ as a suit — an army green he would no doubt sport. 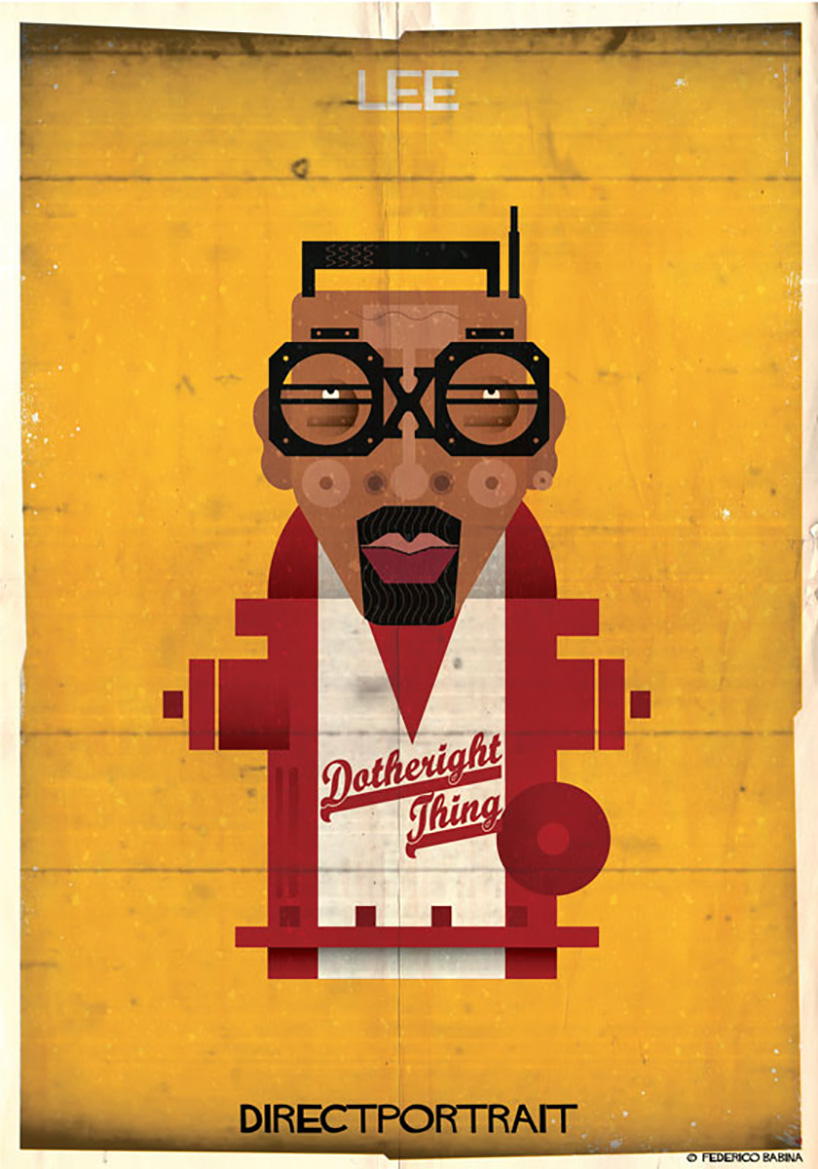 these directors have become so entwined with their films that it’s often hard to think of their creations and not the creator. it’s therefore a creative tribute to construct them each with their stories and plot devices. babina sees it all as an effective creative exercise, constructing new meaning from shapes and iconic faces. 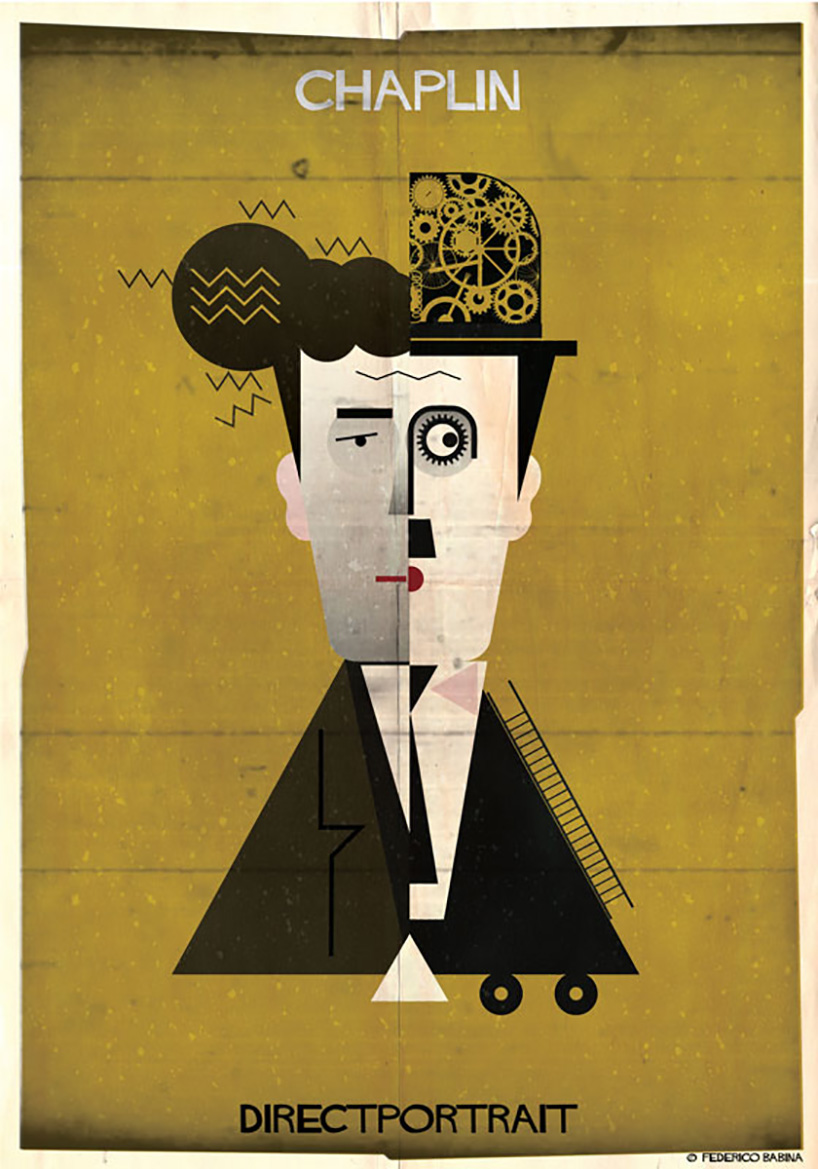 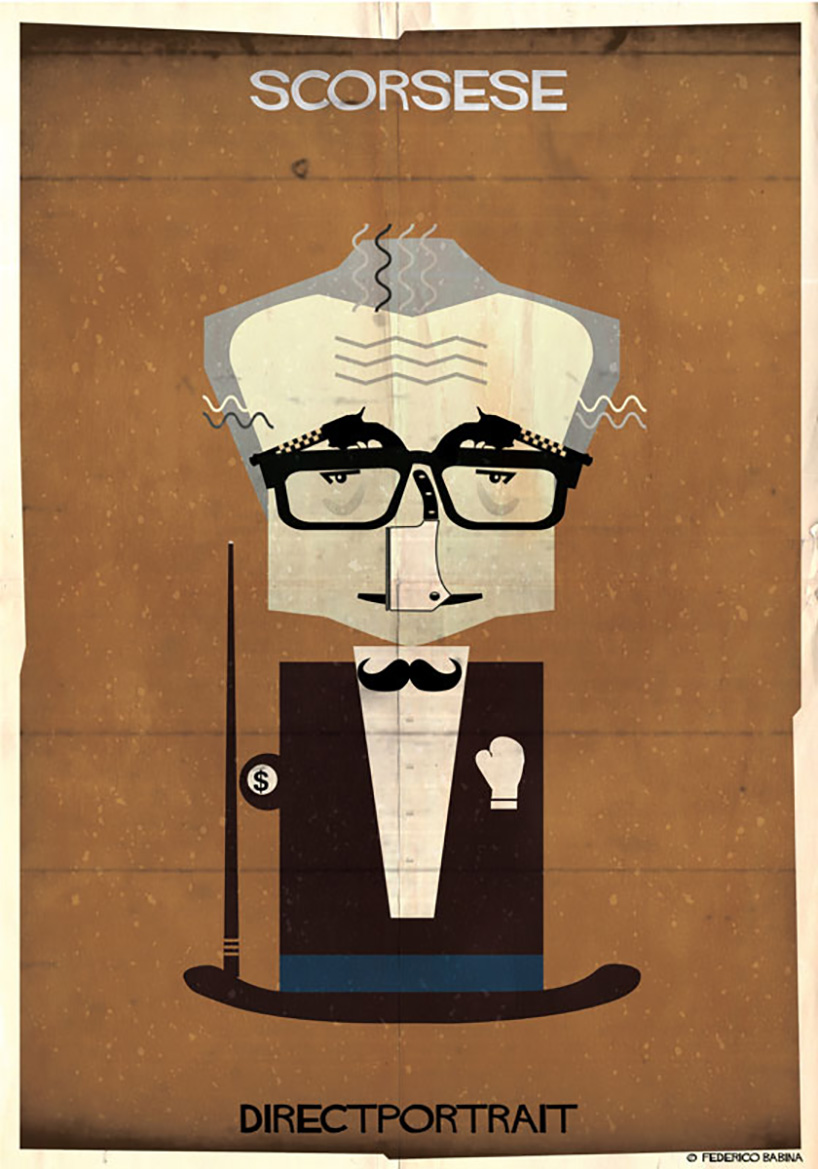 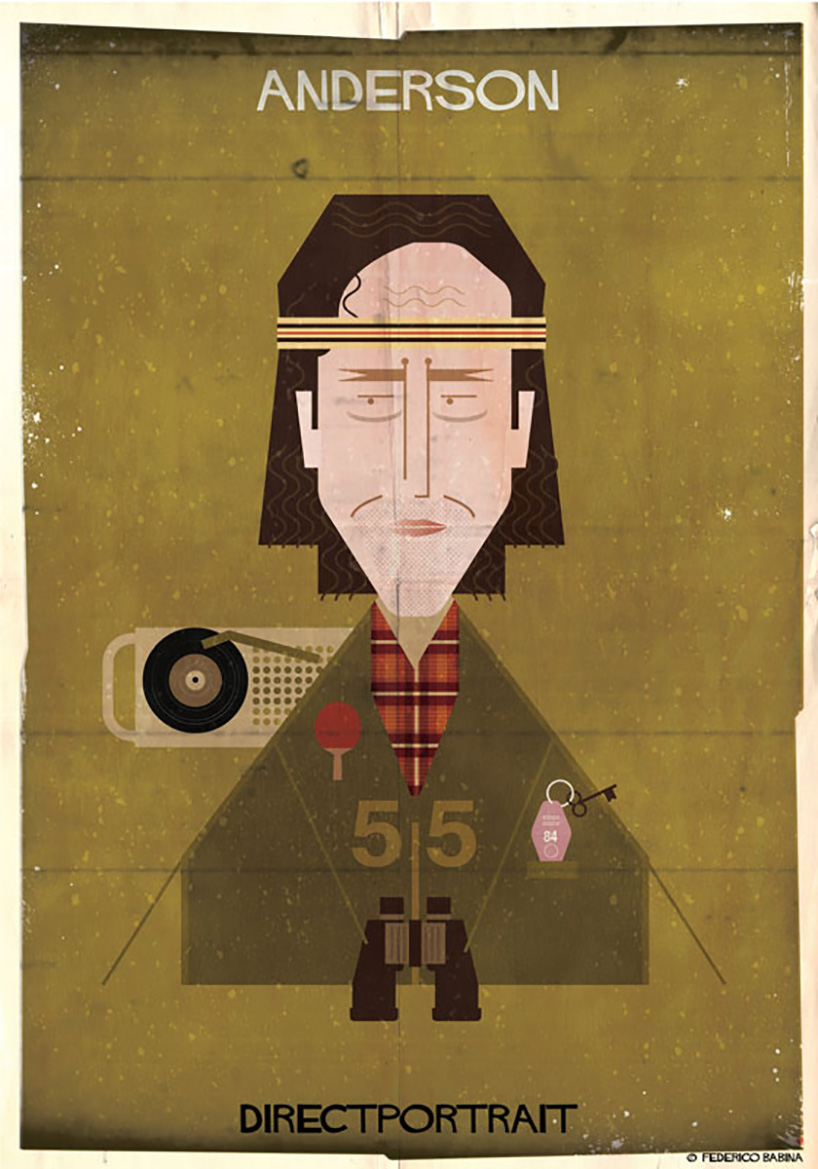 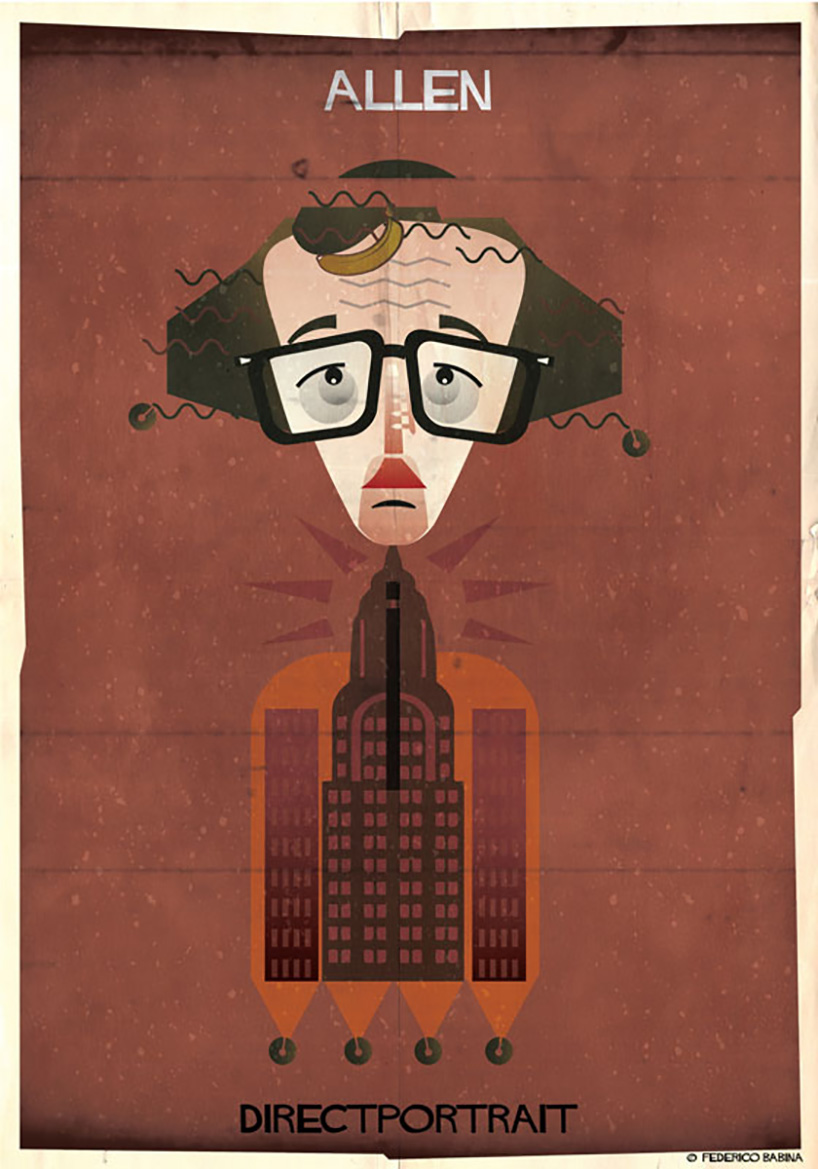 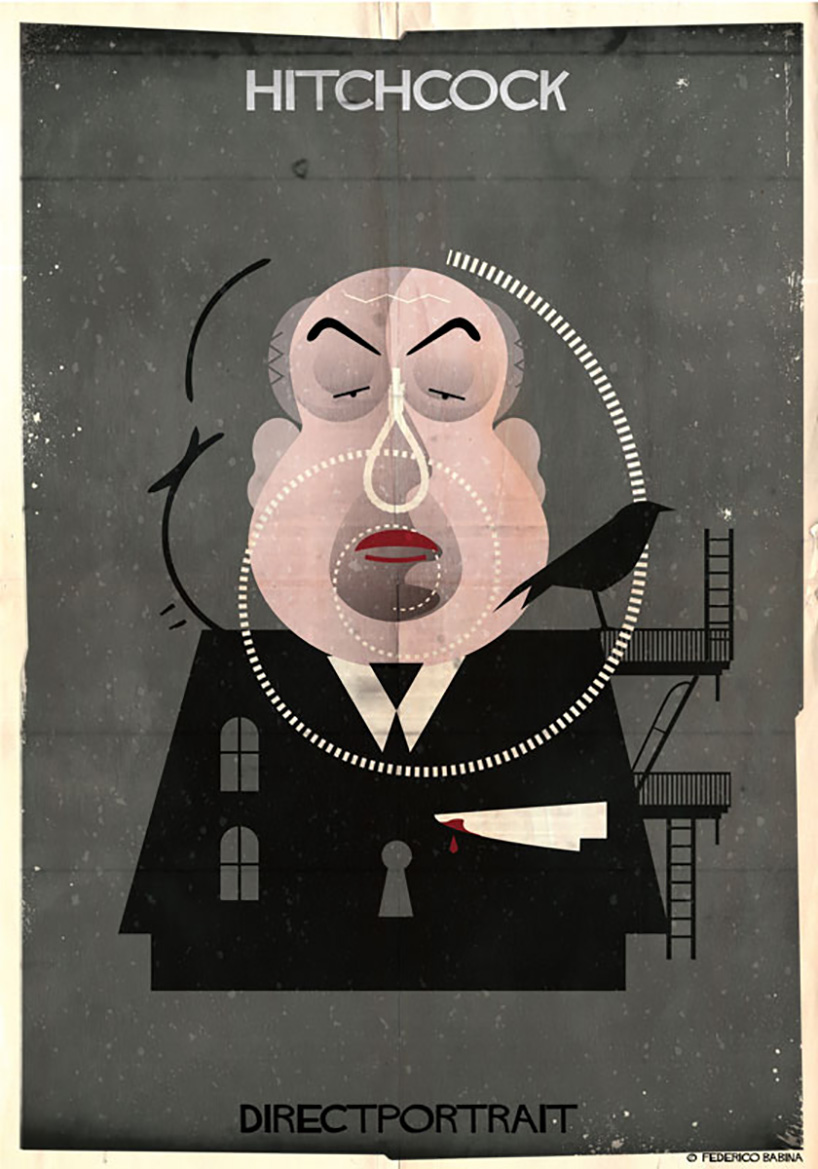 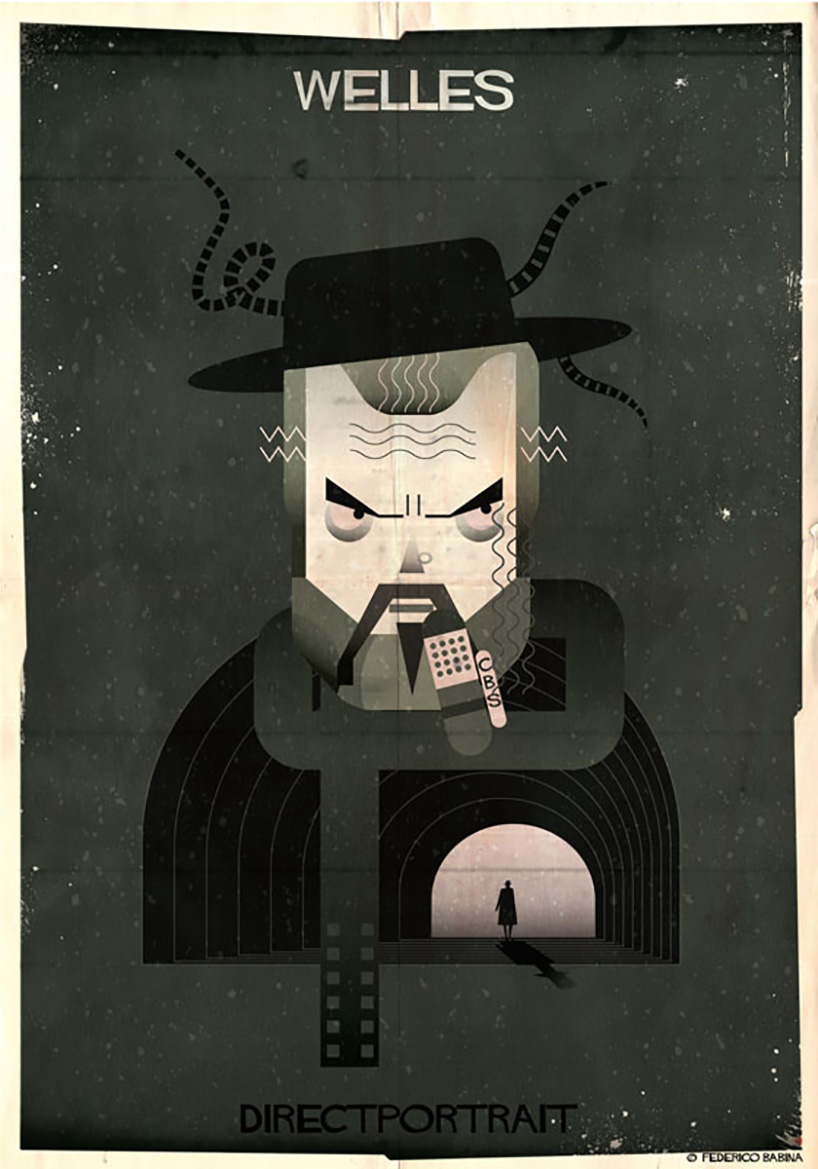 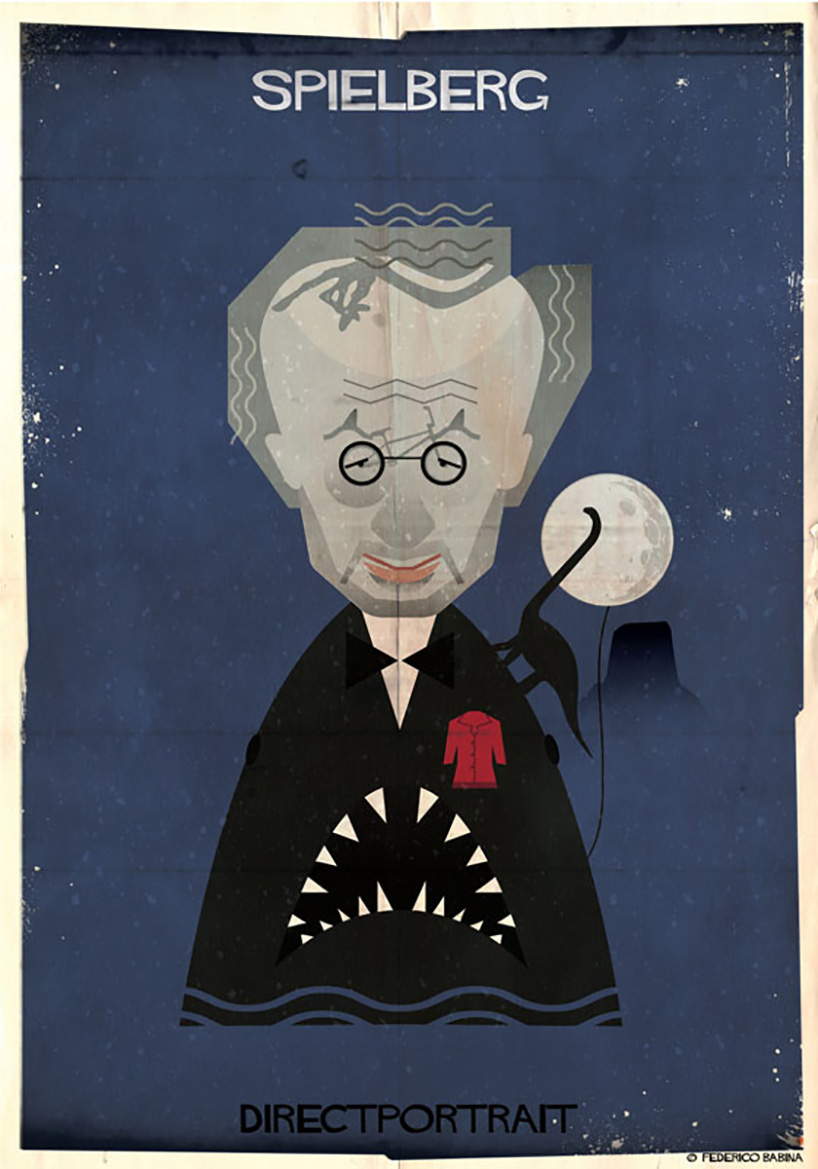 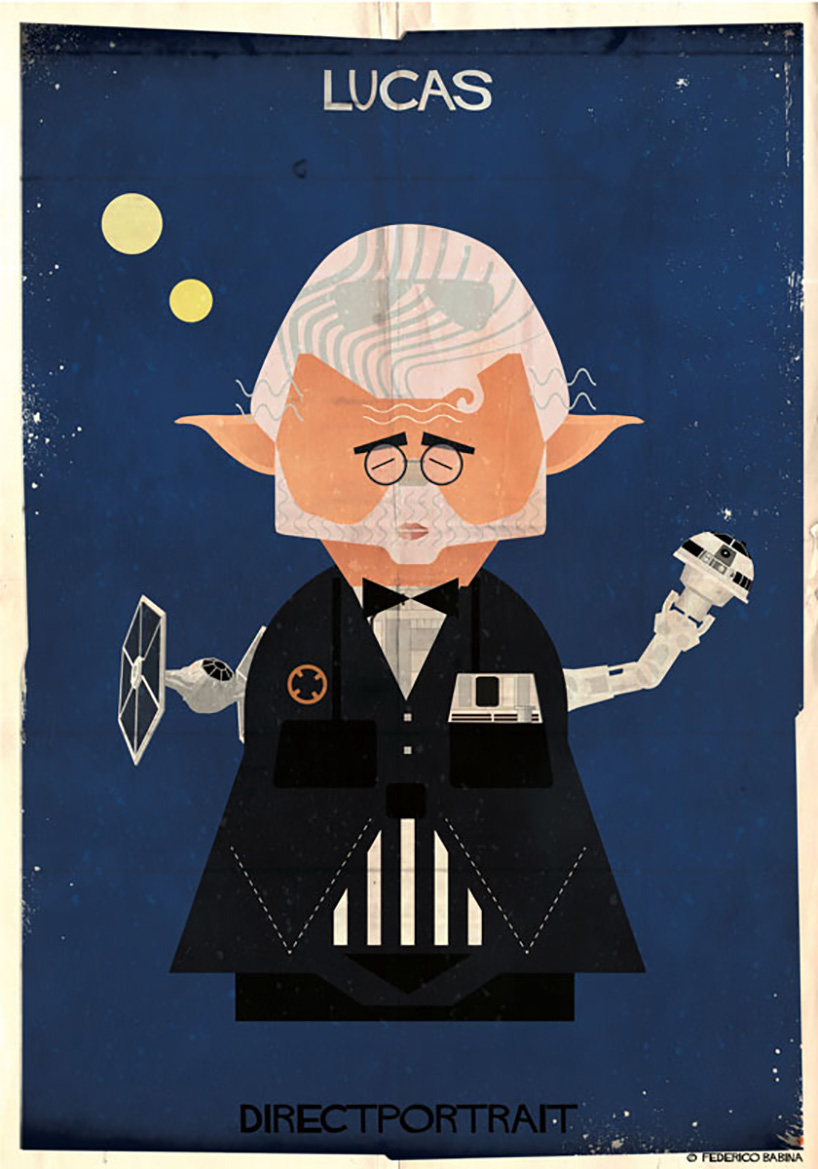 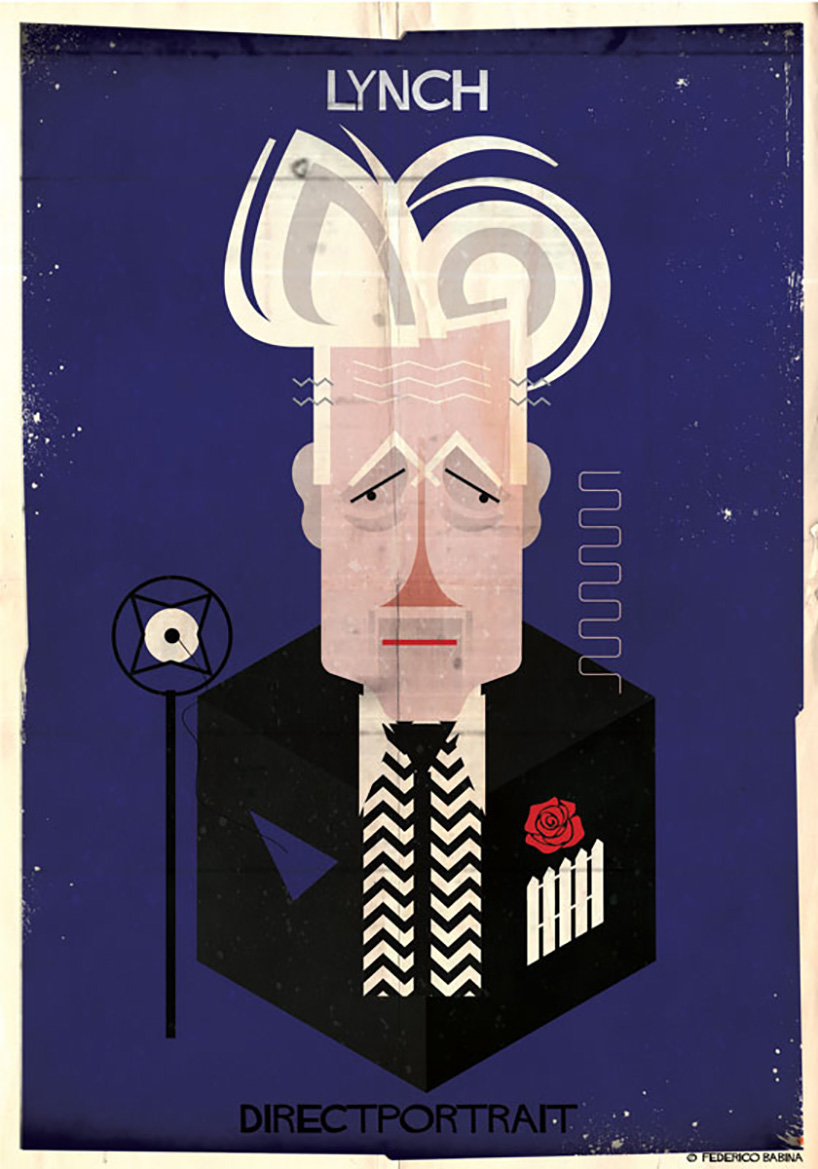 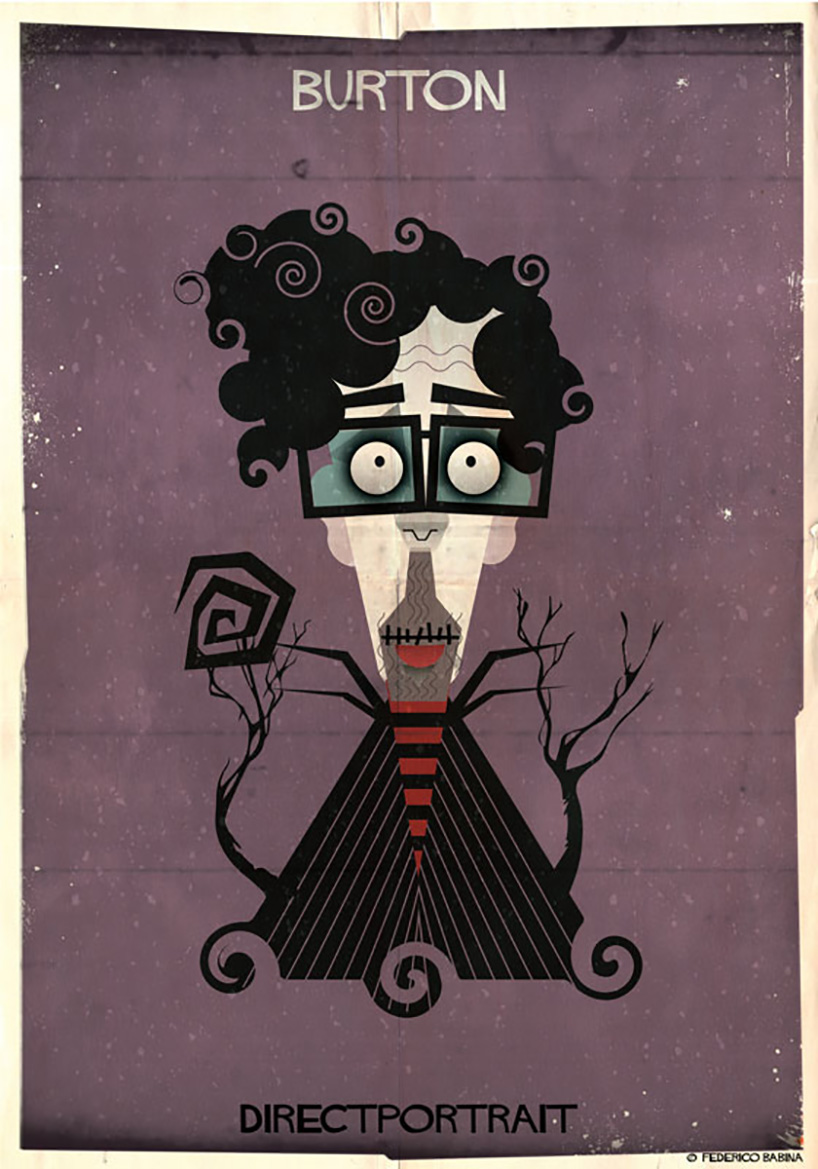 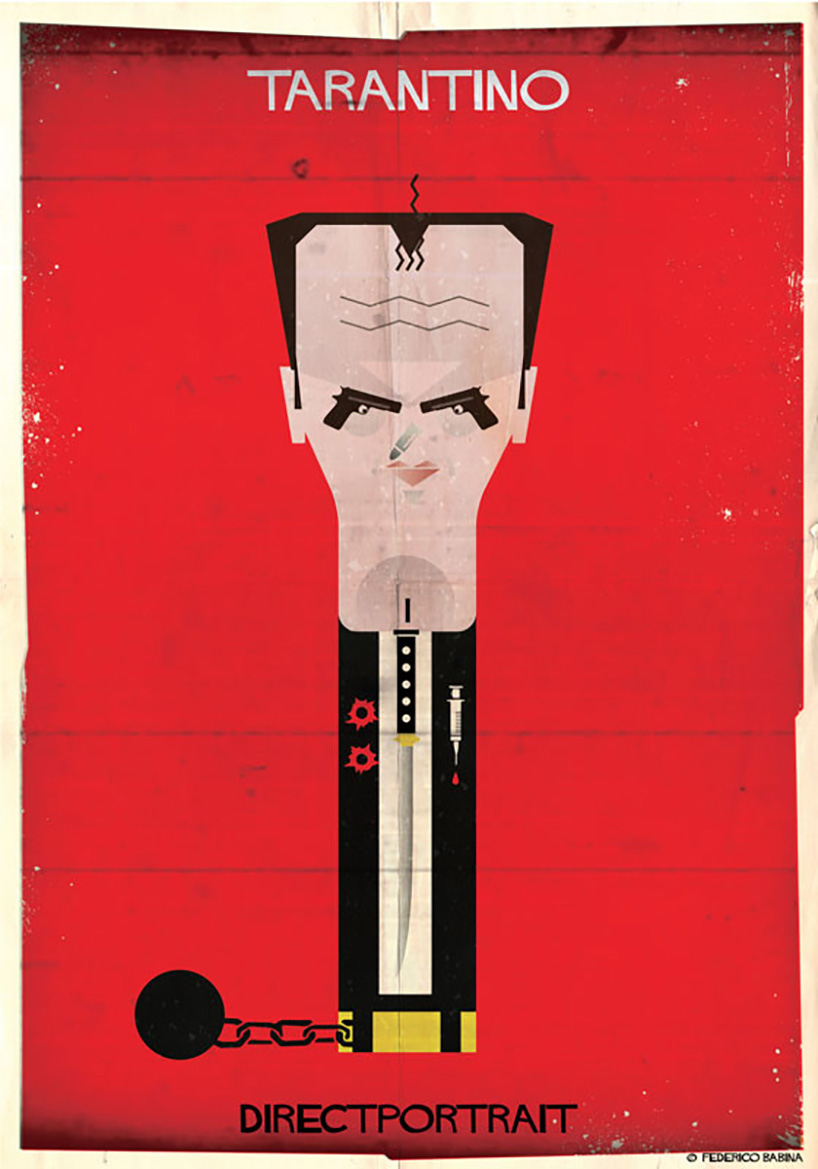 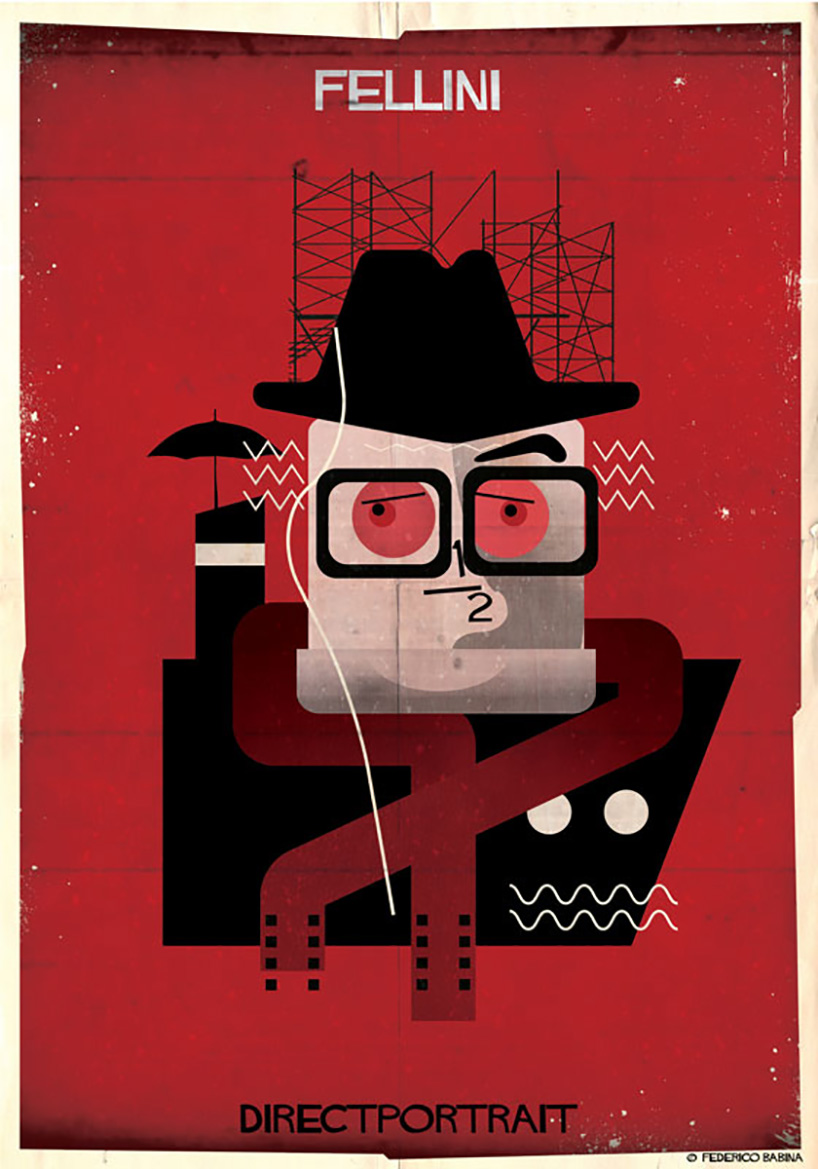