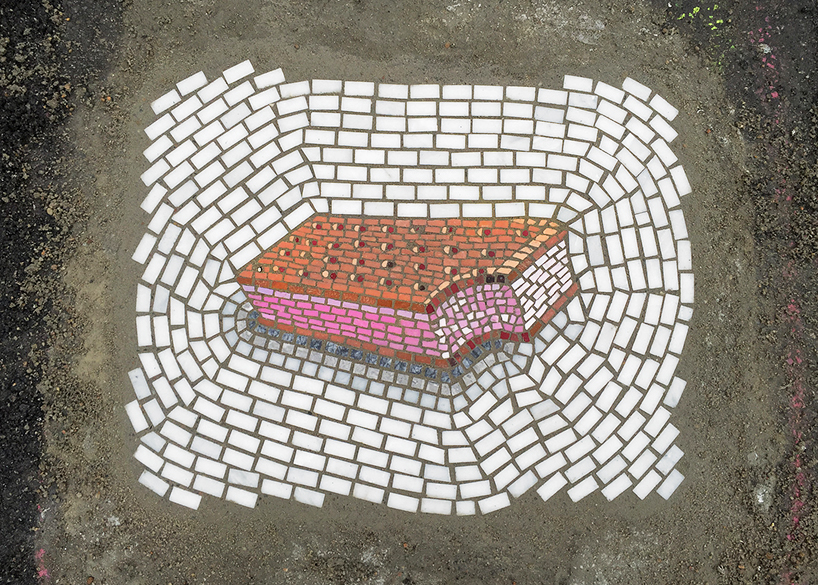 about three years ago, jim bachor began to beautify the streets of his native chicago by filling the city’s potholes with vibrant glass and marble mosaics. his first concepts and early explorations played with serial numbers, to represent the vast quantities of holes in the street; phone numbers of nearby auto shops, to repair damage caused by them; flowers, as an elegant juxtaposition to the universally ugly pothole; and last year’s 10 piece campaign ‘treats in the streets’, which featured classic ice cream sweets. now, with pothole season soon upon us, bachor is seeking funding on kickstarter to finance a new series of permanent street artworks. see an interactive map of the already completed pieces here. 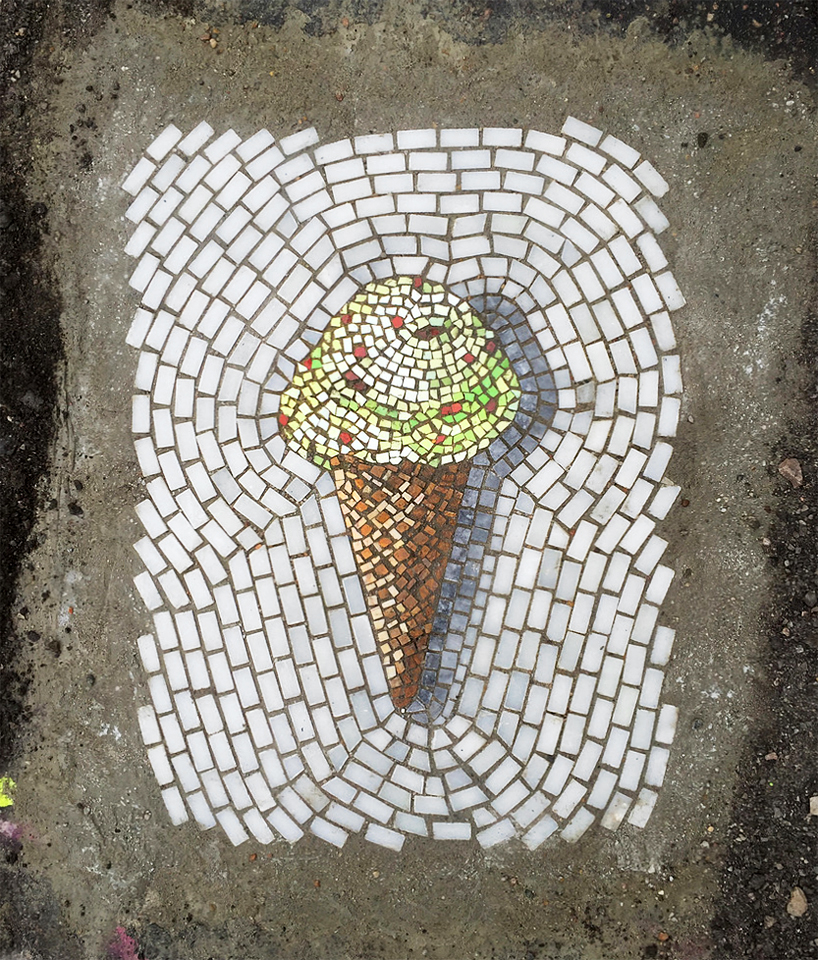 ‘the permanence of the art form is what drew me mosaics first,’ bachor says. ‘marble and glass do not fade. mortar is mortar. an ancient mosaic looks exactly as intended by the artist who produced it over two millennia ago. what else can claim that kind of staying power? I find this idea simply amazing. since then I’ve devoted myself to changing people’s perception of what a mosaic could be. using the same materials, tools and methods of the archaic craftsmen, I create mosaics that speak of modern things in an ancient voice. from junk food to coffee to breakfast cereal, my work permanently locks into mortar unexpected concepts drawn from the present.’ 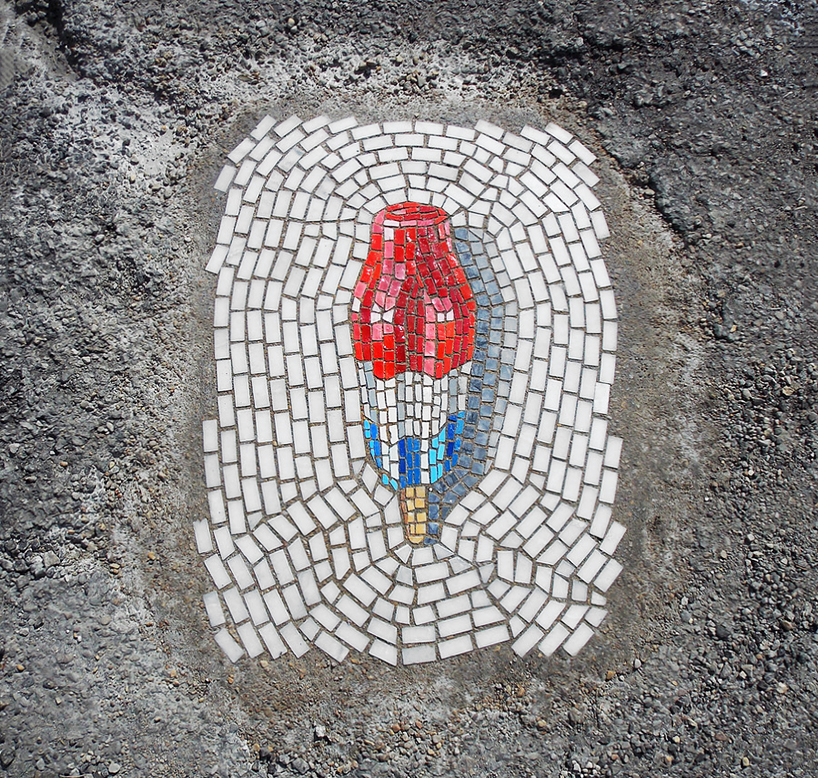 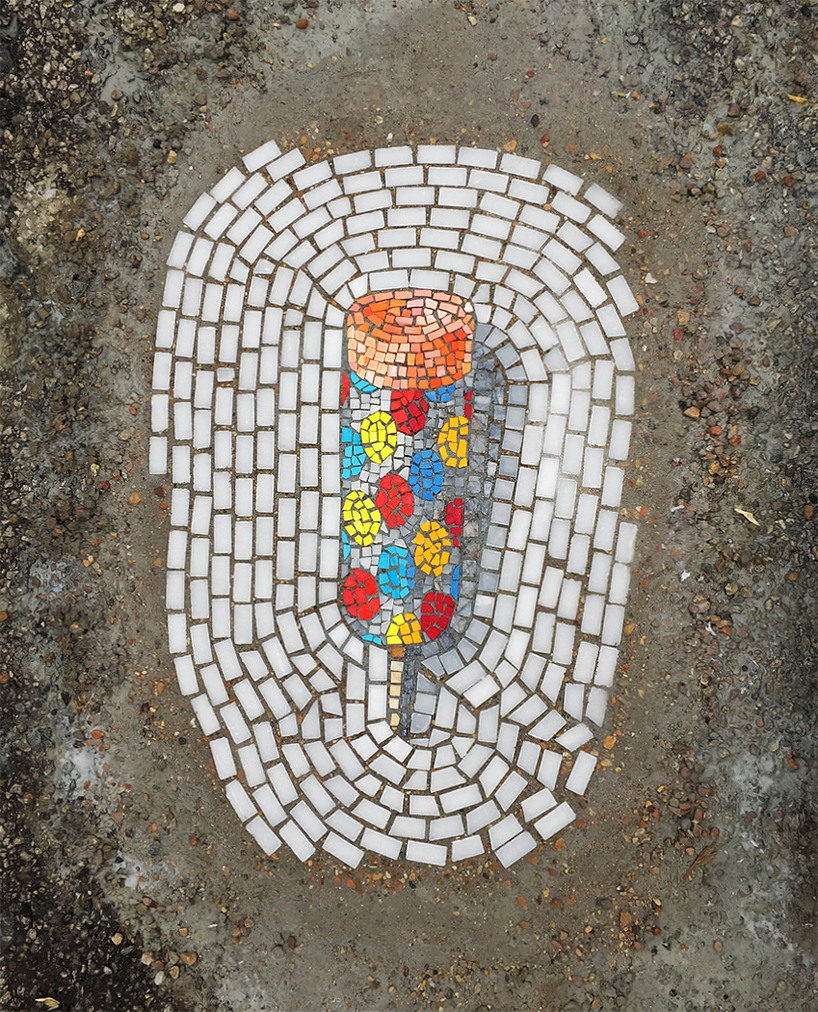 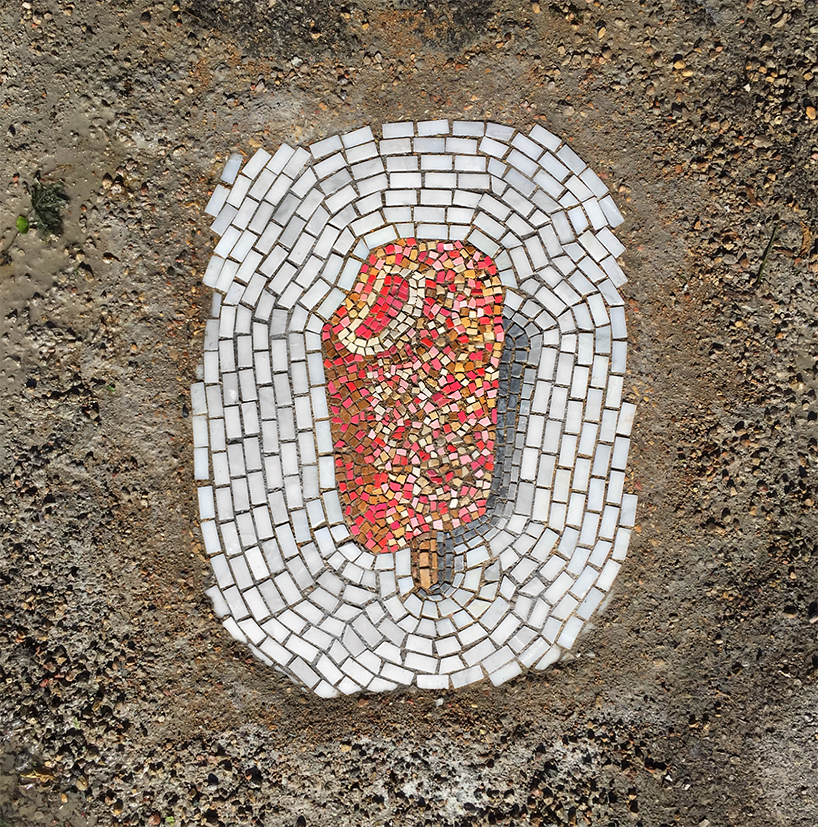 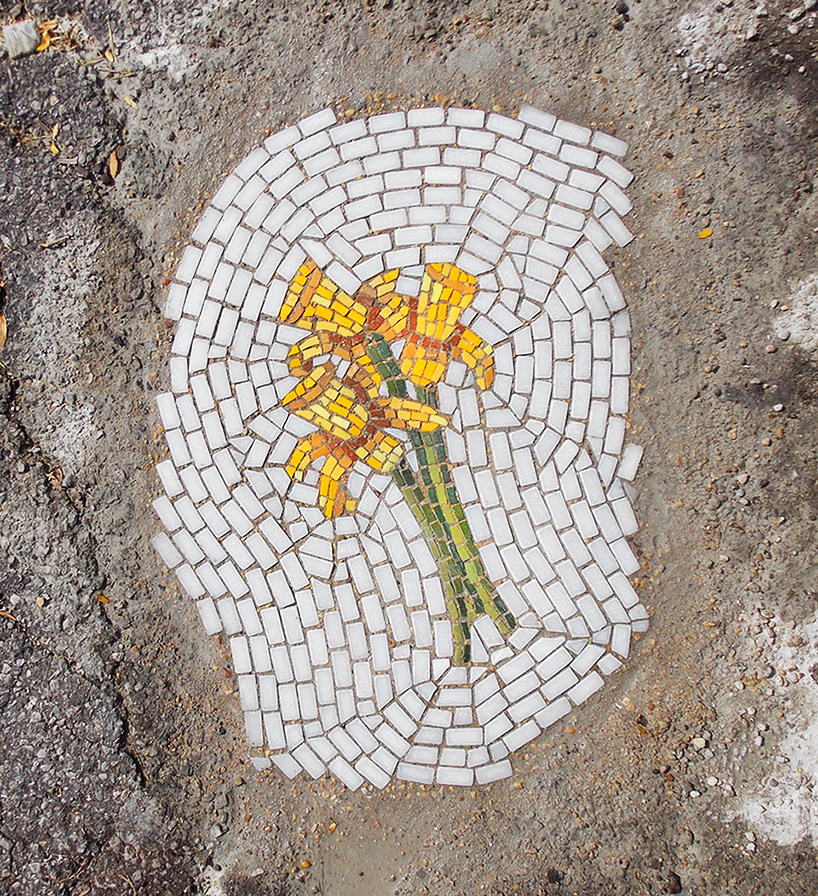 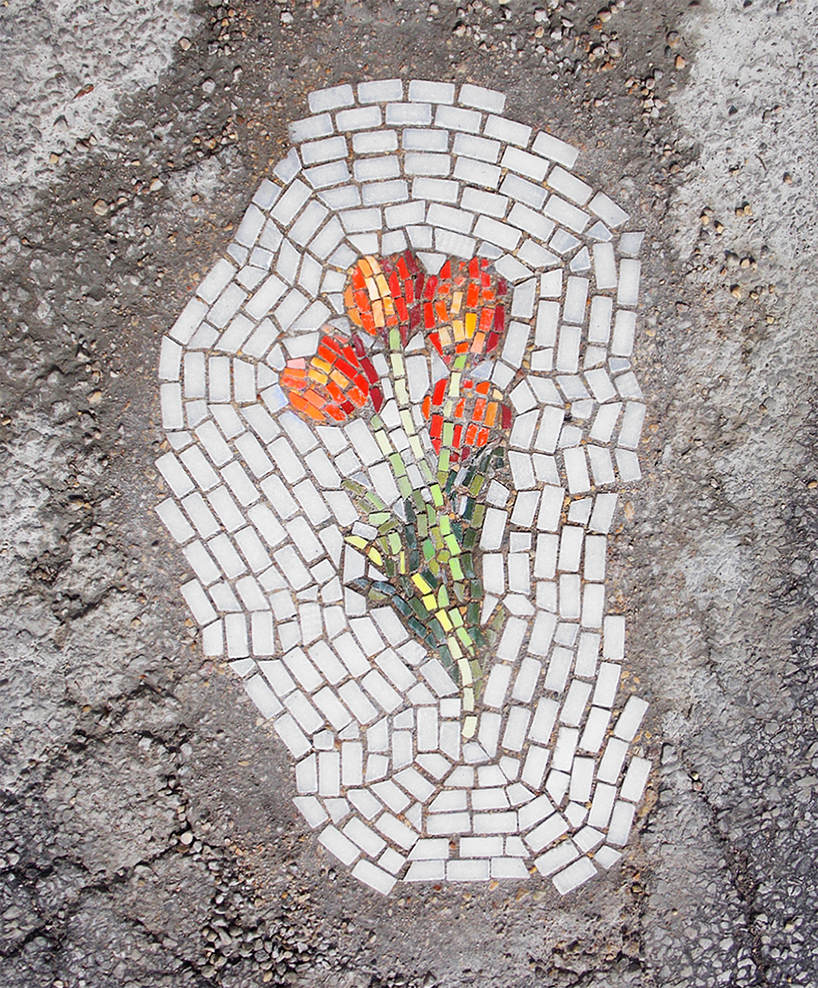 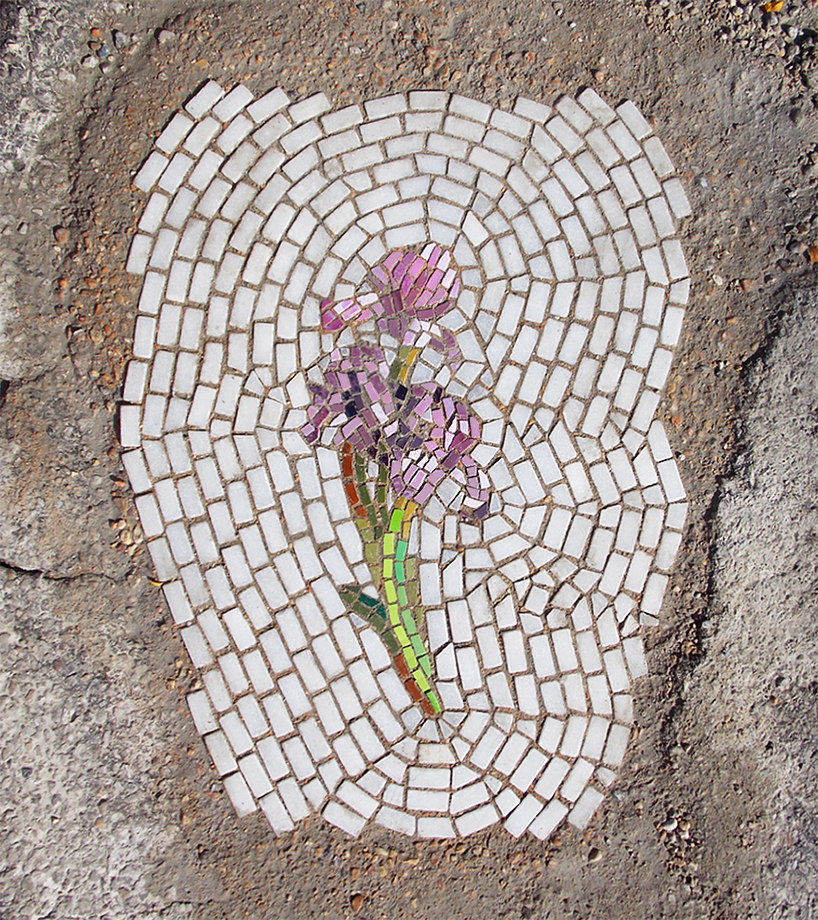 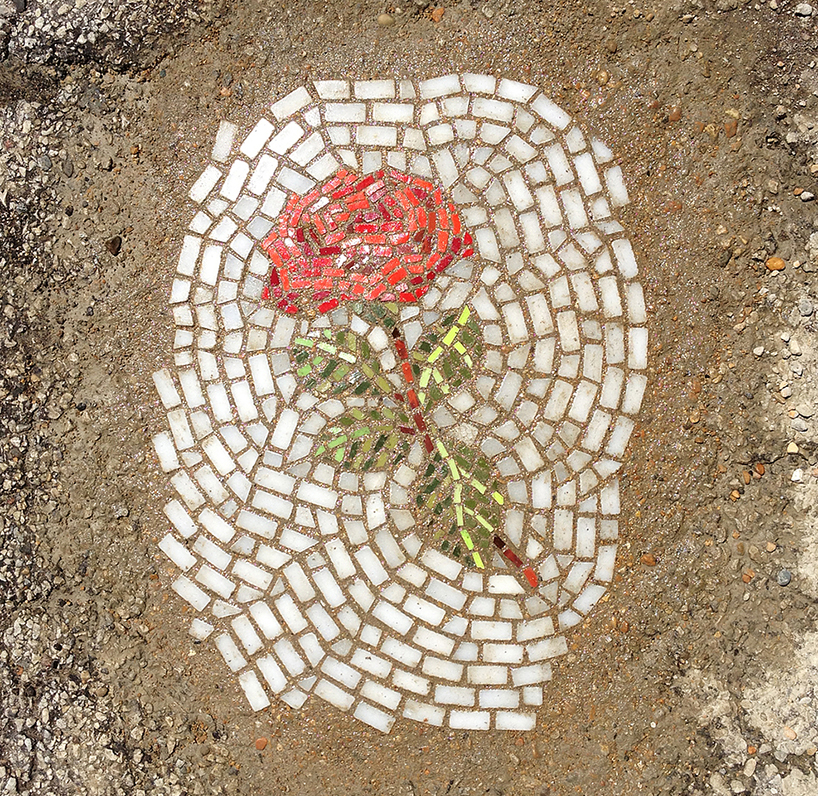 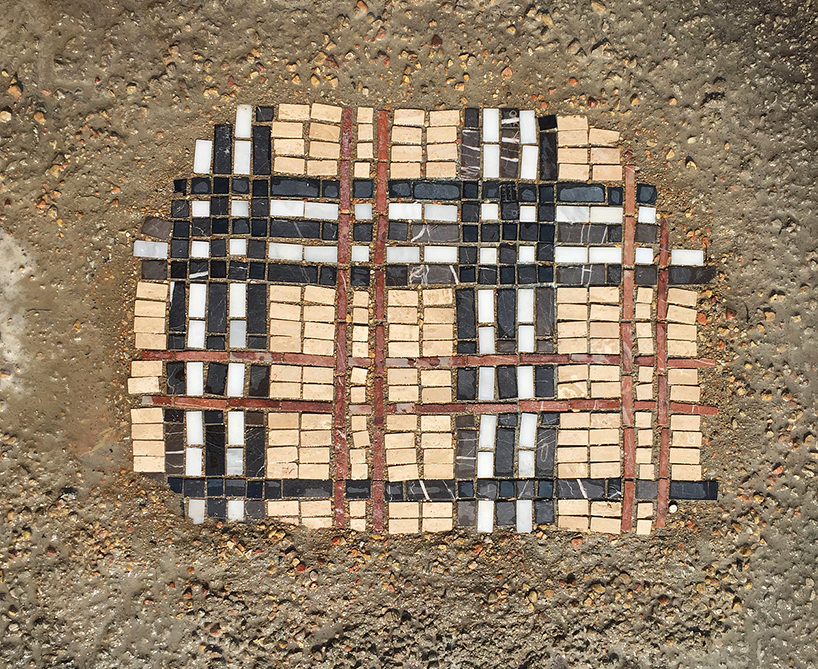 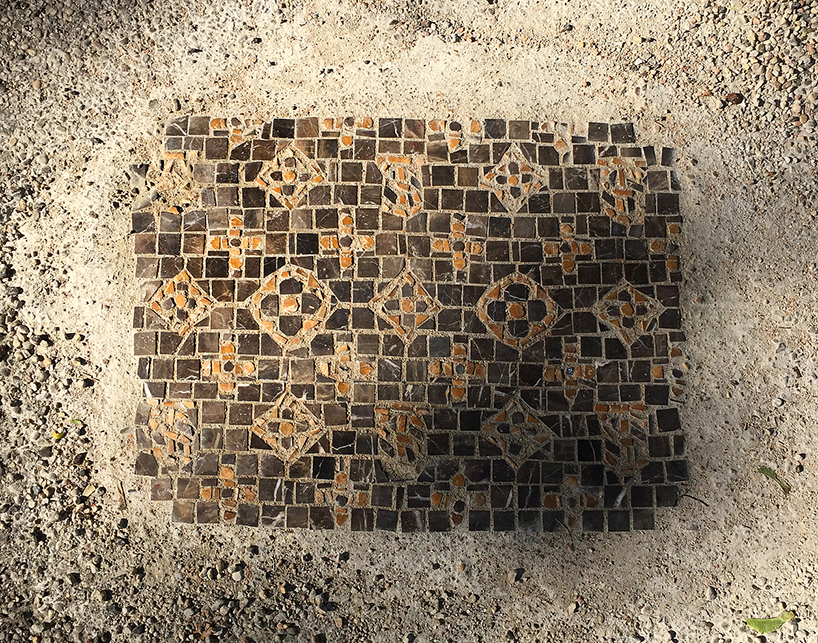 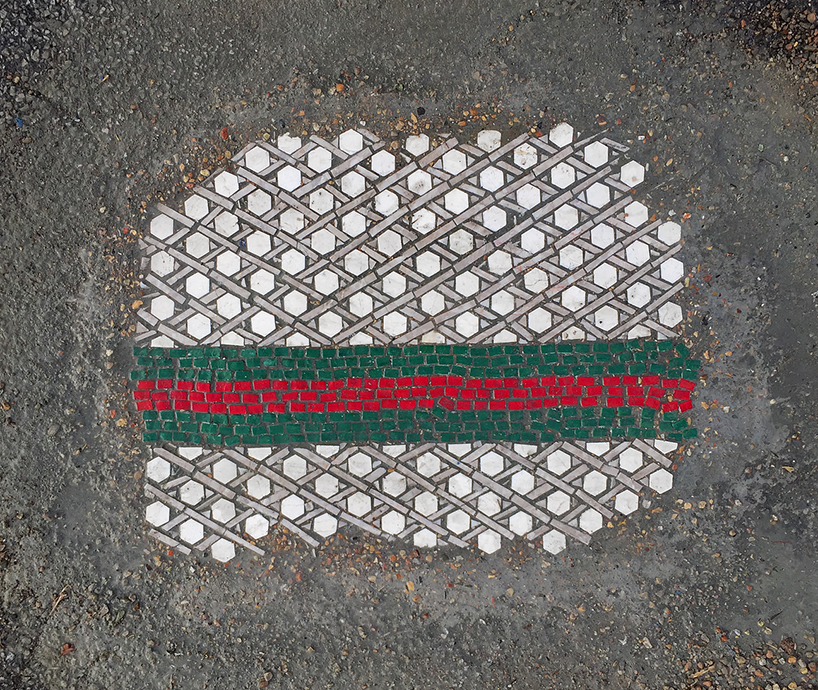 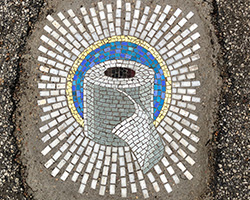 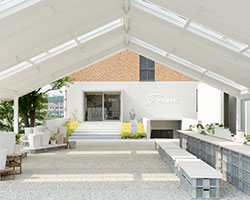