british street artist banksy has posted an anti-racism artwork on his instagram as part of the black lives matter movement – inspired by the death of george floyd on may 25, 2020. floyd, a 46-year-old black man, died in minneapolis, minnesota after a police officer was filmed kneeling on his neck for at least eight minutes while arresting him for allegedly using a counterfeit $20 note in a shop. the event sparked waves of demonstrations across the country as well as in cities across the globe, protesting as one against racism and police violence against minorities. 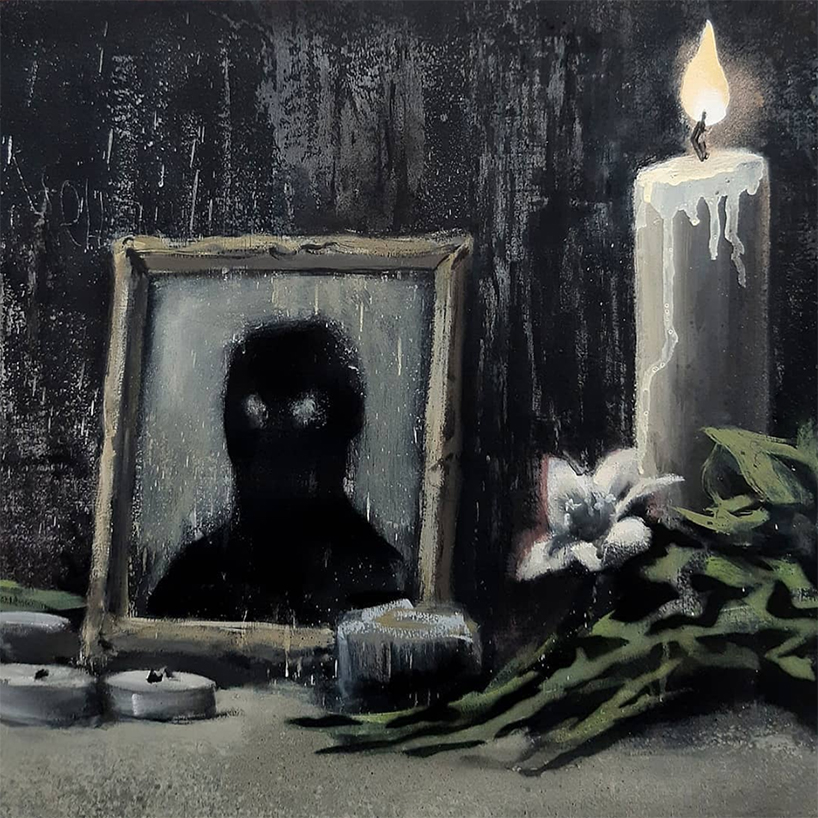 all images courtesy of banksy

banksy’s anti-racism piece depicts a scene of a vigil, where a single candle’s flame has begun to slowly burn the american flag above. along with the post, the british artist shared a message of support for black lives matter:

‘at first I thought I should just shut up and listen to black people about this issue,’ starts banksy. ‘but why would I do that? it’s not their problem. it’s mine.’

‘people of colour are being failed by the system. the white system. like a broken pipe flooding the apartment of the people living downstairs. this fault system is making their life a misery, but it’s not their job to fix it. they can’t – no-one will let them in the apartment upstairs.

this is a white problem. and if white people don’t fix it, someone will have to come upstairs and kick the door in.’ 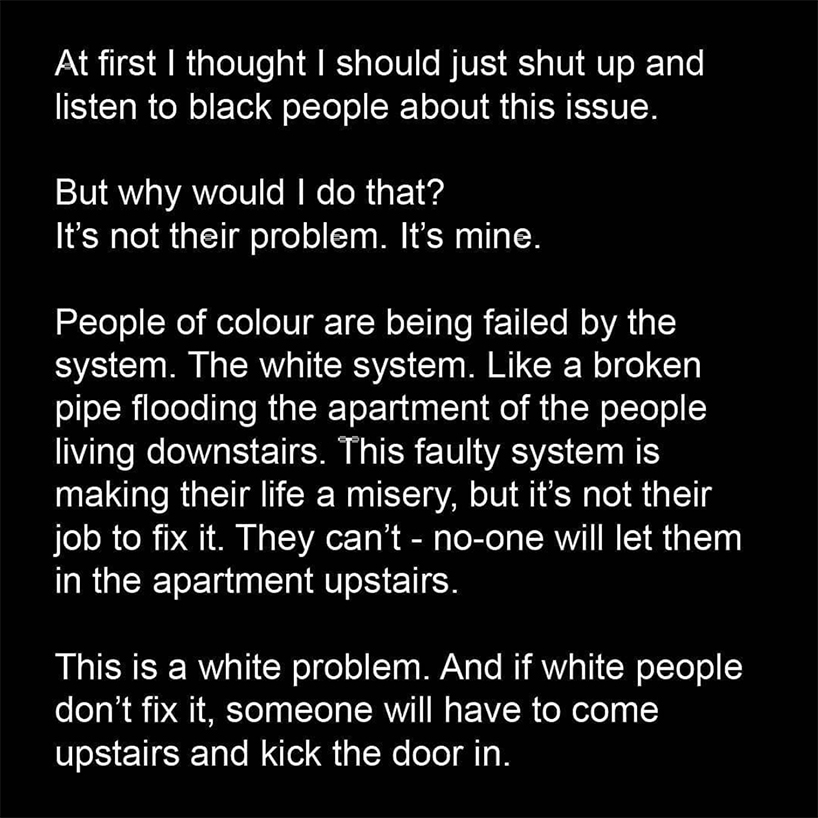 the new artwork joins other creative protests as part of the black lives matter. it follows jammie holmes sky-high tribute to george floyd’s final words, ‘I can’t breathe’, which was flown above US cities, and NIKE’s ‘for once, don’t do it’ message and campaign.