last week banksy went viral when one of his paintings self-destructed after selling  for $1.4 million at a sotheby’s auction in london. immediately becoming one of the most audacious stunts in art history the artwork, now shredded into ribbons, has led many to proclaim it was a middle finger to the art world, maybe an act of counterculture, definitely an anti-capitalist statement. ironically events thereafter have a strong stench of money. 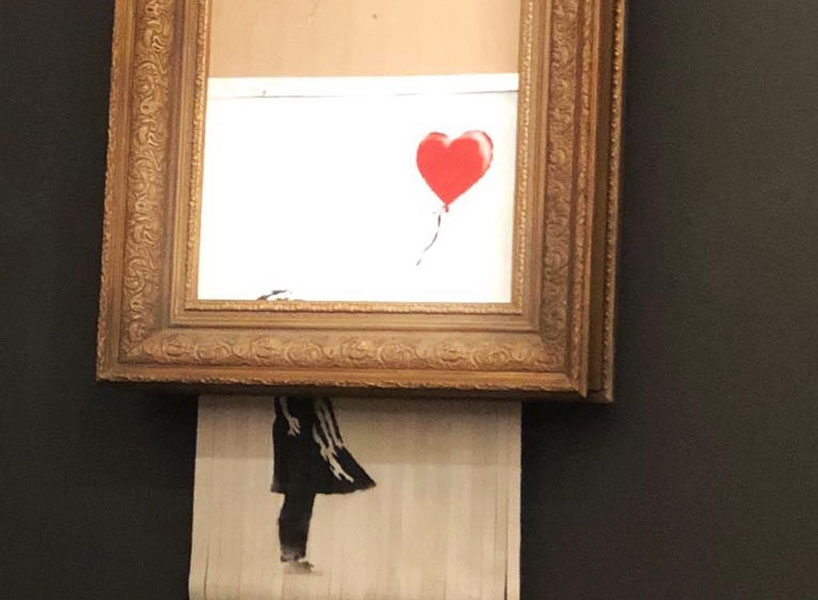 if even intended this was a complete failure with news reports speculating soon after whether the artwork had in fact become more valuable as a unique document of contemporary art history. right after the event banksy became a global twitter trend, nifty marketing that would have otherwise cost a lot to pull off. now big brands are capitalizing on the historical art moment by editing it into marketing gold.

Our Junk Twilight designs are running low on stock. Get them now before they are #goinggoinggone #banksy #art #mazuresortwear #genius #wearethesea pic.twitter.com/chUgn7cfar