an early piece by banksy painted on the exterior of a volvo truck is expected to fetch an estimated $2 million at an upcoming auction. titled ‘turbo zone truck (laugh now but one day we’ll be in charge)’, the artwork, made in 2000, sees an array of motifs depict images of anarchy and unruly behavior. banksy’s iconic characters that have appeared in many variations throughout his career — including winged monkeys and SWAT teams — are also present, and likely to be some of the earliest iterations of these central themes. 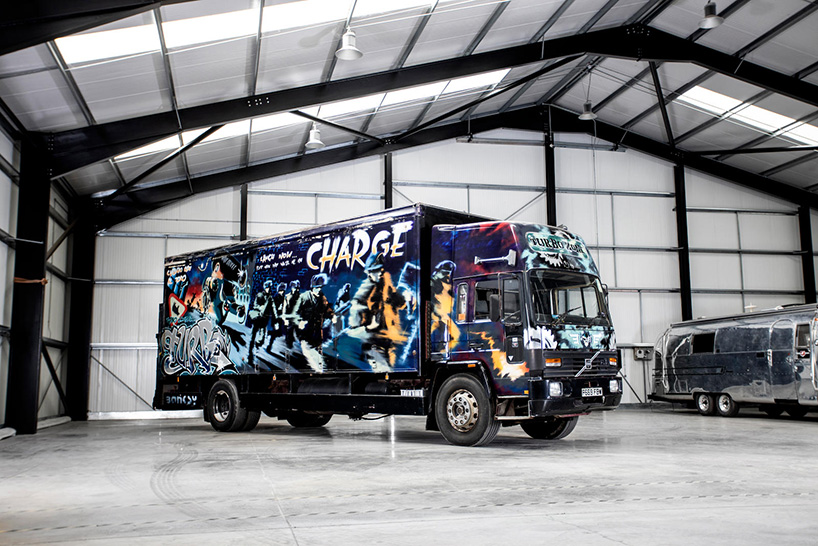 all images courtesy of bonhams

offered by bonhams on september 14, 2019 at its motor car auction, the goodwood revival sale, banksy’s painted truck is a foundational work of art. the anonymous british artist was invited to southern spain in 1999 and propositioned to paint the volvo truck in anticipation of a warehouse party planned for the millennium celebrations in 2000. after painting the initial layers during the party, banksy then finalized the artwork over the next few weeks. in the years following, ‘turbo zone truck (laugh now but one day we’ll be in charge)’ toured the world with turbozone circus, a company known for their pyrotechnics. the mobile piece — thanks to the amount of exposure it has had around the globe — is wholly unique. want to place a bid? see the listing on bonhams. 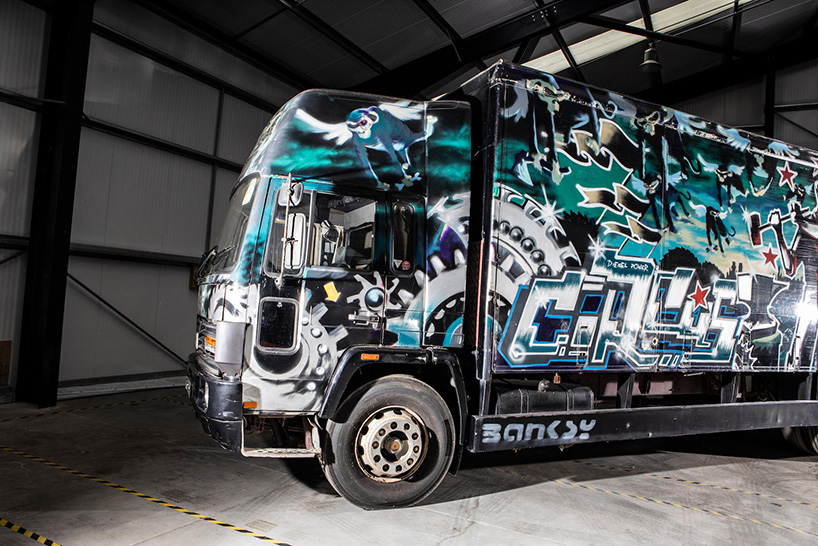 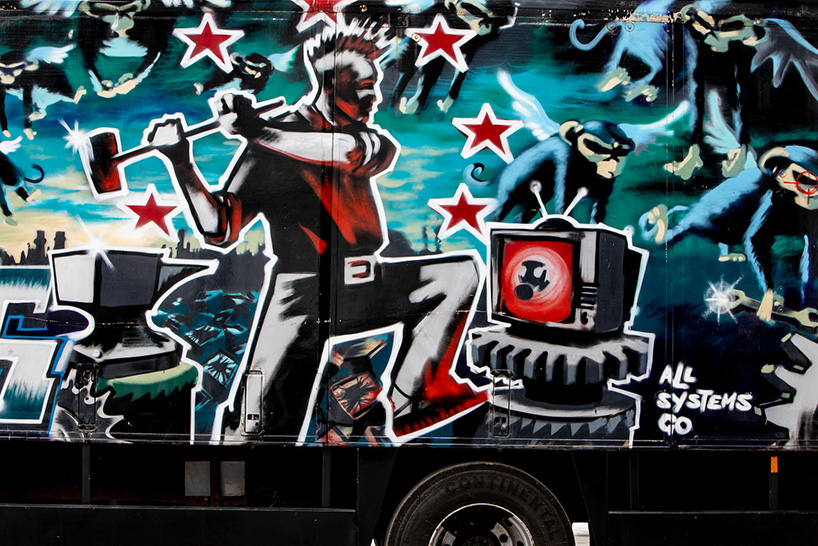 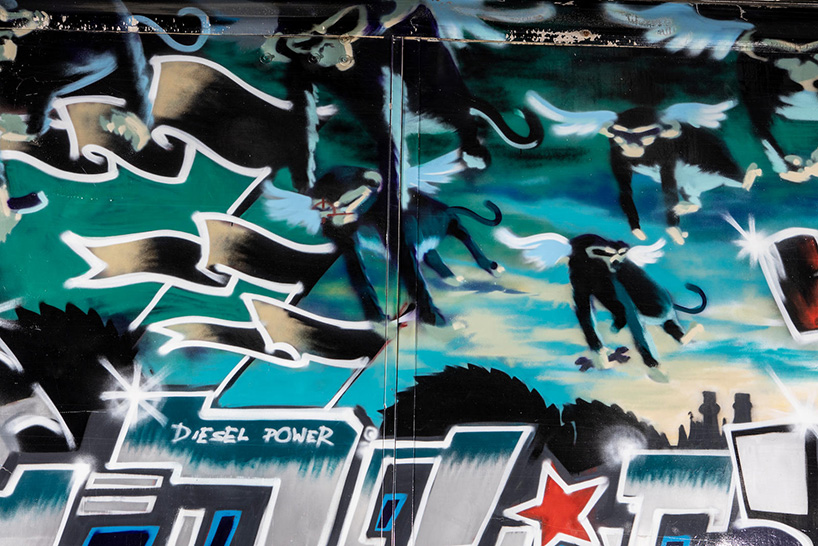 title: turbo zone truck (laugh now but one day we’ll be in charge)