banksy’s art enters the space of the barbican center — ‘a place that is normally very keen to clean any graffiti from its walls’ states the artist via instagram. the barbican’s art gallery is displaying the UK’s first large scale exhibition on the american artist jean-michel basquiat and his career portfolio with more than one hundred works of art on view through january 28th . banksy places his artwork on the center’s wall creating an unofficial collaboration with the gallery to welcome visitors into the show. 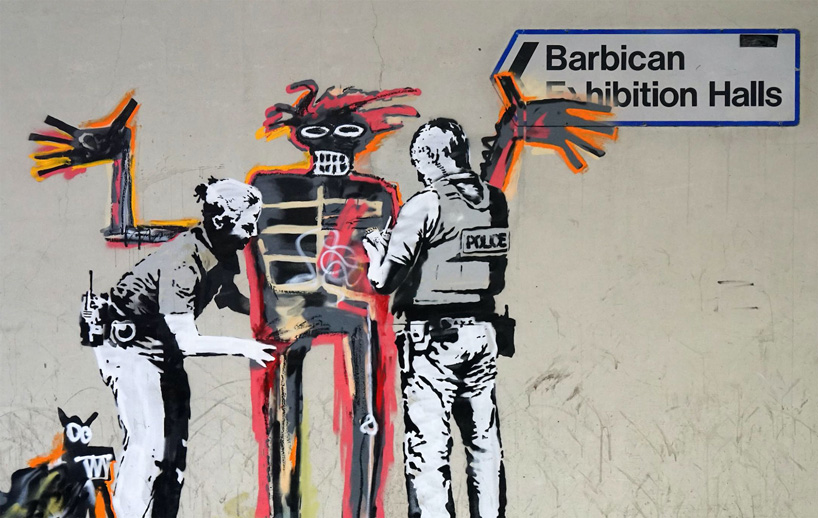 the artwork is conviniently place under, and overlaps, the gallery’s existing wall sign. the infamous street artist, known as banksy, has focused much of his recent attention to highlighting both social and political issues. the artist describes this work as ‘basquiat being welcomed by the metropolitan police’ — an interesting choice in caption that seems to highlight the current international friction between the police and the people they protect. 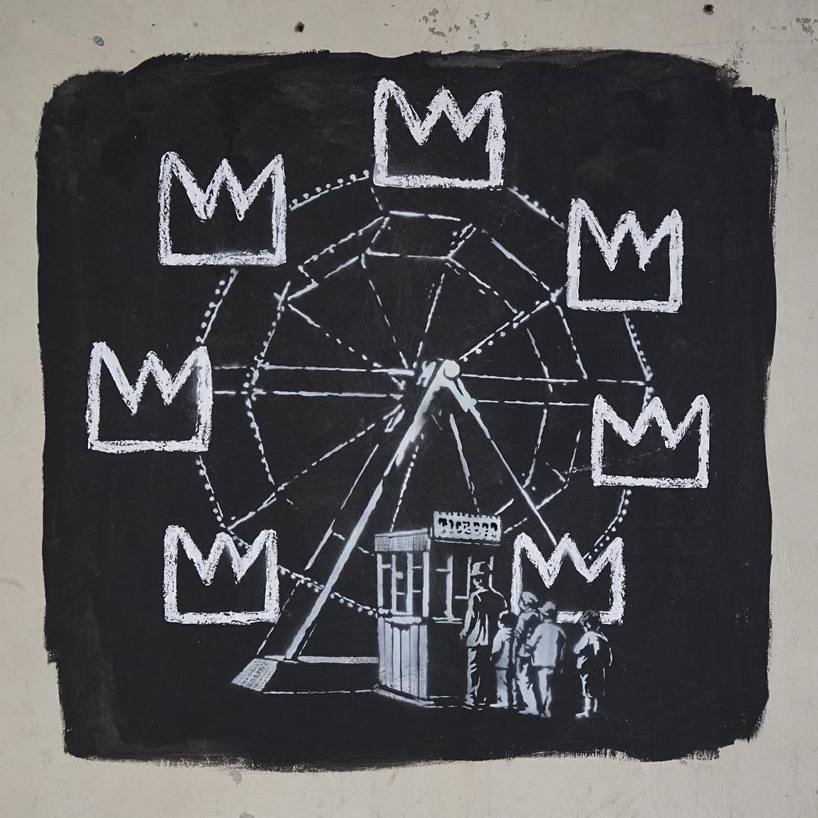 the basquiat signature crown is transformed into the carousel carriages

basquiat was integral young character in the 1980s new york city art scene — working close with artists like andy warhol and keith haring. after his early death at age 27, the artist achieved even greater fame and many of his artistic symbols have become icons of his age in a similar manner to the vast dispersal of banksy’s public illustrations. 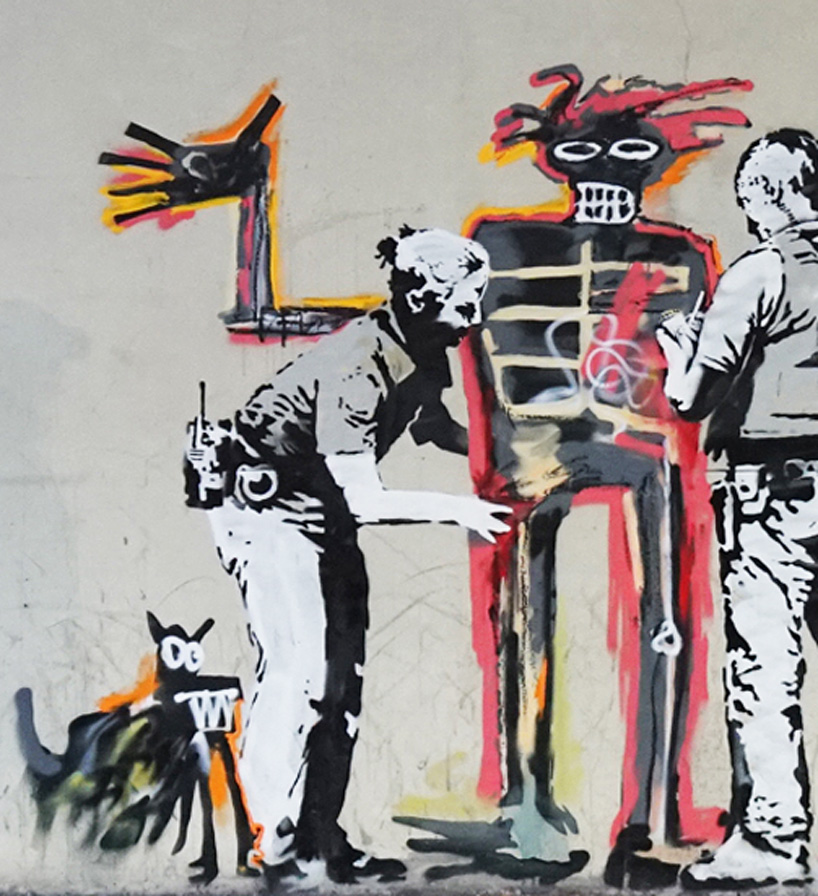