banksy’s rebellious adaptation of claude monet’s iconic depiction of a bridge in the garden at giverny is set to be offered for sale by sotheby’s on october 21, 2020. with an estimate of £3-5 million, the painting will also be on public display in sotheby’s new bond street galleries in london on september 18-19 for a special two-day preview, before being unveiled in new york and hong kong later this month.

the 2005 piece by banksy titled ‘show me the monet’ forms part of a series known as the ‘crude oils’, comprising what the artist has dubbed ‘remixes’ of canonical artworks. depicting overturned shopping carts and construction cones littered within the otherwise idyllic pond, the work may be interpreted as a comment on consumerist culture, a criticism of the commercialisation of art, and a lament for the demise of the environment. 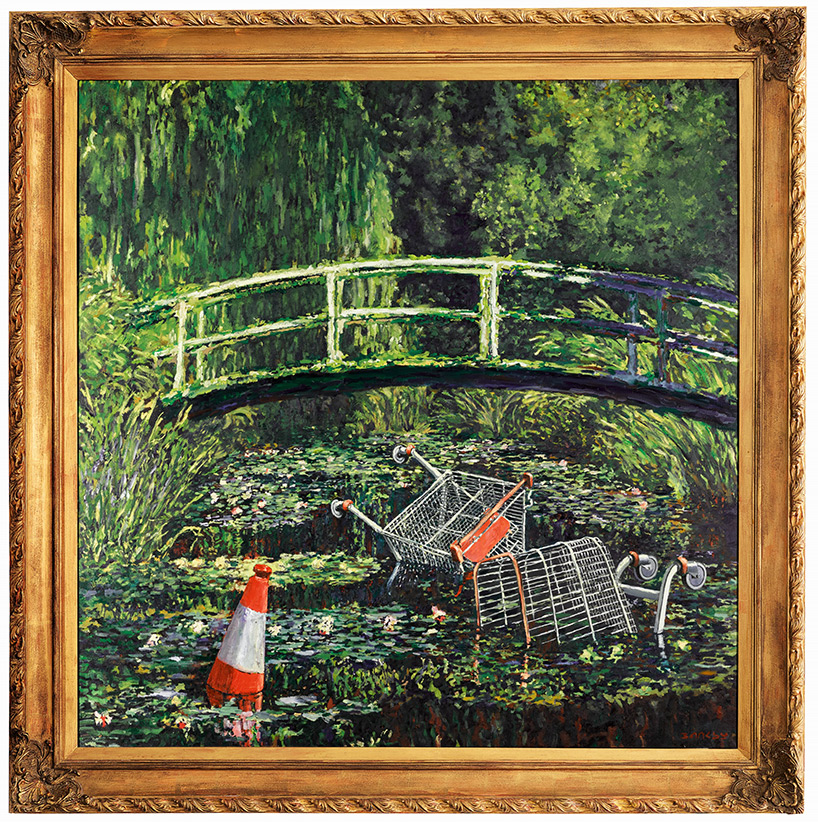 ‘in one of his most important paintings, banksy has taken monet’s iconic depiction of the japanese bridge in the impressionist master’s famous garden at giverny and transformed it into a modern-day fly-tipping spot,’ says alex branczik, sotheby’s european head of contemporary art. ‘more canal than idyllic lily pond, banksy litters monet’s composition with discarded shopping trollies and a fluorescent orange traffic cone. ever prescient as a voice of protest and social dissent, here banksy shines a light on society’s disregard for the environment in favour of the wasteful excesses of consumerism. recent years have seen seminal banksys come to auction, but this is one of his strongest, and most iconic, to appear yet. from ‘love is in the bin’, to the record-breaking ‘devolved parliament’, to this take on monet, october just wouldn’t be complete without a big banksy moment.’ 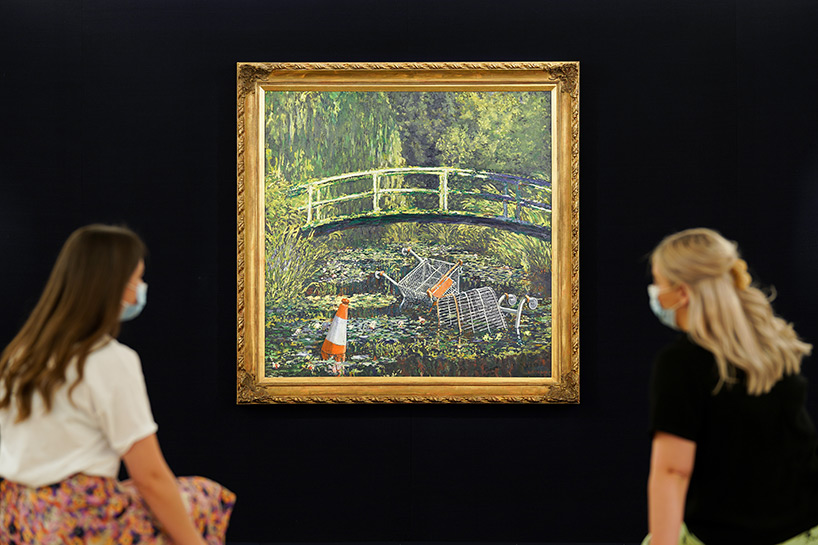 banksy’s ‘show me the monet’ will star as a highlight of sotheby’s third livestream auction event, ‘modernités / contemporary’, which brings together two sales of modern and contemporary art held in sequence from paris and london. 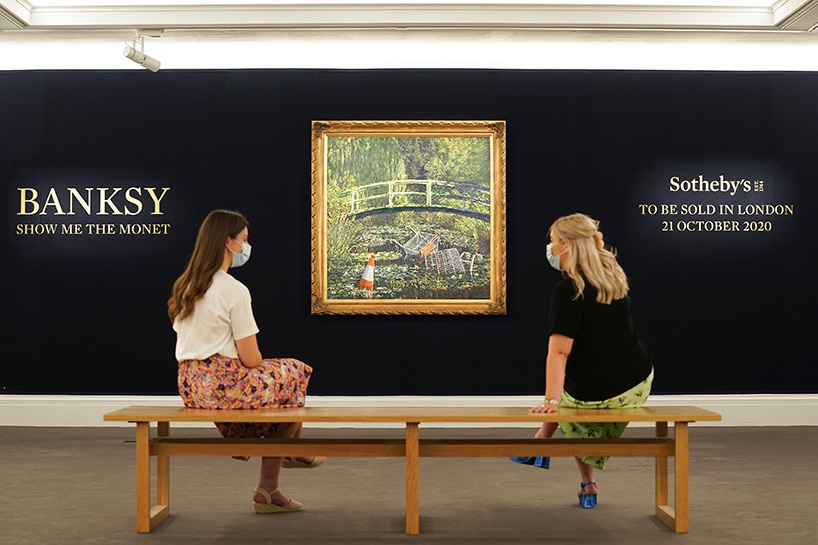