street artist banksy has confirmed that a new mural which mysteriously appeared in port talbot, south wales, is his. a video posted to the artist’s official instagram account wednesday afternoon shows close-ups of the finished piece. alongside the video he wrote: ‘season’s greetings.’ 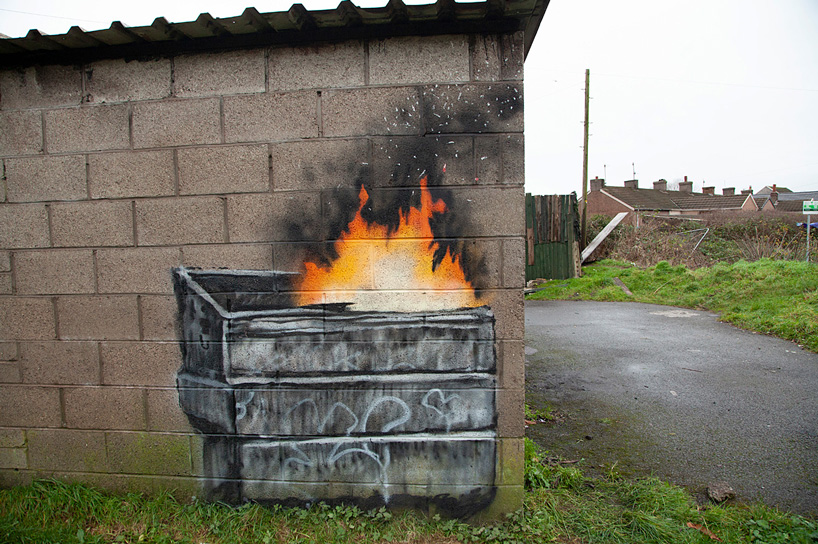 the image appears on two sides of a garage depicting a child enjoying snow falling – the other side reveals it is a fire emitting ash. the piece, in the taibach area, appears to be a comment on the town’s industrial heritage. in july, black dust from the town’s steelworks covered houses, cars and pets. the piece has since also been uploaded to banksy’s official website. 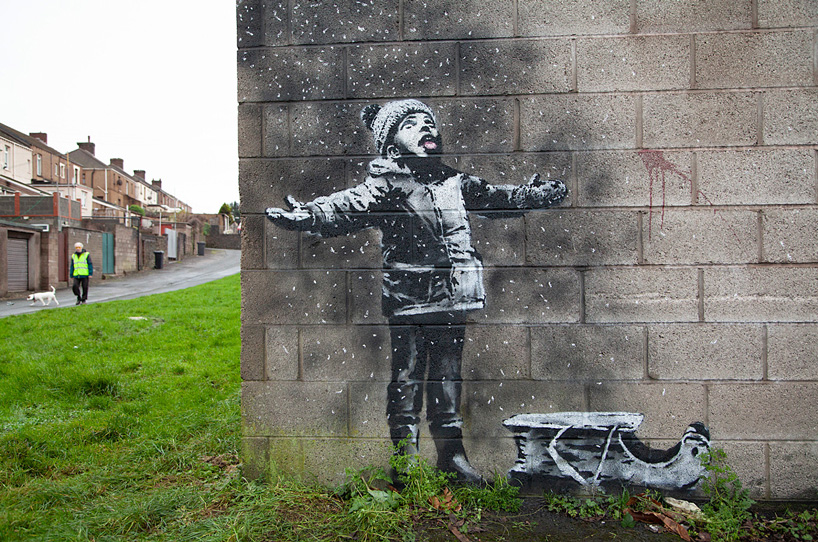 ‘I didn’t think much of it at the time, I knew a little bit about banksy but I never thought it would be him – if it is him’, owner of the painted garage, ian lewis, told the BBC.  ‘there were people coming here all night. I am very pleased, I think it is a smashing bit of artwork. It is good for the town and I just want to protect it, and it is here for everybody.‘ 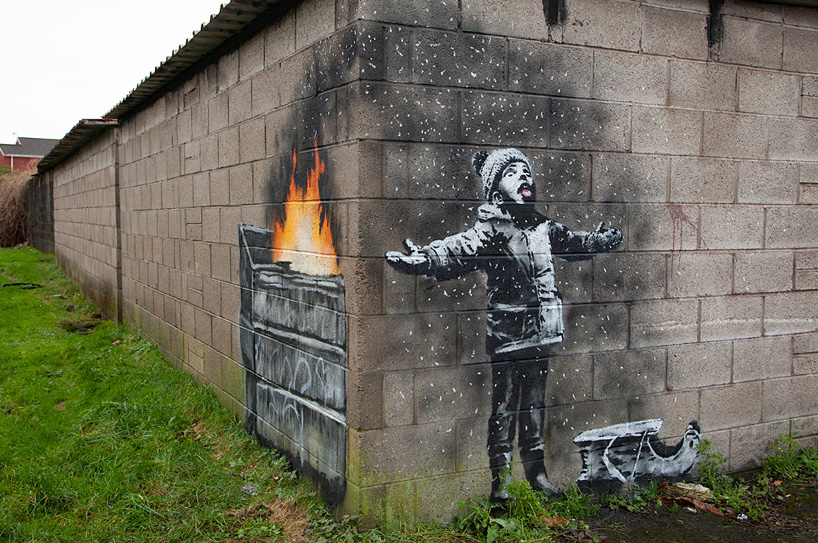