in the coastal english town of dover — a major transportation hub for ferries arriving to and from france — banksy has completed his latest urban artwork. completed on the side of a residential façade, the composition depicts the european flag — twelve, five-pointed gold stars set on a bold blue backdrop. banksy’s emblematic politically-imbued expression comes in the form of a painted metalworker, teetering on the top of a ladder and carefully chipping away at one of the glistening yellow stars. 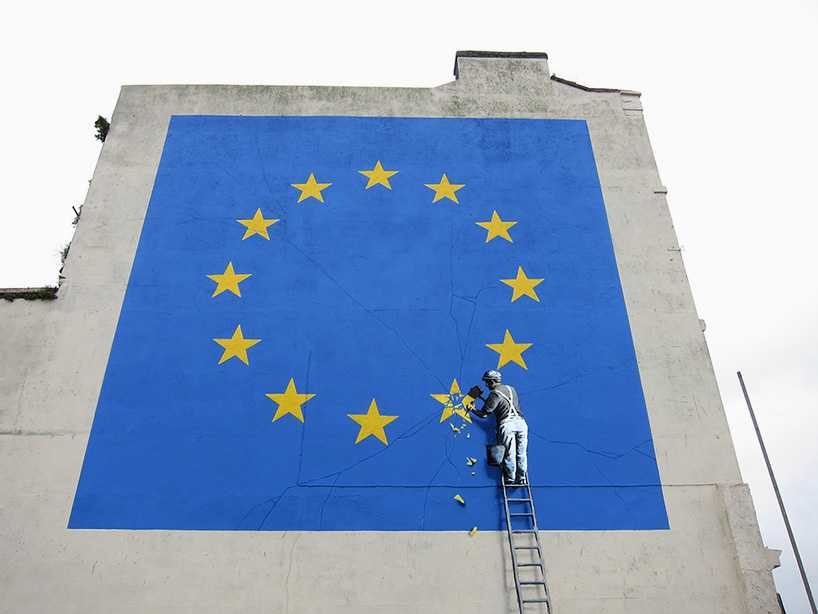 banksy’s mural is an explicit expression of brexit and a comment on the delicate state of the european union. as the worker chips away at one of the golden stars, it begins to break into pieces and fragments of the form crumble to the ground. the bright blue backdrop begins to crack as the damage spreads across the entire surface of the flag.

no stranger to politically-active artmaking, banksy recently opened ‘the walled off’ hotel in bethlehem, steps away from the controversial west bank separation barrier. the hotel includes nine unique rooms and one presidential suite, with facilities like a colonial period-themed piano bar and an on-site art gallery dedicated to showing works created in palestine. 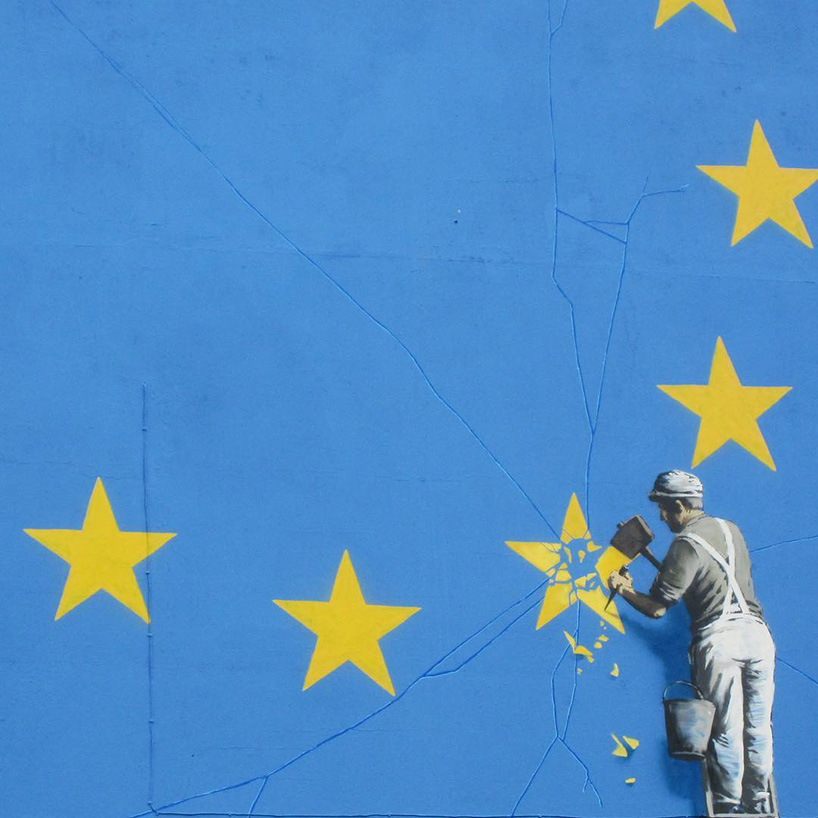 a metalworker carefully chips away at one of the golden stars