anonymous british street artist banksy has debuted another work that express his distain towards britain’s decision to leave the EU. titled ‘keep ou’, the piece repurposes an EU arrivals gate from heathrow airport and is part of the royal academy’s summer exhibition in london. 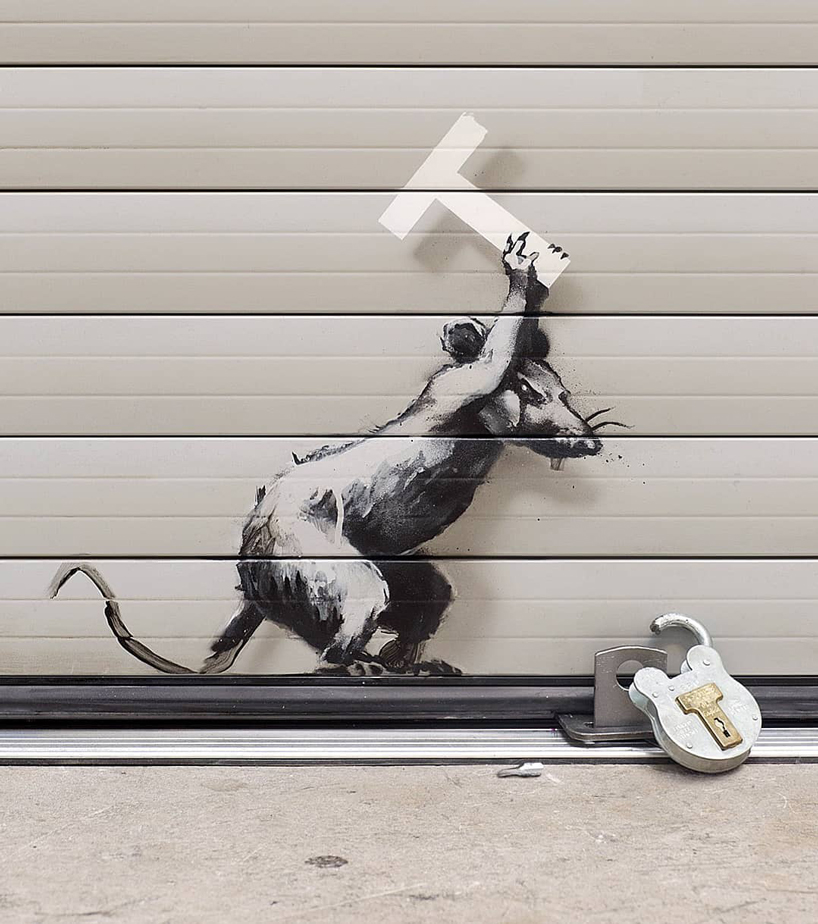 the words ‘KEEP OUT’ are written over the EU arrival gate which has been closed and padlocked. a rat can be seen using the ‘T’ to try and break the lock at the bottom of the gate.

the piece is a followup to banksy‘s ‘vote to love’ poster which saw the artist spray paint over a placard that originally said ‘vote to leave’. the 2019 artwork was submitted to be part of last year’s RA summer exhibition but was initially rejected. a month later, banksy was contacted by the exhibition’s co-cordinator, fellow british artist grayson perry, and it was finally accepted. 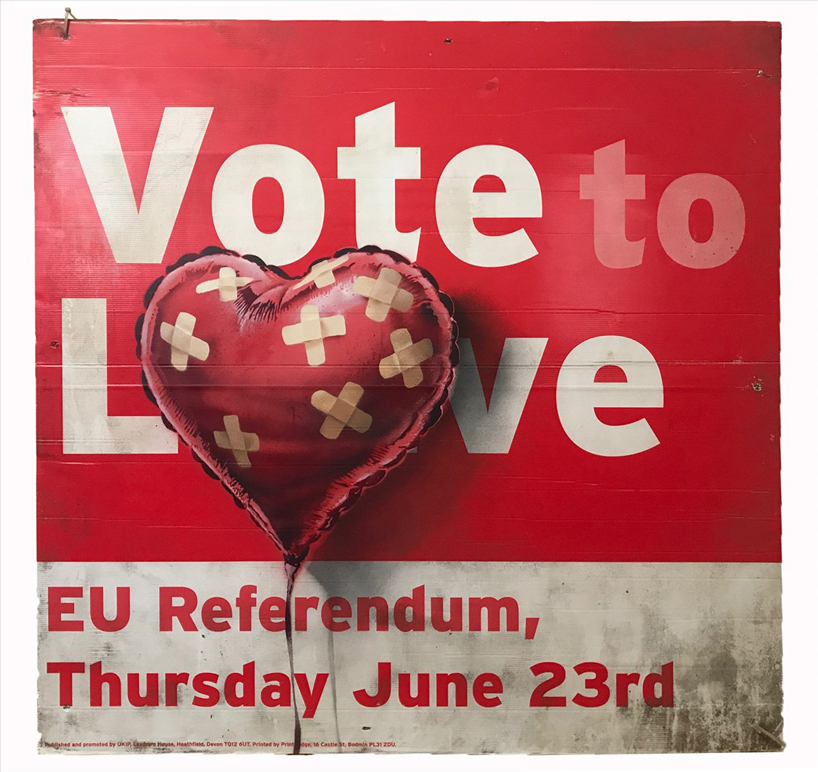 banksy’s ‘keep ou’ joins the likes of jeremy deller, anselm kiefer and tracey emin, who have also submitted works, all of which will be up for sale with the proceeds going towards the academy’s art school. the summer exhibition is curated by contemporary british painter jock mcfayden and runs from june 10 to august 12. 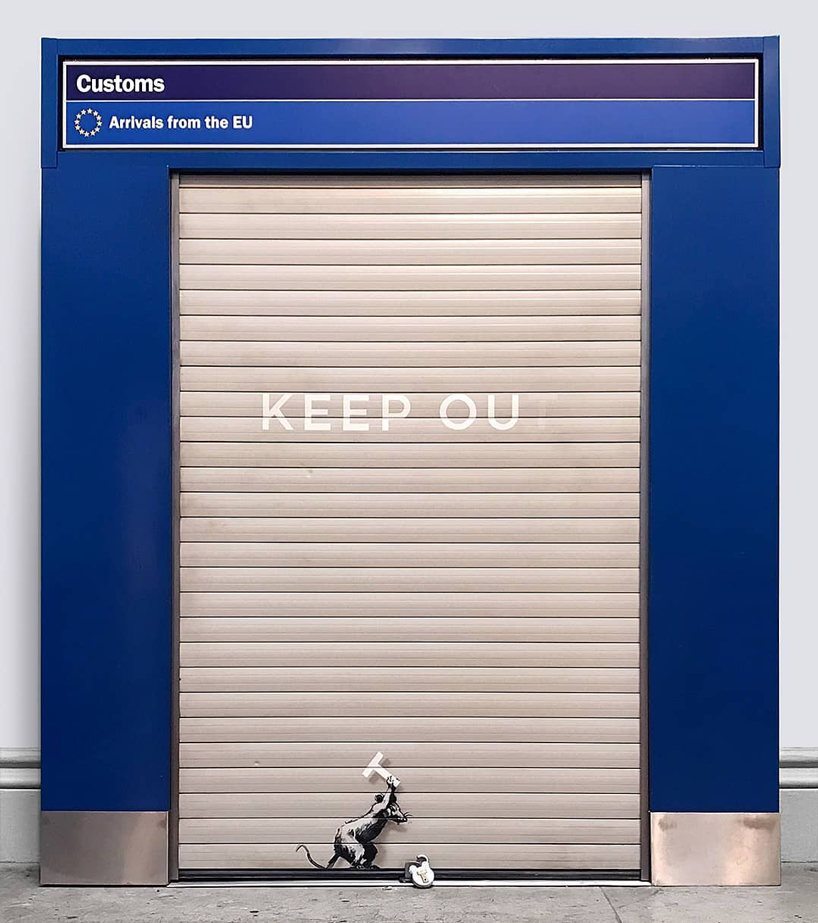