banksy has funded an independent high speed lifeboat to help refugees crossing the mediterranean. the ‘louise michel’ is a former french navy boat, customised to perform search and rescue. the hot pink boat was bought with proceeds from the sale of banksy artwork, who then decorated it with a fire extinguisher. a new version of the anonymous british artist’s famous ‘baloon girl’ artwork adorns one of its sides, depicting a girl in a lifejacket holding a heart-shaped safety buoy. 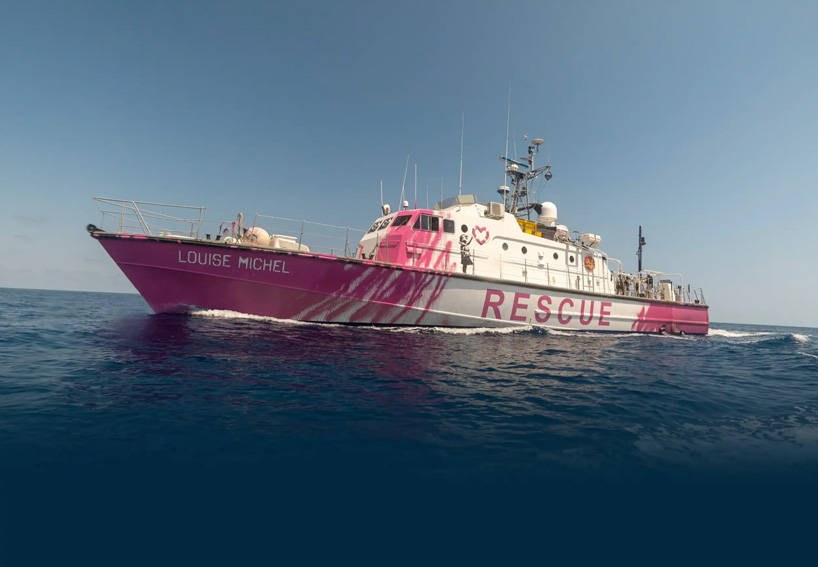 using proceeds from the sale of his artwork, banksy financed the louise michel rescue boat to help refugees make it safely to europe. according to the guardian, which first reported the news, the british artist first contacted pia klemp, former captain of several NGO boats, back in 2019. ‘hello pia, I’ve read about your story in the papers. you sound like a badass,’ he wrote in an email. ‘I am an artist from the UK and I’ve made some work about the migrant crisis, obviously I can’t keep the money. could you use it to buy a new boat or something? please let me know. well done. banksy.’ 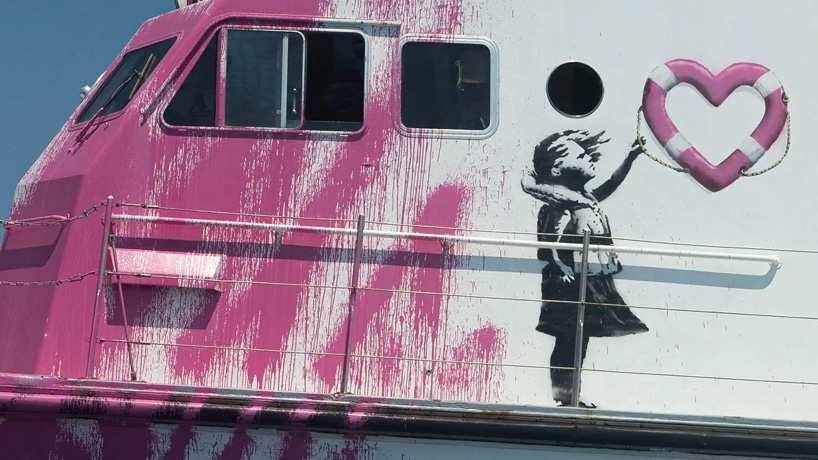 banksy’s involvement in the operations of louise michel is limited to providing financial support, while the ship is run by a 10-person crew of european activists. it measures 30 meters in length and capable of over 28 knots, while its hot pink exterior was painted by banksy with a fire extinguisher. the vessel has already taken part in several operations in the mediterranean, while on thursday, 27 august, 2020, it rescued 89 people from a rubber boat in distress. 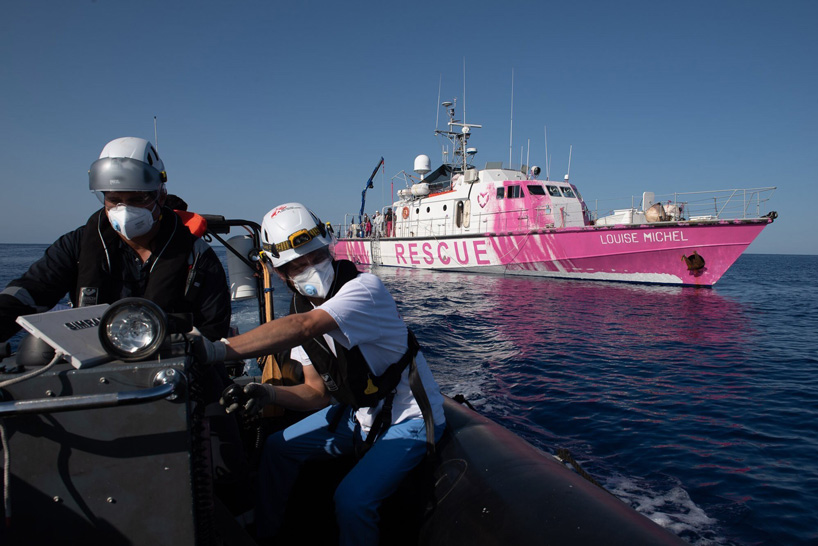 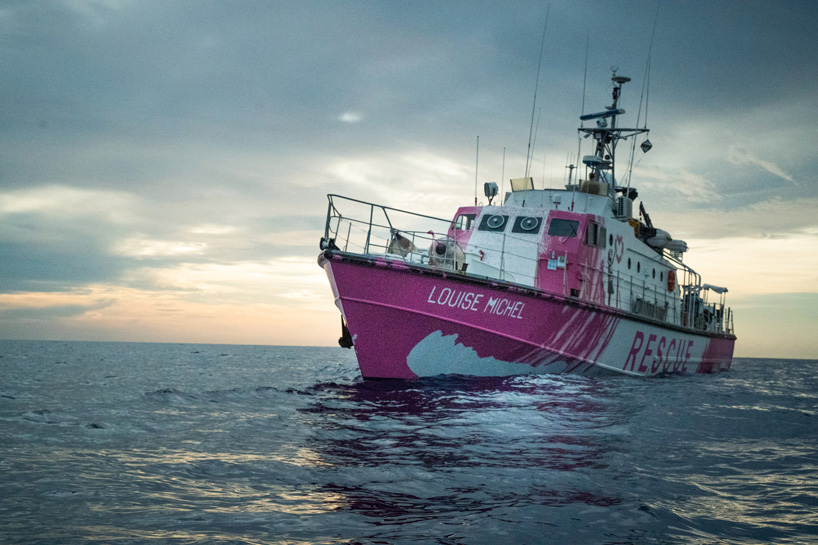