banksy has sets his latest street interventions in gaza, adding three new works to the war-torn landscape. the first, amid a heap of rubble, an abandoned doorway hides the image of a kneeling man. the stenciled figure holds his head in his hands, seemingly caught in an intense moment of despair. the second piece sees an israeli guard tower reconceived as an amusement park attraction. painted children soar into the air on the swing ride, circling the structure as a security camera watches overhead. the third is a large mural painted on a crumbling wall. a huge white kitten with a pink bow, bearing a sad and solemn expression, paws at a pile of rubble laid on the ground below. banksy writes that after finishing the piece: ‘a local man came up and said ‘please – what does this mean?’ I explained I wanted to highlight the destruction in gaza by posting photos on my website – but on the internet people only look at pictures of kittens.’

accompanying the new interventions is a mini-documentary that acts as a pseudo travel advertisement for the palestinian region. the satirical film shows the ever-elusive banksy at work, and the reaction of the community to them. watch the video in full, below. 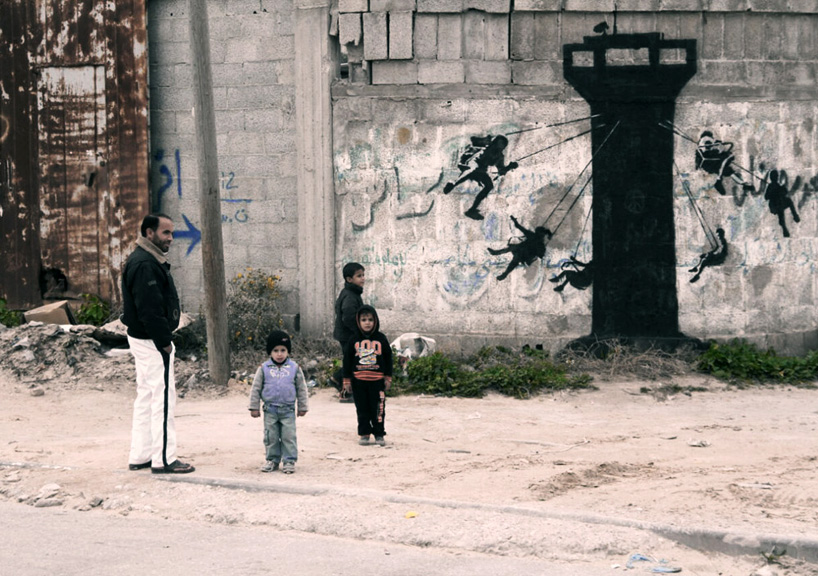 ‘gaza is often described as ‘the world’s largest open air prison’ because no-one is allowed to enter or leave. but that seems a bit unfair to prisons – they don’t have their electricity and drinking water cut off randomly almost every day.’ –banksy 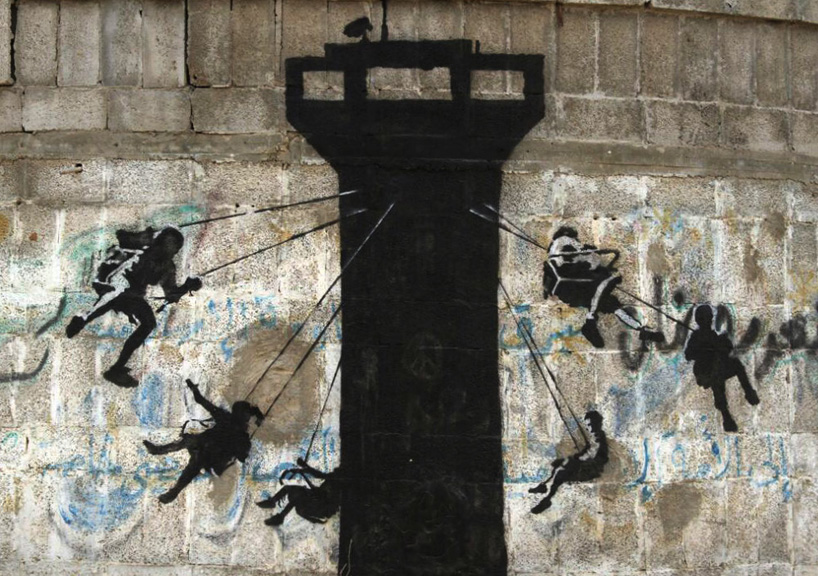 an israeli guard tower reconceived as an amusement park attraction 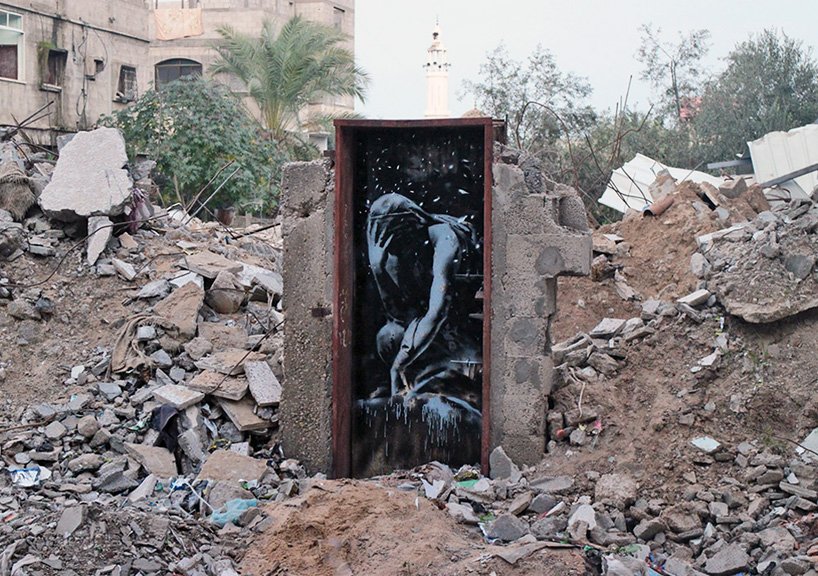 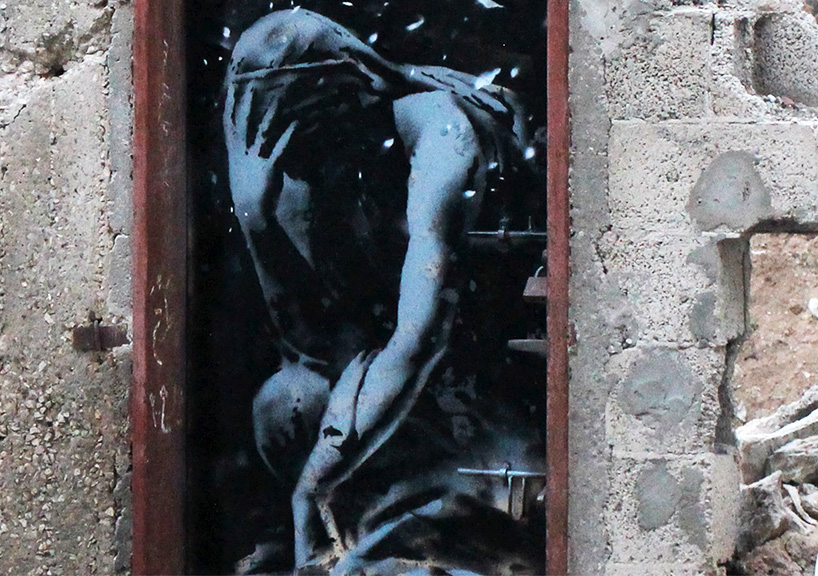 a figure holds his head in his hands in apparent despair 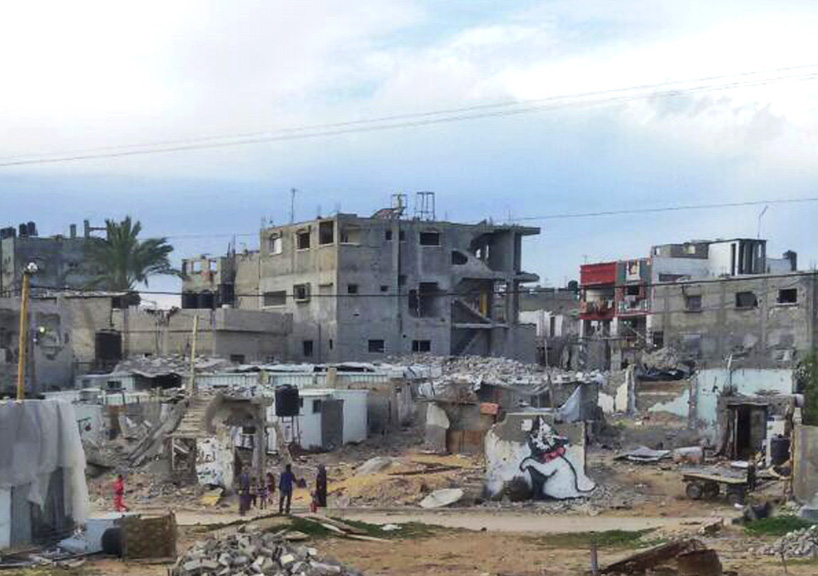 the kitten, as seen amongst the war-torn landscape