if you haven’t had enough of the copious amounts of reportage on banksy‘s viral art-shredding stunt then you are in the right place. and if you have, you probably know already that the girl with the balloon, in it’s now less-than-perfect state, has since been renamed and most likely increased in value. less are people concerned however, with how this appears to contradict the very things banksy stands for (anti-capitalism, anti-establishment, anti-anyone-owning-a-banksy-artwork-that’s-in-one-piece), but more with understanding how the street artist pulled off such a stunt. luckily, a week and a half after panel holders at sotheby’s were left agasp for an explanation, banksy adds fuel to the fire once more, posting a video that reveals how it didn’t go quite as planned.

the video, titled ‘shred the love,‘ is billed as a directors cut to the short clip banksy posted on his instagram. it begins by first showing the shredder being carefully concealed within the frame, before cutting to the auction preview. an epilogue in the video then reveals that the frame only worked half as well as intended. ‘in rehearsals it worked every time,’ reads a subtitle. then, there’s a test run of the frame in action, shredding not just halfway, but from top to bottom.

if this is enough proof of the artist’s intentions I am not sure. some sceptics believe the artwork didn’t actually shred (these conspiracists imagine a pre-rolled, pre-shredded, additional artwork, was located inside the bottom of the frame). others query the auction house’s involvement. author kenny schachter claims to have gotten the inside scoop after meeting with an inside source known as deep pockets. their account details strict instructions given by banksy’s publicity that go as follows: a. the painting had to be hung in the salesroom during the sale; b. it needed to be sold in the latter half of the proceedings; and, c. it wasn’t to be examined out of the frame.

artnet also obtained an official response from sotheby’s explaining why their not being able to detect the shredder should not be a cause for suspicion:

‘when we asked the artist’s studio about removing the work from its frame during the cataloguing process, we were expressly told not to. we were told that the frame (which was glued) was integral to the work; breaking it would damage the work, and negatively impact its artistic value. this is not unusual—consider lucio fontana’s lacquer frames, or george condo’s frames that include labels on the back saying do not remove from frame. If you remove the frame you violate the artist’s wishes and destroy the artwork. our catalogue entry for the work describes that the work as is an ‘artist’s frame’. The certificate we received from the artist’s studio stated that the frame was ‘integral to the piece.” 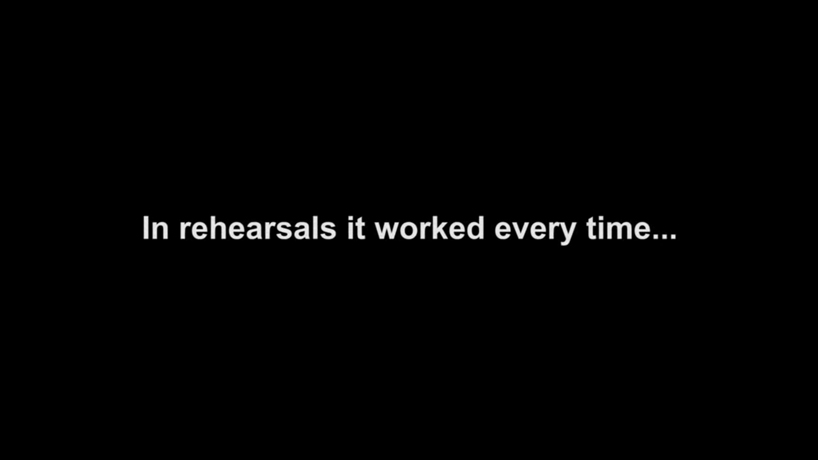 banksy being an artist shrouded in so much mystery, its no surprise a moment like this is just as much unclear. one thing for certain is that the now rechristened work, love is in the bin, will come to be a significant moment in art history: to gauge an understanding of an artwork’s value, to help define the role of a gallery in realising an artist’s performative ambitions, to interrogate the authenticity of the ambitions themselves, or maybe all three – that’s also unclear right now.