prominent street artist banksy has produced two new pieces commenting on the 2012 london olympics. the pole vaulter and missile brandishing javelin thrower are amongst a debate surrounding the removal of graffiti in london in preparation for the upcoming olympics. because his work is considered one of the great attractions of the city, controversy has been directed towards that of banksy in particular, as a past event in which his 2007 stencils were painted over by bristol street cleaners was considered a mistake. 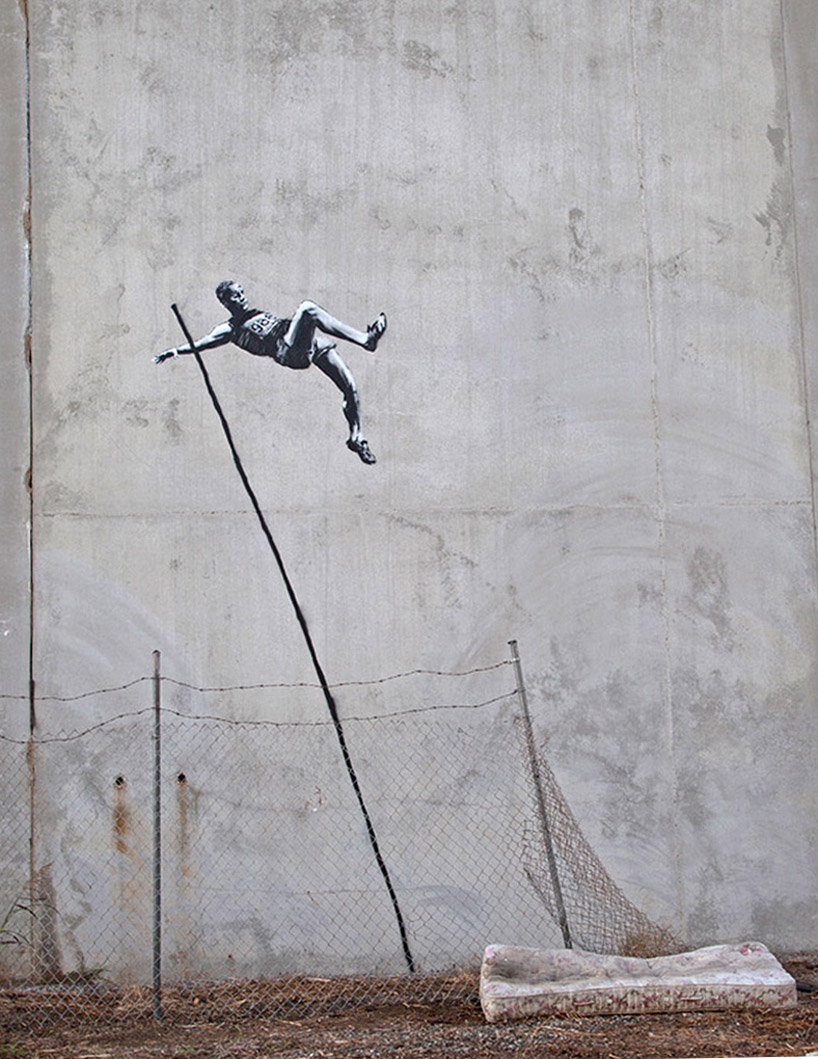