the european union’s intellectual property office (EUIPO) has ruled against banksy in a long-running trademark dispute with ‘full colour black,’ a UK-based greeting cards company that sought to use his iconic ‘flower thrower’ artwork on its products. one of the british artist’s defining characteristics, his anonymity, has been detrimental to the decision to declare trademark for banksy artwork invalid. according to the court, while his identity remains hidden, the artist cannot claim copyrights to his artworks since he cannot be identified as the unquestionable owner of such works.

‘banksy has chosen to remain anonymous and for the most part to paint graffiti on other people’s property without their permission rather than to paint it on canvases or his own property,’ reads the panel decision. ‘it must be pointed out that another factor worthy of consideration is that he cannot be identified as the unquestionable owner of such works as his identity is hidden; it further cannot be established without question that the artist holds any copyrights to a graffiti.’ 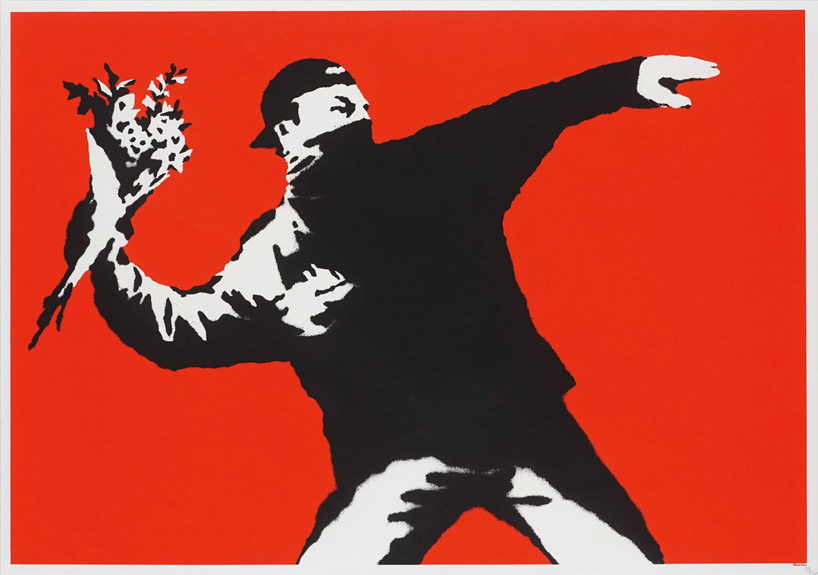 bansky, love is in the air, 2003 | courtesy of phillips (also header image)

in 2014, pest control office, the legal handling services acting on behalf of banksy, filed an EU trademark for the ‘flower thrower’ artwork as an official ‘trademark without text,’ which reached registration in august of that year. full colour black, a UK company that sells street art greeting cards, sought cancellation of the mark in march 2019, claiming that it was filed in bad faith, and that the artist had no intention of using the trademark at the time of filing. in an effort to show use of the trademark, banksy launched gross domestic product (GDP), a homeware shop to sell his own range of branded merchandise online (see more on designboom here). apparently, this move undermined the case according to the EUIPO panel, who ruled that the european trademark should be declared invalid because ‘it is clear that banksy did not have any intention to use the EUTM in relation to the contested goods and services at the time of filing of the EUTM.’ 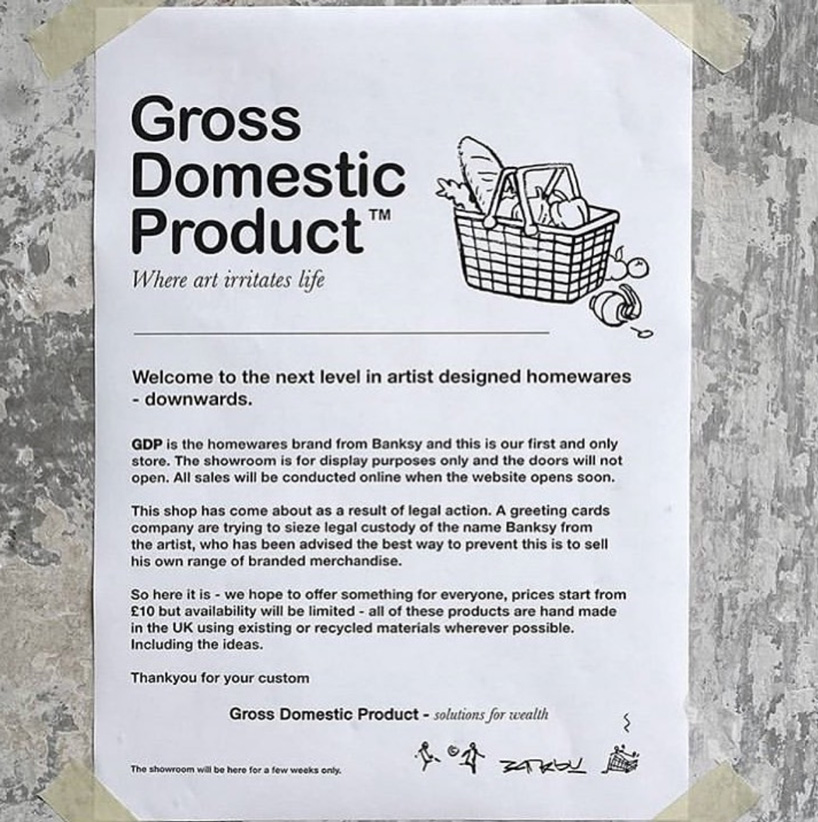 the ruling to cancel banksy’s ‘flower thrower’ trademark has set a precedent that puts all of his trademarks at risk. the artist’s anonymity means he cannot be identified as the unquestionable owner of his works, or hold copyrights to a graffiti. meanwhile, full colour black is currently selling greeting cards with the contested artwork for £ 2.99, retitled ‘flower bomber’, along with many other works that have been associated with the british artist. 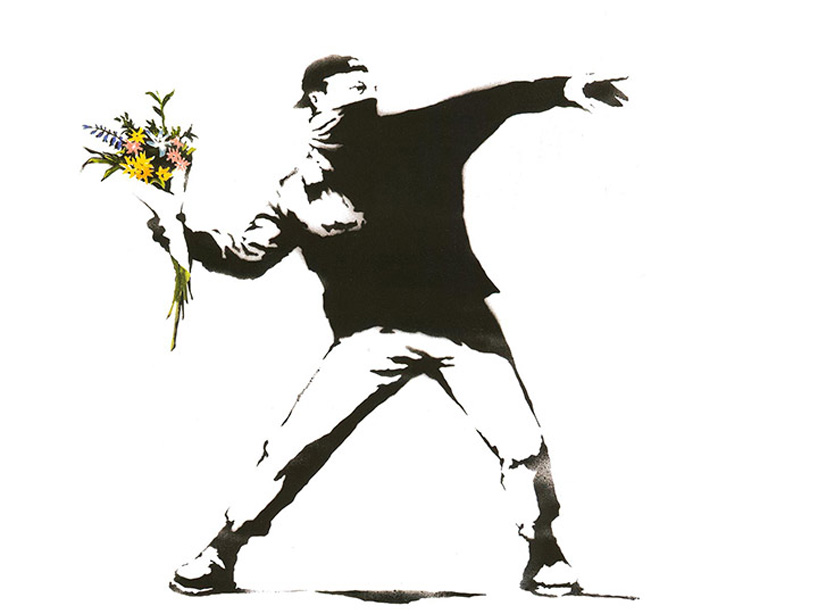 banksy, love is in the air (flower thrower) | image courtesy of moco museum 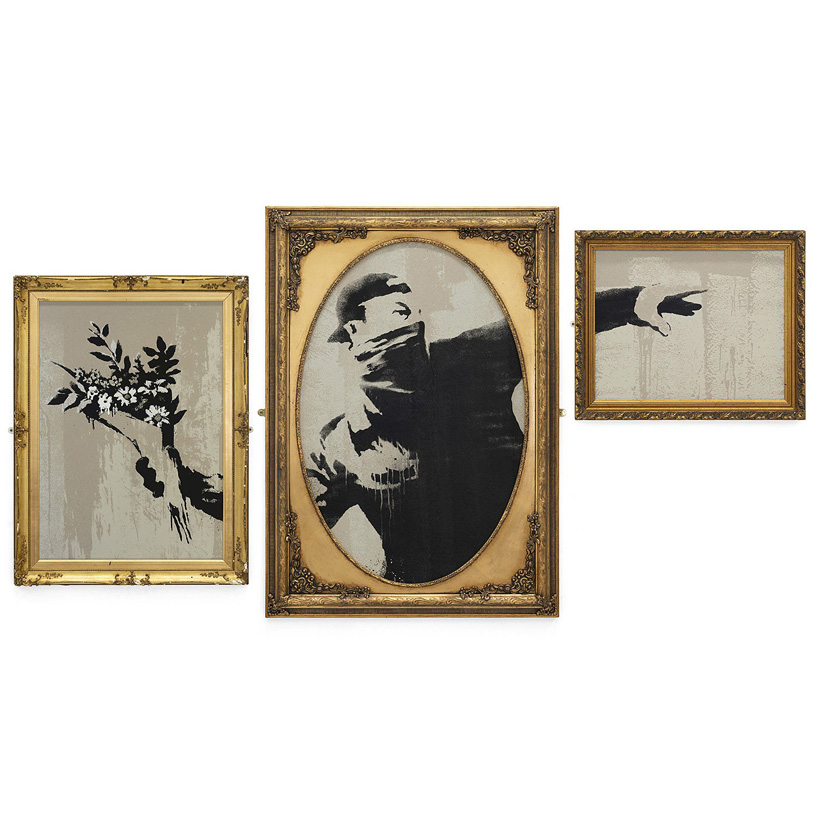