following his unauthorized installation last wednesday (may 22), banksy has confirmed a new mural in venice. the artwork portrays a migrant child wearing a lifejacket and holding a neon pink flare.

banksy confirmed that the artwork was his by posting two photos on his instagram account over the weekend. the images show the piece in the italian city’s dorsoduro district where it was first spotted during the venice biennale 2019 art fair. 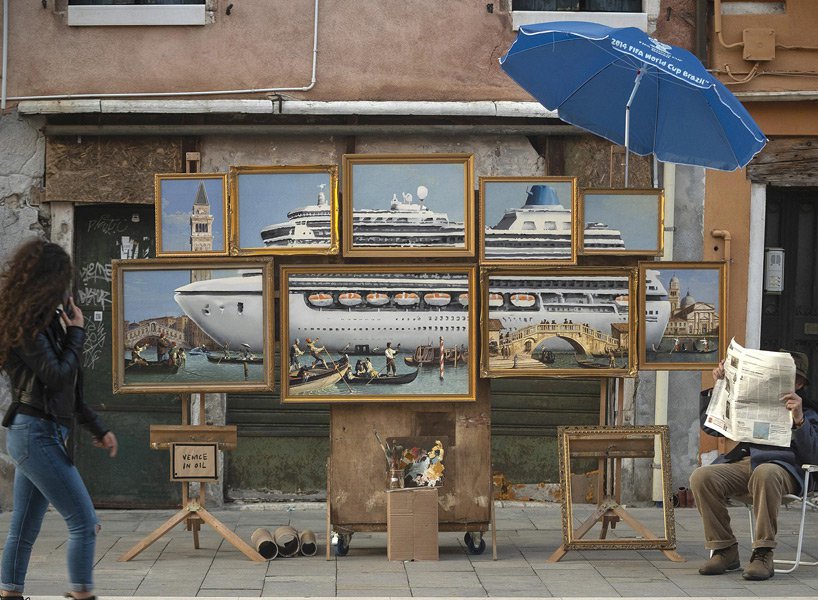 it comes after the british street artist‘s aforementioned ‘street artist in venice‘ piece was identified. banksy set up a street stall of oil paintings in venice which together portray a large cruise ship surrounded by venetian gondola boats.

after banksy’s authorship was confirmed, many speculated that the piece references the global refugee crisis. others believe that the paintings are a comment on the overtourism in venice, with cruise ships being a well reported threat to the city’s structural integrity.

the artist often addresses the plight of migrants and refugees in his work. in 2015, he painted a steve jobs portrait at the refugee camp in calais, france:

‘we’re often led to believe migration is a drain on the country’s resources but steve jobs was the son of a syrian migrant,’ explained banksy in a statement at the time. ‘apple is the world’s most profitable company, it pays over $7 billion usd a year in taxes – and it only exists because they allowed in a young man from homs.’ 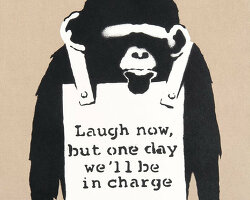