today’s ‘urban art’ sale at bonhams in london will see the sale of ten original works by the british street artist banksy. other lots include pieces by americans shepard fairey and futura 2000, and british artist ben eine.

among the most anticipated works of the sale is ‘save or delete jungle book’, an image created by banksy for greenpeace’s 2001 ‘save or delete’ campaign poster to draw public awareness to global deforestation and illegal trade in logging. because of copyright issues, the image was never circulated; the piece featured in bonham’s sale was given to the vendor by banksy himself. it is expected to draw £60,000-80,000. 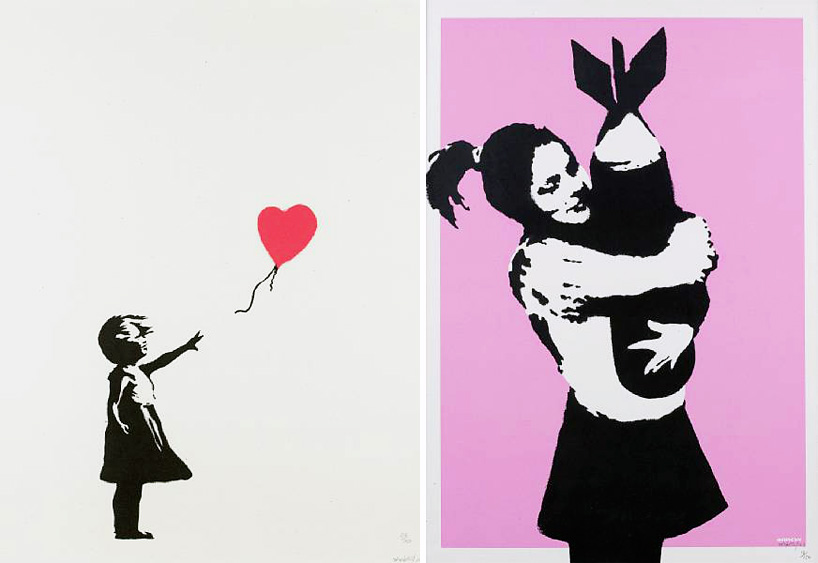 other notable pieces in the sale include what is thought to be the only surviving work from futura 2000’s collaboration with rock band the clash during their ‘combat rock’ tour, in which the street artist spraypainted the stage backdrop during the performance; and a three-meter long shark sculpture that british artist DNTT forged of salvaged metal.