banksy trademark challenge reversed by board of appeal

After a year-long legal battle with EU courts, Banksy’s cover remains intact, and his work protected. The news comes after a board of appeal reversed its 2021 decision to invalidate the trademark for the elusive artist’s iconic depiction of a monkey holding a sign around its neck that reads: ‘Laugh now, but one day we’ll be in charge’.

First created in 2002 in Brighton, the ‘Laugh Now’ graffiti was kept free of a mark up until 2018 when Banksy’s authenticating body, Pest Control, chose to register it. However, Full Colour Black, a U.K. greeting card company that relies on Banksy visuals to sell its products was not too pleased with the news and decided to challenge the mark a year later, claiming it was filed ‘in bad faith’.

The European Union Intellectual Property Office (EUIPO) initially supported that claim in May 2021, arguing that the British artist’s work ‘was free to be photographed by the general public and has been disseminated widely.’  Banksy is also known for speaking out against copyright, saying it was for ‘losers’. Naturally, this statement did not help his case at the time. 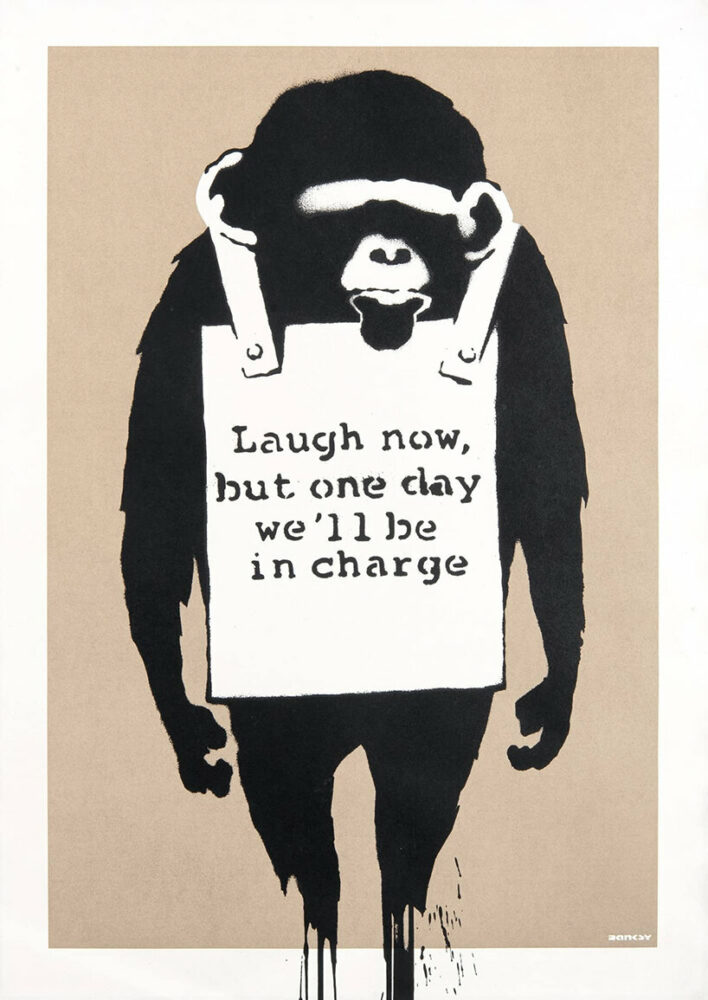 no evidence of ‘bad faith’

After careful re-consideration, the EUIPO published a ruling last week, stating that they found no evidence of ill- intent from Pest Control and, consequently, the artist. ‘All the arguments, facts and reasonings provided by the cancellation applicant taken as a whole cannot justify or explain clearly a dishonest behaviour from the EUTM proprietor (Pest Control) when he filed the contested mark and, consequently, the presumption of good faith is still valid and the cancellation applicant failed to prove the contrary.‘

Lee Curtis, a trademark specialist at the HGF law firm, adds: ‘This is a significant victory for Banksy, or more accurately Pest Control Office Limited, which enables Banksy to conceal his identity. The fact that he may have said on two occasions that ‘copyright is for losers’ should not impact on the validity of his trademark registration.’ 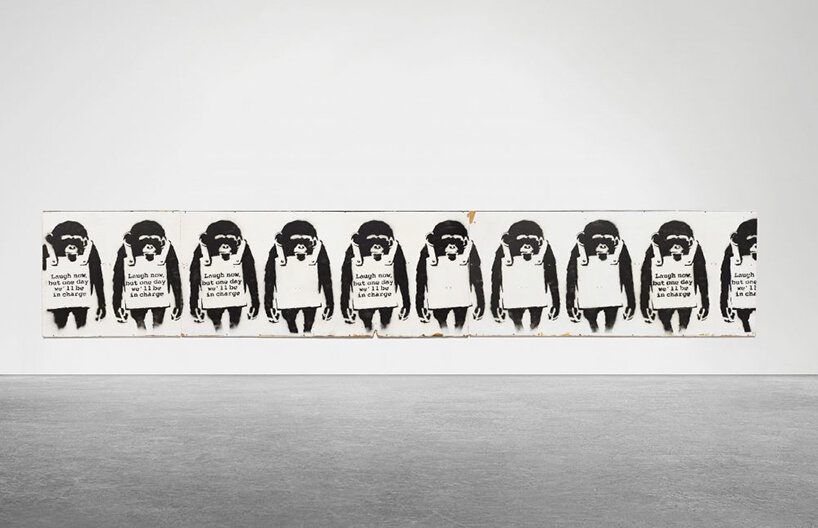