baptiste debombourg is known for taking unexpected materials, and transforming them into something new. his ‘stellar’ aerial sculpture does just that. made from 1200 café chairs, the work twists itself into a form reminiscent of a rollar coaster in the place du bouffay – a public square in nantes, france that boasts a number of outdoor cafés and restaurants, and which also explicitly informed his selected medium on this occasion. 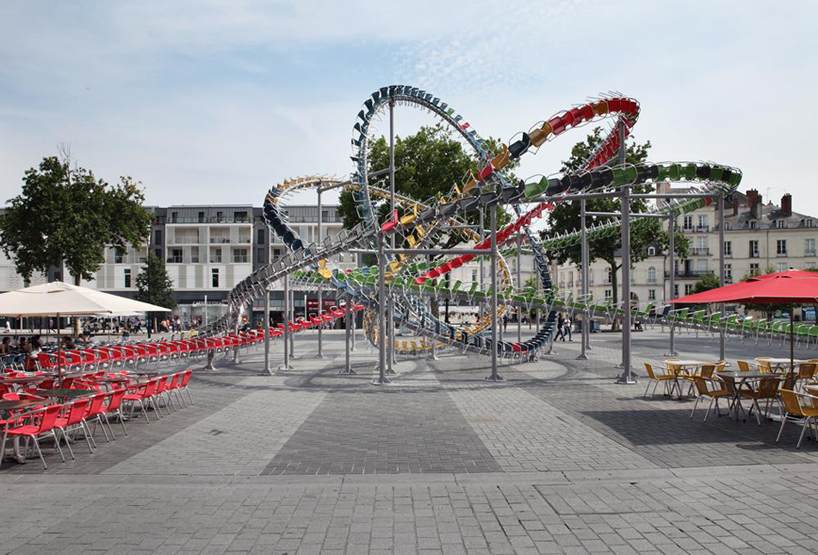 the paris-based artist’s gravity defying installation creates a dialogue with the volume of its location in the well-known plaza, and the height of the buildings that surround it; with its two ellipses of chairs rising upwards into the air and meeting before separating again. drawing references from robert delaunay’s work produced for ‘palais de l’air’ during the paris world’s fair in 1937, ‘stellar’ puts man back into his place, and positions him as an integral part of his environment. ‘stellar’ has been realized for ‘le voyage à nantes‘ a cultural program that runs for the remainder of august, sees different creatives taking over the city’s spaces with both temporary and permanent art pieces. 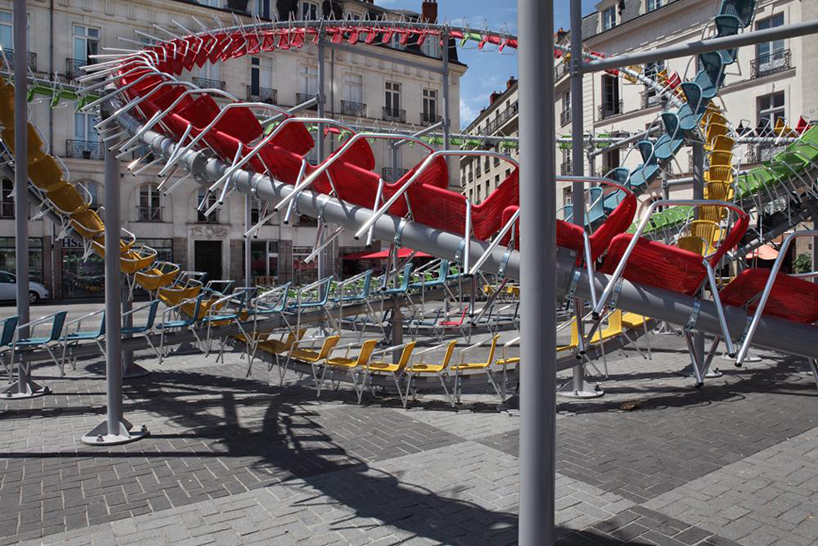 the installation contradicts the gravity of everyone anchored to the ground 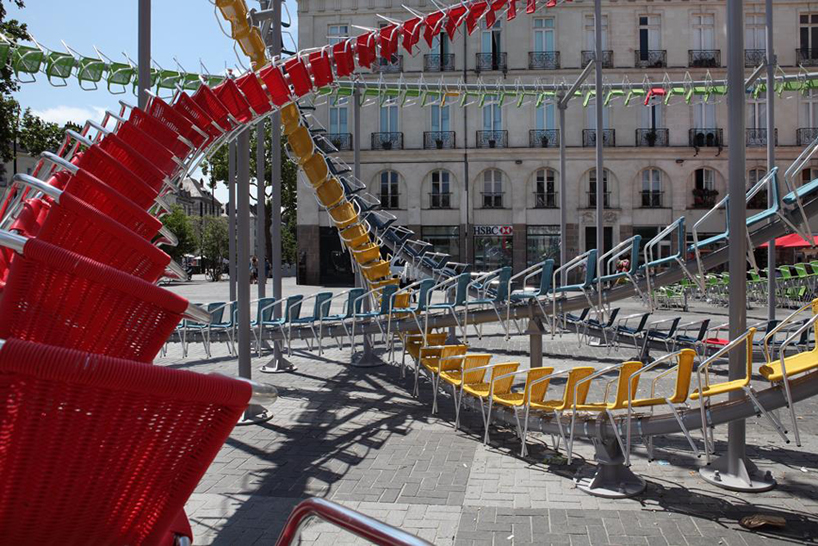 1200 chairs were used to create the elliptically formed installation 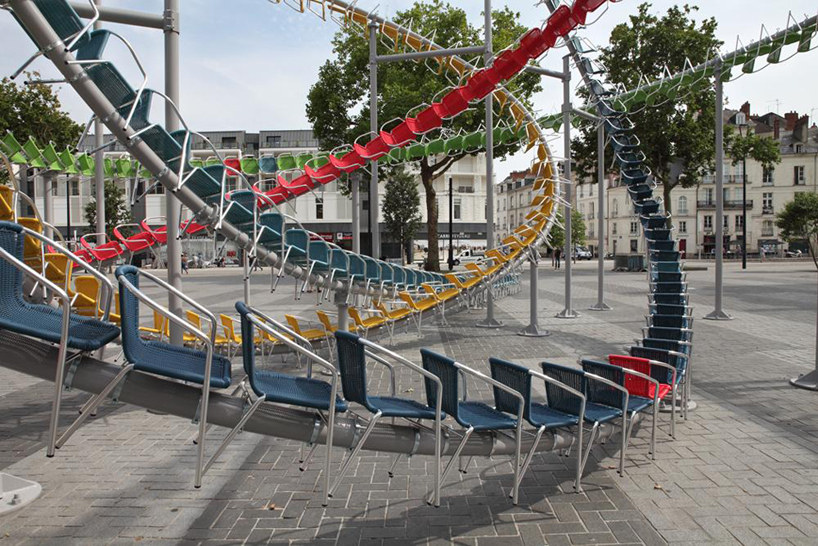 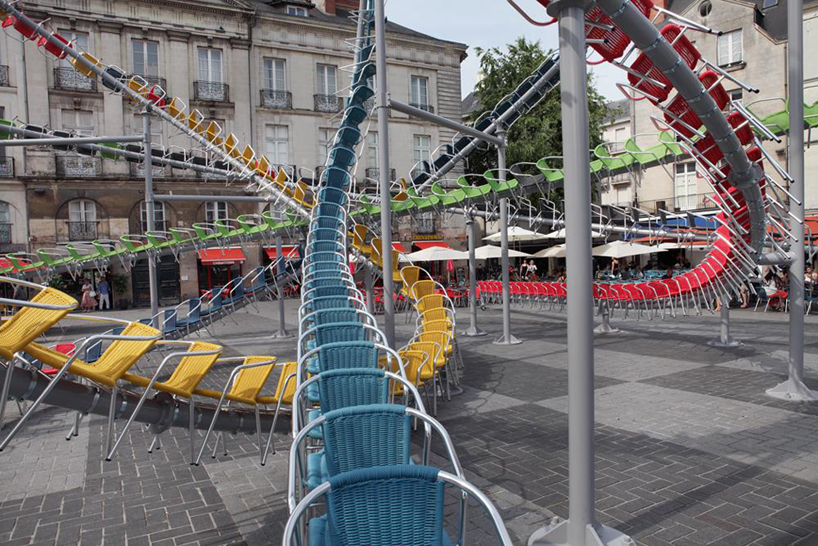 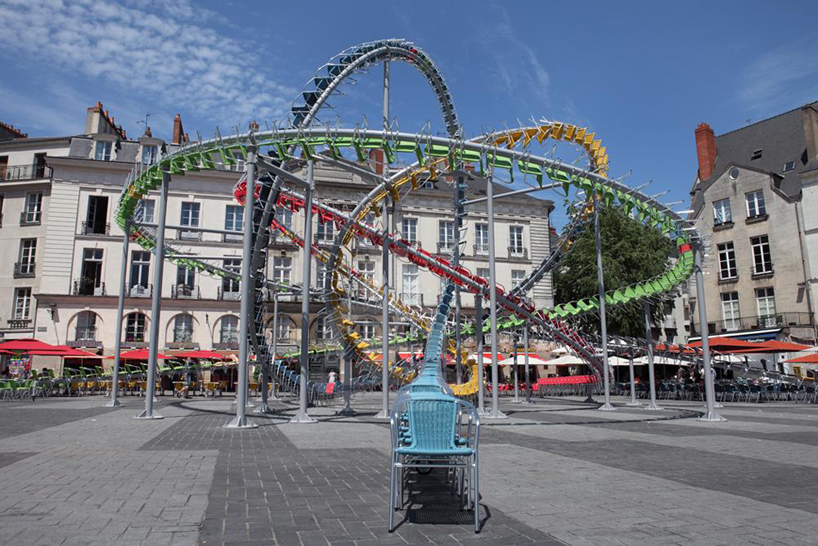 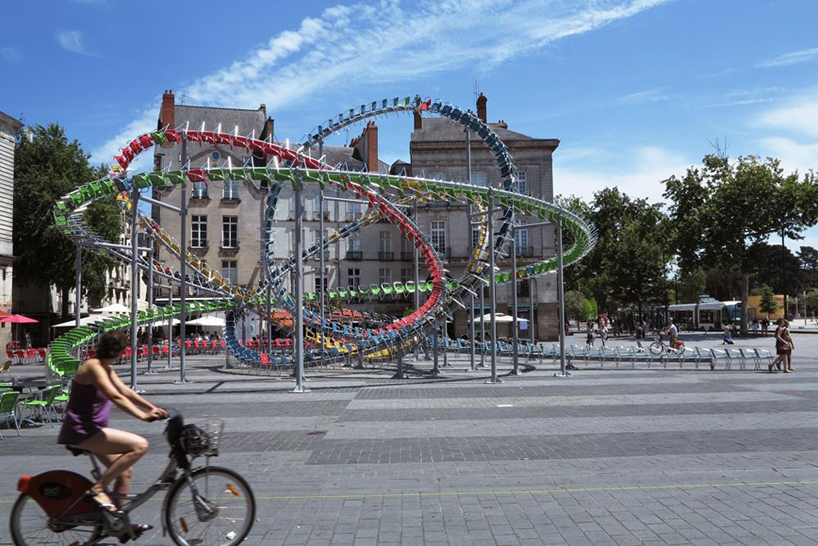 view of the gravity defying installation from the street 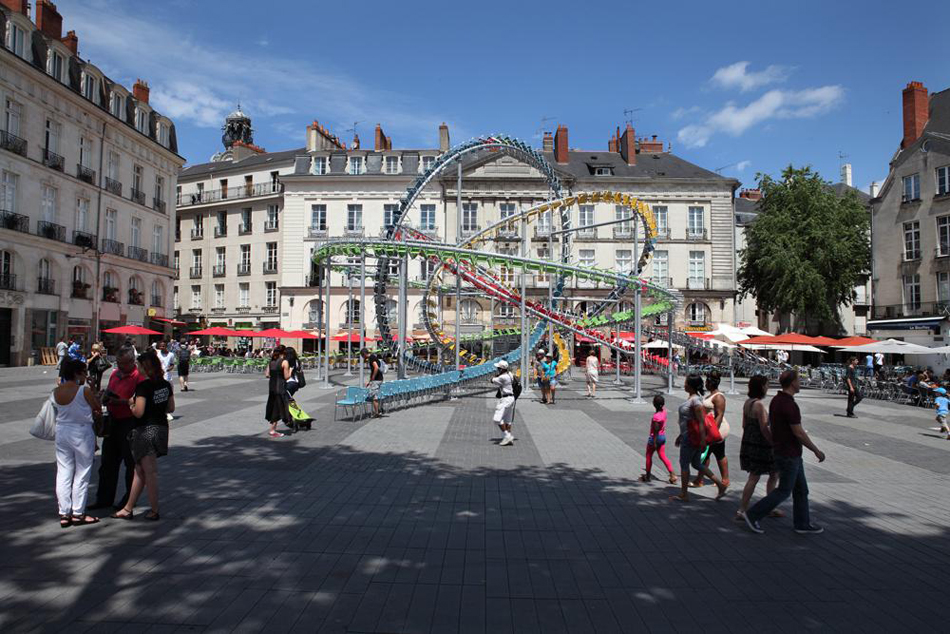 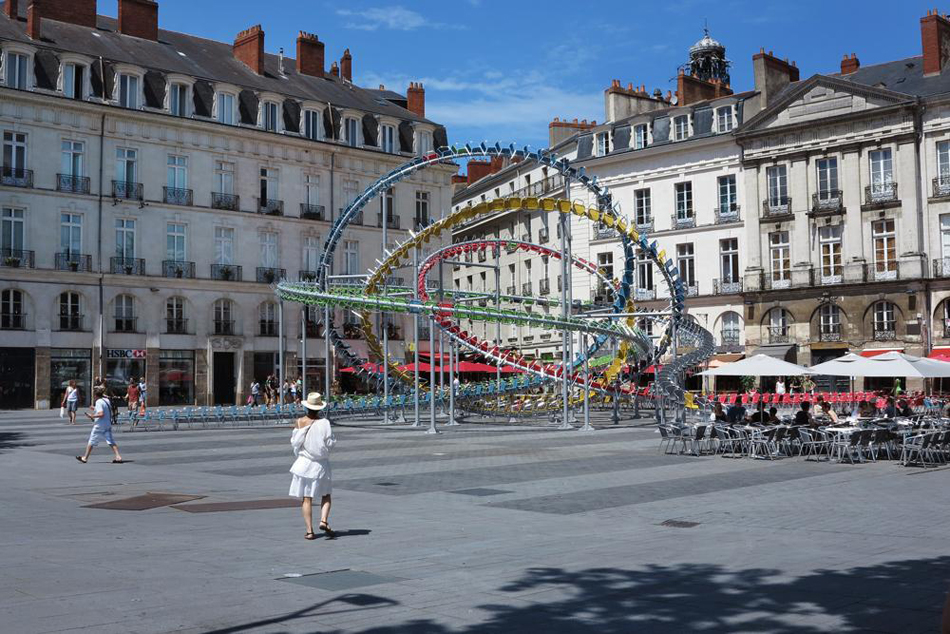 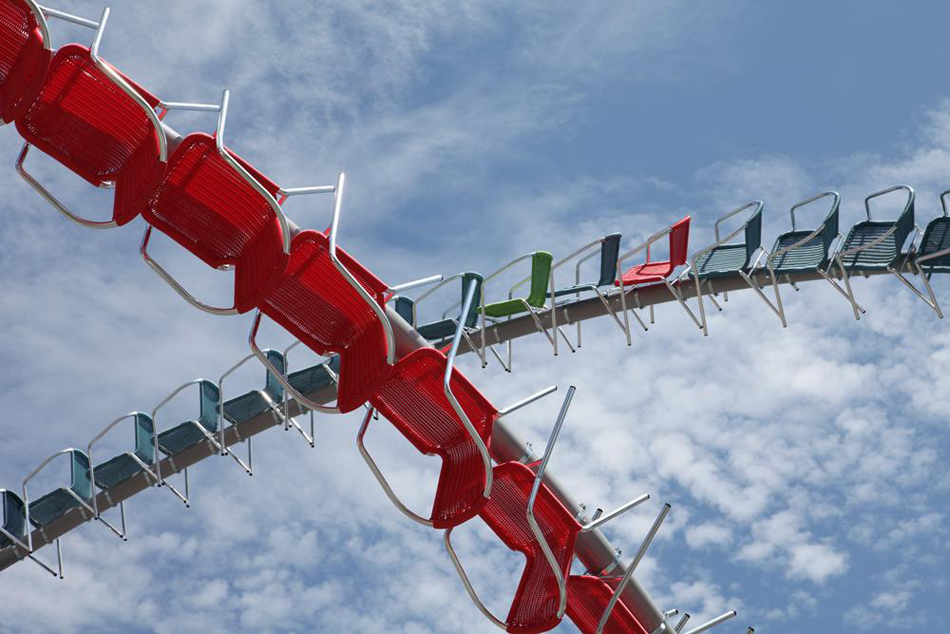 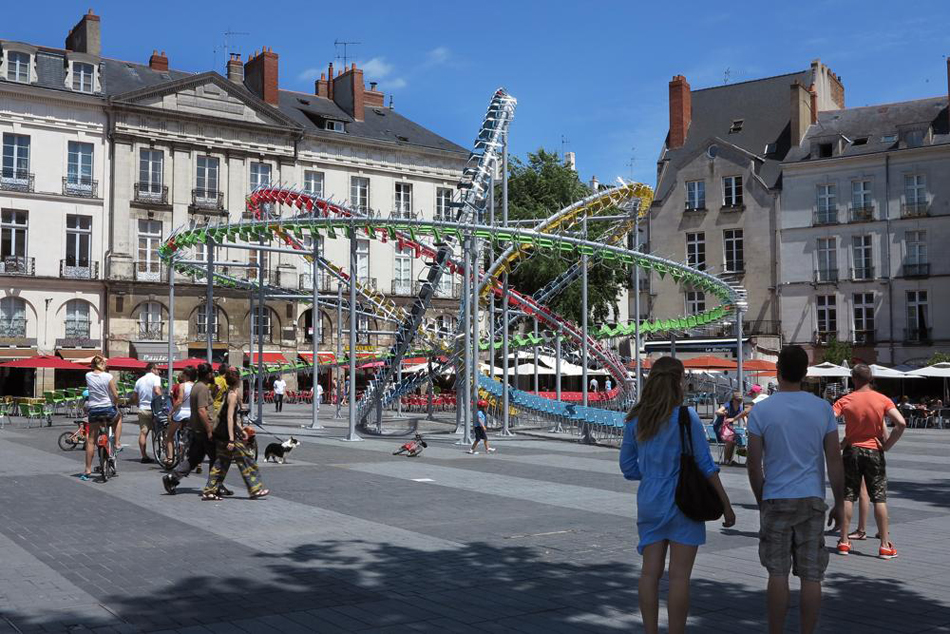 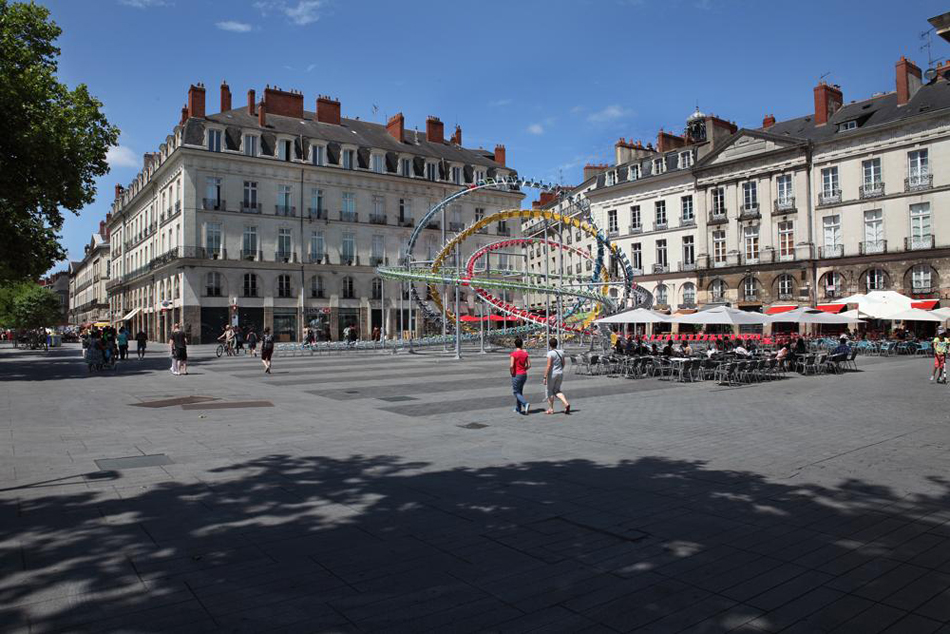 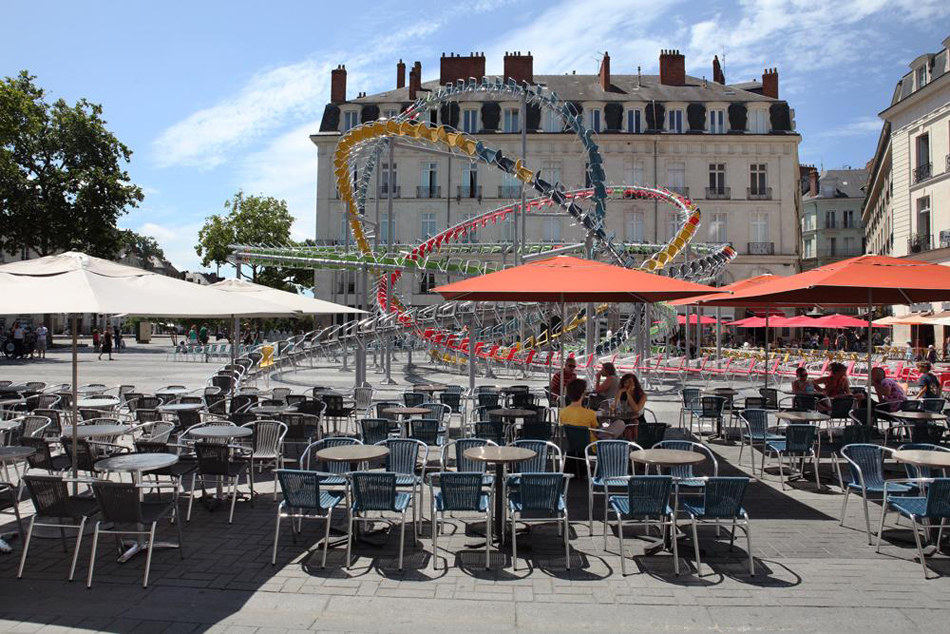 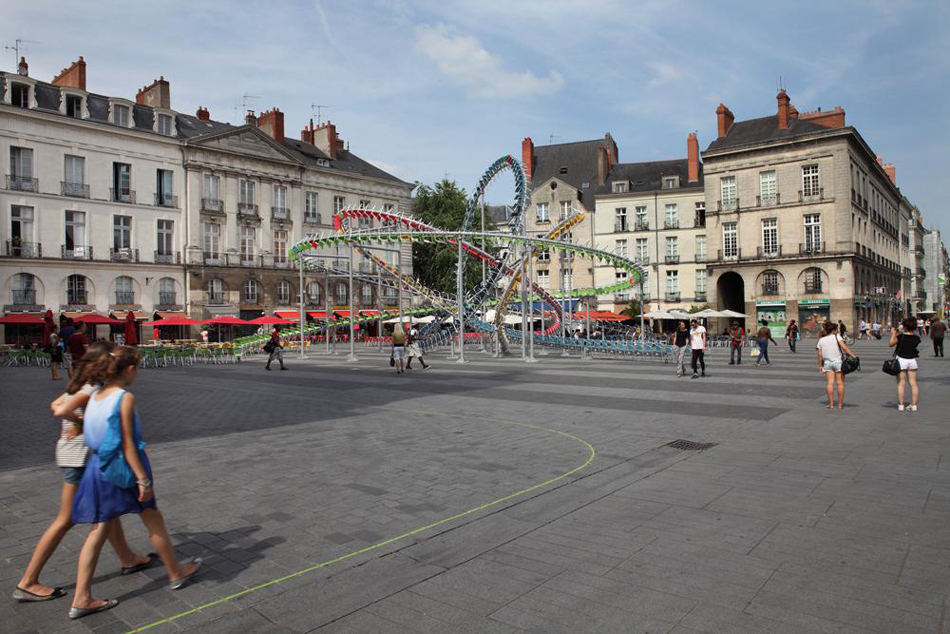 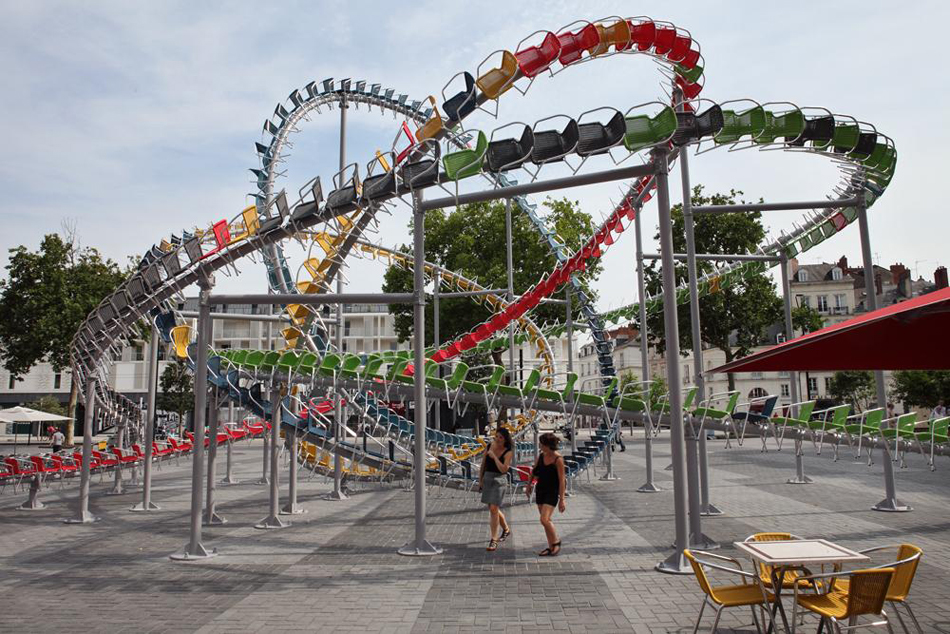