the current exhibition at david gill galleries in london features nine new works by UK-based artist barnaby barford, which have been made in correlation with his ambitious animated film, ‘damaged goods’. the film tells a tragic story played by porcelain figurines residing in a bric-a-brac shop. it explores notions of forbidden love, material, wealth and class divisions using traditions of value within ceramics, turning the classic ‘rags to riches’ plot on its head with an unexpected twist. the film is populated by a host of characters – from hero to heroine, a down-at-heel boy and a beautiful girl; to a sinister male character who could be the girl’s father or lover; to a cast of circus show freaks; to the genteel card-playing, piano-playing blue and white figurines representing the middle classes.

for this exhibition, barford has created nine pieces featuring the actual figurines used to make the film. each of the pieces is influenced by the film, but have been crafted without directly replicating the scene, so that together, they tell the tragic love story in 9 stages. with each piece, the figures appear on a wooden plinth with the background scenery made from paper and card. 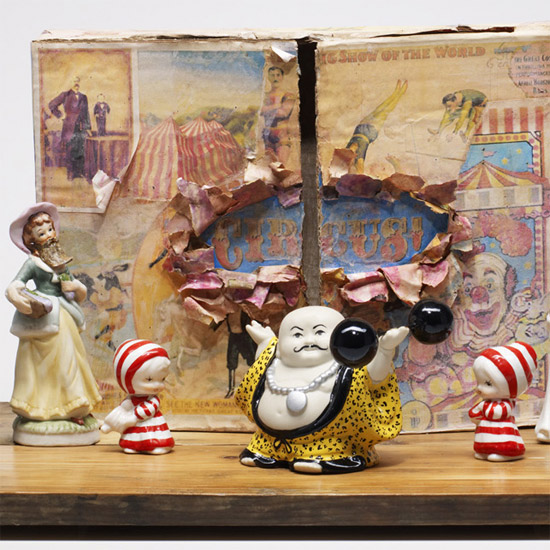 visitors to the exhibition will discover that some figurines appear in more than one piece. for the film, barford had to get more than one example of certain figurines, not only so they could be cut into pieces for the purpose of animation, but also because of the high risk of breakage associated with the fragile medium. while he found several versions of the heroine, barford only managed to find a second hero by chance. he is composed of a head and body from two different figurines. 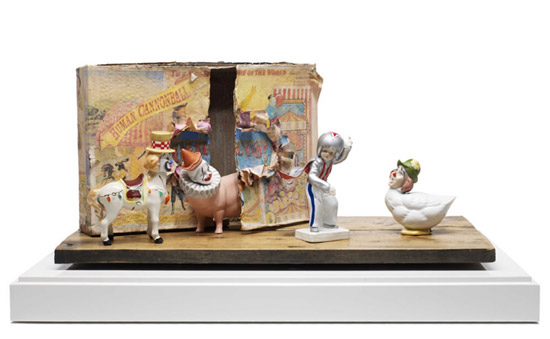 ‘the pieces I have made are an important conclusion to the entire project. I have taken these characters from conception through the journey of making the film and finally back into being stand-alone sculptures representing this tragic love story.‘ – BB 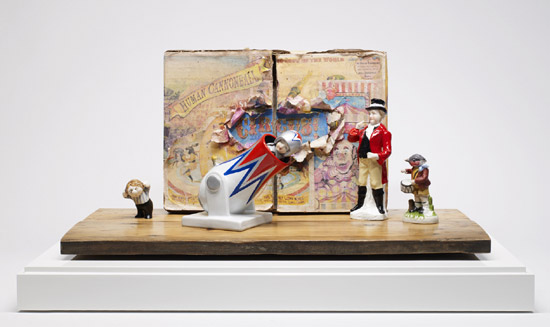 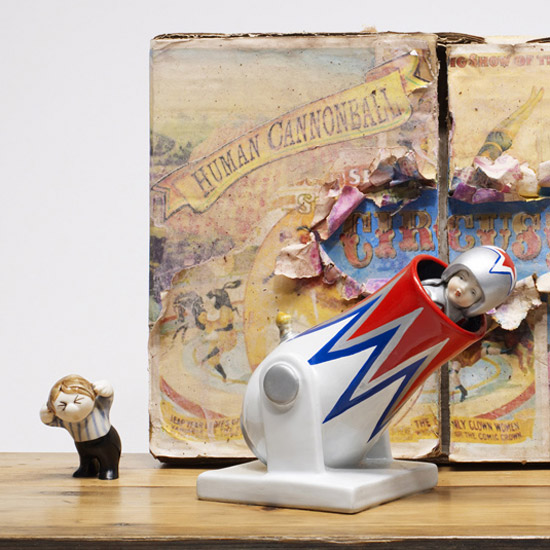 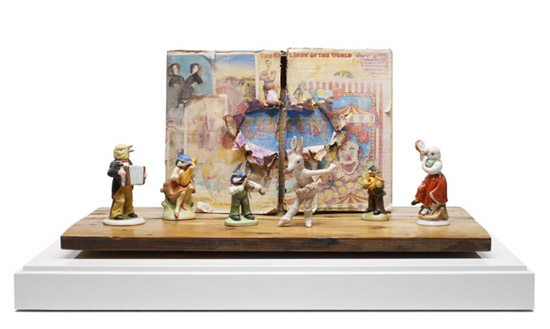 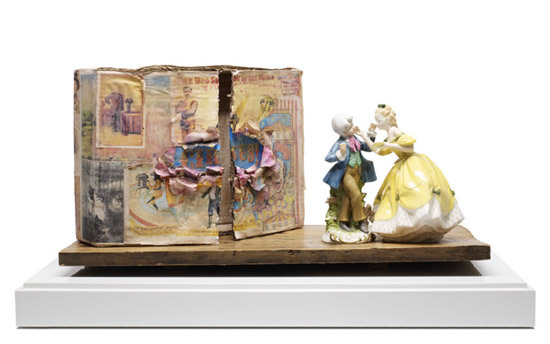 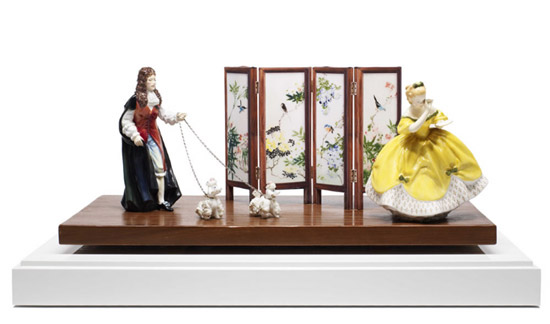 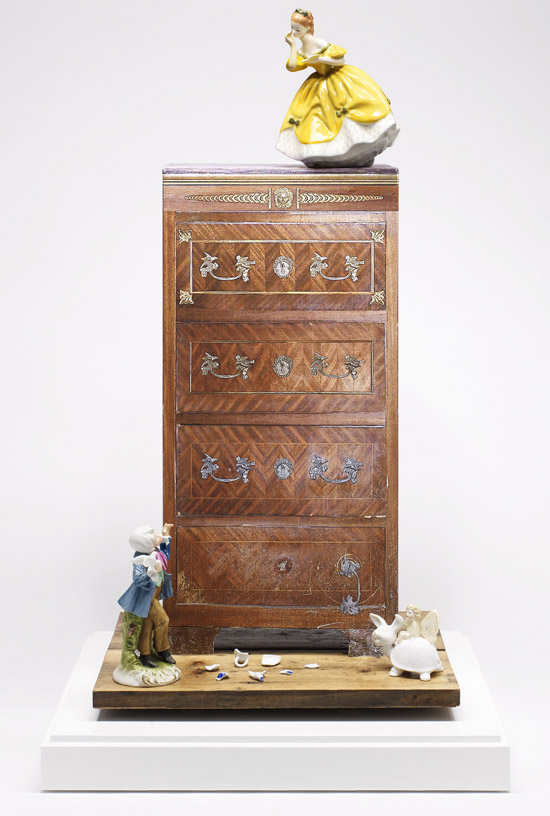 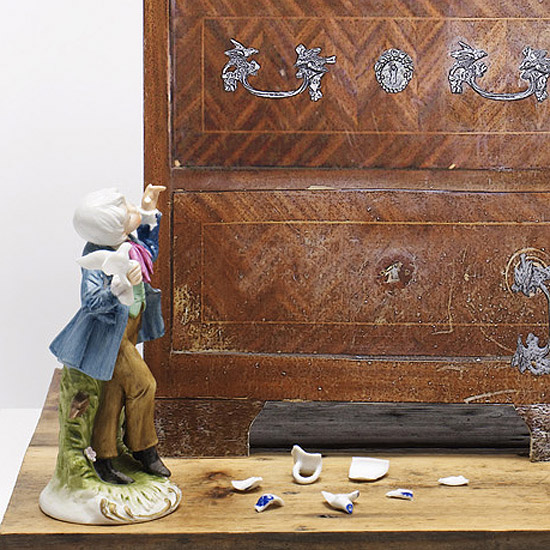 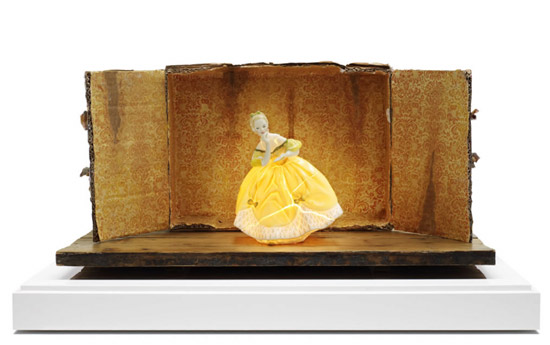 ‘light of my life’ 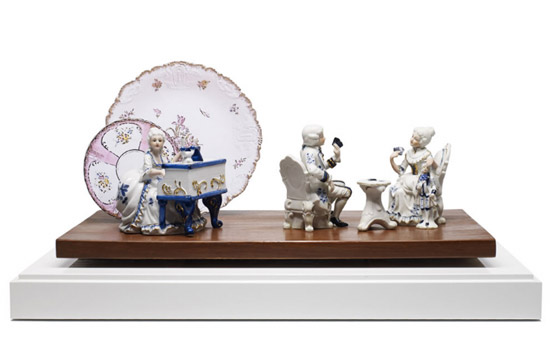 ‘if you play your cards right’

barnaby barford was born in 1977. he graduated from the royal college of art in 2002 and has since been involved in several solo exhibitions in the UK, and has exhibited in the US, japan and across europe. along with creating one-off pieces, he has made projection based installations, working with such companies as nymphenburg, and he has designed products for thorsten van elten. 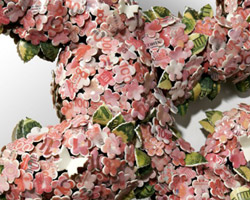 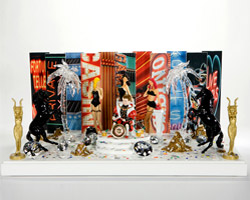 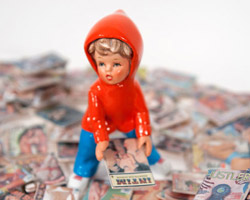 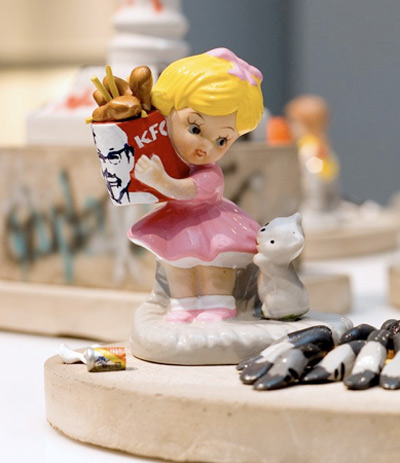