the welsh and english text that reads ‘ynys barry – barry island’ transforms a concrete wall into an interactive landmark that will attract visitors and climbers to a previously neglected corner of the seafront. the piece was created with designer josh young, climber rob larney and the barry island history group.

‘I had been looking at ways to use recycled plastics for a while and it worked well for this – it’s affordable, colorful and resilient against salt water. it’s a material we have so much of, but often don’t really know what to do with, and I think it could be used a lot more.’ gordon young told creative review. 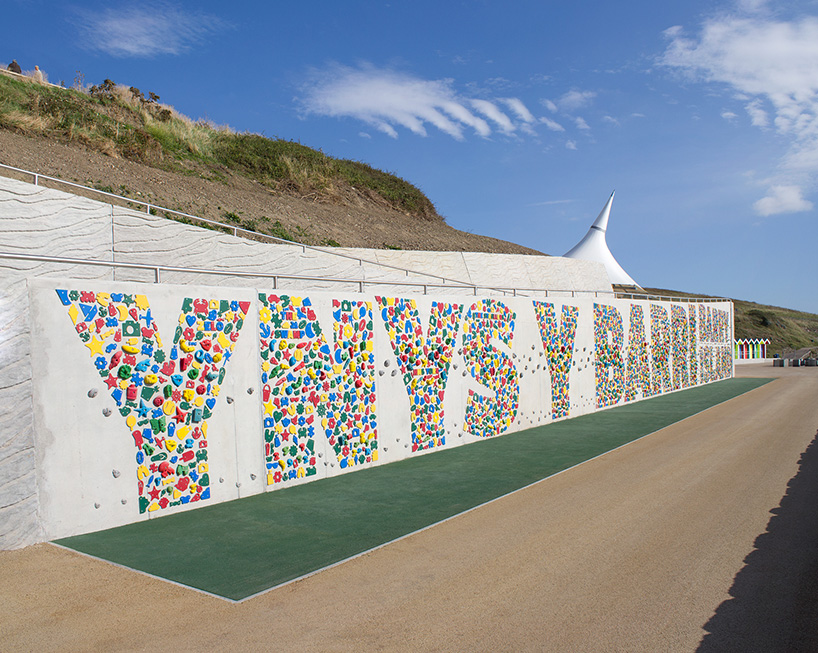 the climbs are configured for all ages and standards, it is possible to climb up and down individual letters but also traverse the wall’s entire length. 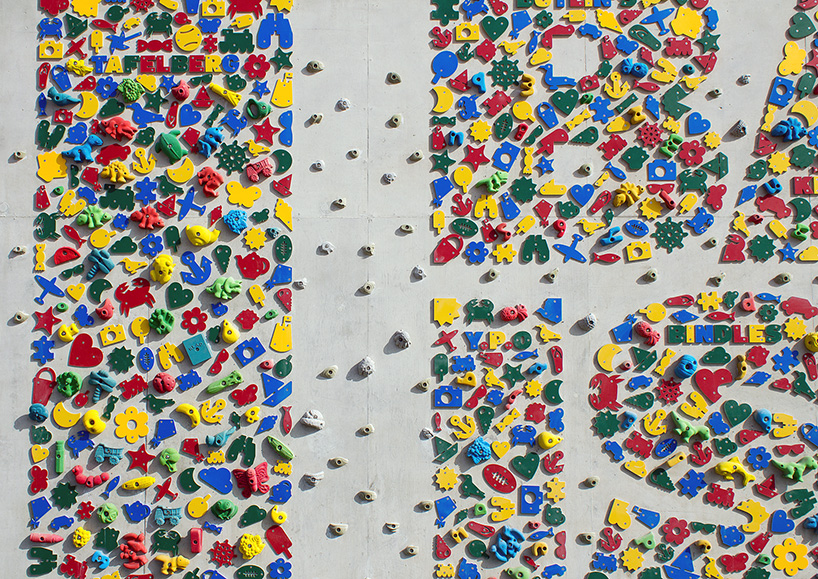 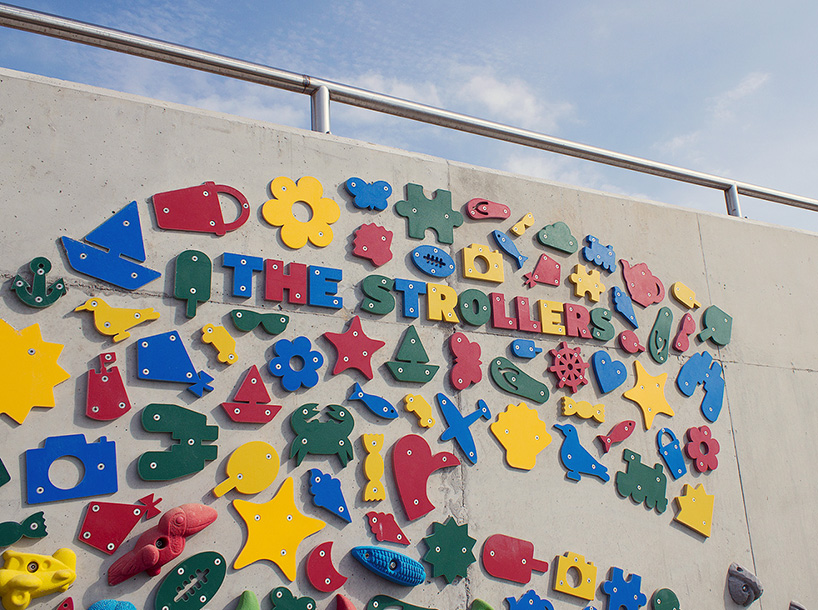 the work can be read from the beach and promenade but also from planes coming into land at cardiff airport.