american artist barry x ball has created ‘bxb dual-dual portrait’, a two headed, two faced, mirrored sculptural work featuring his own face and that of fellow artist matthew barney. the carved marble works seem to have been impaled by a javelin, entering at the center of the skull from having been shot from the ceiling. the two toned busts are positioned in such a way that the two cut short figures seem to converse with one another, pierced by their steel support system in a moment of tension and intimacy. both the portugese gold marble and the portoro marble busts are suspended in air by a funnel-like cable system, enabling the viewer to witness the eyes and mouths of both figures, both opened and closed, alternately, as their faces seem to be contorted mid-scream. the work is a reinterpretation of italian mannerist ceremonial armour, formed in the baroque and european classical sculptural style. each figure is both hyperrealistic and obsessively ornate in nature. 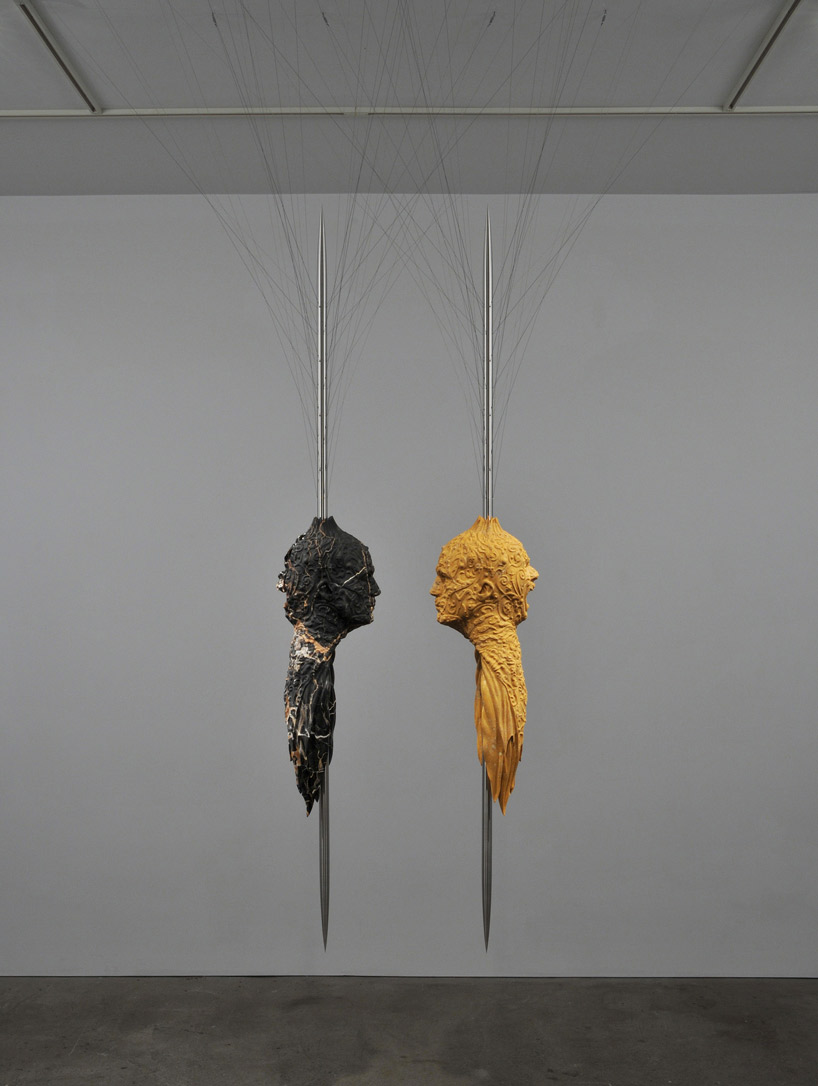 the portraits seem to mirror one another while the color, shape and reality of the individuals portrayed form their difference. 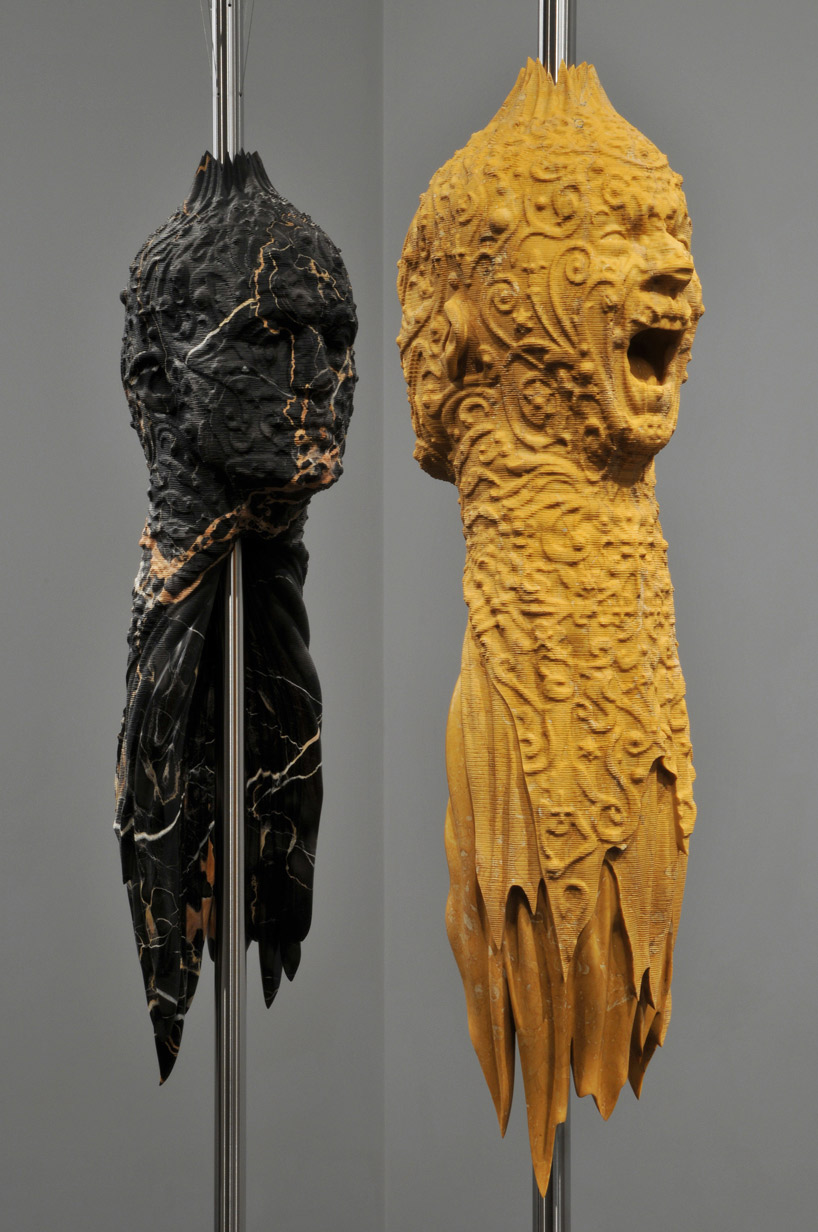 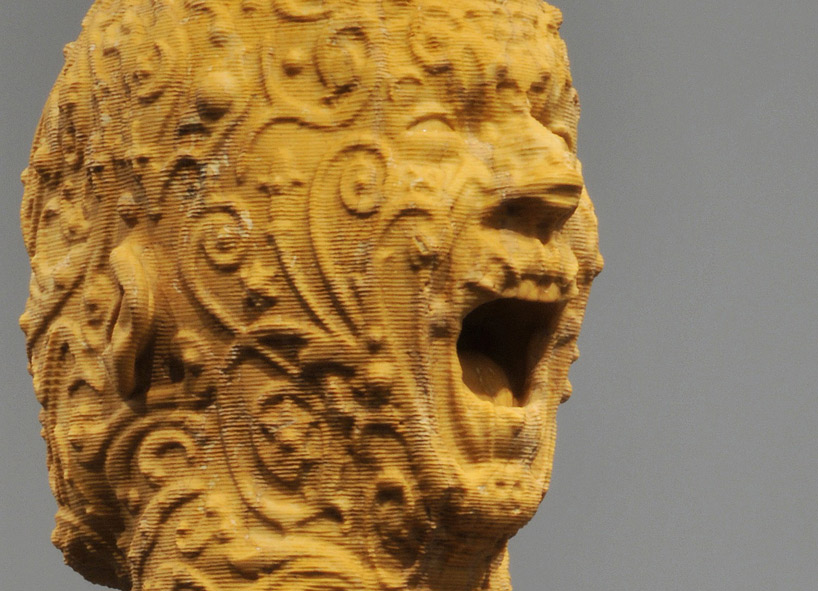 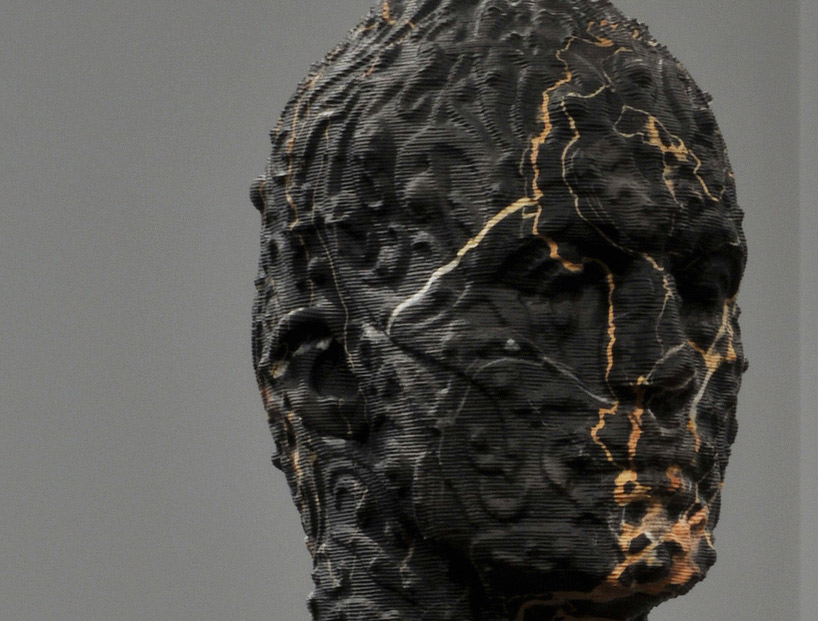 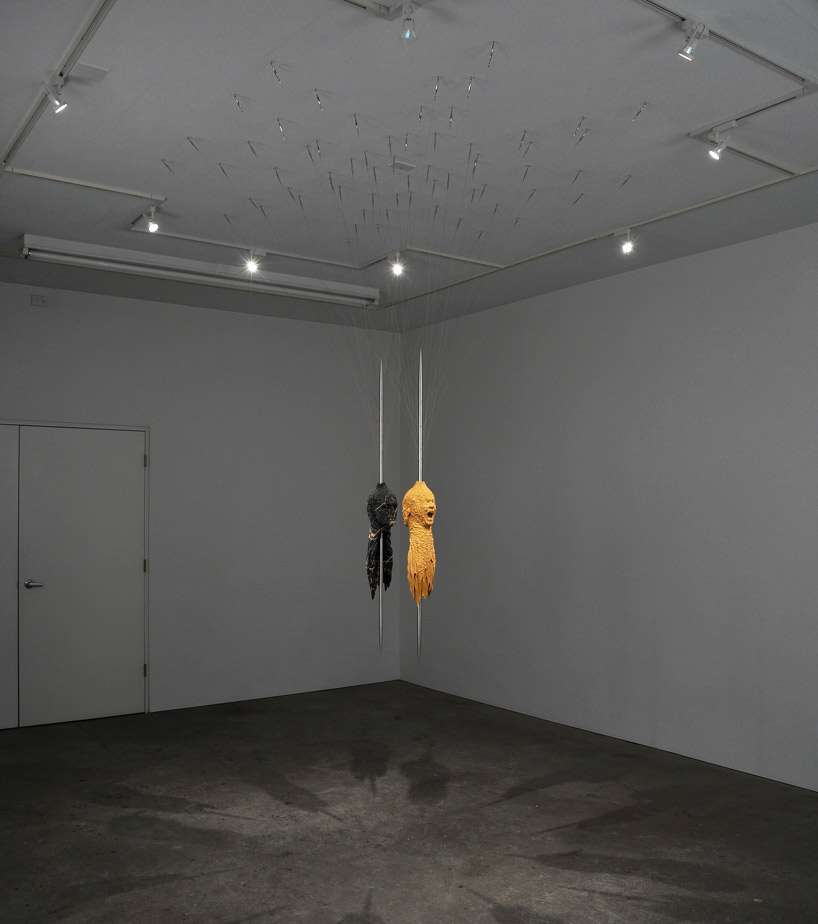 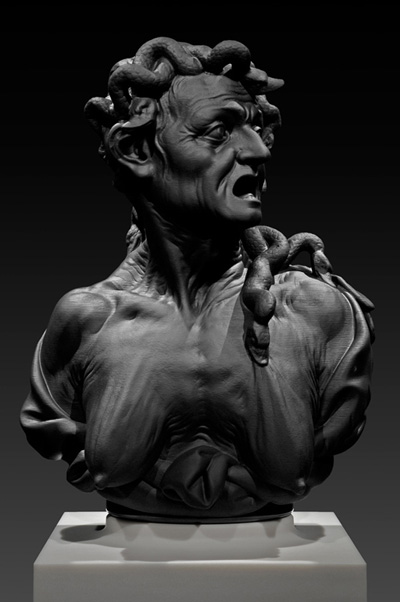