lisa j. murphy is a canadian photographer with a certificate in tactile graphics from the canandian national institute for the blind. while volunteering at the institute, murphy learned how to create touchable images of animals for books intended for visually impaired children. it was during this time that she realized there were hardly any books which offered tactile imagery for adults only.

it was then that murphy decided to venture into the world of creating sensual art for visually impaired adults. ‘tactile mind’ is her first endeavour, and the hand-made publication includes 3D erotic images of men and women, in costume or completely nude, as well as ‘details’ of private parts. each page is made individually from thermoform plastic – the same material used in braille books. the process involves building up photos, which murphy has taken, by forming clay on top to mimic the 2D images, rendering them in three, as well as two and a half dimensions. once complete, the forms are covered with a sheet of thermoplastic which is then heated and vacuum-formed, resulting in the plastic to mould around the clay. the finished piece becomes a page in a book. it takes up to 50 hours to produce each of the images in the publication.

the adult film and magazine market has not really offered many options for the visually impaired, so murphy’s sensorial experience is meant to offer a similar level of pleasure for the blind, that perhaps a sighted person may typically take for granted. 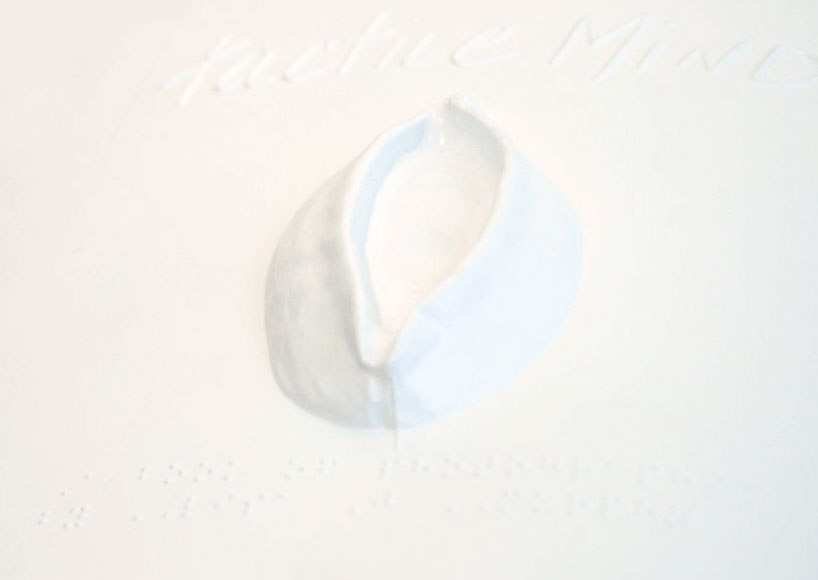 each of the images are accompanied by captions detailing what is being depicted, so that readers can expect certain nuances not as errors but as details.

murphy’s more recent project is a set of four photographs, each created with the same attention and process used to develop the ‘tactile mind’. they depict: