Last year, on May 2nd, 2021, Swiss artist and architect Bastian Marzoli organized a unique performance called ‘Bref Alignement’. It took place on Lake Geneva, where more than 280 boats carefully lined up to materialize the invisible administrative Franco-Swiss border located in the center of the alpine waters. From St-Gingolph to Geneva, one boat stood every 200 meters to cover a 59km-long line. 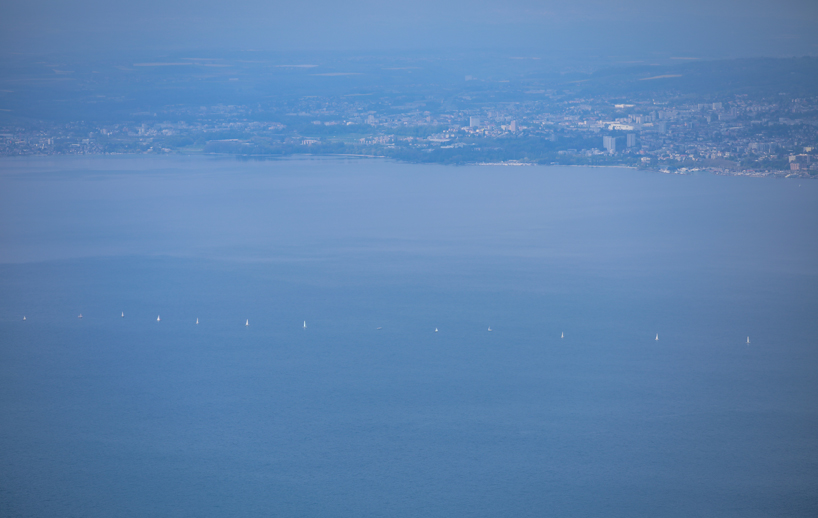 view from the Grammont mountain (FR), Lausanne in the background
image © Julien Dagnaux

materializing and reflecting on the franco-swiss border

With ‘Bref Alignement’, Marzoli (see more here) successfully magnified the theoretical dimension of the border. ‘The inhabitants of the Lake Geneva basin were able to question the role of the lake as a separator, but above all as a common landscape and sensory heritage, challenged by administrative rules that do not correspond to the reality of a space serving daily as a link between the two coasts,’ he shares. 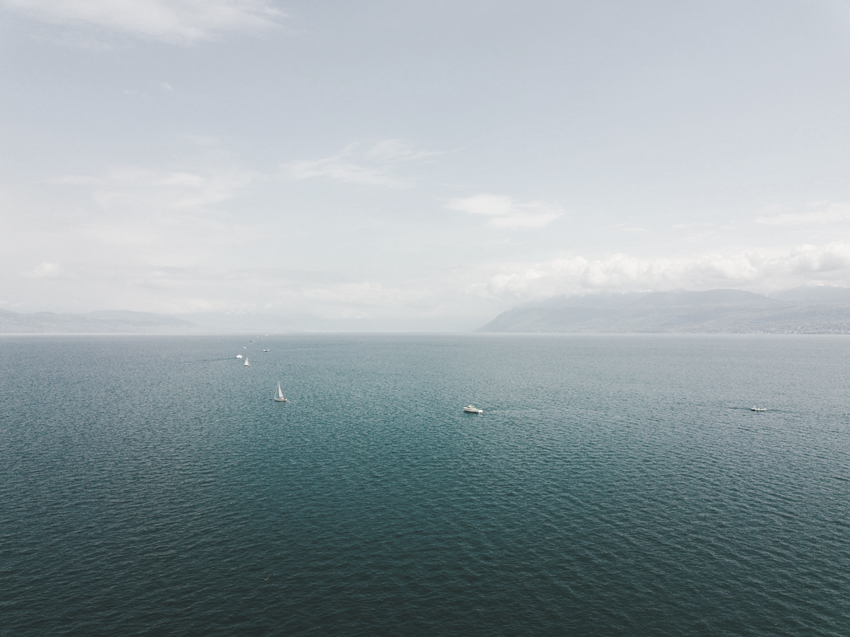 aerial view, shot from the eastern end between Nyon (CH) and Yvoire (FR)

During the 2020 pandemic, the border closed down for the first time since WW2, an event that resonated strongly with the performance. The fact that both Swiss and French sailors were at the time not allowed to spend the night anchored ‘abroad’ transformed their meeting on the line into a joyful reunion after months apart. The boats were coming from 70+ different ports, all coordinated by the artist. The event also had to be greenlit by six separate administrative entities situated in both countries (France & Switzerland). 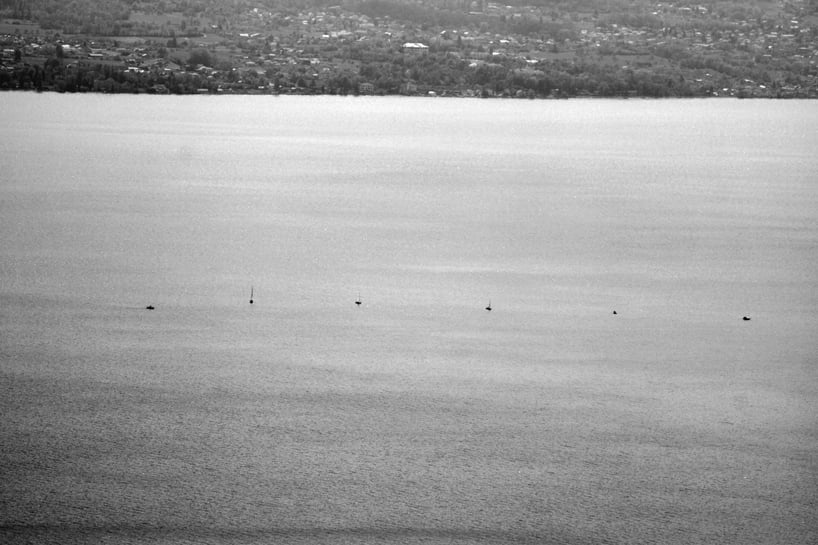 Against all odds, when public events were canceled weekly, ‘Bref Alignement’ was the first international event to take place on the lake since the pandemic. ‘The brief 20-minute performance resulted from a three-month-long process, which could not have been successful without the time and enthusiasm of all implied sailors, who offered a unique moment to viewers all around the lake,’ comments the artist. 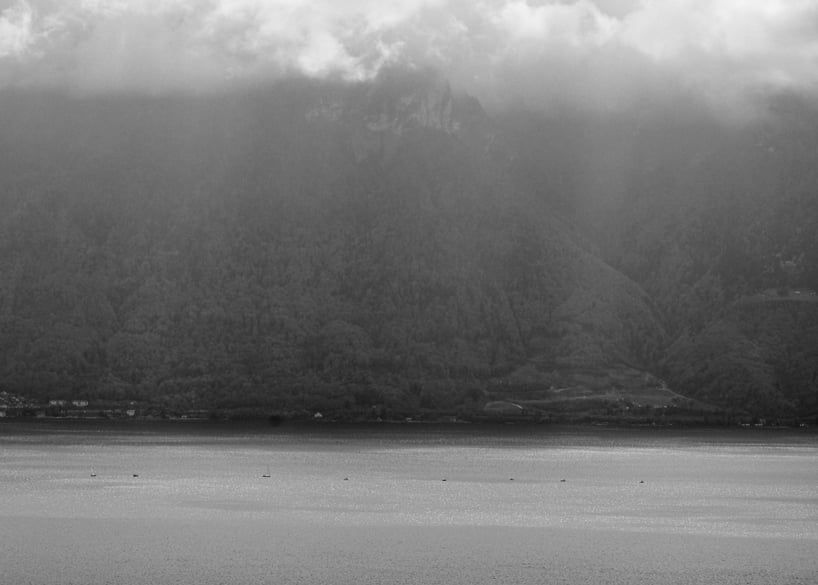 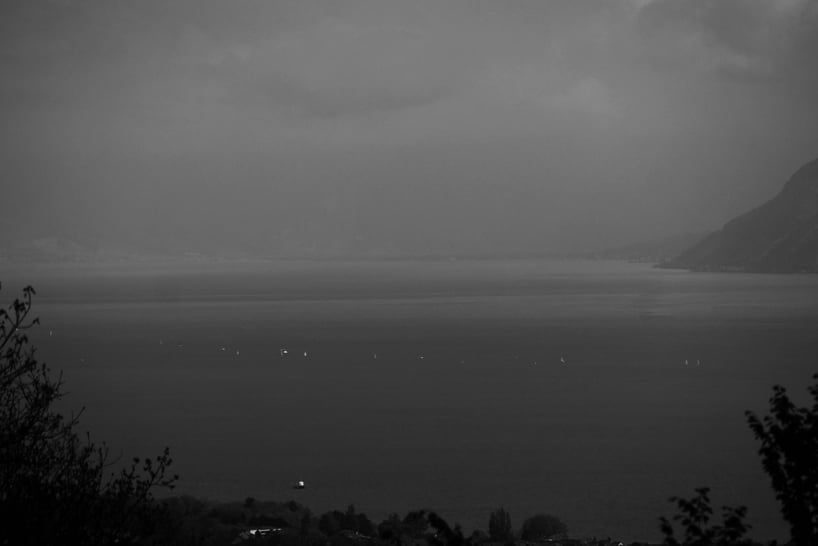 performance protocol, from the ports to the artificial line