these works are a response to the proliferation of large-scale advertising images (in the form of billboards, construction wraps, wall banners, etc.) in the urban environment. it is an inquiry into how these structures and images affect personal and public space, visual perception, memory, and cognition.

part of a series of art works using the same means and methods as the advertising industry, they thwart the industry’s practice by presenting a neutral message. neither iconographic nor commercial in their content, these works create an added dimension in an otherwise cloistered urban sprawl, much like a window.

at the same time the billboard is indexical. it is a portrait or document of the immediate environment and its component social/political relevance. they present fixed memories of a location, its conditions and the overlooked oasis of the ordinary. 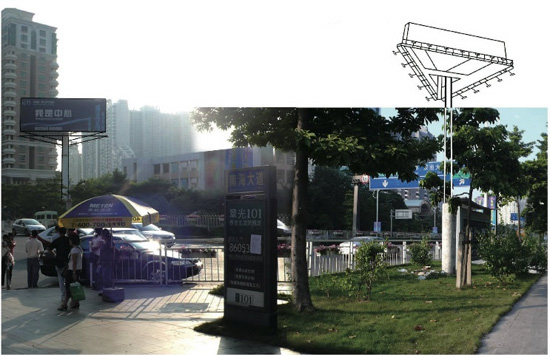 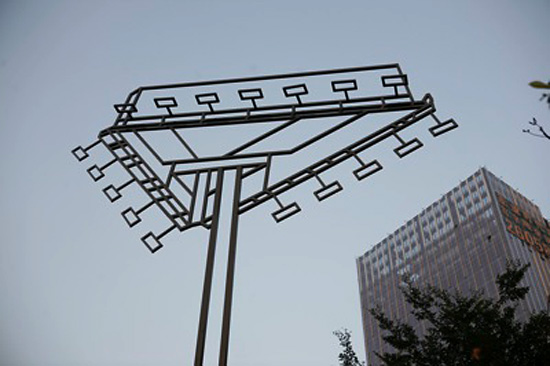