Victor Dorobantu: the man behind thing in ‘wednesday’

Thing, a classic character from ‘The Addams Family’, was brought to life in director Tim Burton’s spinoff Netflix series. Named after Wednesday Addams, the ruthless daughter of Morticia and Gomez, the comedy-horror show walks us through her macabre yet inspiring teenage adventures. The body-less hand Thing accompanies Wednesday in her quests — scuttering, jumping, climbing, concocting ruses, leafing through a magazine, and even flipping someone off. Behind the highly expressive embodiment of the character is Victor Dorobantu, a real-life stage magician with no prior acting experience. 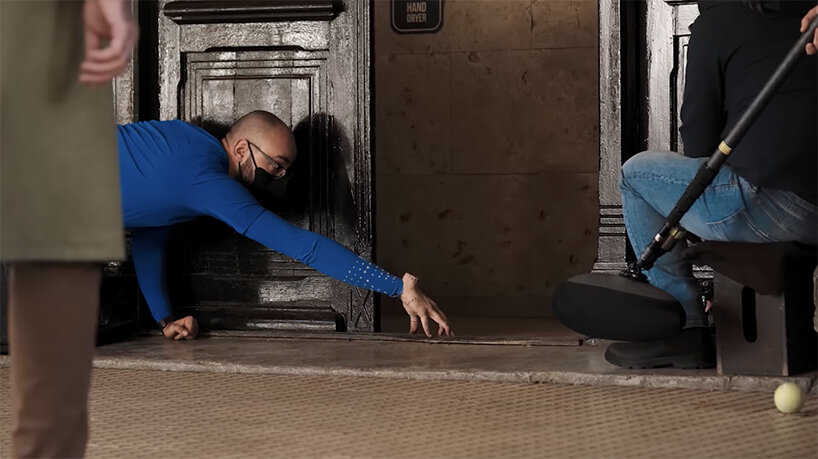 all images via Still Watching Netflix

deriving the character’s moves from a real-life performer

‘First call I got from Tim, he wanted Thing to be derived from an actor, a performer. So we set out to find us an actor who could do the part. Somebody who had the right look to the hands, who had nimble fingers, was able to do all these moves. Also, they had to be young enough and supple enough to fit in very awkward situations,’ said Tom Turnbull, VFX Supervisor of the Netflix series.

Indeed, while practicing his scenes, Victor had to work out creative ways with the filming crew to fit him in narrow, small, or unusual places — places that Thing effortlessly nestles into. ‘Hey, I can’t find under the bed, let’s make a hole in the floor. Hey, I can’t fit under the floor, let’s raise the whole building in the air [to] put him under the floor,’ the magician explains. 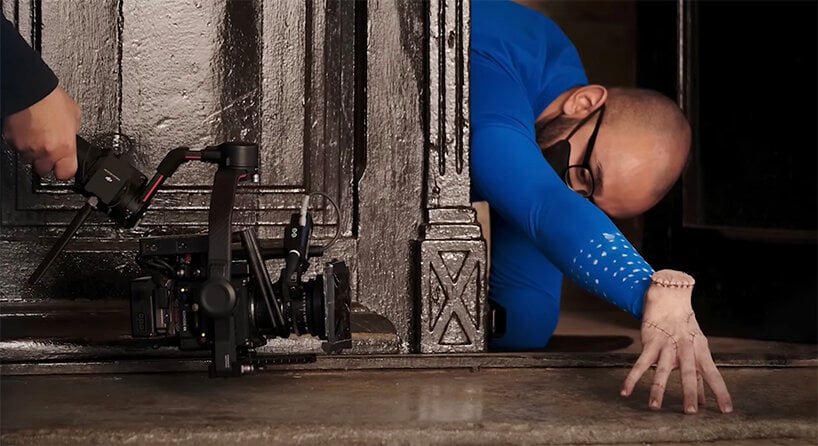 Victor Dorobantu is a real-life magician

Between on-set team effort and Victor’s natural, performative talent and interaction with the main character, Wednesday Addams, the final depiction of Thing won the hearts of viewers who are eagerly waiting for a season 2 announcement and release sometime in 2023. Watch the video above for a more detailed behind-the-scenes look at bringing the beloved limb to life. 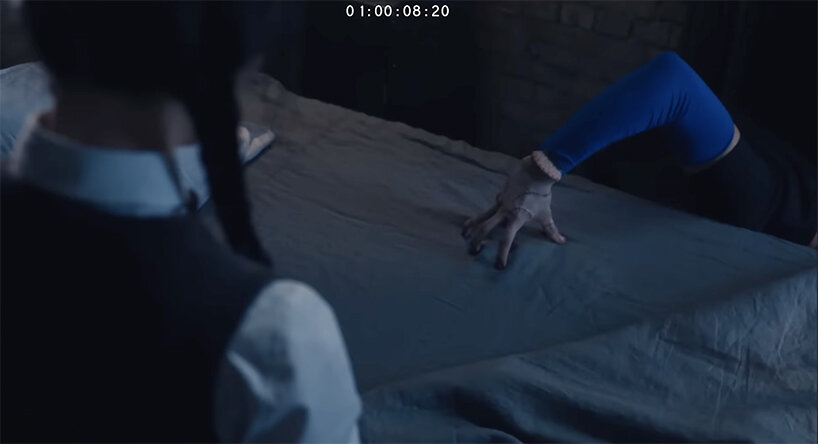 behind-the-scenes shot prior to VFX effects 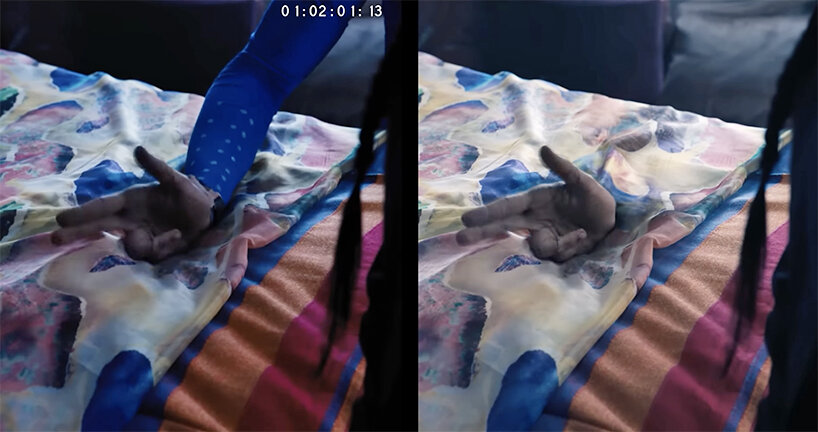 before and after special effects