‘the mending project’ by beili liu at the women and their work gallery in austin, texas, USA image © don mason

‘the mending project’ by chinese-born artist beili liu is a performance art and installation project that consists of hundreds of chinese scissors suspended from the ceiling in a shimmery cloud. put on at the women and their work gallery in austin, texas, USA earlier this year, the piece involved the artist sitting in front of a small black table, hand-mending patches of fabric together which visitors are encouraged to cut themselves near the entrance. as the performance continues, the piece grows as one continuous cloth and lays spread on the floor.

the hovering mass of the downward-pointed scissors represent the distant fear and looming violence present in today’s cultural climate. the sharp blades above the artist are put on contrast by the silent and simple act of mending. the dichotomous result of the instant fear superimposed with the calming effect of the sewing creates a surreal atmosphere in the room. 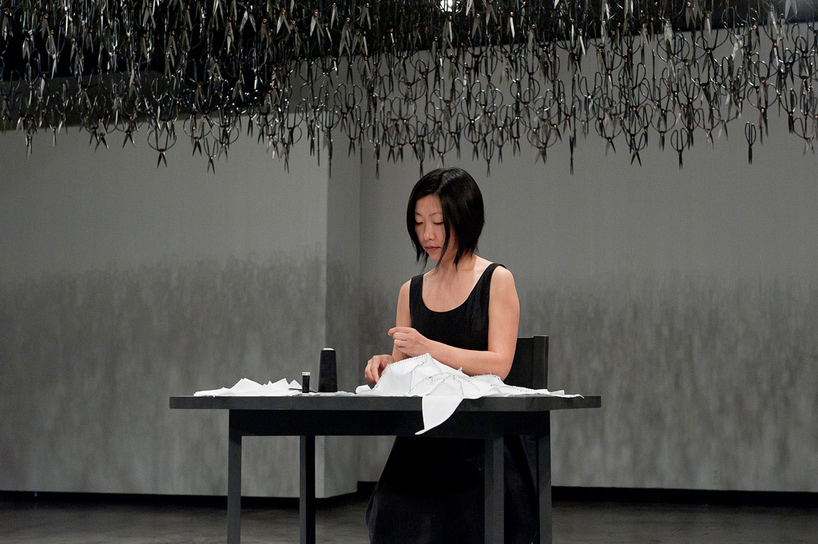 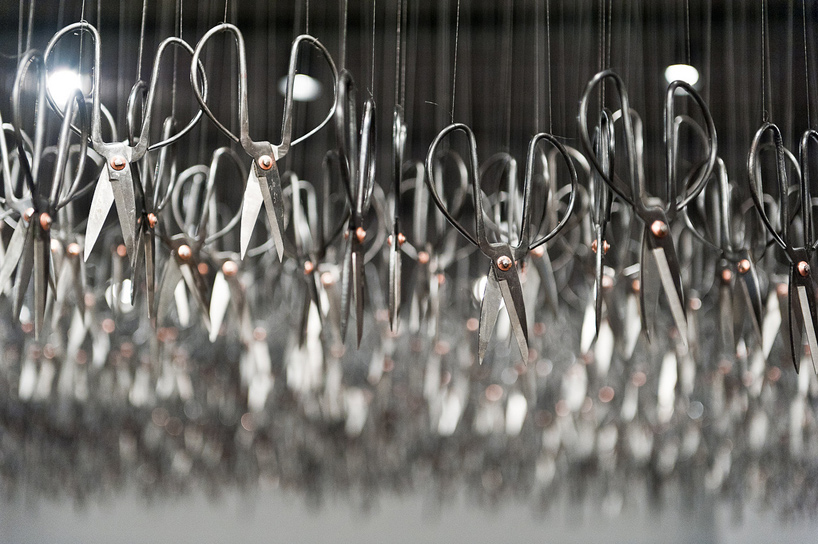 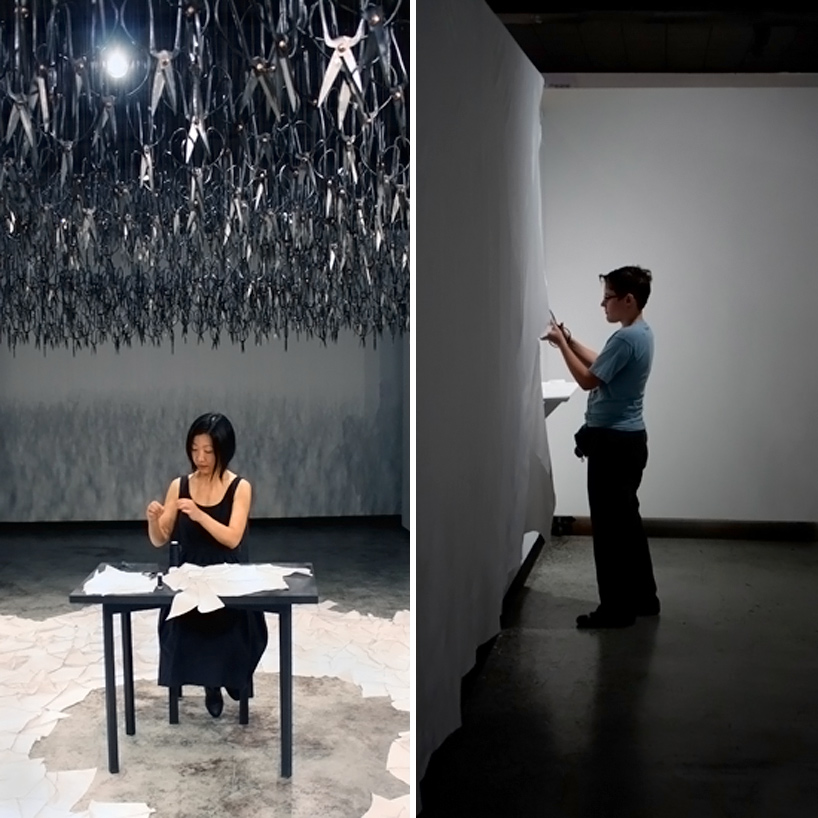 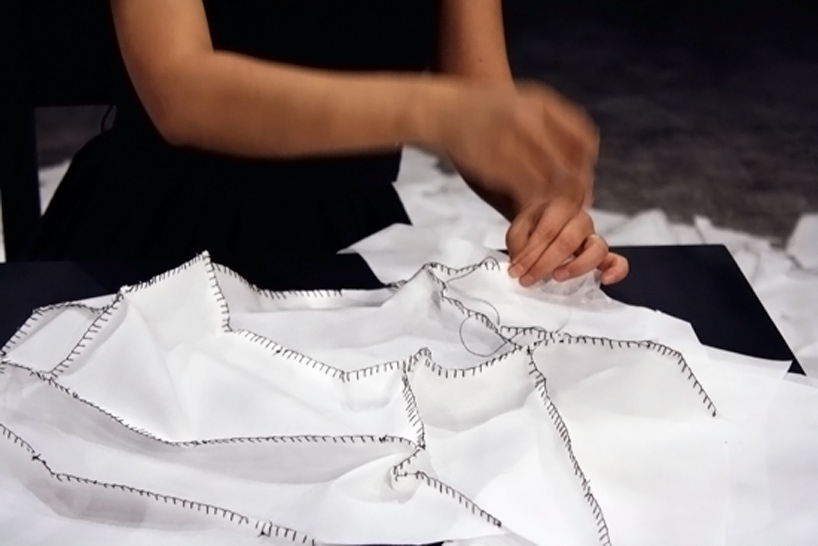 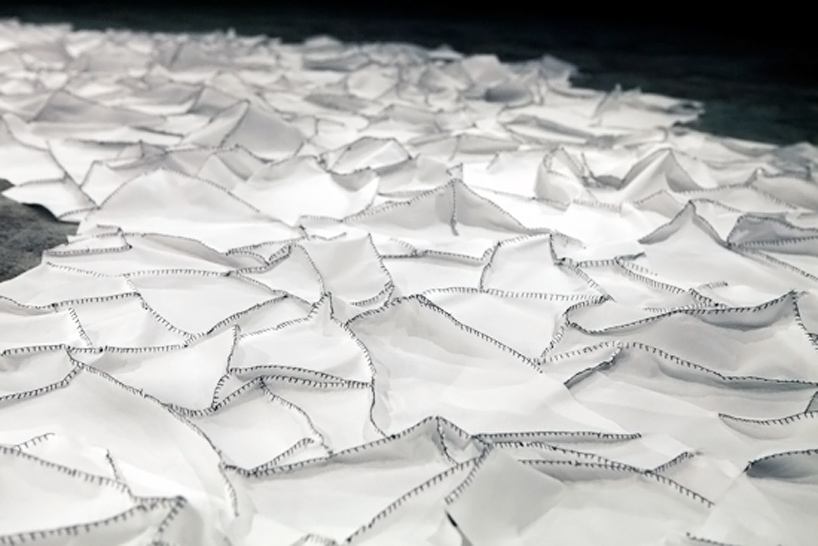