although french artist geroges rousse is a photographer, his work contains a lot of painting. his works are photographs of paintings done on buildings which are made to look like overlays of colour. from the single point perspective of rousse’s camera, his paintings are made to appear 2-dimensional. in reality you would see that the paintings are strategically done in 3 dimensions. this illusion is what makes rousse’s work so intriguing. his ‘durham’ project is currently the subject of the documentary ‘bending space’, a fitting tile to describe rousse’s work. 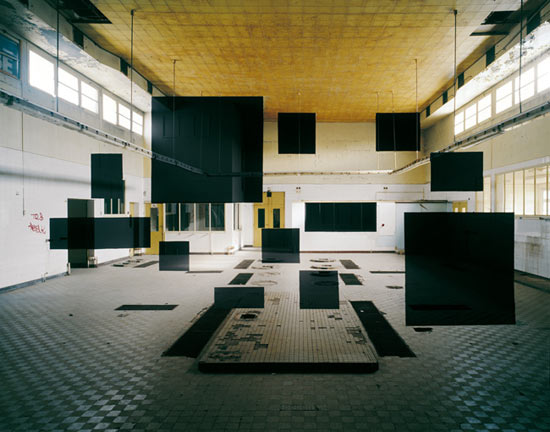 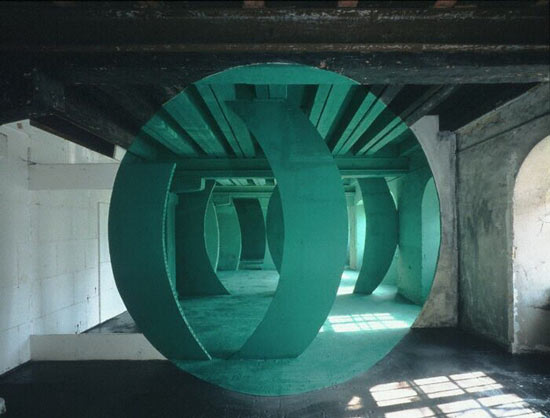 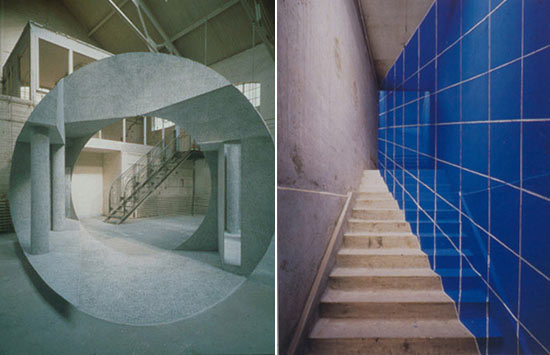 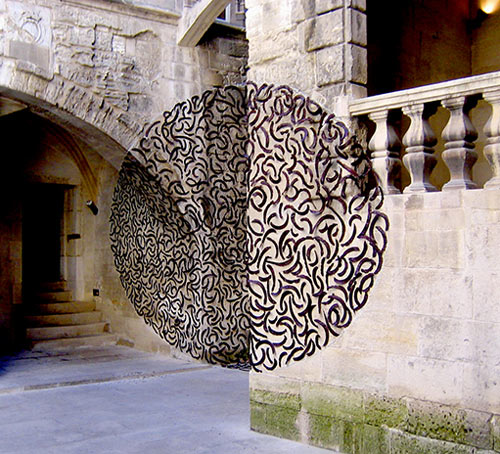 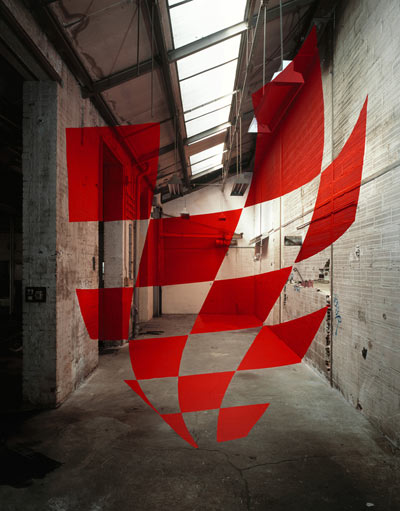 Sep 25, 2020
enzo mari: falce e martello (sickle and hammer) at galleria milano
the abyss that separates the perception of the symbol of the sickle and hammer from the 1970s through the vision of enzo mari.
art
118 shares
connections: 12