for french artist benedetto bufalino, art is a playground for creative exchange. his latest participatory piece rethinks indoor tennis by placing it within the context of a habitable apartment, fitting a faux-grass expanse from floor board to fireplace. from now until october 31st, 2014, bufalino transforms interface gallery in dijon, france into a functioning and fun sport court, where visitors are invited to pick up a racket and strike up a match with an opponent occupying space on the other end of a door frame. 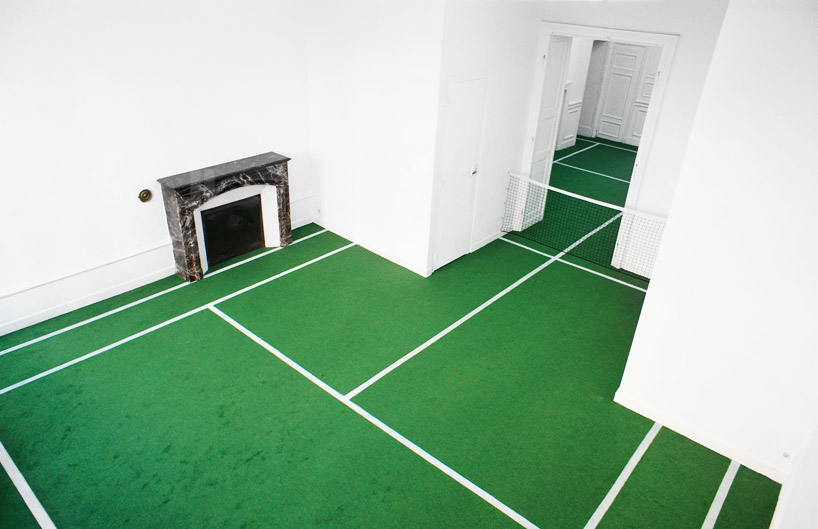 balls bounce over a small-scale net tautly tied from one end of a white-painted wall to the other, with fault lines marking out-of-bounds and serving positions. players must find a way to carefully manipulate themselves and the tennis ball throughout the space, paying special attention to domestic objects strewn about, like radiators and windows. the artist’s application of the unexpected within contemporary art, and his interest in the redefinition of the norm, has led to a spirited situations that invite the idea of ‘art as a game’ to stimulate participation and play. 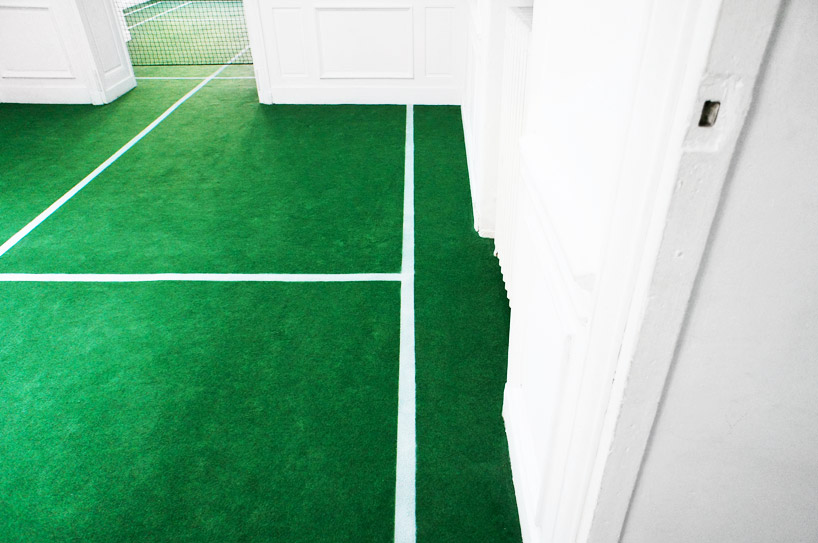 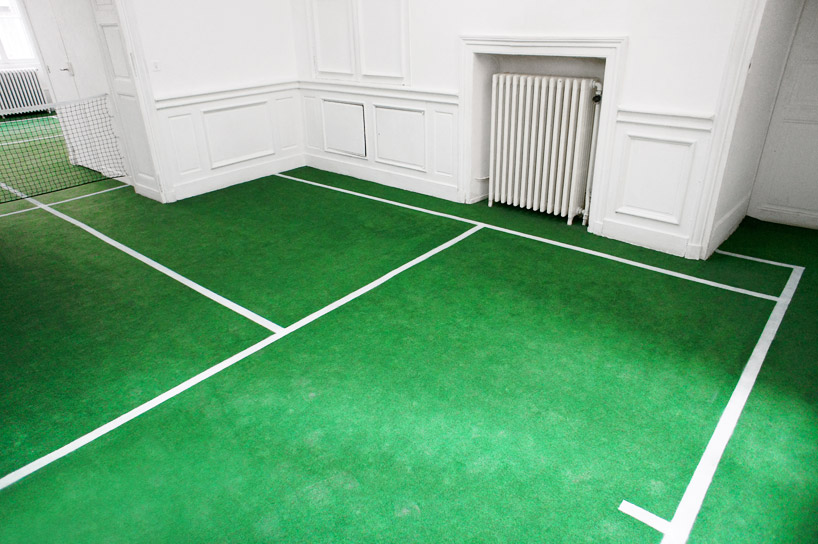 players must pay special attention to domestic objects strewn about, like radiators and windows 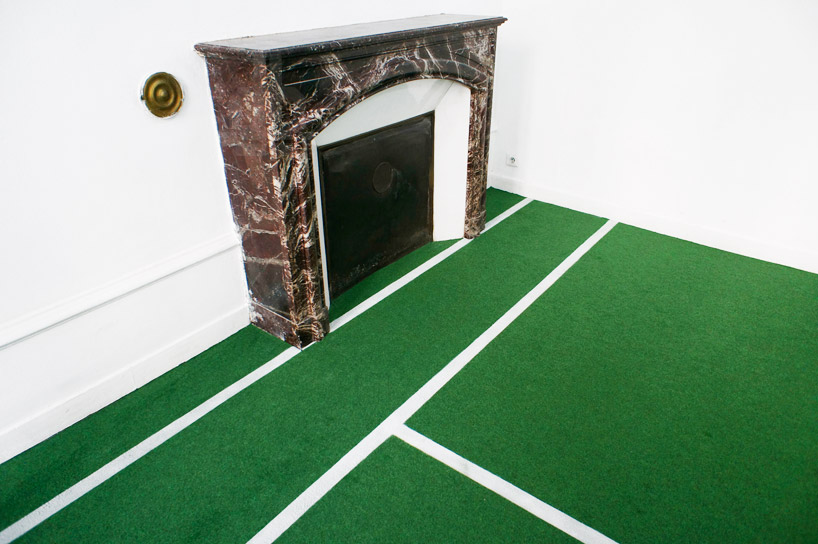 a faux-grass expanse is fit around a fireplace 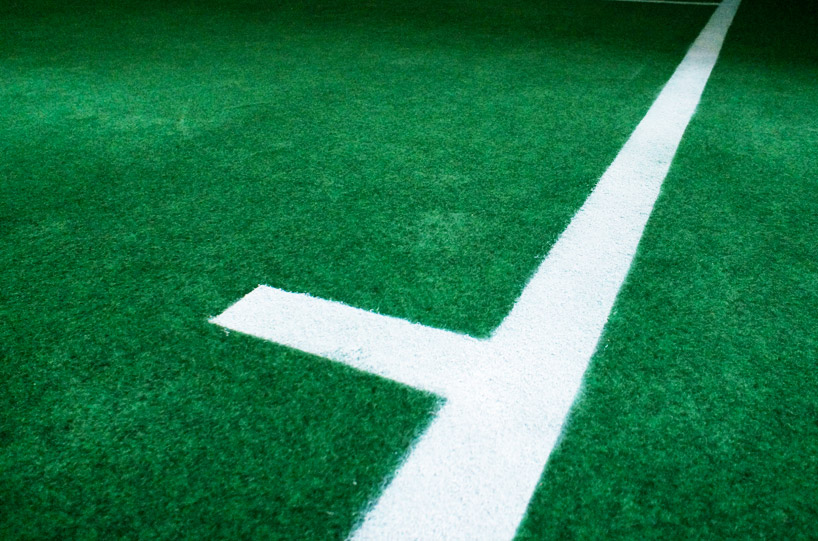 Feb 02, 2023
now complete: anish kapoor's newest 'bean' nestles into the streets of new york
the new 'bean' is snugly squeezed beneath the cantilevering slabs of the 'jenga building' in tribeca.
art
431 shares
connections: +1370
'we are nature' - interview with brazilian artist ernesto neto ahead of engadin art talks
designboom speaks with ernesto neto about hope, spirituality and nature ahead of his participation at this year's engadin art talks.
art
0 shares
connections: +120