at the end of last year, benedetto bufalino lit up designboom with his glistening disco ball cement mixer, which he set in the center of lyon, france. as the mixer rotated, mirrored tiles cladding the truck reflected rays of light across the surrounding site.

now, bufalino brings his disco ball cement mixer across the ocean to the canadian city of montreal, illuminating the urban setting and activating the streetscape. 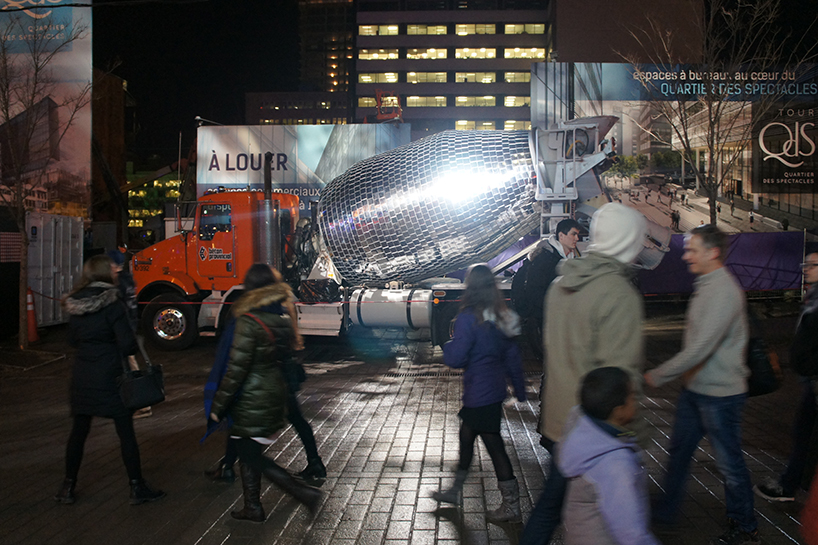 the artistic intervention spreads beams of light across the surrounding site

created for the illuminart festival in montreal, the canadian edition of the disco ball cement mixer creates an improvised dance floor within the context of the large open-air art event. bufalino seeks to enliven the urban landscape with comical interventions and kooky artistic gestures that bring together strangers and friends. together with lighting designer benoit deseille, the artist has reconsidered the original function of a cement mixer and given it an offbeat and innovative new purpose. in montreal, pedestrians can be seen creating impromptu dance parties on the corner of sainte-catherine and de bleury streets. 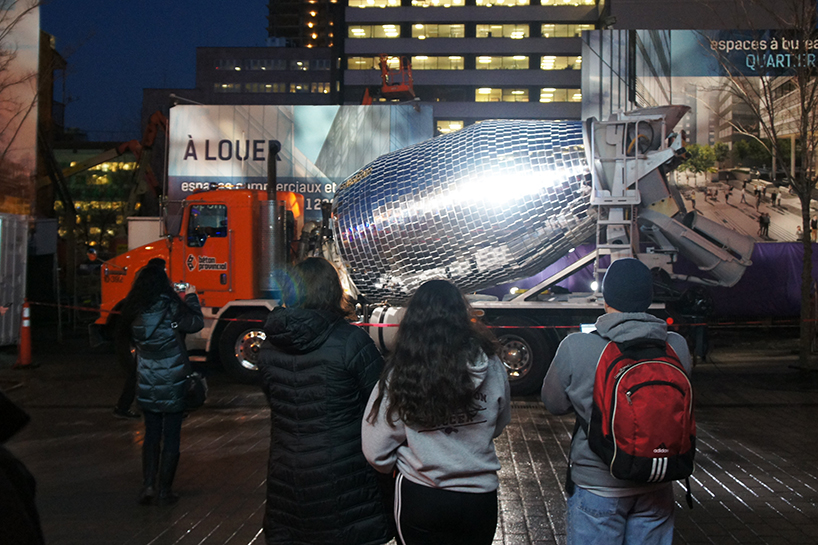 the streets are activated by the giant disco ball 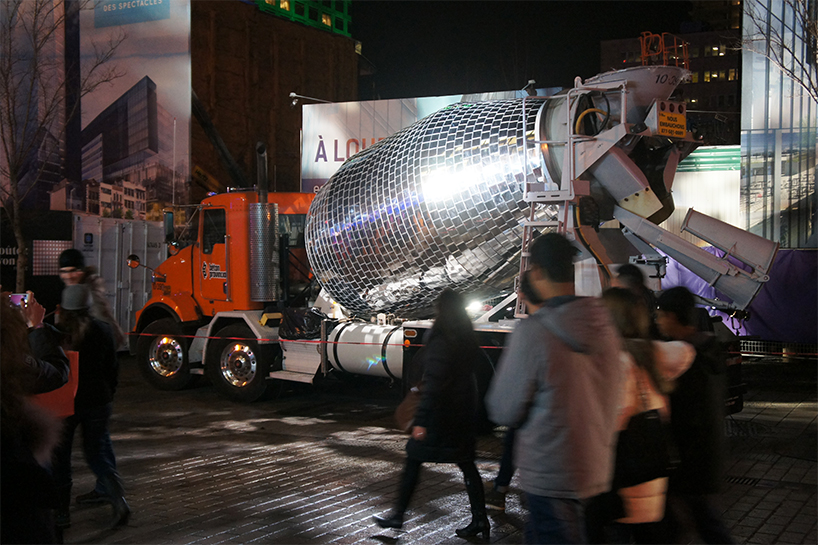 a cement mixer is given an offbeat and innovative purpose 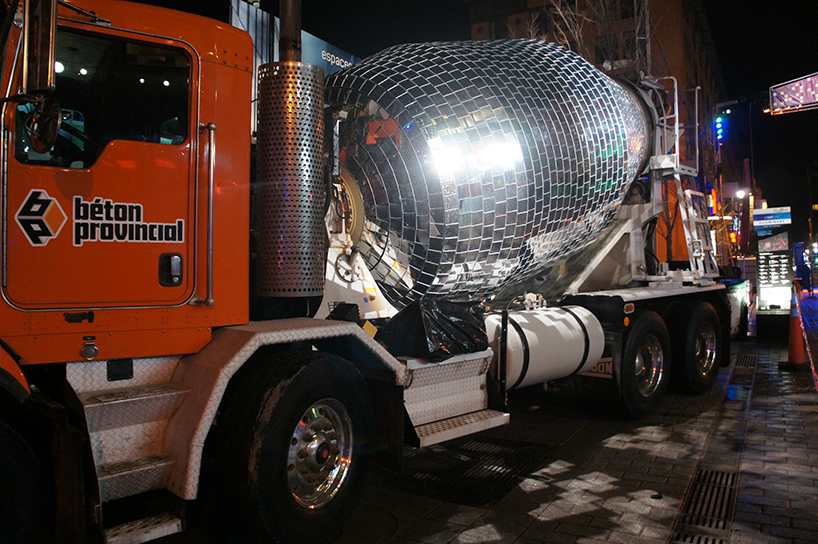 strangers can come together to create an improvised dance floor 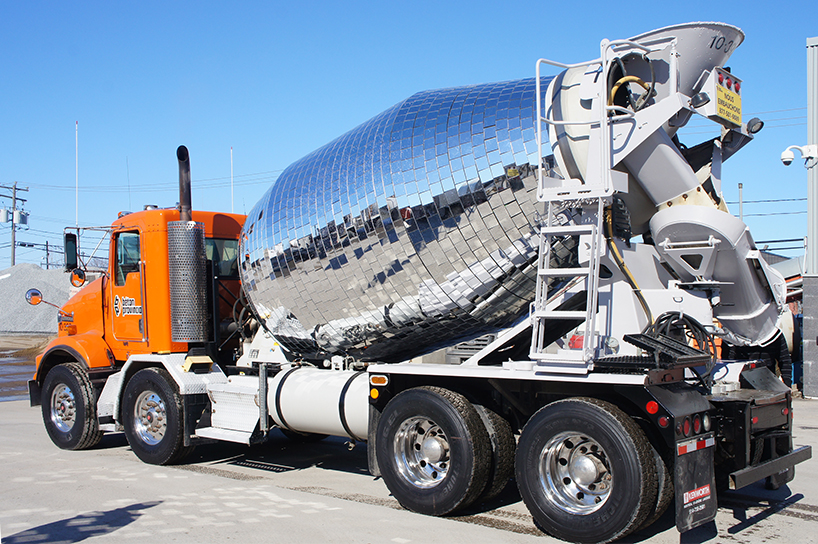 the disco-ball cement mixer glimmers and gleams a radiant spectrum 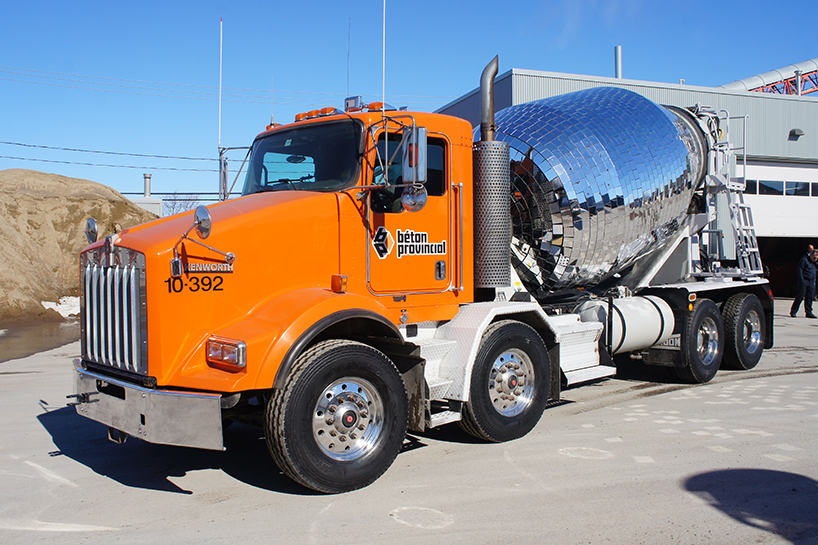 the latest iteration continues the disco ball project, which first began in lyon 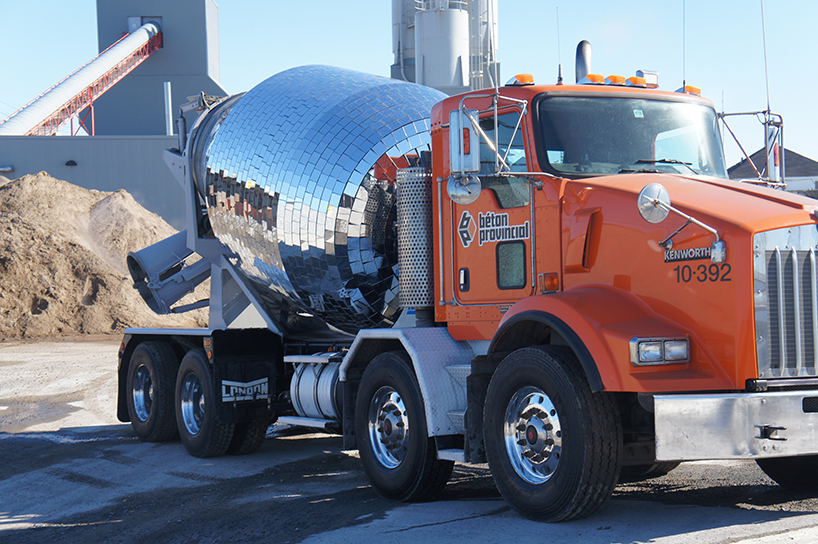 an ordinary cement mixing truck has been clad in mirrored tiles 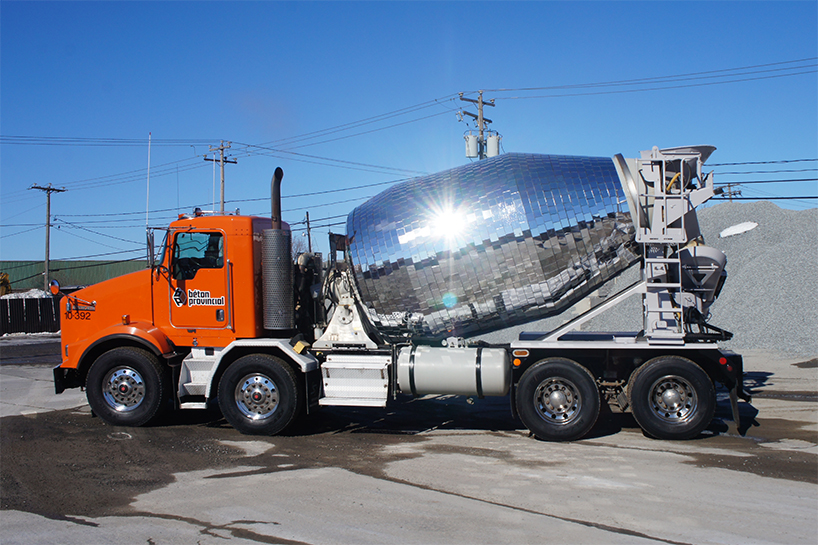 light reflects off the mirrored panels and the drum continually rotates 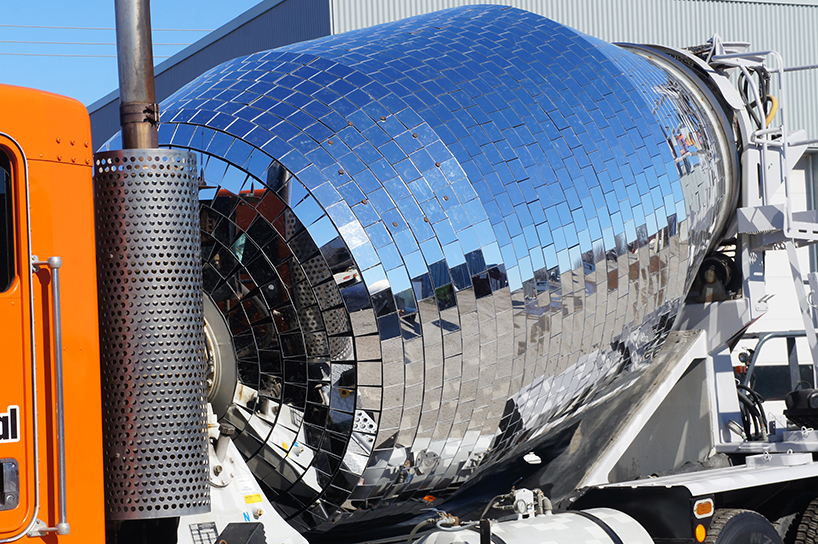 bufalino has a knack for turning the ordinary into the absurd