the artistic adventures of french artist benedetto bufalino can be trademarked by visually humorous transformations of consumable cultural objects. for one of his latest projects, he has reconstructed a 1970s french police car into a fully-functioning chicken coop fit for a farm. ‘la voiture de police poulailler’ is a old, urban vehicle whose interior has been gutted — save a few interior elements like the steering wheel and clutch — while the outside maintains its original signage: a vinyl police banner and blaring emergency lights situated on the roof. bufalino has opened the passenger doors as well as the hood, and trunk and fit wooden constructions inside, keeping them perpetually ajar. chicken wire closes up the exposed openings and contains the livestock in the enclosed space. by remodeling the recognizable automobile, its purpose is renewed into a quirky artwork that can be interpreted as both a sculptural object and a functional piece. 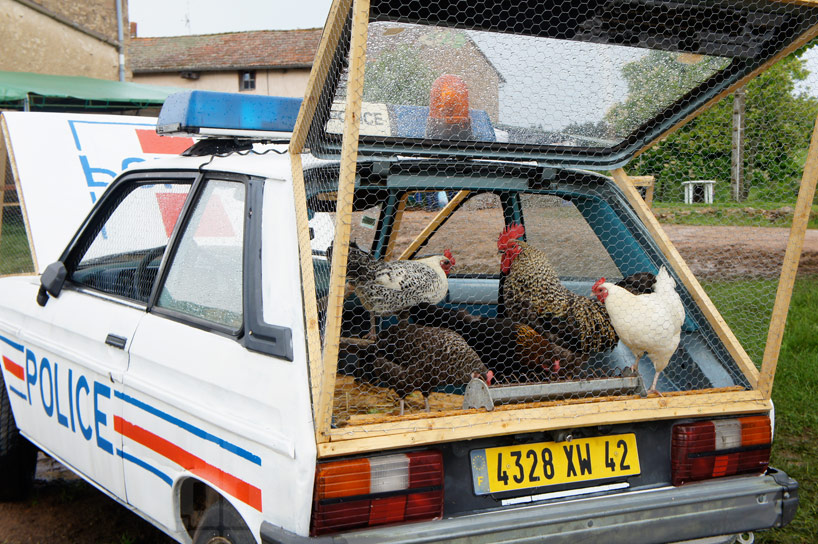 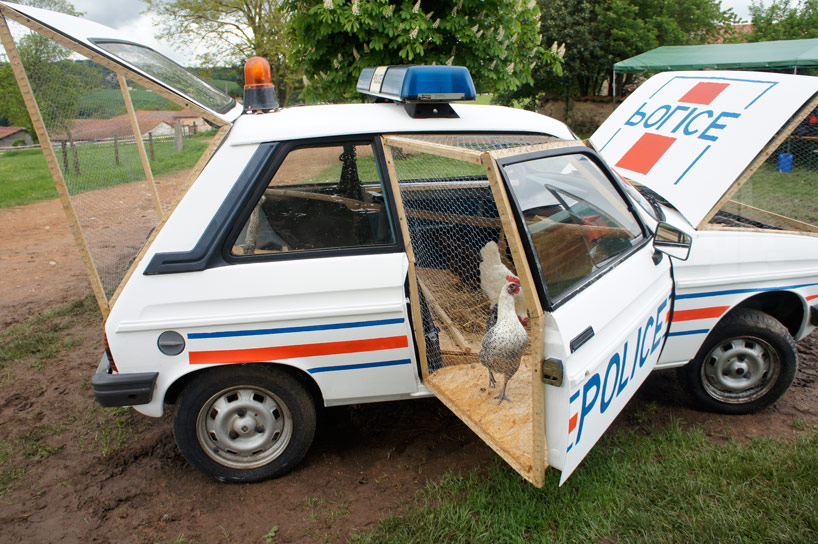 the doors, hood, and trunk have been opened and fit with chicken wire 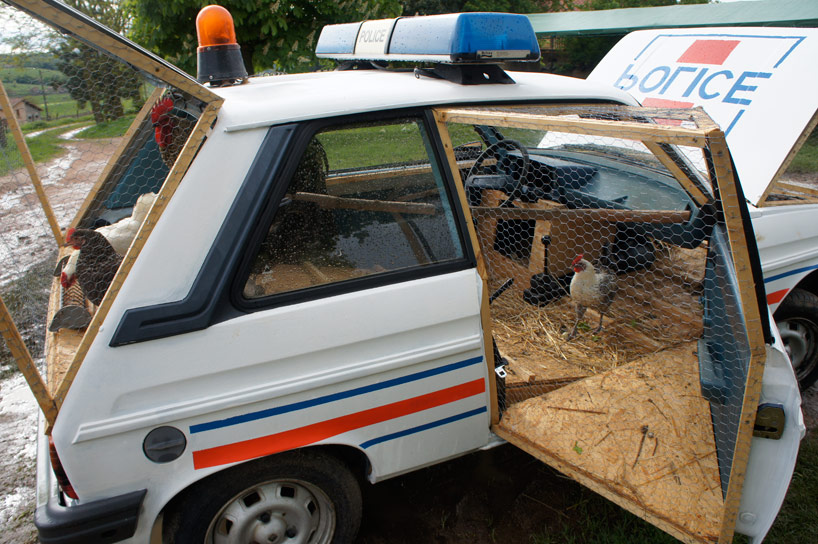 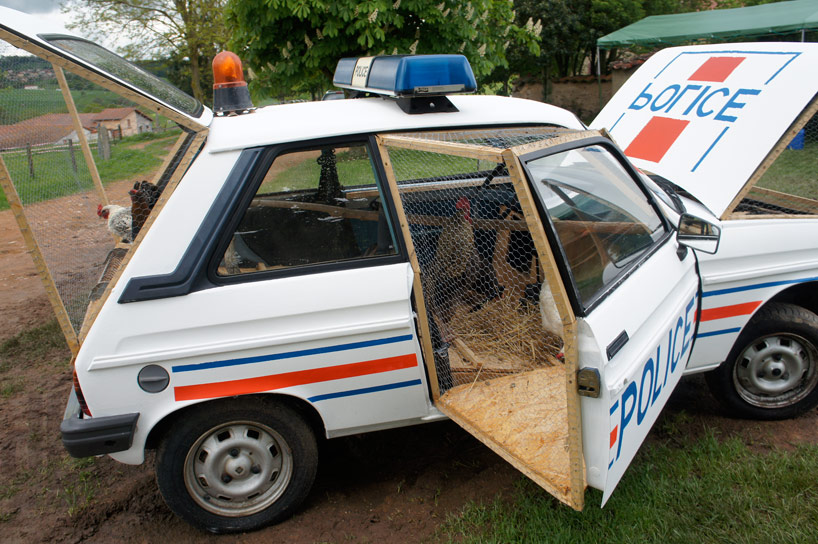 the exterior of the car maintains the police imagery 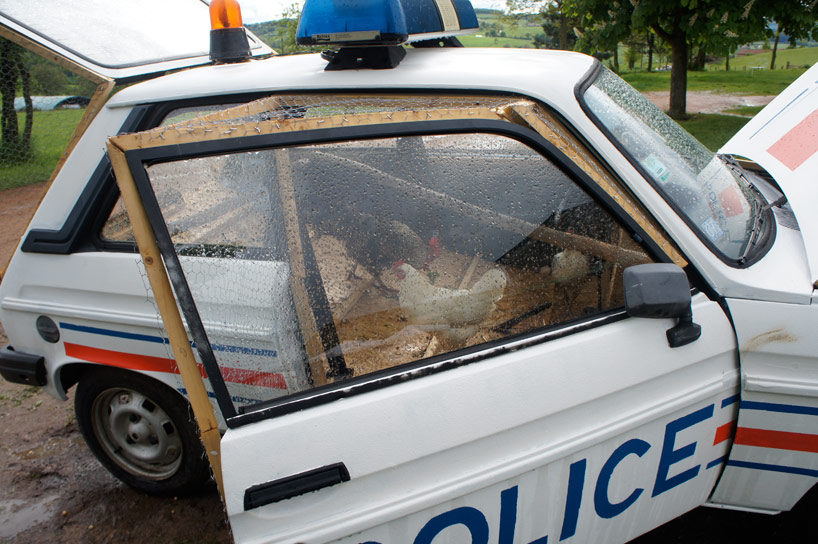 chickens visible through the passenger window 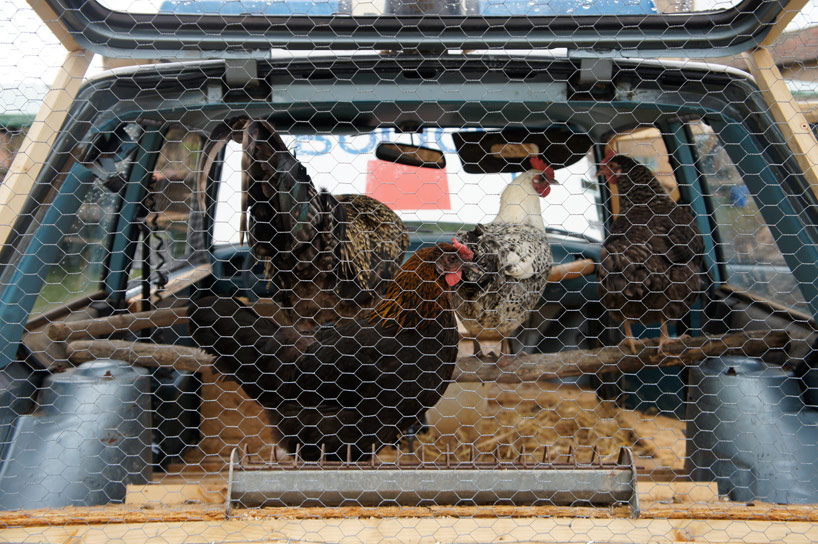 the chicken coop extends to the rear of the vehicle 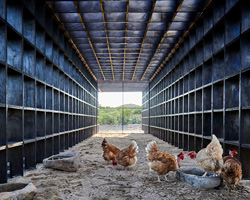 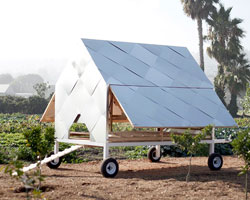 Dec 06, 2019
a solar-powered chicken caravan by doh studio is a 'coop on wheels' 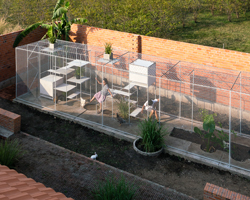 May 06, 2018
chickens and ducks feel a little less cooped in this tropical space habitat 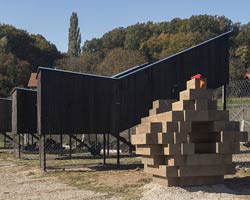 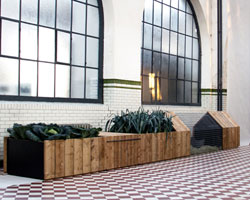