in keeping with the theme of his humorous urban interventions, french artist benedetto bufalino has sent a residential caravan soaring into the sky. ‘la caravane dans le ciel’ is a mobile trailer situated atop a sky jack that slowly moves upwards towards the clouds. towering over trees and building-tops, the hybrid habitat is gradually lifted into the air and at night, the mysterious illusion lights up the sky with its illuminated interior windows. 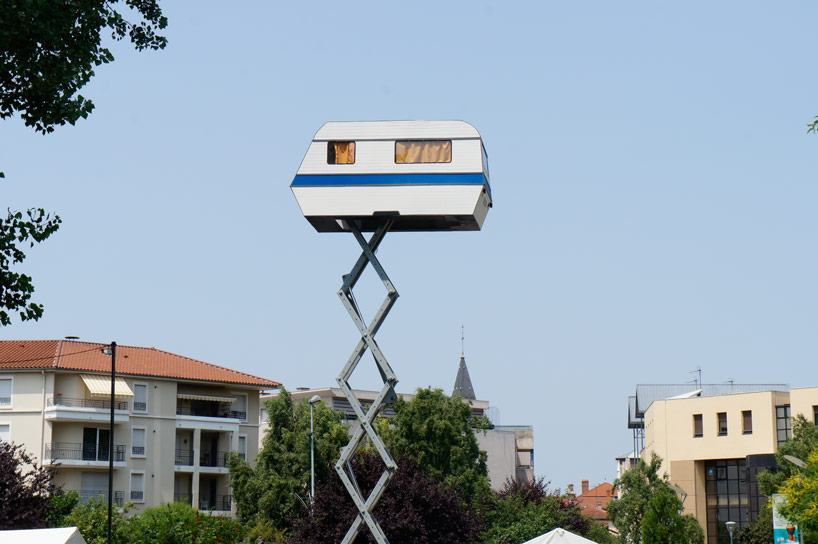 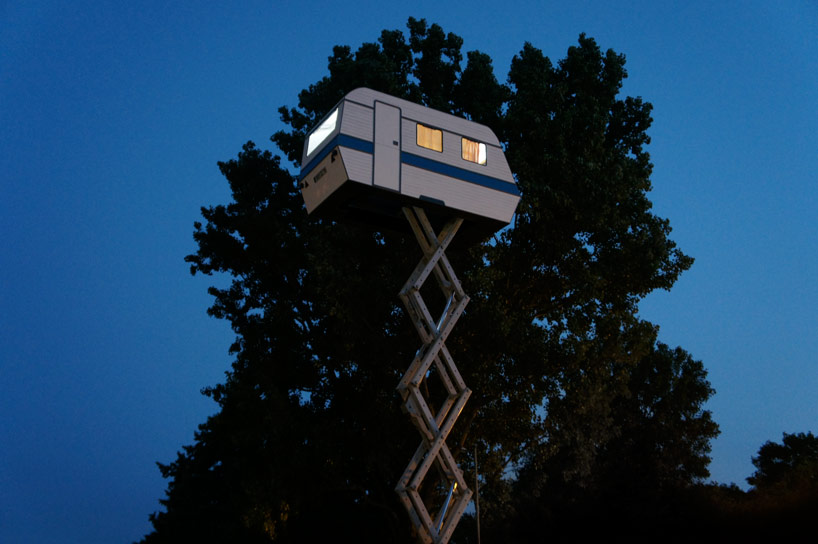 the caravan nearly reaches the tops of the trees 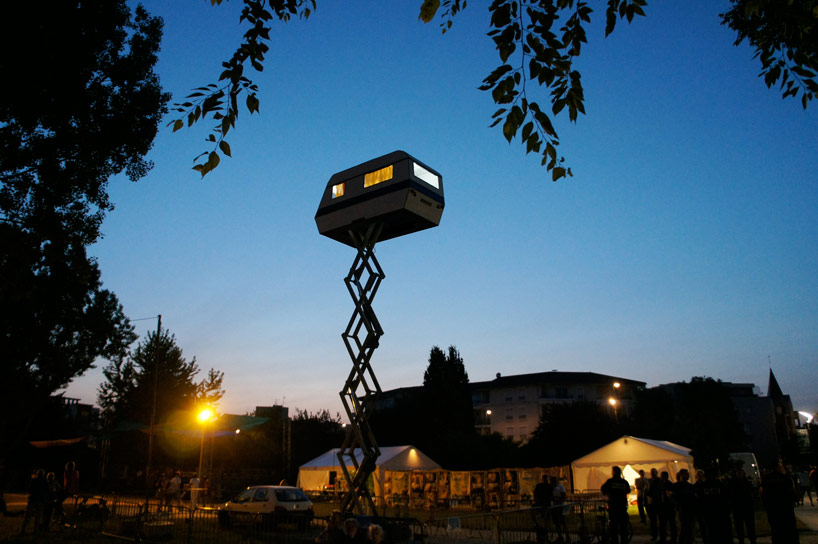 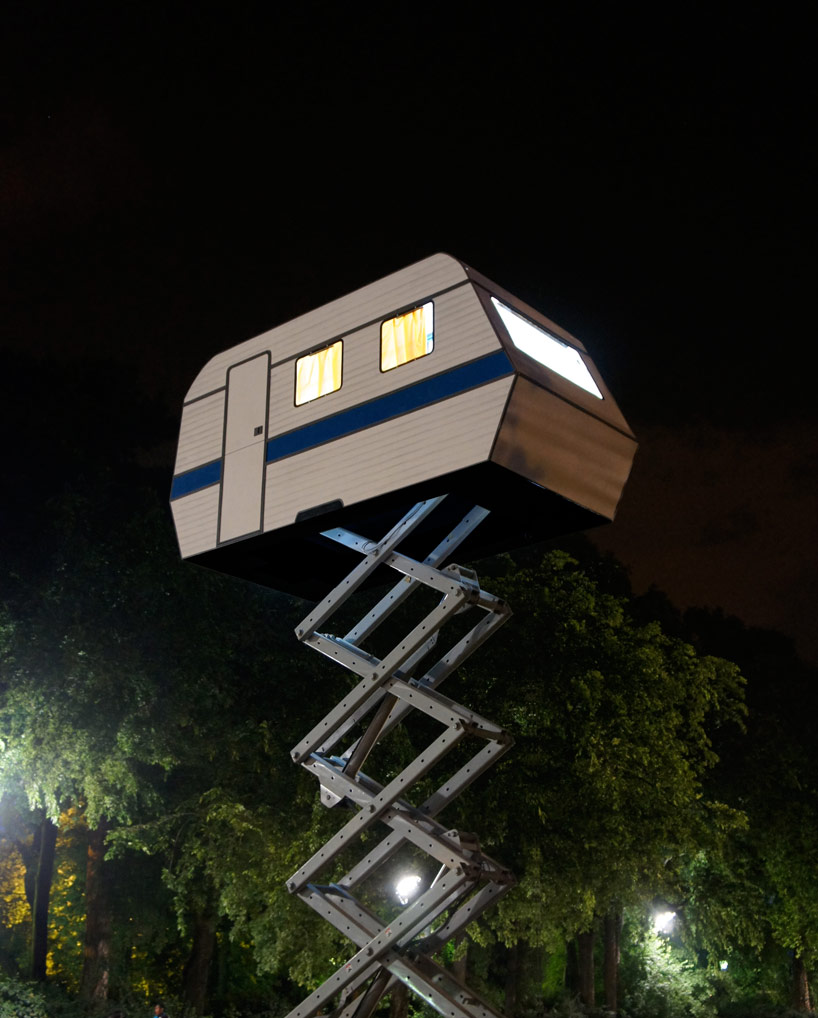 the caravan soars in to the sky at night