from playable ping pong tables made from upside down cars, to aquariums built from telephone booths, benedetto bufalino has made a name for himself transforming ordinary objects into whimisical works of art. now, the lyon-based artist has turned his attentions to street signposts, transforming the commonplace signifier into a fully-functioning skateboard.

titled ‘le poteau cédez le passage skateboard’, bufalino has turned a street signpost on its side before adding wheels and taking it for a ride. by distorting or hijacking the objects that surround us, using design, art or architecture, he offers a reflection – a game – on the functionality of our living environment. 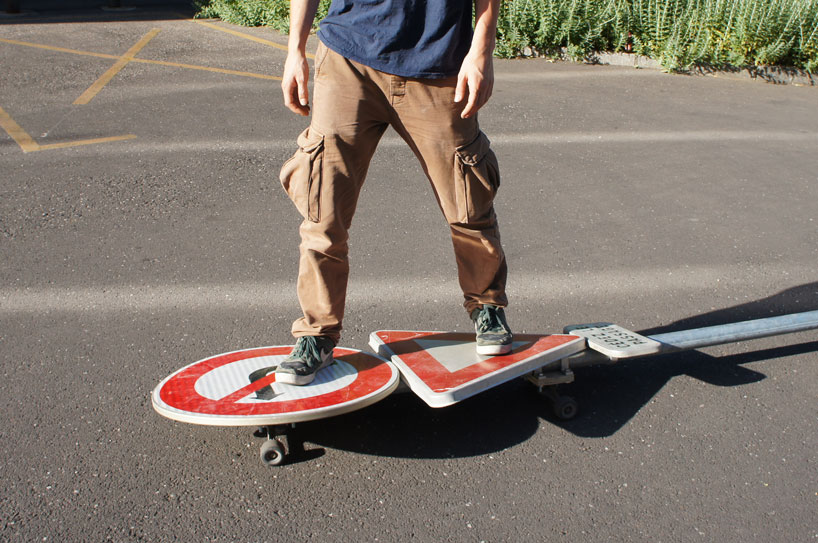 to create the artwork, bufalino worked with skateboarders from besançon, a city in eastern france which has a burgeoning culture for urban sports. it recently opened the CCUB (center for urban cultures in besançon) which saw a €500,000 renovation of an old tennis club to accomodate various kind including skateboarding, rollerblading and breakdancing. 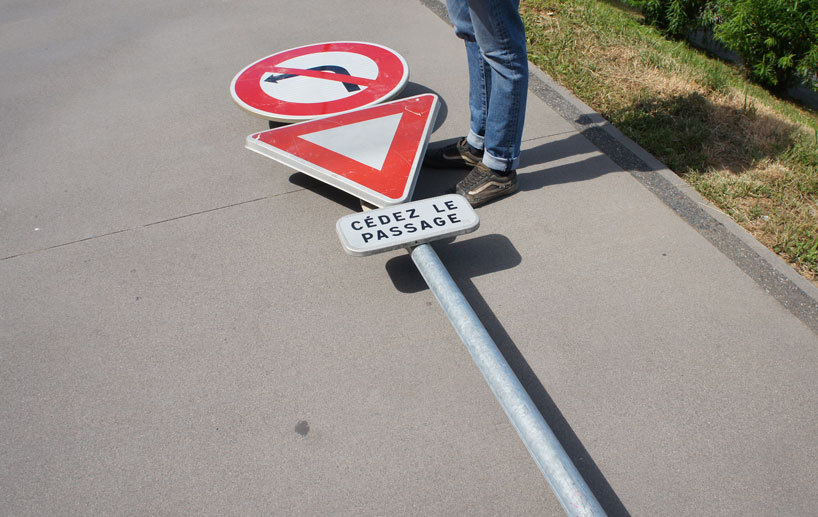 for several years benedetto bufalino has been enriching public space with an enchanting and entertaining appeal, turning ordinary objects and ideas on their heads. earlier this year he cut a fiat coupé in half, turning it into a street food car, and last year he transformed an old caravan into a mobile swimming pool and an old car into a wood-burning pizza. 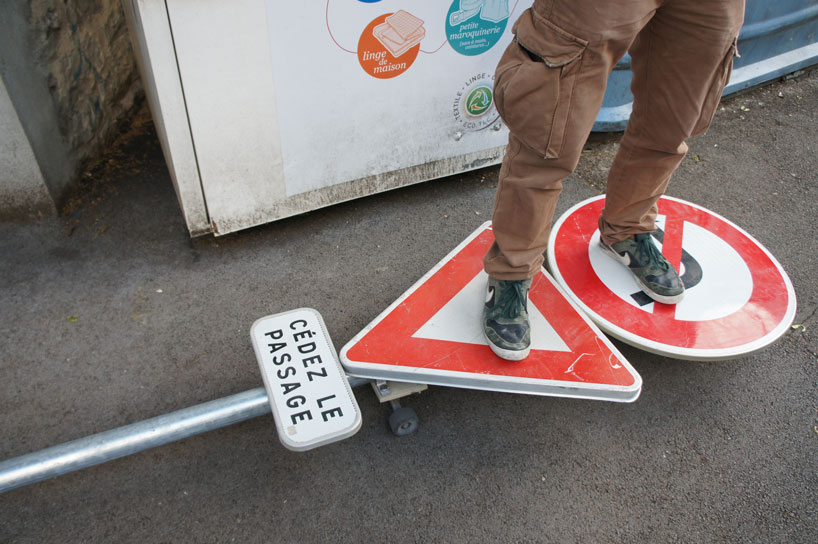 Jun 01, 2018
this old car was turned into a wood-burning pizza oven 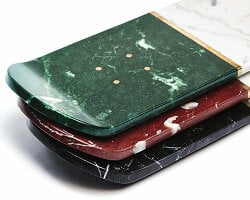