within paris’ palais de tokyo — a space typically devoted to contemporary art — benedetto bufalino has placed a playable basketball court, where gallery-goers and curious passersby can participate in an impromptu, informal game. an all-orange sports field infills the institution’s ground floor, forming a space for practice and play. to reach other areas of the museum, visitors can not avoid entering the field, becoming either a spontaneous player or an intruder. 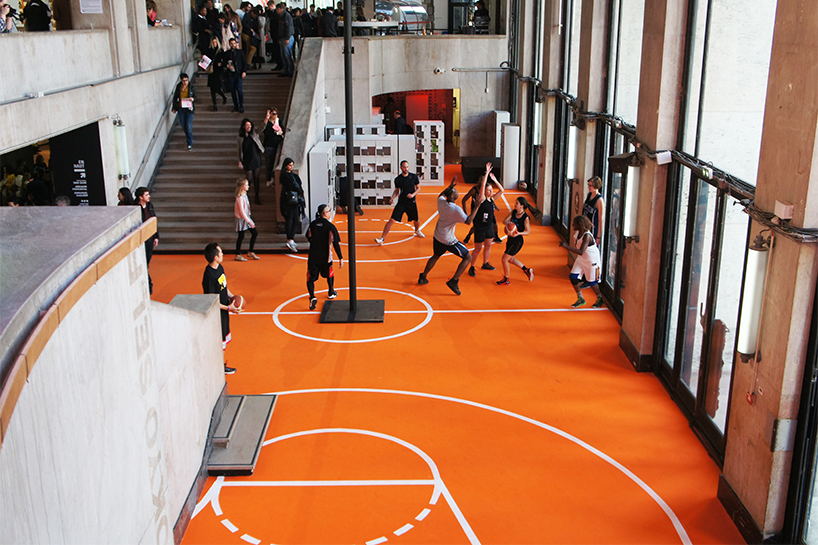 the architecture of the palais de tokyo is seemingly built around bufalino’s basketball court. to activate the setting, visitors must set rules together, and agree to participate with the architecture and with others. for example, one ‘team’ decided that to score a point, they must make the ball touch one of the staircase ramps on either side of the pitch. another group suggested that if they pass the ball to a person from the public, and if it’s returned directly to them, they score one point. 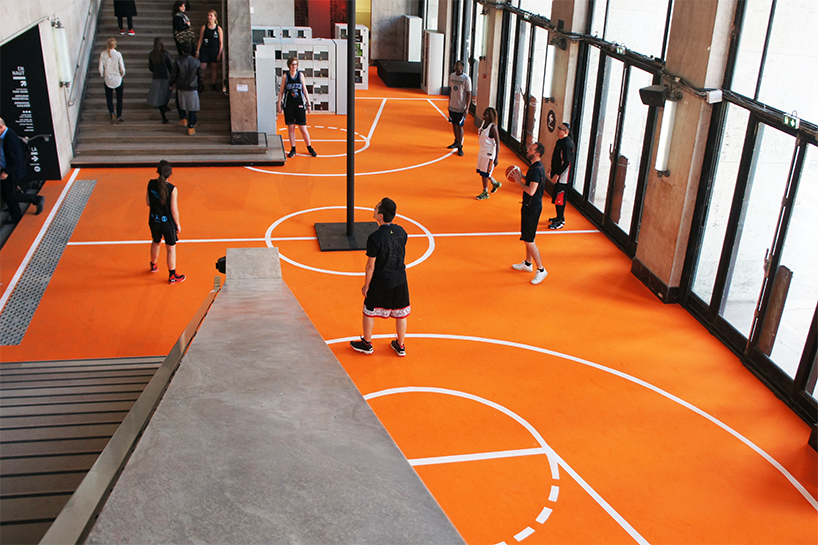 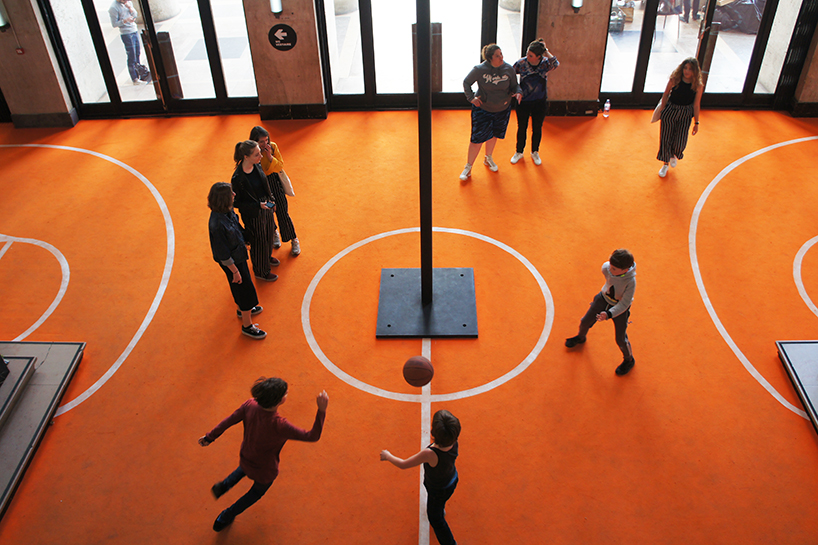 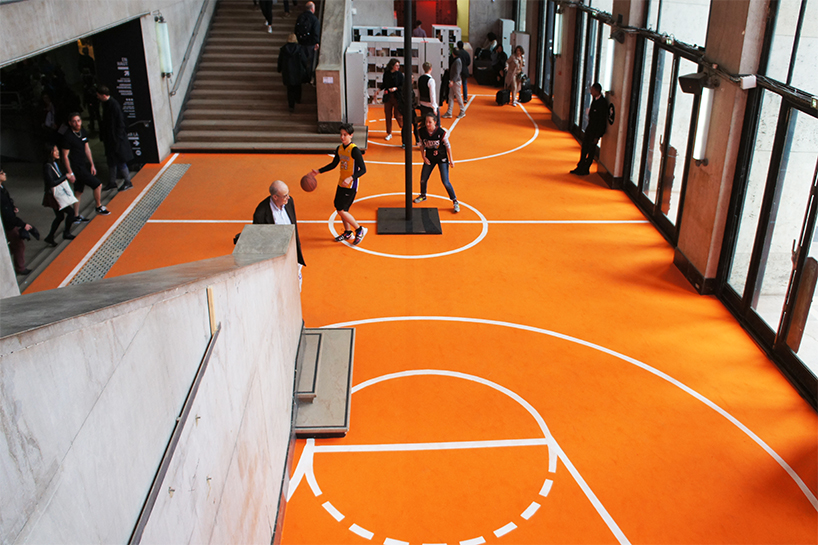 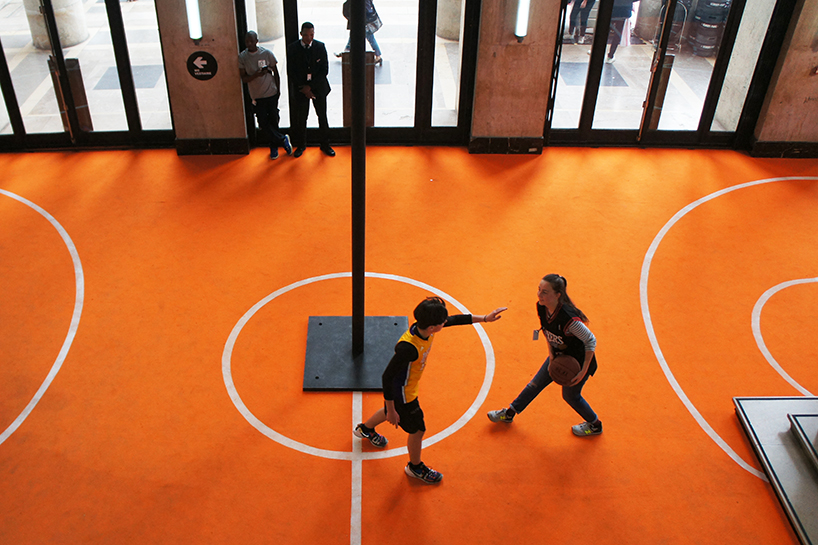 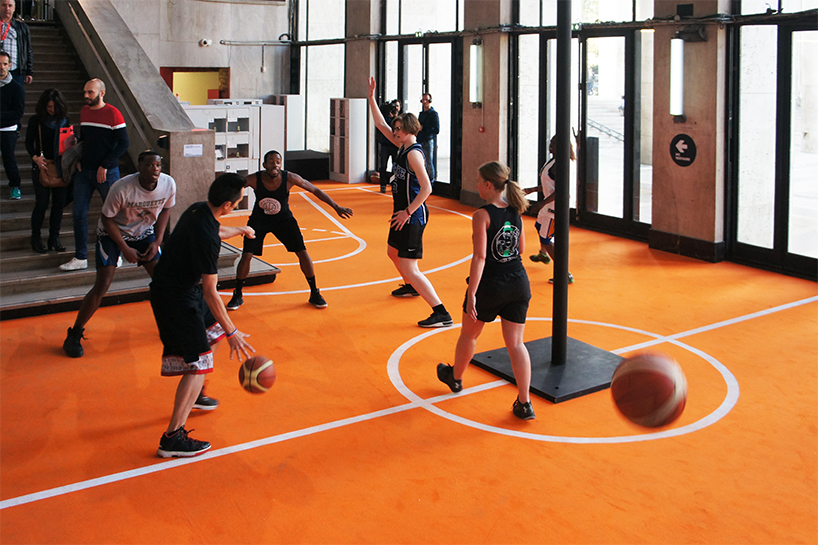 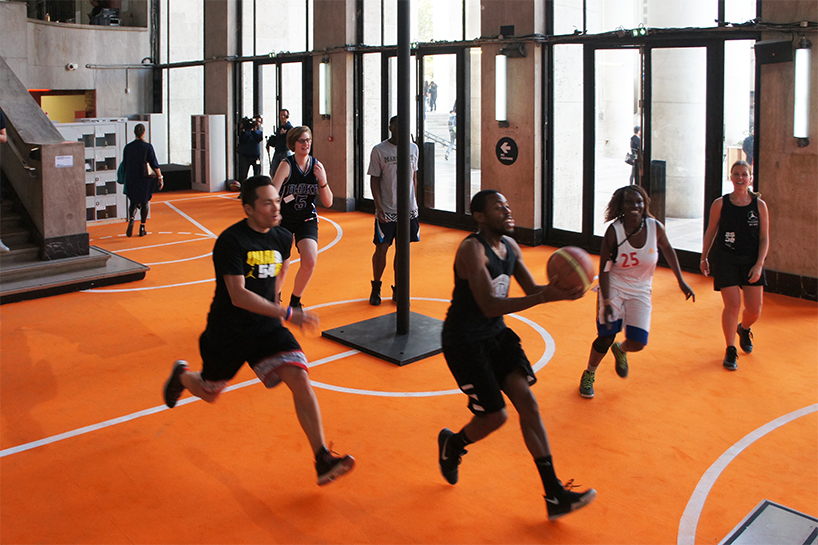 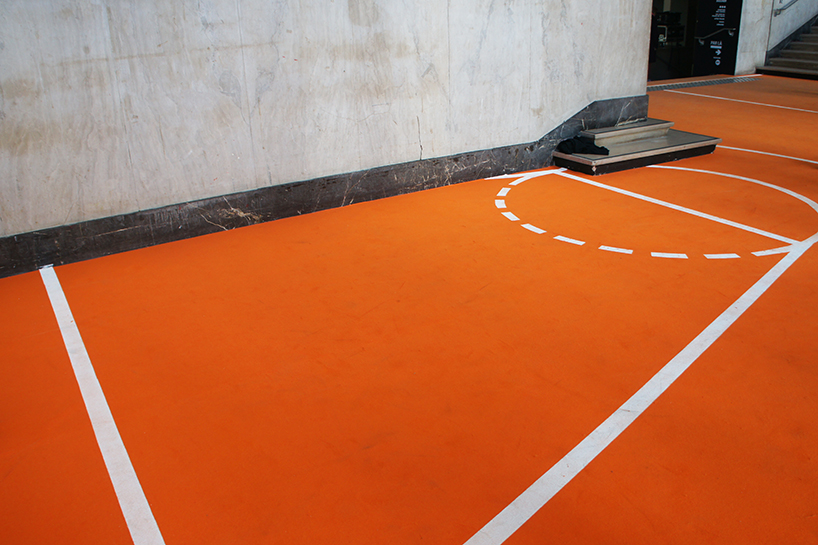